"Laid-Back Camp" and "Grancrest War": Get Hooked on Anime in Faraway Places!

This week, we preview two new simulcasts that take you far from home 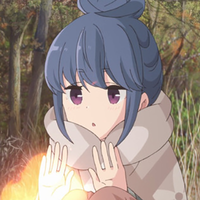 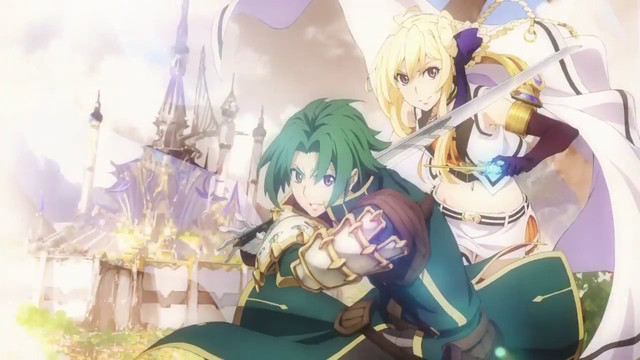 Is your idea of adventure fighting monsters and usurping rulers in far-off lands? Or would you rather bundle up by a campfire with hot coffee and a book? Whether you prefer adventuring in the familiar or the fantastic, this week's new simulcasts may just get you hooked! What awaits you in the premieres? Let's find out! 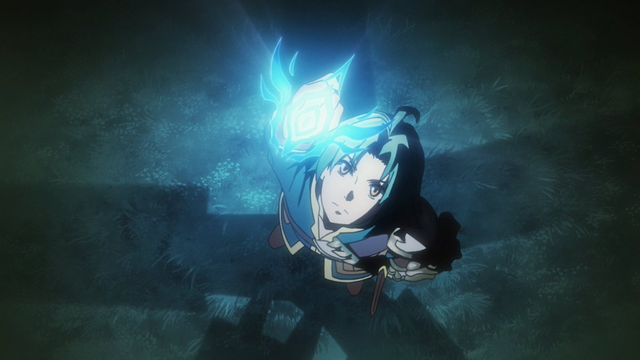 If the title of this fantasy series sounds somewhat evocative of another fantasy anime series, it's not just you. Record of Grancrest War is the latest show from Ryo Mizuno, the writer and game designer who brought Record of Lodoss War to life. But Grancrest isn't a Lodoss continuation -- rather, it exists in its own world, designs for a series of light novels and a tabletop RPG.

Fortunately, if you're not familiar with either, the first episode gets you plenty acquainted. Our protagonists are the mage Siluca and the hero Theo. Grancrest is a world where demons from the Chaos dimension reign, and theoretically the shiny magical Crests that nobles wield on their hands will help stil those demons from destroying everything. But said nobles are more interested in beating each other up to buff the Crests' power and get more land than, you know, saving the world.

Except for Theo. Theo wants to save his land from its reigning tyrant. Fortunately, he meets Siluca, who is more than happy to help Theo power-level to achieve his goals.

The Hook: Never ever make fun of yourself or anyone else for writing stories based on your tabletop campaigns, because guess what this is? Record of Grancrest War has, from its very beginning, the flavor of a tabletop RPG you'd play with your friends. In fact, if you're a regular gamer, you can probably translate most of the events into who rolled what. But even if you're not into tabletop gaming, the magic system of the series is accessible enough that you can understand it on a first watch.

Also... Siluca. Siluca, what's up with you? She appears to be a help, but we may be seeing some serious headbutting before this series is out.

Who Is It For: Gamers, of course. D&D fans, absolutely. And those who've missed Record of Lodoss War. But really, it's for anyone looking for some exciting, magic-filled fantasy.

Record of Grancrest War airs Fridays at 8:30 AM PST. 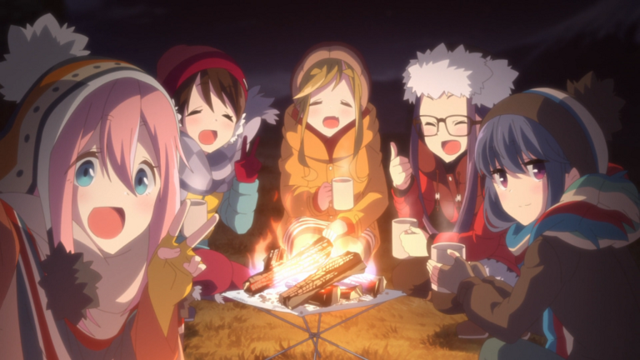 Not too much for death-defying adventure? That's okay, we can collect pine cones instead.

From the very beginning, Laid-Back Camp exemplifies its title. We only meet two regular characters in this first episode, and spend most of our time with only one of them. The topknotted Rin is an old hand at camping, to the point that even campground staff recognize her. We're in for what seems to be a chill evening of learning how to build a campfire...

And then there's Nadeshiko.

Nadeshiko is, admit it, likely any of us in an open-air camping: terrified and confused and can't even see the enormous mountain behind us. She's just moved to the area, and enjoying the wonders of nature is the last thing on her mind as she's managed to forget everything from her own address to her new phone number. Fortunately, Rin is there to save the day.

The Hook: Laid-Back Camp is one of those sweet and heartwarming shows that, really, we could all do with more of. In a category with A Place Further Than the Universe, it's just people being happy and discovering things. It's not exciting, it's not dangerous, it's not full of plot twists. It's like hot soup on a cold day: it's warm and good and there for you.

And really, right now, that's more than enough to make a show worth watching.

Who Is It For: Obviously, if you're tuning in for high-octane viewing, you're likely to be a little disappointed. But at the end of a long day, or when you're stuck indoors snowed in, or when you just need a little reminder that people aren't all that bad, it's really for anyone.