Where Do You Start to Get to A Place Further Than the Universe? 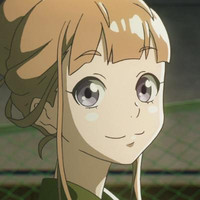 Every journey, no matter how grand, has to start somewhere. That’s unsurprisingly also the case for this season’s A Place Further Than the Universe, with its intriguing subtitle: "A Story that leads to the Antarctica." I’ll admit that I didn’t take the whole Antarctica thing seriously before starting the show, thinking that a trip to Tokyo’s night life district, like in the second episode, would be just as much of a journey into the unknown for these wide-eyed girls as a hardly possible trip to the South Pole would be. But A Place Further Than the Universe actually seems to be taking the adventure route, and the ambitious destination is, indeed, Antarctica. But before they actually get to waddle with the penguins, they need to start somewhere, and the starting point is in Gunma Prefecture, which is also where we’ll be starting this week’s installment of Anime vs. Real Life.

While the idea about high school girls going to Antarctica may sound a bit silly at first, Shirase actually has a good and understandable reason to go, which you should better find out yourself if you haven’t got to watch the show yet. But Mari’s motive to set out on this adventure is not too far of a stretch, either.

Mari is more or less a normal high school girl, who’s afraid of not making the most out of her youth. It probably didn’t have to be Antarctica for her, as she undoubtedly would’ve sprung on any fitting opportunity to break out of her daily routine, just so that she could see more of the world than her rather sleepy hometown.

This brings us to her hometown, which has been deliberately chosen for the story. As you probably already noticed in the show, or even just the screenshots here, the city of Tatebayashi, located in the far southeastern tip of Gunma Prefecture, isn’t exactly the most exciting place in the universe, and certainly not the place where one would find the thrill of adventure.

While the mountainous, landlocked Gunma Prefecture is known for its high-quality hot springs and abundant nature, Tatebayashi itself doesn’t really have too much to offer.

One of the town’s attractions is Tsutsujigaoka Park, which boasts over 10,000 azalea trees, and also serves as the place for most of Shirase’s and Mari’s team meetings.

And this is the Lawson convenience store in Tatebayashi where Mari and Hinata are trying to gather enough money for the expensive Antarctica excursion.

I reckon that we’ll get to see Tatebayashi Station a couple more times in the anime, as this will likely be the jumping-off point for the group's upcoming adventure. It takes around one and a half hours to get to Tokyo, and many, many more to Antarctica.

But the next station from Tatebayashi Station is Morinjimae Station, which was where Mari and Shirase have their life-changing first encounter.

From there it’s not too far to Morinji Temple, which was constructed in 1426 in honor of the folktale called Bunbuku Chagama, involving a tanuki able to shapeshift into a tea pot. 21 tanuki statues line the approach to the temple, several of which already appeared in the anime.

"It felt like anything could happen!"
(via A Place Further Than the Universe) pic.twitter.com/aNNf4vwYbW

And now, let’s jump to the excellent chase scene in the second episode, which perfectly managed to capture the essence of youth and adventure.

To attend the informal meet-up of the Antarctic expedition, the girls head to Shinjuku’s infamous Kabukicho district, Japan's largest red light and entertainment district, which is filled with hundreds of restaurants, bars, nightclubs, hostess clubs, and the likes.

The expedition team’s meet-up probably didn’t take place at the hostess club in the basement, but rather the meat bar on the second floor.

On the other side of the street, the girls try to somehow slip into the meet-up.

But only until they get spotted.

From then on it’s a wild chase through all of Shinjuku. I tried to retrace their paths as closely as possible, but they were jumping around a bit here and there.

Here they pass through the Shinjuku Golden Gai, a network of six narrow alleys, all lined with tiny bars and clubs.

They also pass by Shinjuku’s famous Robot Restaurant, which I, unfortunately, still haven’t had time to visit, even after it made a brief appearance in Alice & Zoroku.

Unfortunately, the girls get caught in front of this seafood restaurant in Shinjuku.

And last but not least, let’s finally get to the Antarctica part. The ship we get to see in the fantastic opening and the end of the first episode also exists in real life. The Shirase is an icebreaker operated by the Japanese Maritime Self-Defense Force, carrying out Antarctic expeditions. The ship was named after the Shirase Glacier, which in turn was named after army officer Shirase Nobu, who led the first Japanese Antarctic Expedition in 1910–1912. While the expedition failed in its goal to reach the pole first, Shirase is still regarded a Japanese pioneer of Antarctic exploration. It’s certainly not a coincidence that one of A Place Further Than the Universe’s protagonists is also called Shirase, and I’m sure we’ll soon enough get to find out why.

What kind of place do you have in mind when you think of A Place Further Than the Universe?