OPINION: Black Clover May Be THE Best Shonen Anime Adaptation 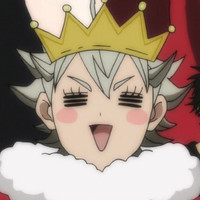 With Black Clover continuing from Fall into Winter, now seems like an opportune time to discuss just how amazingly good it’s been so far. Pierrot has a high bar set for themselves after decades of producing the anime series for some of the most iconic shonen titles of all time. Despite simultaneously releasing both Boruto and Black Clover, they’ve outdone themselves with both anime this past season using careful story pacing and moderating their animation resources for some truly standout action sequences.

We might just be in a golden era for shonen right now, with each of the major titles to see releases in the past two years have shown us an improvement in production. Bones’ scheduled breaks in the production of My Hero Academia are a welcome change if it means ensuring the same quality and providing time for the manga to stay ahead of the anime.

As an adaptation, however, Black Clover is truly a standout. Regular, small additions to the story interspersed into the main plot that result in an anime that builds upon the characters and themes set out by Yuki Tabata in the manga. Whether as a creative decision, a way to avoid filler, or a little bit of both, Pierrot has struck gold with these extra subplots and character moments that make Black Clover one of the most impressive adaptations I’ve ever seen. 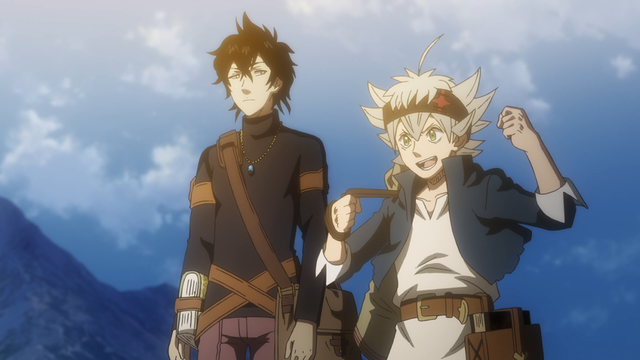 The first major piece of original content is the anime-original episode devoted to Asta and Yuno’s pilgrimage from their hometown of Hage to the capital city to take the exam to become Wizard Knights. The rivalry between the two is the centerpiece of the series and probably one of its more attractive features with the wholehearted friendship between Asta and Yuno, not masked behind grudging respect or posturing. This anime-original episode really brought this to the forefront in their interactions, showing two individuals who have spent their lives together getting on each other's nerves, competing over every little thing, and ultimately loving and supporting one another.

As much as the story of Black Clover focuses on the rivalry between Asta and Yuno, Asta is unquestionably the main character and the manga spends the majority of the time following along with him and his fellow Black Bulls. After joining the Golden Dawn in their exams, that’s essentially the last we see of Yuno in the manga until he reappears for this latest arc with both of their squads exploring the dungeon. During the Black Bulls downtime in the anime, however, we're treated to another original subplot featuring Yuno's time with his own squad during a mission in which they're tasked with guarding the noble he defeated during the exams, Salim, back to his home city. 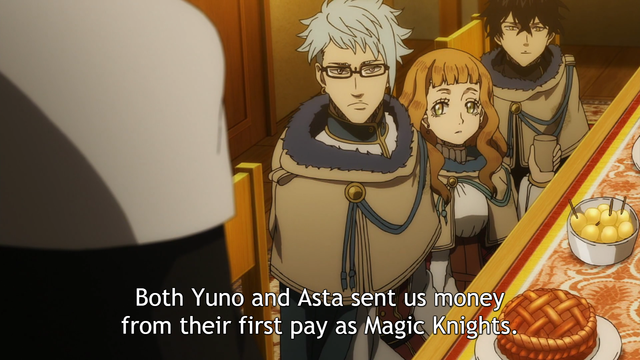 Things obviously get more complicated than that, with the noble's secret intent to get revenge on Yuno for humiliating him, but the subplot covers a massive amount of ground when it comes to worldbuilding. Through Yuno’s interactions with his squadmates and ward, we’re given a better perspective on how nobility looks down on the peasant class. Asta’s interactions with the Black Bulls, a squad built entirely of rejects, does little to paint this picture of discrimination while Yuno’s relationship with the Golden Dawn shows the uphill battle both of them face in their quest to become Wizard King. It also establishes the events that lead to a mutual respect between Yuno and his squadmates, all while spending more time developing the second half of this central rivalry in the series.

There’s also a ton of tiny scenes or expansions on existing scenes in the anime that have built up the supporting cast around Asta and Yuno. Our understanding of Noelle has definitely benefited from this treatment. Her troubled relationship with her family due to her inability to control her magic is introduced in the anime before she even appears in the manga in the added scene in which her brother prohibits her from participating in the Wizard Knight exam to avoid public embarrassment. We also catch a brief extra scene of her spying on Asta's warm greeting to the Black Bulls, her reaction heavily implying she didn't receive the same treatment and setting up some of the resentment she shows her squadmates after her formal introduction. 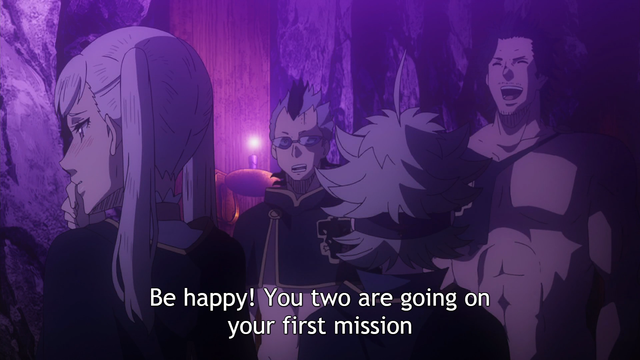 Even smaller interactions between characters, like a ton of extra lines to establish Gordon as a creepy but surprisingly heartfelt member of the Black Bulls, showing how Asta has given Sister Lily a knee jerk violent response to romantic advances, an earlier introduction of Klaus’s embarrassment over his glasses, or turning a throwaway line from the manga about a lost bet into a funny gag for Magna and Yami that transformed into a heartfelt backstory for the younger delinquent, make the world feel lived in and provide fuel for future growth and gags that fill in each scene.

Pierrot has blown me away with their work on Black Clover. Filler has always had a rough place in the anime fandom, so finding ways to pad out the story with character pieces that contribute to the existing narrative is the best of both worlds. Even fans of the manga who don’t normally tune-in can find reasons to check Black Clover out with what essentially comes out to bonus content. I can safely say I’ve enjoyed the anime more than the manga. As far as adaptations go, I have to hand it to a series that goes the extra mile by not just highlighting the strengths of its source material, but expanding upon them to create and an even stronger story.