From Curses to Cursing: Get Hooked on Winter Anime's Weirdest!

This week, we take a first look at "Pop Team Epic" and "Junji Ito Collection" 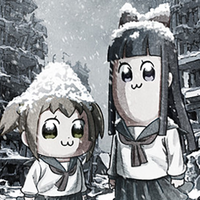 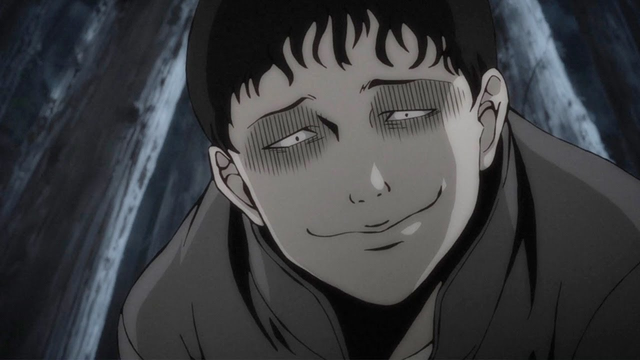 Are you sitting comfortably? Good, then we'll begin.

In a season full of romance, adventure, and school comedy, two shows are notable for their utter strangeness. They're also sourced from two manga series with massive cult followings. So now it's just a matter of who freaks you out more: Junji Ito and his menagerie of horrors, or Bkub Okawa and the professional trolling of Pop Team Epic. 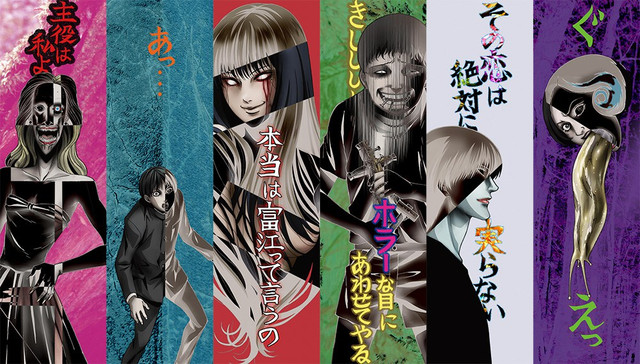 From the mind of the manga artist who brought us Uzumaki, The Enigma of Amigara Fault, and that one with the robot fish, Junji Ito Collection is an anniversary anthology series celebrating the horror master's weirdest. There's not a lot of through-line to follow here, as each episode is two stand-alone tales of terror from his huge body of work.

The series kicks off surprisingly tame, introducing schoolkid Souichi. He's strange, unpopular, he chews on nails (metal ones), and he has a really hard time understanding social cues. But the student's issues don't just manifest as social awkwardness; he's got a hobby of casting curses. Unlike the creepy kid in the back of your fourth-grade class, Souichi's curses actually work.

The bulk of the first episode covers this story, which -- while having some creepiness and a couple monster-sized scares -- is one of Ito's tamer stories. There's little to nothing in terms of his infamous body horror. So people coming in might feel a little let down that they're not getting the full dose of terror.

The Hook: Until "Doll Transformation."

As with its original manga iteration, this story is a blink-and-you'll-miss-it tale of a world in which children are slowly turning into wooden dolls. When one couple's daughter finally succumbs to the full transformation, they refuse to burn her as other parents have done with their own children. But after a few days of keeping her as a memento of herself... they realize exactly why the other families did what they did.

And if you were unsure about the show's ability to mimic the twisted, hyperrealistic horror of its creator, the first episode's final shot will remove all doubt.

Who Is It For: Junji Ito fans may be a little disappointed in the show's slow start, but the final shot is definitely a sign of things to come. If you're craving the weird, creepy, gross, and unhinged, you won't get it for the majority of the first episode. Still, you'll get a chance to take in the general aesthetic of the series before it picks up steam.

Horror fans looking for something new will enjoy the delve into Ito's world... but if you're easily grossed out or don't like being shocked or scared, this may be one to miss.

Get started on Junji Ito Collection. 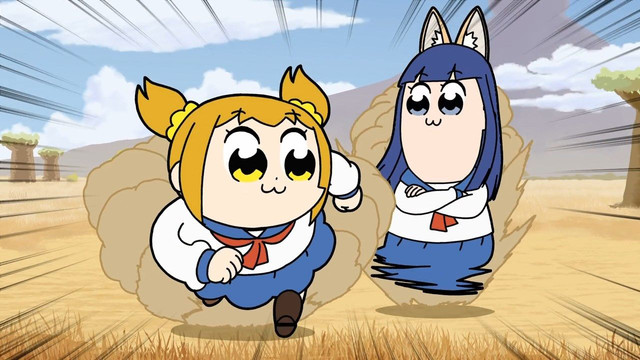 If you're in the mood for a lot of references and having absolutely no idea what's going on, then we've got you covered.

Pop Team Epic is infamous among fans for its surreal and irreverent humor, as well as its creator Bkub Okawa's constant trolling (such as creating and debuting a whole new manga only to reveal it was actually Pop Team Epic season 2.

As for the voice cast? Take your pick. The episode is shown twice with different leads in the roles.

The Hook: Somehow, and we're not entirely sure how, this weird mixed media monster manages to actually convey the real feel of the show. The random gags with occasional bits of running comedy, combined with the leads having their voice actors swapped out among notable names in the industry, means the show manages to hit the same frequency as the original 4koma.

A bonus for artistic types: the studio goes out of its way to hire indie creators to do some of their segments. So not only is it bringing entertainment, it's providing jobs for creators and helping them get their foot in the door of the industry!

Who Is It For: Uh. Well. You'll know pretty quickly if it's for you. That's the best we can say.

Get Started on Pop Team Epic.

QUIZ: How Well Do You Know Horror Master Junji Ito? Find Out With This Birthday Quiz!