An anime-styled Souls-like with some ambitious new mechanics 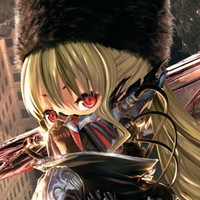 With the death of Dark Souls comes a new era of games looking to recapture its gothic grandeur, its danger, and its difficulty. Where the US market has stumbled with titles like Lords of the Fallen, Japanese developers have already delivered a successful adaptation of the formula with Nioh, taking the familiar style and adding unique elements to create a new experience. Code Vein may be the greatest departure yet, focusing on the same horror elements and breathtaking environments with some new gameplay features that can only be described as extremely ambitious.

Mechanically, Code Vein had all the hallmarks of a Souls-like, although I found my character feeling more rigid and slow to react. This may have been due either to my familiarity with frontloading inputs as with the Souls games or the more lightning-fast responsiveness of Nioh, but I found my walking speed and transitions between guarding and attacking to be a bit sluggish. This was primarily the case with lighter weapons, however. When wielding a sword or a hammer roughly twice my characters height, the accompanying range and expected windup felt much more organic. 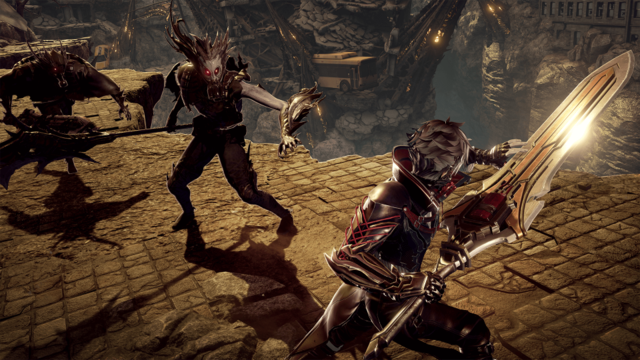 While much of the mastery involved in the game was focused on memorizing enemy attack animations and exploiting openings, Code Vein also adds resource management as a dimension to the gameplay. You possess a retinue of utility abilities like buffs and a shot that can pull single enemies away from groups, but all these things require ichor. Ichor is primarily obtained by using your Draw attack, a huge wind-up dashing strike using your claw hand that’s very similar to Nioh’s iaijutsu attack. In addition to a ton of damage and knockdown, draw also steals ichor.

Need for ichor as a resource changes up the game a bit. Areas with enemies playing dead, after the initial surprise of their counter-attack, become valuable opportunities for you to Draw attack on them before they can stand on subsequent run-throughs. Unfortunately, I get the feeling that the draw attack is supposed to be a high-risk, high-reward maneuver but the amount of range and hit stun it provides makes it feel very spammable against weaker enemies. Although this might change as difficulty increases in later level, early on the majority of enemies represent easy sources of ichor and I was typically maxed out. 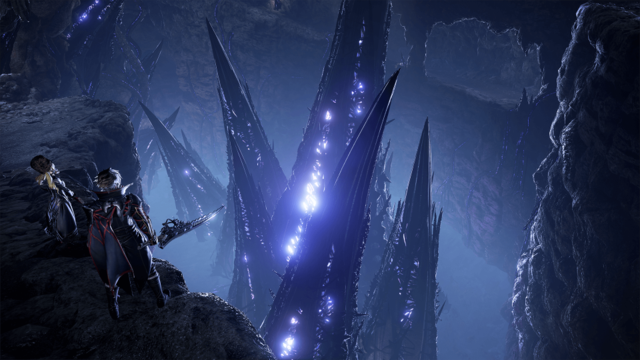 The single biggest feature that is unique to Code Vein is the partner system. You can select and customize the loadouts of one of a cast of fellow members of your organization to act as your second on missions. Some of them are more adept at close range combat while others, like Mia, specialize at range. Essentially they are a second character, with their own health bar and a set of priorities based on their combat type. I originally balked at the idea of a game sizing up to be a Souls-like making itself one long escort mission. Although I didn’t run into too many AI-related disasters, I remain uncertain of the prospect of a sidekick after my experience.

The benefits of a partner are definitely considerable. Equipped with a gun, Mia was able to both draw off aggro of a few members of enemy groups and provide invaluable “free” damage by taking potshots as long as I could hold an enemies attention. Each of you can group buff and, most valuable, sacrifice a portion of your health to resurrect the other. Camilla Mode, your ultimate buff that increases damage and turns your rolls into short teleporting blinks, is only usable if your partner is alive, incentivizing you to use your health to bring them back. Although Mia was the only partner available in the demo we played, there are a number of different characters you can choose from each providing different utility and possessing their own AI traits. 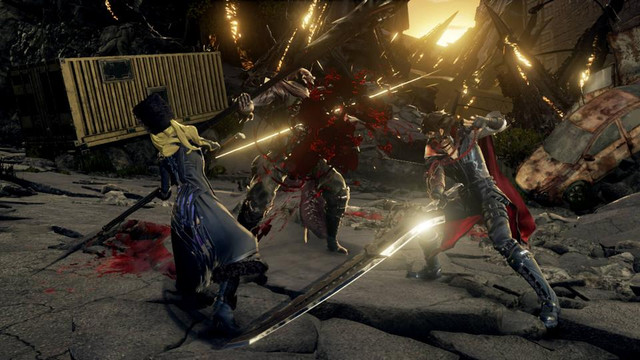 It isn’t all good, however. Your partner can definitely take damage and won't always try to find the best position. There were a few fights where a particularly difficult enemy pinned Mia against a wall and essentially 100-0 her before I could get their attention, forcing me to choose whether or not my own resurrect was worth the health I would lose. Depending on the enemy they might lay into her the moment she stood up and take her right back down again. Even worse, you have a short window to bring them back and after that, they can only be restored at a Mithril (bonfire).

Then there are sticking points where I found myself wishing I could provide some sort of direction such a group of melee enemies with a ranged enemy on an inaccessible ledge. If I start the fight, rather than taking out the only enemy I couldn’t hit, Mia would focus on the melee opponents along with me and leave the ranged enemy to free fire on me. Unless I found my own gun (which uses valuable ichor to fire) or take a circuitous route behind the enemy on the ledge, I’m left to deal with the sniper myself. 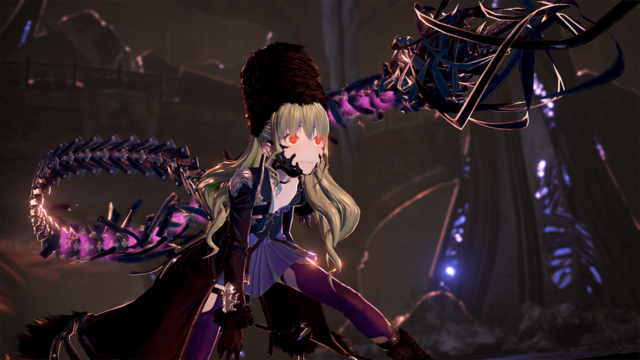 With Code Vein, I found Mia presented a consistent benefit when she was alive, but can’t shake the feeling that the presence of a partner will add an element of luck into a genre of game hyper-focused on memorization and proficiency. Even after my time with the game, I can’t really confidently say that I think it will work out or if it was doomed from the outset, but there is definite potential in their ideas. At the very least the world of Code Vein and a few bright spots have left me curious enough to invest my time in finding out for myself.

Sinking Our Fangs into Code Vein for Some Delicious Action