Pineapple on Pizza is One Thing, But Pineapple On Ramen...? 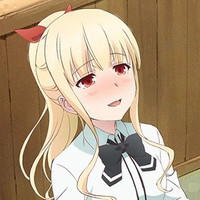 Ms. Koizumi Loves Ramen, at the outset, seems like an innocent and harmless anime. It is a nice little show about a girl, Koizumi-san, who, you guessed it, LOVES ramen. A lot. I'm honestly not sure how she's able to consume so much ramen, sometimes up to an estimated 5 times a day. I mean, I'm a fan of ramen, but that seems... a little extreme.

Initially, I thought... yeah. Pineapple in ramen. Yes. This is a GOOD IDEA. This is something that needs to be sampled, for posterity. It turns out that the shrimp salt pineapple ramen Koizumi eats is from a real restaurant in Japan, which sells pineapple flavored ramen. Well, sold. My research indicates that the ramen shop has since closed, and its pineapple-themed decor will delight general passerby no more. (UPDATE: A reader has told me that the ramen store actually moved. Check it out!) This is a real tragedy, I thought. We must make a recipe for this ramen so that it can live on in the hearts and minds and stomachs of anime foodies forever.

Suffice it to say that I was wrong. Very wrong. Pineapple on pizza is a delight. However, pineapple in ramen is the real tragedy here. The shrimp-chicken broth, seasoned with salt, had a pleasant flavor on its own. Add in pineapple juice and it all goes south really quickly. For me, the warmed pineapple juice provided more of a disagreeable tang than a sweet counterpoint to the salt. It wasn't sickly sweet – if anything it was almost a sour-salty soup. I have never really hated one of my own recipes before (except for natto spaghetti – that was gross), but this stands out. For something I put so much time and effort into, I'm really annoyed this wasn't to my liking, especially because I generally LIKE pineapple. In any case, it may have just been a taste thing. Pineapple-flavored soup is not my favorite. Almost everything else was good – the untainted broth, marinated green onion, chili threads, even the pineapple braised pork was delicious. The marinated egg suffered, but only because they was marinated in pineapple juice.

Do I recommend you try this? Yes, if you like salty-sour soups or you want to horrify your friends. I would make this WITHOUT the pineapple, and it would make a superb bowl of ramen. I just don't think the pineapple really adds anything here, and instead sort of detracts from the soup as a whole. To start making your own, if you want, watch the video below for instructions! Or watch to see me try this out, and you can experience firsthand what I thought.

Ingredients for the Pineapple Ramen

To Make the Pineapple Ramen

1. Prep green onions – separate green tops, and cut into two inch strips. Finely chop the white parts of the onion and set aside. Prepare ginger – peel and cut into strips.

2. Soft boil eggs. Peel and marinate in pineapple juice. Set aside for later.

3. Combine ingredients for Shio Tare. Stir together, and set aside.

4. Heat water for dashi. Add in kombu, and bring to a simmer. Just before it starts to boil, remove kombu and add in shrimp. Bring to a full boil, and then turn off heat and allow to steep, twenty minutes. Strain shrimp out and set aside.

5. Prepare pork belly by patting the surface of the pork dry. Heat a pan and neutral oil to medium high. When hot, sear each side of the pork belly. When seared, lower temperature to medium, and add in the water, pineapple juice, ginger strips, and half of shio tare. Place an aluminium foil lid over top to protect the top of the pork as it braises. Allow to cook about thirty minutes, or until liquid has almost completely evaporated. When nearly done, remove lid and add in the green tops of the green onion. Cook down for about two minutes, or until onion is wilted and soft. Remove from pan. Allow braising liquid to caramelize slightly around the pork. Remove from heat and slice, if applicable.

6. Heat a stock pot on high. Add in white chopped green onion, and toast a few minutes, or until fragrant. Combine the chicken stock, dashi, and shio tare in the pot. Bring to a boil while soup base is coming to temperature, boil ramen noodles for two minutes. Strain immediately.

7. Put it all together! Add the soup base to a bowl. Add in pineapple juice and stir to combine. Add in the ramen noodles. Top with pork slices, seaweed, marinated green onions, pineapple slices, soft boiled marinated egg, and Korean chili threads.

In case you missed it, check out our last dish: Reindeer Soup from "Ancient Magus' Bride". What other famous anime dishes would you like to see Emily make on COOKING WITH ANIME?