Who Deserves Your "Best Girl" Vote in the Anime Awards?

Let's look at what it takes to be a Best Girl... and who the obvious winner is! 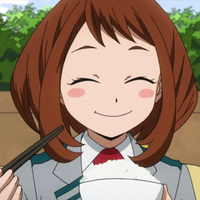 Earning the rank of Best Girl means exhibiting a lot of important factors, but which new anime heroine hits them all? Let's take a look at what traits a Best Girl needs:

There are many different standards for cuteness, not limited to actual aesthetics. "Cute" could be appearance, personality, or dress sense. Or, potentially, being a literal serval cat.

Serval might have a tiny bit of an advantage in this category, seeing as she's a literal animal with literal animal features. Then again, so are most of the characters in Kemono Friends. But even with all the competition in Japari Park, Serval continues as the fan favorite, helping the show's lone human find her way through the strange nature reserve.

Unfortunately, being a fan of anime characters means we'll never actually get to meet them in real life. Even so, it's nice to imagine that they would want to be friends with us if we ever crossed paths. And in the case of Tsuyu Asui from My Hero Academia, that's not hard to imagine at all.

Sometimes the best friends to make are the ones who had a hard time socializing early on. In spite of (or perhaps even thanks to) Tsuyu's early years, she's determined to build friendships and she's not too picky when it comes to who she'll hang out with... so it's easy to believe that, if she were a part of the real world, she could be a part of your friend group, too!

Sometimes the most fun characters are the ones who are a little selfish and a little mean... but when it comes to a Best Girl, you want someone you know is kind and would have your back if you needed it. Ochako Uraraka is that kind of hero -- literally!

My Hero Academia is full of heroes, obviously (including the aforementioned Tsuyu), but Ochako is motivated by her desire to help others. Whether it's helping out her parents financially or rescuing those in need of assistance, she's definitely someone you can count on in a pinch!

Watch Tsuyu and Ochako in action in My Hero Academia.

Life is tough, and life is anime tends to be even tougher. We have finals and work evals, but we (rarely) get auctioned off to wizards or kidnapped by fairies. Chise Hatori of The Ancient Magus' Bride has had a life difficult by anyone's standards, and it's only getting stranger.

But despite where she started and the difficulties she's been through, she's stronger than perhaps even she knows. Her bravery might not show through in superhero antics, magical girl battles, or wild animal encounters. But she is definitely one who embodies a strong spirit in some frankly bizarre circumstances.

Watch Chise in action in The Ancient Magus' Bride.

Magic (of All Kinds)

The magic someone possesses can definitely be metaphorical. It can be charisma, skill, or talent. Or, as with Akko Kagari of Little Witch Academia, it can be literal magic.

But the magic of Akko's personality isn't just the kind she studies. She's excited and determined. Which... doesn't always translate well into schoolwork, sure. But it does mean she's eager to grow and discover. And that in itself is a kind of magic!

Sometimes, the best character is the one we feel the most like. Though few of us can ever achieve her level of elite NEET-dom, there's plenty of familiarity in the personality of Moriko Morioka. The Recovery of an MMO Junkie star is an avid gamer, awkward in many things (especially romance and friendship), wants to get things right, and gets flustered over adorable stuff.

Oh, and there's the phone anxiety.

She may not be a brave magical adventurer or superhero in real life, but she doesn't really have to be. Because she's a whole lot like us.

Watch Moriko in action in Recovery of an MMO Junkie.

Anyone who's seen any of this year's nominees knows that all of them exhibit all of these traits. They're all cute in their own way, friendly and kind in whatever way they can be, brave and a bit magical to some degree... and no matter how outlandish they are, someone out there will relate to each of them. So which one is the best mix of all six, and the one true choice for Best Girl?

Well, the answer is obvious. 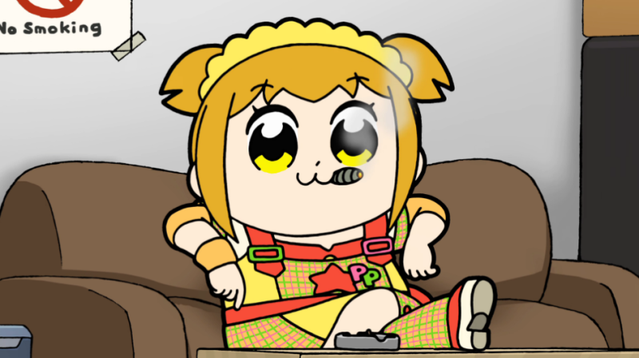 Make your voice heard! Vote for Best Girl in the Anime Awards!