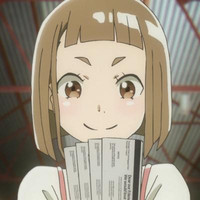 I spent the whole last week traveling around northern Norway, far above the Arctic Circle, trying to get a glimpse of the Northern Lights and experience the Arctic climate up there, wanting to get a taste of what Mari and the girls are about to experience in Antarctica (which is going to be significantly colder). And after a week of frozen feet and constant swearing about the weather, I have all the more respect for the impressive feat that these four high school girls are about to undertake.

But what bothered me almost more than my nearly frozen limbs was the fact that I couldn’t check my old Singapore photos all week after having seen the latest episode of A Place Further Than the Universe. While en route to the South Pole, the girls squeeze in a layover in the tropical city-state of Singapore, only one degree north of the equator – a place with weather basically the polar opposite of their final destination. But now that I’m back from a place that also felt farther away than the universe, let’s not only take a look at the show’s Singapore locations, but also quickly go through some of the Japan locations featured in the show after my last article.

Before heading to Antarctica, the girls need to attend a training camp preparing them for the harsh conditions they’re about to experience, so they meet up at Tachikawa Station. The station itself and especially the iconic arch structure in front of it are regular sights in anime. Countless other shows like Gatchaman Crowds, A Certain Scientific Railgun, Nazotokine, and even this season’s Katana Maidens have featured the station in the western portion of the Tokyo Metropolis.

Their training camp takes place on Mount Norikura, located along the border between Nagano and Gifu Prefectures in the Northern Japan Alps. I was only able to find the lodge (and the mountain) thanks to the hint in this screenshot, which shows the exact elevation of the place.

Mari and Shirase both live in Tatebayashi, located in Gunma Prefecture, which I already talked about at great length in my last article about A Place Further Than the Universe.

Yuzuki stayed at the Tatebayashi Grand Hotel during her visit to the city.

The girls’ favorite hangout spot is the local Morinji Temple, where 21 tanuki statues line the approach to the temple.

Mari, Shirase, and Hinata decide to blow off some steam on their last night in Japan, so they head to a Manekineko karaoke bar in Tatebayashi. The large karaoke chain’s logo with the beckoning cat on top has been replaced by a tanuki in the anime.

In last week’s episode of A Place Further Than the Universe, the girls finally start their journey to Antarctica, but do a quick stopover in Singapore first. This isn’t all too surprising, considering that Singapore is one of Southeast Asia's largest aviation and transport hubs. I myself used the island country several times as a stopover point for my travels, and collected a good number of pictures in the process. After all, Singapore really is just as impressive as shown in the anime.

As already mentioned, the small city-state lies only one degree north of the equator, and has a warm tropical rainforest climate all year round. The first half of the episode plays out like any typical sightseeing episode, with our protagonists visiting numerous of Singapore’s well-known tourist attractions. One of them is the water-spouting Merlion statue in the Merlion Park, which is pictured above. The mythical creature is Singapore’s mascot and national personification (designed by the Singapore Tourism Board), with the fish body representing the town’s history as a fishing village, and the lion head being a nod to the country’s old name, Singapura, meaning "lion city." However, just as Mari and Hinata mention in the episode, the statue of the national icon itself really isn’t all that spectacular in real life, unlike the park’s view of Marina Bay and Singapore’s futuristic skyline.

The best way to see and explore Singapore is by doing a bumboat cruise along the Singapore River, which is a comfortable and surprisingly cheap way to get around and see most of the city’s impressive landmarks. It was definitely one of my favorite experiences there, and it seems like the girls enjoyed it as well.

Another highlight is the free outdoor light and water show displayed every evening over the bay in front of the Marina Bay Sands. Just don’t eat durian ice cream like Mari and Shirase while the show is still going on.

The aforementioned Marina Bay Sands is one of Singapore’s most iconic landmarks. The resort complex is located at the Bayfront, and consists of three towers connected at the top by a large roof terrace, which contains a long infinity swimming pool at 191 meters above the ground. Unfortunately, the pool is only open for guests of the hotel, so Shirase might want to book a room on her return trip from Antarctica.

While the view from the hotel room and the pool were magnificent, staying at the hotel isn’t exactly cheap, even when it was only for a single night.

Shirase and the gang instead visited the Sands Skypark Observation Deck atop the Marina Bay Sands, which is open to the public for a price, and offers great views as well. Pictured here is the Gardens by the Bay nature park, with the Supertree Grove, the Flower Dome, and the Cloud Forest.

On the opposite side of the ION Orchard is the Wheelock Place, another distinctive looking shopping mall on Singapore's Orchard Road.

They also pass by the Singapore Flyer, a giant Ferris Wheel.

The backside of the Marina Bay Sands.

They top off their trip with a visit to the Maxwell Food Centre in Chinatown, where you can get authentic and affordable Singaporean dishes. Unfortunately, I only passed through the food hall without grabbing a bite to eat, as the place was extremely crowded when I was there, but I guess I now have something to look forward to during my next visit.

And lastly, in the preview for today’s episode, we got a glimpse of the Fremantle Markets in Fremantle, Western Australia. After that, it’s finally time to really head to A Place Further Than the Universe.

Japan, Singapore, Australia, and soon Antarctica… this is going to be one very, very expensive pilgrimage.

Part 1: Where Do You Start to Get to A Place Further Than the Universe?

Does Singapore seem like a place you’d like to visit after having seen A Place Further Than the Universe? Have you ever tried durian yourself? Sound off in the comments below!