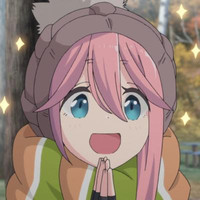 Rin and Nadeshiko have come a long way from the close-to-home campgrounds they used to visit in the first couple of episodes of Laid-Back Camp, and have been seeking out more and more remote camping destinations as of late. In a show that values the journey just as much as it does the destination, this naturally translates into lengthier segments of the girls traveling from point A to B. But this does in no way mean that these prolonged and slow-paced travel portions of the show are dull or a bore, if anything, the slow build-up only makes the actual camping segments (which are undoubtedly the show’s greatest strength) that much more rewarding. Just like any long journey in real life would. On top of that, Laid-Back Camp keeps delivering one gorgeous background after the next, week after week, making it impossible for me not to write another real-life comparison article on the show. There’s a lot to cover from episodes five to eight, so let’s get right to it!

Empty roads as far as the eye can see, beautiful autumnal landscapes left and right, and the backside of Rin riding her scooter or her bike have become a common sight in Laid-Back Camp, usually meaning that the skilled solo camper is on her way to her next camping ground, this time heading for the Takabotchi Highlands.

Especially these first two comparison images show off just how perfectly the anime recreates its real-life counterparts. Every stretch of woodland looks suspiciously similar to the corresponding Google Street View image, and the same goes for the perfectly placed street signs. And just as always, Laid-Back Camp makes them look delightful.

The road leading up to Mt. Takabotchi and the Yatsugatake-Chushin Kogen Quasi-National Park.

Located down the road here is the hot spring that Rin was so eager to visit after driving for hours in the cold, only to find the place already being closed for the season.

At least Rin later on gets to enjoy the spacious highland area with good views of the Northern Alps to the north-west, and Mt. Fuji to the east.

As well as the numerous dairy cows grazing in the Takabotchi Highlands from May to October every year.

From Rin’s current location, the Alps Panorama Lookout, it’s only 400 more meters to the summit of the 1664m tall Mt. Takabotchi.

Up there she gets rewarded with a great view of Lake Suwa and Mt. Fuji in the distance.

At the same time, Nadeshiko was camping with the Outclub at the Hottarakashi Camping Ground near Fuefuki Park in Yamanashi, where she snaps a picture of the famous Yamanashi night view.

On her way back home, Rin decides to make a brief stop at the reconstructed Takashima Castle in Suwa.

In episode six, the girls are once again on their way to the next camping ground, meaning more endless roads, but at least this time Rin gets to drive in Nadeshiko’s older sister’s comfy car.

Their destination this time is Lake Shibire, a small caldera lake in the Shibireko Prefectural Natural Park in Yamanashi.

At the start of the episode, the show’s mysterious third-person narrator explains, that a few hours after midnight, the spirit of bull demon that was slain by a samurai will emerge from the lake. Or not. Maybe. But there actually is a similar old legend surrounding the small lake, which was once known as one of the Eight Fuji Lakes during the Edo period. Apparently, a four-tailed dragon deity inhabited the lake, which was also eponymous for Lake Shibire’s name (‘shi' meaning four and ‘bi’ meaning tail). Or not. Maybe.

Their camping trip to Lake Shibire also reveals a bit of both girls' backstories, like Nadeshiko having lived in Hamamatsu before moving to Nanbu.

And also how Nadeshiko wouldn’t have ever encountered Rin, if she wouldn’t have fallen asleep during the drive to their new home, which made her miss the view of Mt. Fuji the first time around, prompting her to visit the same camping ground in Motosu where Rin was camping in the first episode.

Let’s jump to the latest episode, where Nadeshiko, Aoi, and Chiaki head to Minobu to visit a Caribou outdoor sports shop, which actually does not exist there. Pictured above is Minobu Station.

They top off their window-shopping trip by doing some sightseeing around the small town and trying out the local specialties, like some steamed buns.

As you can image, the specific bit here from the latest episode has been especially hilarious for me, when Nadeshiko randomly encountered a suspicious-looking car driving around the neighborhood.

The car obviously turned out to be one of the Google Street View cars collecting footage of the area. As Rin casually does a virtual stroll through the neighborhood, she encounters a familiar-looking face.

Unfortunately, only in the anime. It would’ve been the cherry on top, if there were actually somebody doing a weird pose at that exact spot in the real Street View app.

What do you think of Laid-Back Camp’s real-world locations so far?