The Seven Deadly Sins: Knights of Britannia Is One Troubled Arena Fighter 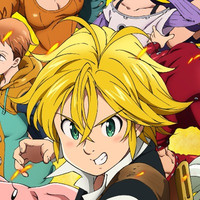 It’s hard to think of a popular shonen manga that couldn’t make a great fighting game, even if they’re about cooking. The next best thing to reading the newest chapter or watching the next episode is being able to play as your favorite character in a game. One of the most popular formats has been in 3D where both Naruto and Dragon Ball have found success and so The Seven Deadly Sins has headed down the same path with The Seven Deadly Sins: Knights of Britannia.

I’ll come right out and say that, despite a history of titles adapted to this genre of game successfully, I’m not really sure what Knights of Britannia is trying to be. On its face, the game is a 3D open-arena fighter most similar to the Ultimate Ninja Storm series with the addition of a number of one vs many style fights against enemy squads, but the combat doesn’t really seem tuned for either duels or group battles, which essentially means it isn’t tuned for anything.

Characters are broken up into strength, speed, and magic types which primarily seems to affect their average attack range, movement speed, and whether or not they can armor through attacks, but essentially they all play the same and movement speed doesn’t make a tremendous difference since the most effective means of travel is by constantly teleporting behind your enemy using Mirage Step. Basic attacks are Dynasty Warriors style light and heavy attacks with the only real difference between characters coming in the form of their three magic spells but, seeing as how the most effective way to use them is by chaining them into a combo, aspects of magic such as their range, speed, and area of effect don’t make much of a difference. 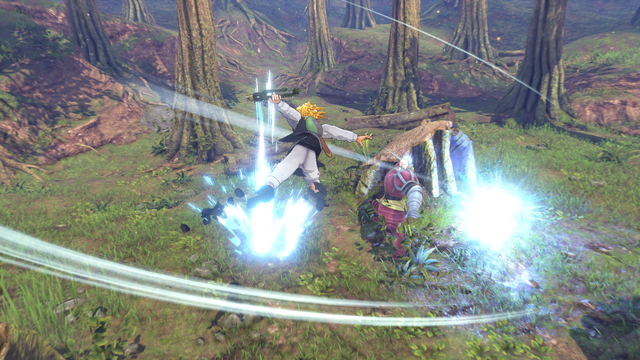 What makes for a fairly bland game recipe is made worse by the fact that, rather than playing the game, it feels like you’re constantly fighting it. The game treats most terrain, even the smallest rise in the ground texture, like a solid wall. Your dash will often get you caught on terrain and even your most massive magical attacks will sometimes disappear into a small rock. Locking onto enemies often doesn’t take into account vertical space so you’ll end up attacking horizontally when the opponent is overhead. Your mirage step sometimes puts you at odd angles or over your enemies head, causing your attack to whiff or turn into a delayed descending strike that gives the enemy enough time to move away from you.

This is made even worse fighting groups of enemies. This is where the game really feels like it was made with one-on-one combat in mind. The hitboxes for your attacks only occupy the space immediately in front of you no matter how large their animations and after striking a single enemy even the largest shockwaves are spent. Combined with an auto-lock system that feels arbitrary, you spend most of the time just trying to get your attacks to land on more than one opponent or getting your reticle to land on a ranged enemy in the back so you aren’t constantly getting hit by ranged attacks while comboing the melee enemies. 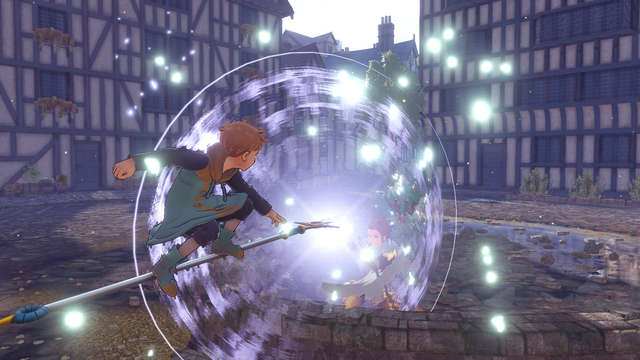 Probably my favorite aspect of fighting is actually just destroying the terrain. Although a not particularly sophisticated, whoever animated the terrain destruction really hit on something viscerally satisfying about the way it looks, especially since terrain often contains money which appears and glowing multi-colored gems. In confined arena’s like the prison, hitting your opponent through two or three walls is pretty much one of the highlights of the game both for making your attacks feel powerful and the light show of money that follows.

Unfortunately, this also introduces traps which sometimes appear out of broken bits of level. Gems that usually cause AOE damage when struck which are essentially impossible to use effectively. Since you’re autolocked on your enemy, the only way to hit them is basically by putting them directly between you and it's extremely hard to strike and then move out of range so you’re looking at about 50/50 odds that you both take damage or you alone take damage. 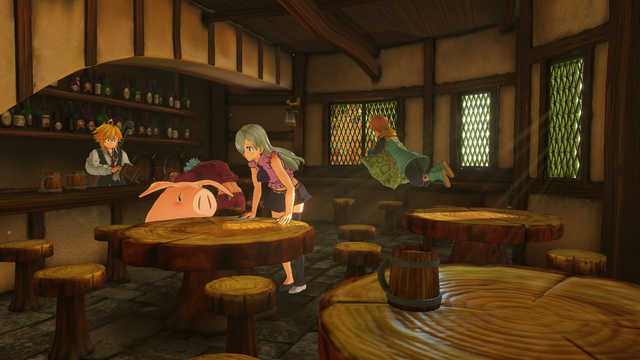 Story mode, to my understanding, takes you through the first season of the anime. As someone who hasn’t experienced the story before, I felt I got the gist of the main plot but there were definitely huge amounts of interactions that were trimmed. Often two characters would come into conflict for reasons that were never really made clear. The fact that any character that doesn’t participate in fighting occupies in-game conversations as a dialogue image without a 3D model also makes it feel as if pieces of the scene are missing.

You navigate through the world map on the Boar’s Hat, a tavern built on the back of a giant pig which sets itself down in various towns so you can collect rumors to determine your next move. I originally thought this felt pretty cool but the rumors proved to be little more than a progress bar for completing story missions and walking around on the super slow pig quickly became a pain. The game seems aware of that issue since some of the upgrades you can purchase on thi sprawling tree increase its movement speed, but collecting the items needed to get those upgrades required a whole lot of travel in itself. 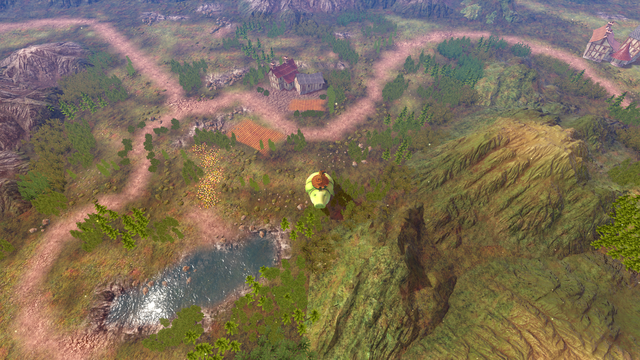 While the visually design did a good job of interpreting Nakaba Suzuki’s art style in 3D, the environments were engaging to look at, and even the characters attack animations are satisfying to watch. Unquestionably the game looks good, it’s just that the sights and sounds of weren’t leveraged into a system that is fun to play. Fighting groups drove home that the game was designed to be a 1v1 fighter, duels drove home how homogenous the fighting styles of the 24 characters were, and any gameplay at all showed issues with the camera and terrain collision.

I’m definitely down for more 3D fighters of this type, titles like Ultimate Ninja Storm and Xenoverse have both found a good gameplay balance that is engaging and feels true to its source material. If anything, the strange and diverse cast of Seven Deadly Sins provides unique opportunities to do some new things with the same format, but the strengths of the source material, at least as far I can see, don’t shine through in Knights of Britannia… and probably won’t until you can play full-sized Diane in Duel Mode.

- Characters play in one homogenous style

- Story mode is confusing and map travel is a pain