Our top 10 recommendations for those with unsated wanderlust 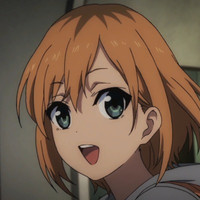 Today we bid farewell to A Place Further Than the Universe, perhaps the most emotionally poignant anime of the season, showing us a group of young girls embarking upon a tremendous undertaking together. Whether Antarctica represented an adventure, a job, an escape, or a reunion, their common destination, and the trials they underwent to reach it, brought them closer together and allowed them to learn something about themselves. Whether you enjoyed the anime because of its coming of age themes, its long journey, or its ensemble cast of friends, rest assured there are more destinations out there for you to discover. If you don’t want your journey to end just yet, here are 10 more anime of adventures, undertakings, and friendship! 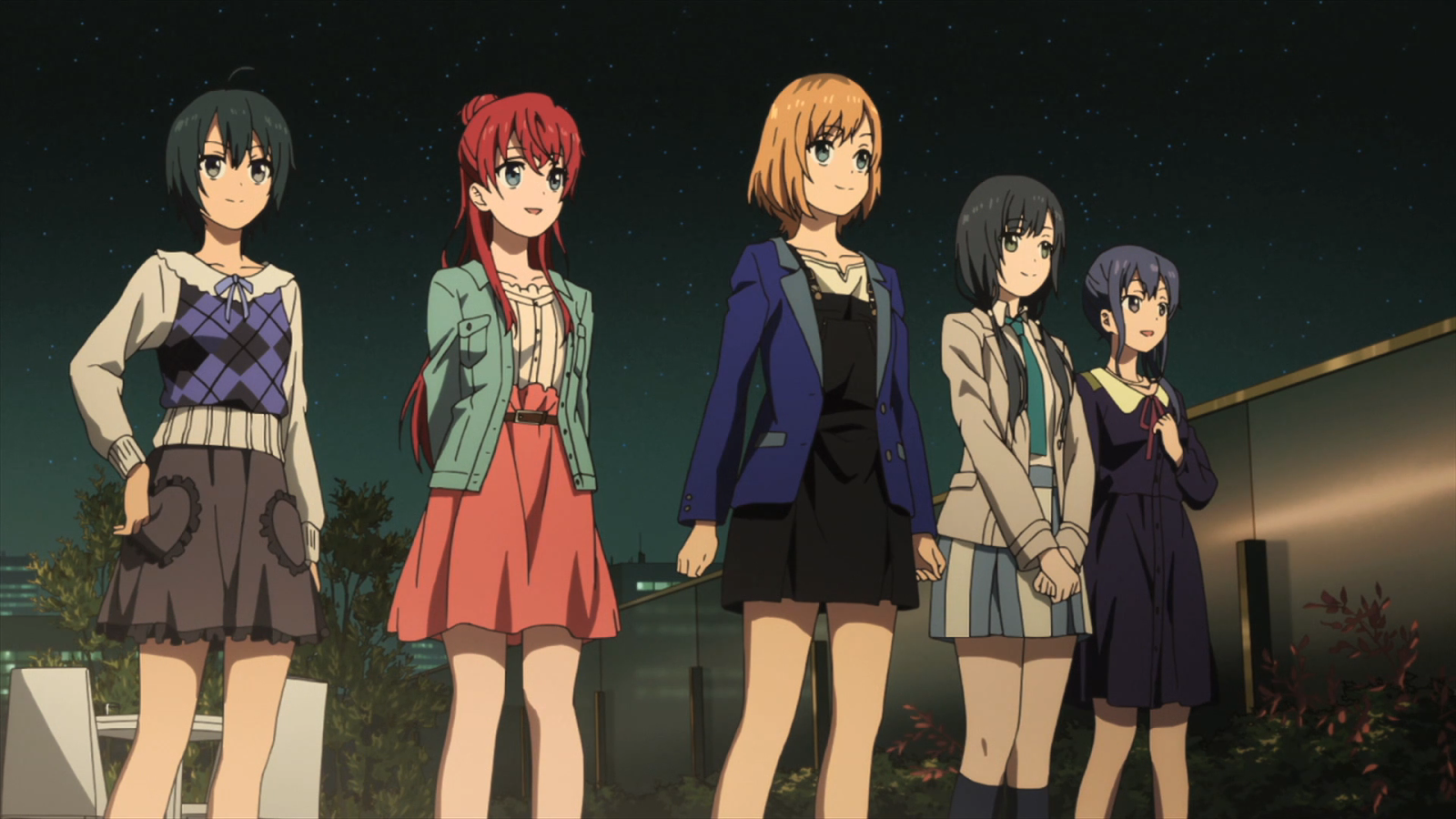 The story of 5 women who formed the animation club in their high school and each go on to work in the anime industry from different directions. Aoi works as a producer in an anime studio, introducing us to the ins and outs of how anime is made as she navigates the challenges of modern animation production. Like Space Brothers, Shirobako tackles both sides of the animation industry, introducing the aspirational elements of creating a work of art together along with the realities of budgets, demands from production committees, and time constraints that influence the final product. We’re also treated with multiple perspectives as her friends find work as traditional and CG artists, a voice actress, and a writer. Although their work doesn’t always bring them together, they share and support one another in their common dream to make anime. 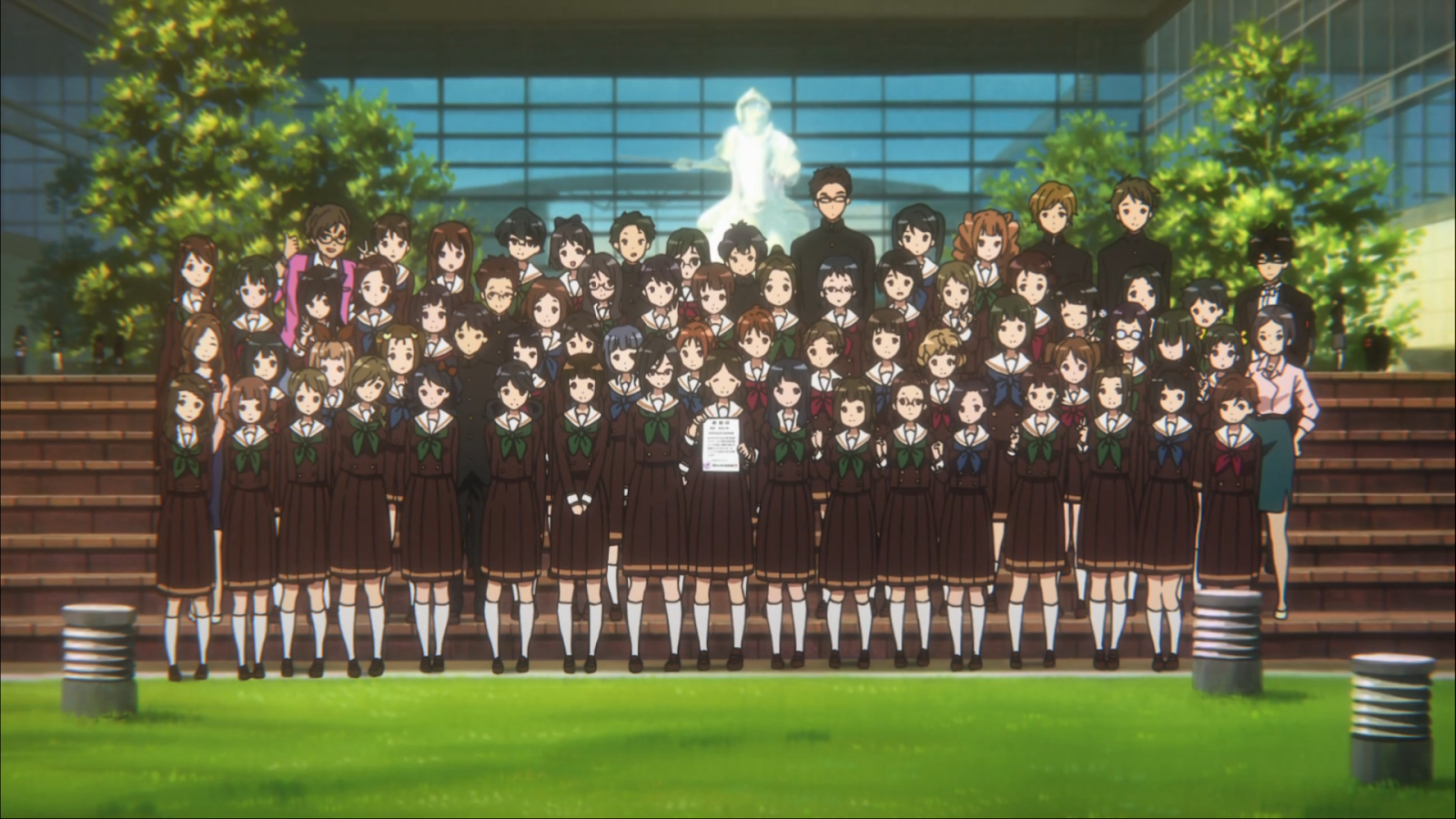 The Kitauji high school concert band decided together that they would do their best to win a gold medal at the national championship. Not quite traveling to the bottom of the globe, but no less ambitious, especially since their school hasn’t even reached the qualifying tournament in recent years. Although the club only embark upon journeys to training camps and competitions, Sound! Euphonium is just a great exploration of its characters and their drive toward a common goal as A Place Further Than the Universe. Through the perspective of its nosy first-year Kumiko, we’re introduced to the unique personalities and motivations and its many members as they come into conflict and ultimately learn to work together. Sound! Euphonium takes a deep dive into the technical aspects of concert bands, from instruments to harmonization and we learn what goes into winning is more than many individually skilled players. 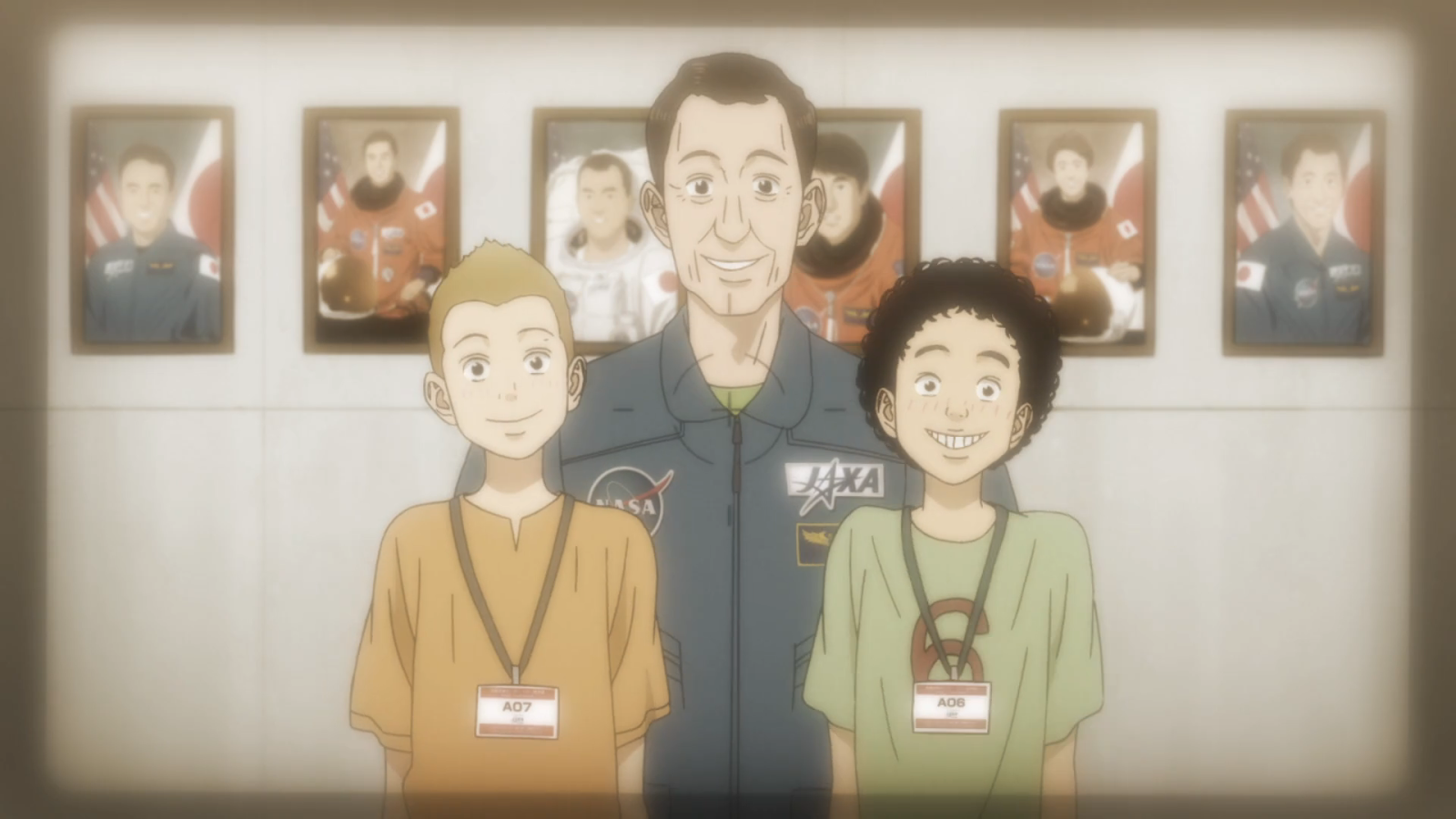 Antarctica may be further from Japan than space, but what about the moon? Mars? Space Brothers tells the story not only of the Nanba’s brothers, but an extended cast of individuals whose dreams rest among the stars. This anime of space travel may have its head in the clouds, but is firmly rooted in scientific fact. Just as we were informed of the unique challenges of attempting to reach and reside in Antarctica, Space Brothers takes a deep dive into the application and training process for aspiring NASA astronauts, navigating politics and its meritocratic system to be chosen for a mission. The characters are diverse and charming and the content is fascinating, buoyed by their starry-eyed fascination with space travel. At its core, Space Brothers is every bit as aspirational as A Place Further Than the Universe, communicating the indescribable desire to venture into the great unknown. 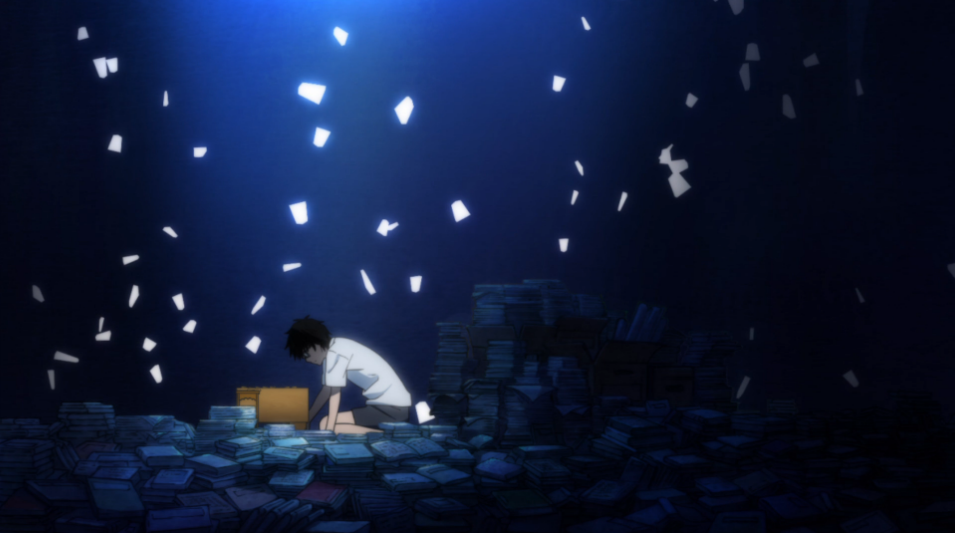 Rei Kiriyama is on a long a lonesome journey to a distant island happiness. He doesn’t know where it is or how to reach it, but he’s sought it out for years through the dark, suffocating waters of depression. Rei is a kindred spirit with Shirase, a social misfit traumatized by the loss of his family early in his life. Although he tries to make it on his own, he encounters other characters along the way who help lighten the load. His self-proclaimed rival Nikaido and the Kawamoto sisters become emotional refuge that help keep his head above water and bring light into his life and he tries to discover his happy place in the world. Rei’s growth comes in learning to let other people in and, eventually, finding satisfaction in returning the compassion of others to find a new family for himself. Although his journey is introspective, it’s just as fraught as a quest to Antarctica and made easier by the support of friends. 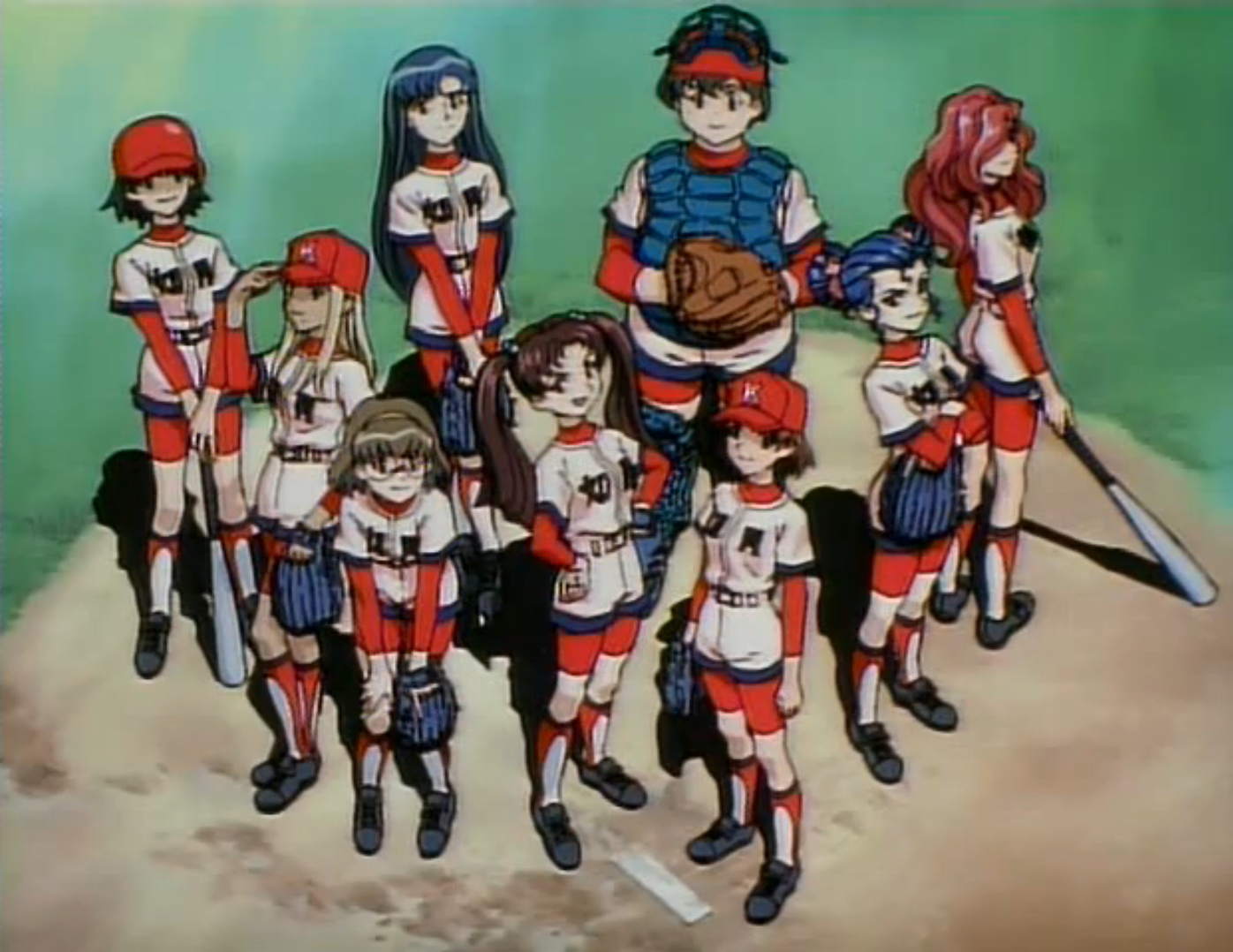 Ryo Hayakawa, daughter of one of Japan’s most famous ace pitchers, inherited her father's arm and is a local menace as the relief pitcher for all-men Wildcats sandlot team. Although she plans to dropout of high school to support her family shop, but she’s scouted by Keiko Himuro, chairwoman of the Kisaragi Girls High School, for an athletic scholarship. Keiko is assembling an all-woman baseball team that will be meant to compete in and win the male-dominated National High School Baseball Championship. The anime follows the formation of the team, called Princess Nine, and its ensuing competition with Ryo as the pitcher and team captain. This is a longer series where each member of the team has their own story, personal dramas, and ambitions to prove themselves by seeing Princess Nine win the championship. 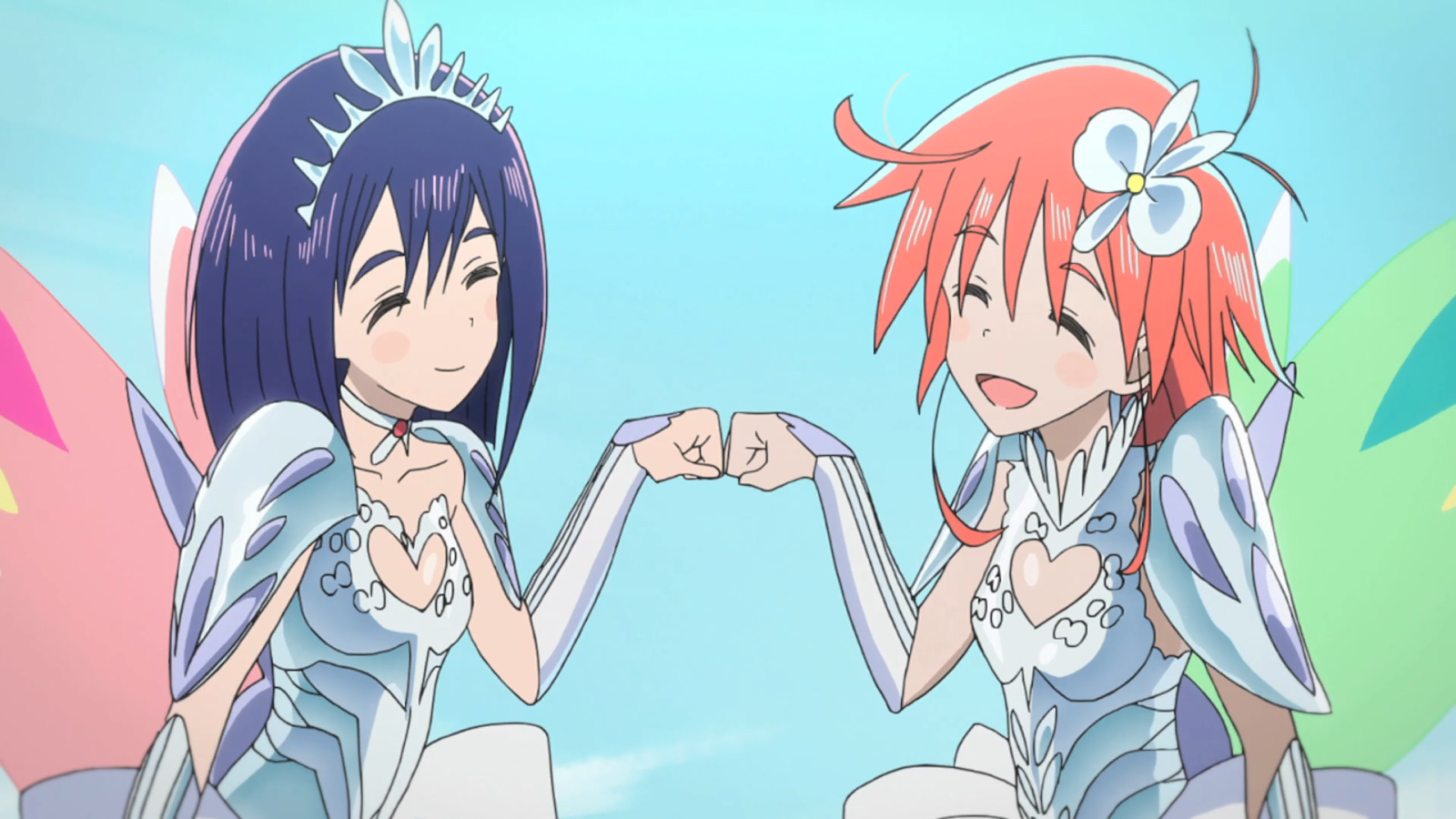 A coming of age tale in magical girl form, Flip Flappers follows Cocona, a studious girl who has lived her life meeting the expectations of adults, who now faces the end of high school and a decision. How to live her life for herself. Suddenly, she’s spirited away by the rambunctious Papika, who wants Cocona to become her partner going on adventures in Pure Illusion, an ever-shifting imaginary world. Although initially resistant, she finds herself drawn Papika and her strange journey and starts playing along. As they explore unknown worlds, Cocona begins to discover more about herself and begins grasping her own desires for the future. Like A Place Further Than the Universe, Flip Flappers is about a wild, unreasonable adventure helps a high school girl overcome her fear of getting older and, in this case, finding love along the way. Although superficially similar in that they’re stories about a boat and a crew, One Piece is similar to A Place Further Than the Universe in its themes of pursuing one's dreams and coming together under a common cause. Where the girls seek to reach Antarctica, the Straw Hats aim to circumnavigate the globe. Each member of the crew has a wildly different dream that points them in a common direction, the Grand Line and the New World beyond it. With a crew of heavy hitters, One Piece is unique among shonen for making one of the primary elements of its power scaling simply their crew's ability to organize and function as a unit. The challenges they face take on the form of actual enemies in rival pirates and the world government, but the crew overcome them all by working together and believing in one another. The world of One Piece is populated by big dreamers and the villains are often who try to stop others from reaching them. 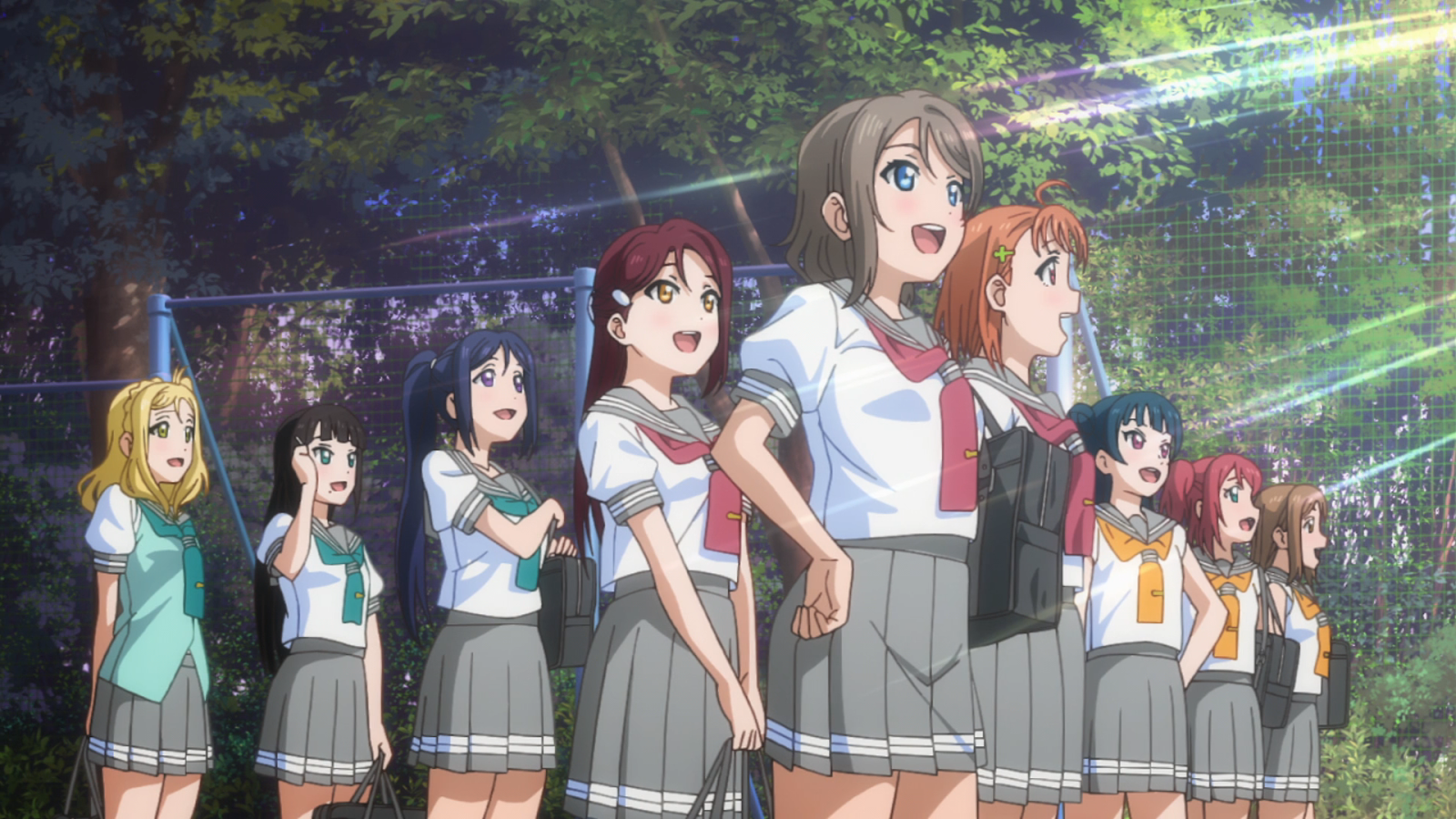 The second part of the Love Live! franchise, Sunshine!! takes place in Uranohoshi Girls' Academy, a school that is soon to close its doors and merge with nearby Numazu High School due to lack of funding. Inspired by μ's, Chika Takami decides to put together her own idol group to compete in the Love Live school idol contest to support her school. The eventual group calls itself Aqours and soon discovers that competing on a national scale requires personality, inspiration, and hard work. The drama has a bit more candy coating than most of the other shows on the list, but it’s present and accounted for, including a disastrous previous attempt to develop an idol group for the school. It shares the same atmosphere of girls with different personalities sharing a dream and supporting one another. 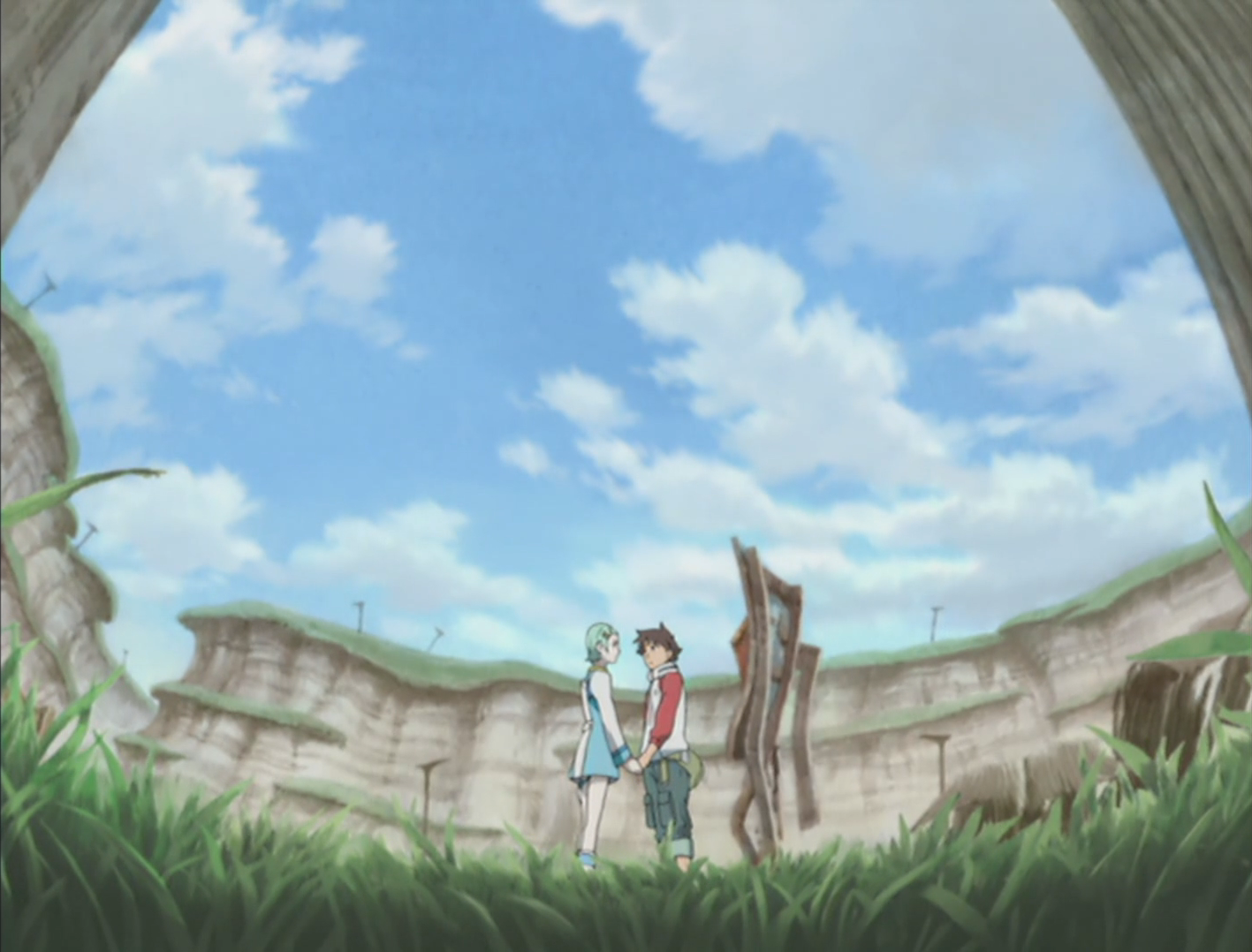 Renton thinks he’s boarding the Gekko chasing after the love of his life, Eureka, but embarks on a journey into adulthood. Like Mari, he needed the presence of another to take that final step into the youthful adventure he had felt was beginning to slip from his grasp. Unfortunately, his journey is considerably more painful. Where Mari finds a core of support in her companions, Renton struggles to connect with anyone in the lonely world beyond the hole where he grew up. He fails to connect with Eureka and is hazed by the crew and its captain who resents him. The connections he forms with others often become twisted or break just as he comes to rely upon them. Eureka Seven is the story of a child pursuing a dream he doesn’t quite understand and learning to stand upon his own two feet before he finds the connection he seeks.

Love, Chunibyo, and Other Delusions 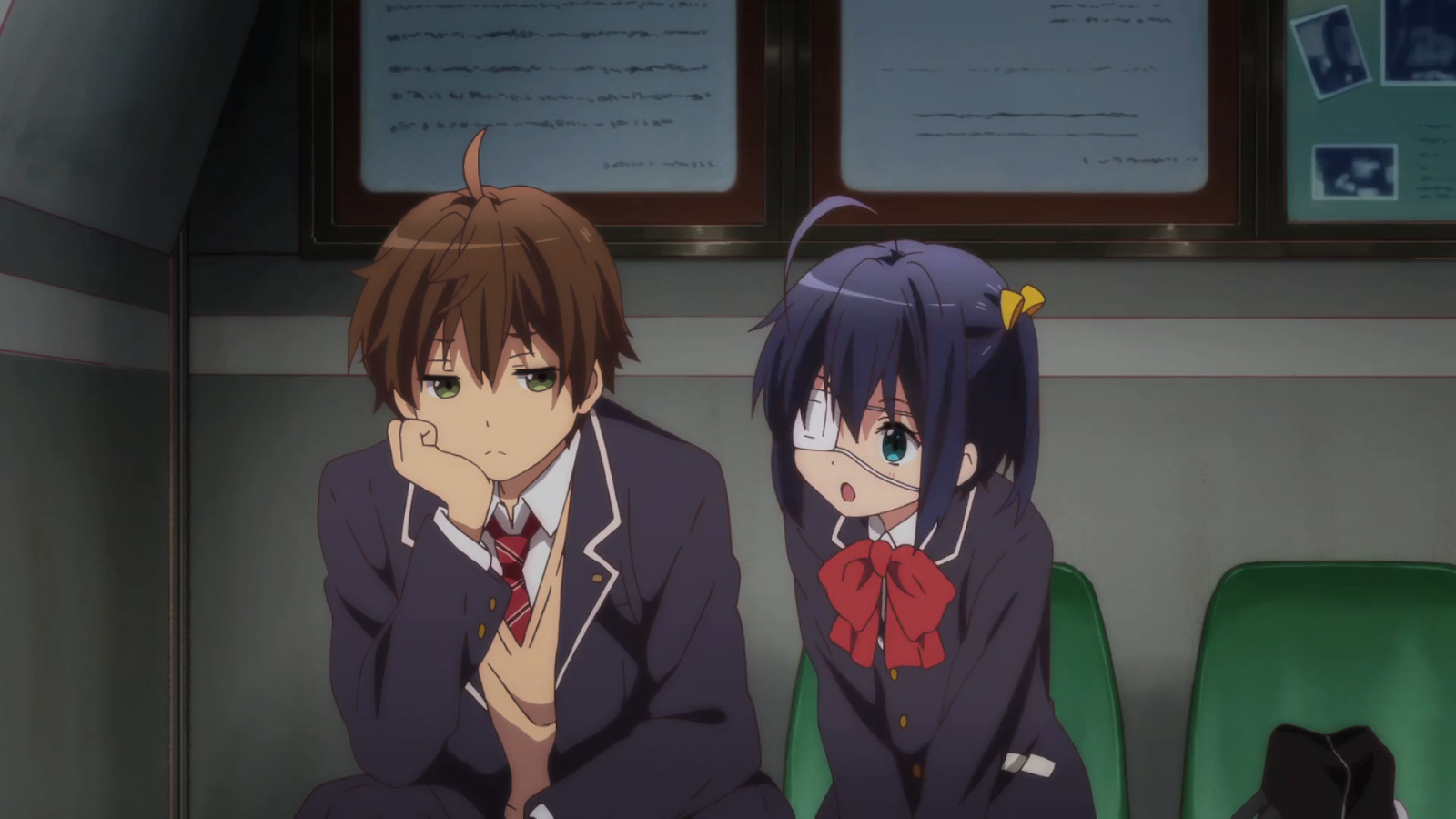 Like A Place Further Than the Universe, Chunibyo is a story about misfits and a coming of age story, but with a lighter and considerably more awkward take on the formula. Yuta, a former chuni, moves to a new school intent on starting over as a normal student, but is discovered by Rikka, who possesses “The Wicked Eye” and wants Yuta to unleash his hidden “Dark Flame Master” and help her discover “The Ethereal Horizon” to be reunited with her deceased father. This imaginary place becomes a metaphor for overcoming her grief and discovering a shared place of happiness somewhere between their personal eccentricities and the expectations of polite society. Their introspective journey is to find themselves and each other in a series that seeks to show us it’s ok to be a little strange. They’re also joined along the way by a few more weirdos.

Whether it's traveling the world, making it to nationals, creating something that is truly your own, or just growing up, each of these anime take us along on a wild ride of personal discovery made with the help of some good friends. Hopefully, these shows will keep the fire of discovery alive in your heart and spur you forward to even greater adventures. Are there any adventures you’ve taken that you’d like to share? Did any of these journeys inspire you? Let us know in the comments below!