Fall in Love with These citrus Real Life Locations

Check out the real-world locations of citrus 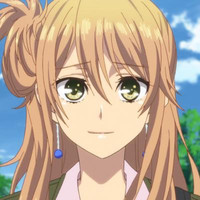 Seeing the unruly gyaru, Yuzu, and the opaque and straightforward student council president, Mei, who unwantedly became step-sisters overnight, finally figuring out their feelings for each other has been quite an unpredictable ride, making citrus one of the most thrilling yuri anime these past few seasons. And while the step-sisters’ problematic romantic relationship was always in the foreground of the show, citrus also had some notably nice backgrounds to look at. That being said, the time is ripe for a real-life locations comparison article about citrus!

Right at the start of the first episode, we see Mei walking in front of the Harumio Bridge (not named after Harumi from the show) and the towers of Odaiba’s Rainbow Bridge in the back, meaning that she is in Toyosu. While not nearly as popular and well-known as Odaiba, Toyosu is also a man-made island in Tokyo. The city's famed Tsukiji fish market is set to relocate to Toyosu at the end of this year, after its original move was postponed in 2016 due to dangerous chemicals in the ground and ballooning construction costs.

To the right is the Toyosu Civic Center, and to the left is the end of the Yurikamome Line (not chosen because it has yuri in the name, probably), which is a fully automated, elevated train. If you’re ever in the area, do yourself a favor and ride the Yurikamome Line all the way from Toyosu to Shimbashi, as you’ll pass over the famous Rainbow Bridge and get to see all of Odaiba’s attractions. Make sure to sit at the very front of the automated train.

The closest train station from Yuzu’s new home is Toyosu Station, which has also been faithfully carried over to the anime.

It was also possible to make out the location of Yuzu’s new apartment from her way back home. The red building to the left is the Showa University Koto Toyosu Hospital, and one of the aerial shots in the anime revealed that her apartment complex is the building right next to the hospital.

Unfortunately, the stately apartment complex does not exist in real life, at least not yet.

This particular scene in front of Toyosu Station in the second episode helped to further establish Yuzu’s clumsy character, as she trips over this fountain. But in her defense, that small protruding and unnecessary strip here can easily be missed.

And it’s only a few centimeters high.

I should have sorted my reference shots for citrus beforehand, as it was always a bit risky to look at my screenshots in public.

Toyosu’s main attraction is the large Lalaport shopping mall, which is located right by the waterfront you see in the first picture.

Just across the street is where Matsuri forces a kiss upon Yuzu to get Mei jealous. Nothing of the sort happened when I was waiting at the intersection. The Tokyo 2020 Summer Olympics ad on the construction site has been changed to Tokyo Heisei 32 in the anime.

Since Yuzu and Mei live close by, they can easily take the Yurikamome Line to Daiba Station here.

Yuzu and Matsuri meet up at the station for their date in Odaiba.

Without wasting any time, they head straight to the large Aqua City shopping mall, which was renamed Ocean City in the anime, ignoring the spectacular view of the Rainbow Bridge and the small-scale copy of the Statue of Liberty in front of the shopping mall.

Being true to its name, Aqua City is not only located right next to the sea, but also contains various small aquariums.

One of the mall’s most interesting facts is, that it apparently contains Odaiba’s only Shinto shrine, which I stumbled upon on the rooftop by total coincidence, as it can only be accessed by a separate special elevator on the sixth floor.

After Matsuri takes her leave, Yuzu and Mei head to the nearby bus station, where the two share an intimate moment together while waiting in the snow. Luckily for them, the bus station had a roof and bench in the anime, which were missing in real life.

But instead of waiting outside in the cold, the two could have also taken the train back again.

And to top it off, citrus ends with the ever-popular Kyoto school trip arc. Whenever these come up in anime, the first thing our protagonists see is usually the Kyoto Tower across Kyoto Station, which is probably the only one able to rival the Tokyo Tower in anime appearances.

And just like in last year’s Tsukigakirei, the school trip's first destination is the world famous Kiyomizudera Temple, located in the hills east of Kyoto. Pictured here is the iconic view of Kiyomizudera’s wooden veranda that juts out from its main hall.

A trip to the famous Kinkakuji (Golden Pavilion) also shouldn’t be missed, as it also appeared in numerous other school trip episodes, like in K-On!!, Keijo!!!!!!!!, or Seitokai Yakuindomo.

Yuzu could’ve also been able to spot a few tengus dining atop the building in front of her, while she was walking across Shijo Bridge.

But instead, she heads straight to the famous Yasaka Shrine, which was founded as early as 656, and is also known as a spiritual spot for romantic blessings, making it the perfect stage for citrus’ grand finale.

After chasing Mei through the whole of the adjacent Maruyama Park, Yuzu is finally able to catch up to her thanks to drop kicking her in this pathway behind the shrine, and gets to finally confess her feelings for her. The pathway illuminated with dozens of traditional Japanese lanterns behind the shrine was a great venue for citrus’ romantic climax.

What did you think of citrus? Do you think Yuzu and Mei make a good couple? Sound off in the comments below!