Golden Kamuy is a Riveting Story of Survival, Treasure, and Warmth

What adventures wait in the intense, brutal wilderness? 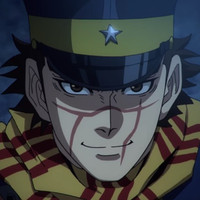 Whether it be nature or man, she-bears or skin flayers, the world of Golden Kamuy is a harsh and dangerous one. Only the fittest survive in this place – and the fittest never strike alone. They huddle as partners to brave the stinging cold, hoping that at the end of their efforts they'll be rewarded in gold. Allegedly hidden in the frontiers of Hokkaido, demented and weary souls search for Ainu treasure with rifles in hand... and plans they intend to fulfill whatever the cost.

A Story of Survival

Golden Kamuy is a story of survival in the harshest of circumstances. One of the most memorable scenes in the Golden Kamuy manga is one in which the story's protagonists manage to slay a bear. But it’s not just any bear: it’s a bear that’s a mother. Even amidst comfort and safety of our modern society, there's a reason why it’s common sense to stay away from mother bears. And the bears of Hokkaido, where Golden Kamuy is set, can be the size of two men and weigh over half a ton. They have razor sharp claws that can channel their weight like a cleaver, slicing a man into ribbons instantly. They are infamous in Japan as "man-eaters." Combine that power with the ferocity of a mother protecting her child, and you’d best hope that something distracts her if you encounter one.

Fortunately the tenacious and knowledgeable protagonists, they're able to weaken the bear with a poisoned arrow and eventually kill it. But with the mother dead, her child is all left alone, pawing in the snow, baying and mewling for a mother that’s never going to come back. The cub attracts another bear. It’s a bear of the same species, a bear that’s awoken from hibernation, a bear that’s… very hungry. A bear cub dies, and another bear survives another dawn. A mother bear dies, and protagonists survive another day. In this brutal wilderness, it’s survival of the fittest.

An Epic Battle for Treasure, A Tight Bond 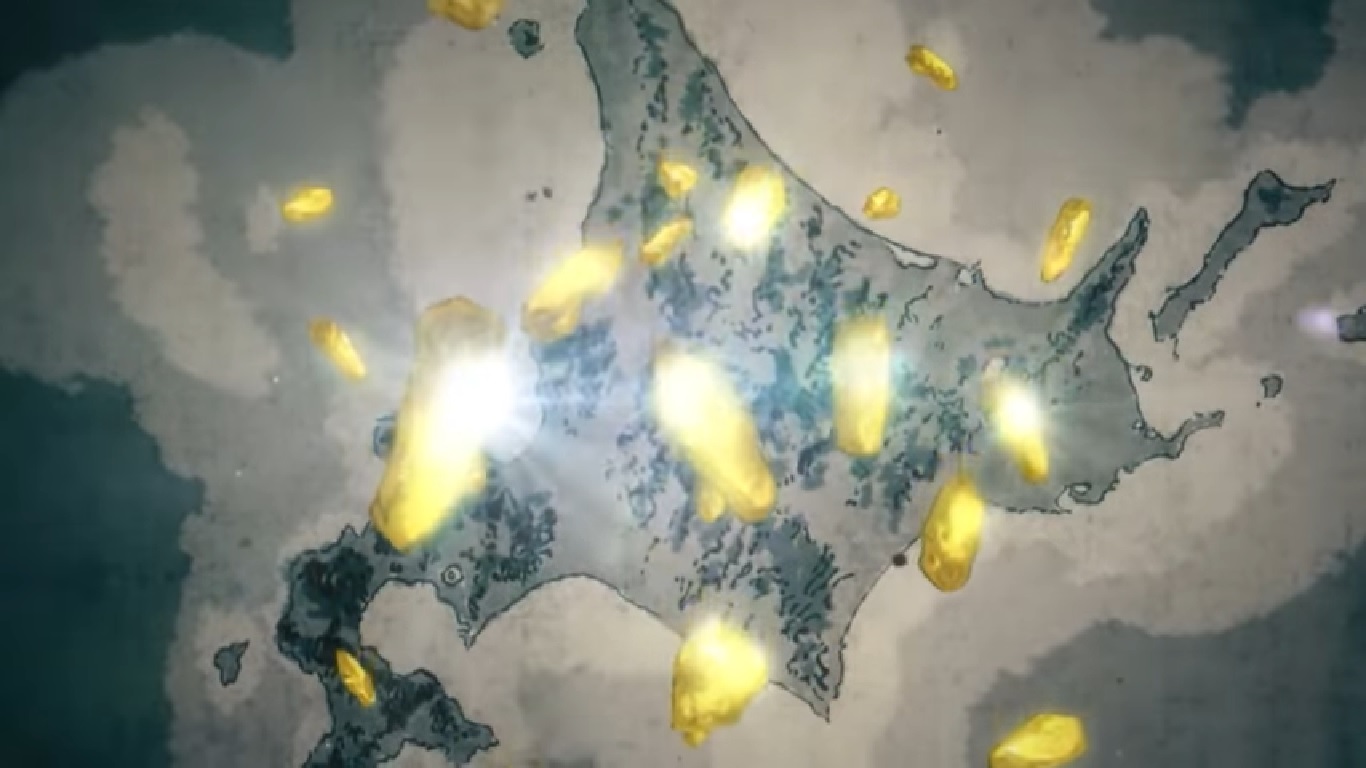 Adapted from a best-selling manga by Satoru Noda, Golden Kamuy is a story of a sociopathic, battle-scarred, dangerous assortment of soldiers, serial killers, and scoundrels searching for Ainu gold in Japan’s northern Hokkaido. When a man imprisoned for murder tattoos the parts of a treasure map on the skin of his fellow inmates, you might expect that treasure hunters would simply need bring everyone together, but... we’re talking about soldiers, serial killers, and scoundrels searching for blood money. The quest for Ainu gold can be as brutal as the inhospitable environs of Hokkaido. And so it takes not just one individual, but a team of two to survive the dangers of man and nature. They have to be tenacious and knowledgeable, and that’s exactly who Sugimoto and Aspira, the heroes of Golden Kamuy, are.

Sugimoto is a veteran soldier of the Russo-Japanese War, a war that was a meatgrinder of trench and machine-gun fighting. Referred by those who knew of him as "immortal," he had the audacity to charge the enemy every time and survive whatever punishment he took. His partner, Aspira, is an Ainu girl who knows the lay of her Hokkaido home better than any Japanese settler or adventurer. And she's not just a pretty face – she knows how to hunt, fish, forage, cook, keep warm and ably survive off the land, with poison-tipped arrows at her side and a giant wolf looking out for her from afar.

Together, with a dead bear to mark the beginning of their partnership, they forge a bond that keeps them in the game and allows them to survive, even while hunted by their soldier, serial killer, and scoundrel rivals. And all this to find the Ainu gold cache and avenge the Ainu chiefs that were murdered to keep the gold hidden. They have only each other to rely on.

A Tale of Violence and Warmth 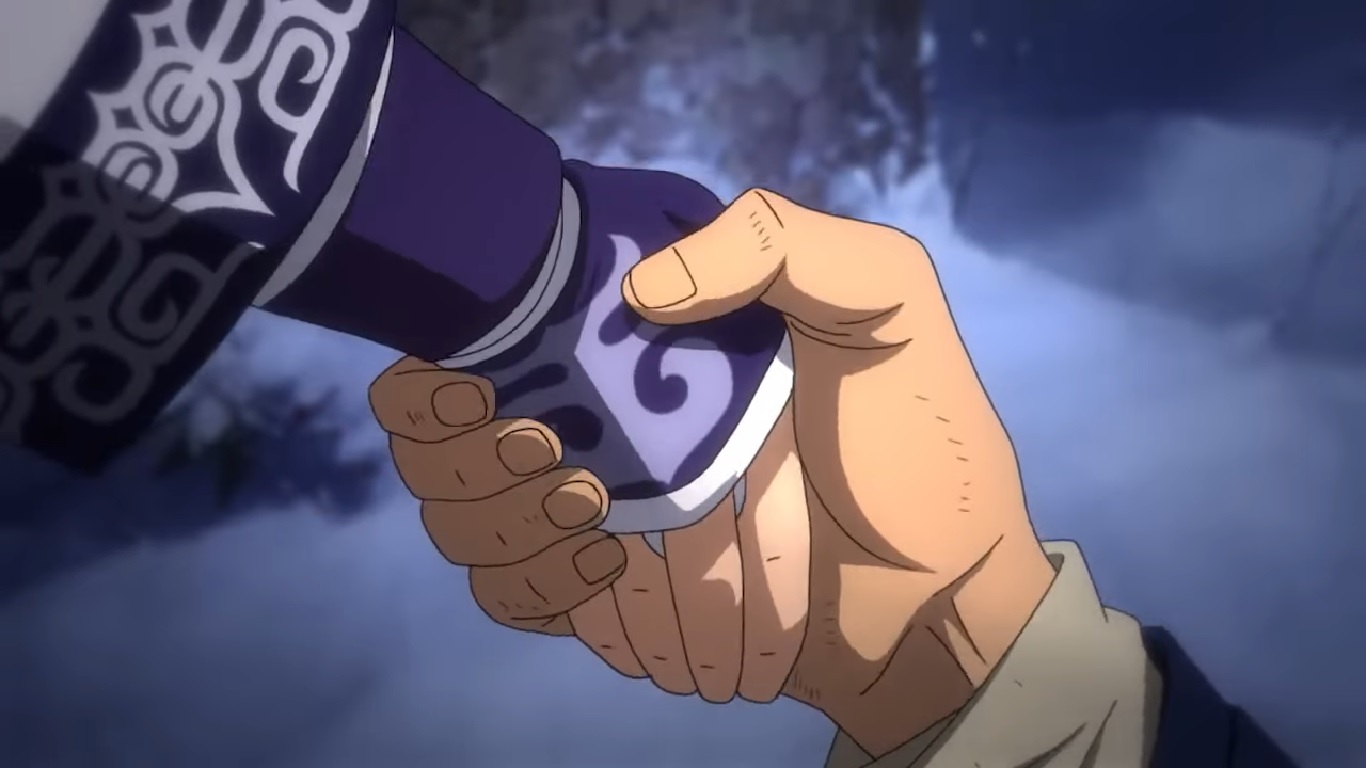 Aside from Sugimoto and Aspira, who count on the help and hospitality of the indigenous Ainu people of Hokkaido, there are two other major factions in Golden Kamuy. One is a group of soldiers from the Imperial Japanese Army’s crack 7th Division, Russo-Japanese veterans like Sugimoto who are famous for being Japan’s strongest fighters. Another is a group headed by former Shinsengumi samurai. Both these factions have their eyes on the Hokkaido territory and political power. Both want to use the Ainu gold to further their ambitions. And, of course, there are the wild cards – independent hunters and other sociopaths and scoundrels operating on their own, negotiating their own agendas and survival.

…and a lot of warmth.

Characters find themselves wrapped up in conflicts and plans because they themselves are wrapped up in loss and regret, the trauma of losing comrades in wars and their sense of purpose in fighting them. In some ways, the war isn’t over for Sugimoto. He has nightmares about his comrades dying and himself surviving. He maims and kills when he must for his objectives. Yet in the midst of the quest, this scarred man bonds with a young girl that demands he not kill. Like the kamuy deities that dwell deep in the land, Sugimoto and Aspira’s partnership develops into more than just one of utility. It becomes one of mutual respect, friendship – a true bond.

This warmth is juxtaposed against the need for survival, the greed of man, a hunt for gold, and the exploitation of the Ainu land. Together, it makes for a complex and riveting story – one that will not only bring you the desperate thrill of survival, but also the excitement of treasure hunting and the deep emotional connection of two people finding their way in the wilderness together. Are you ready for it?

A social scientist and history buff who dabbles in creative writing and anime analysis. If you’d like to get in touch with him or are interested in reading more of his works, ZeroReq011 has a Twitter you can follow and runs a Blog called Therefore It Is.

Tags
golden kamuy
« Previous Post
High School Girls Perform the Dance of Youth in HaNaYaMaTa
Next Post »
How Persona 5 the Animation Transformed from Video Game to Anime in Record Time
Other Top News
7 Comments
Sort by: