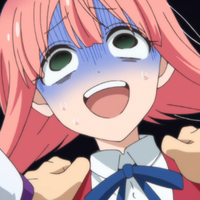 Magical girl is a hard genre to poke fun at, mostly because the its own landmark titles are so good at it. Some of the best parodies of Sailor Moon's goofiness came from, well, Sailor Moon. While magical girl series have never been afraid to get into some dark territory, innocent and humorous magical girls paved the way for a new subgenre: The Dark Magical Girl. In Dark Magical Girls, everything pure and innocent is twisted to evil and deception, exemplified in the massively popular 2011 anime, Madoka Magica. Now, 7 years later, Magical Girl Ore takes things one step further. 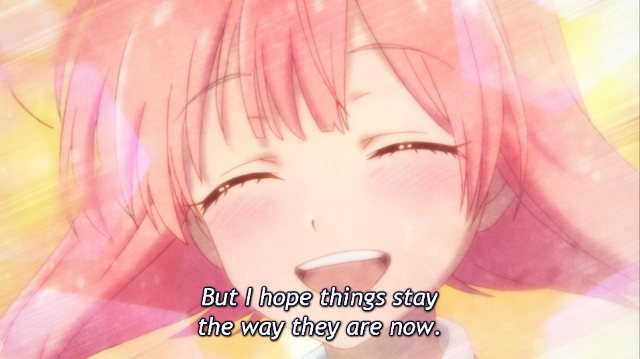 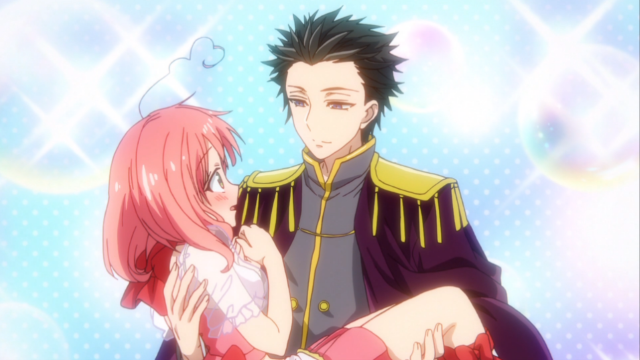 A good Dark Magical Girl starts with a dream. The dream outlines the hopes and aspirations of our average, no good, ordinary girl who wants to be a hero. But the dream also needs to contain an element of menacing foreshadowing, letting the viewer know that things are not as they seem. Magical Girl Ore opens with talentless idol singer Saki Uno transforming into a magical girl to defeat an icky lizard monster who sucks all of the color from the world. She has some trouble, but ultimately triumphs, and is courted by her crush, idol Mohiro. With her dream appearance and goals laid out, the coming bait and switch becomes all the more painful. 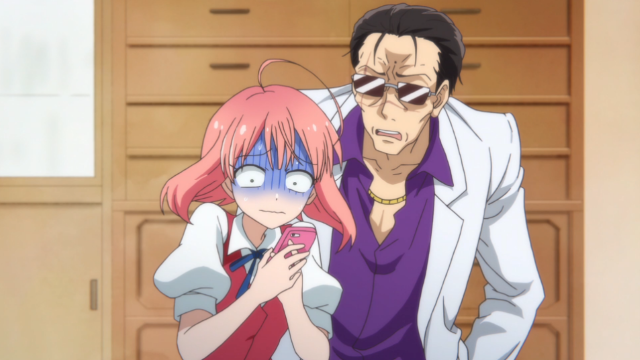 A good Dark Magical Girl series will have an Evil Mascot and Deceptive Contract. Sometimes it's a cute animal, whose innocent appearance belies a cold heart. In Saki's case, he's a yakuza. A yakuza with a shady paper contract that doesn't seem to be in order even with her mother vouching for him. But the yakuza, Kokoro, pressures poor Saki by showing her beloved Mohiro at risk from a deadly monster. She gives in, believing she'll be able to save her beloved and in the process, get an attractive body to transform into. It seems to be a win-win situation, but in truth, she has been deceived, and her horror will only grow. 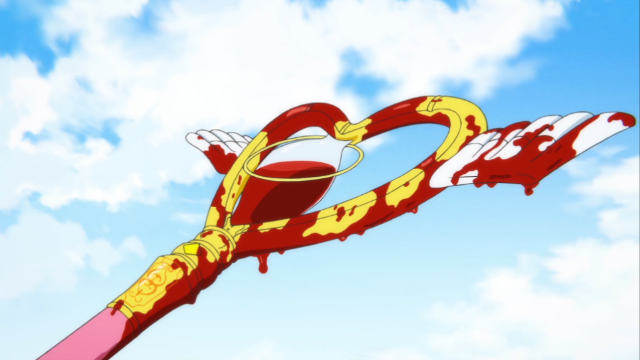 In truth, as we might have guessed, Saki has agreed to a life of Forced Labor and Brutal Combat. With Kokoro a yakuza, the magical weapons she is provided with are much more crude than she would have liked: A magical hairpin is a grenade and her staff is just a big stick she can use to bash enemy's heads in. Instead of graceful magical combat, Saki is forced into bareknuckle brawls with gigantic, bruising monsters. The stylish combat of PreCure is reimagined as a cruel, bloody battle out of Fist of the North Star, and pools of blood aren't the only thing that would better fit in shonen manga. 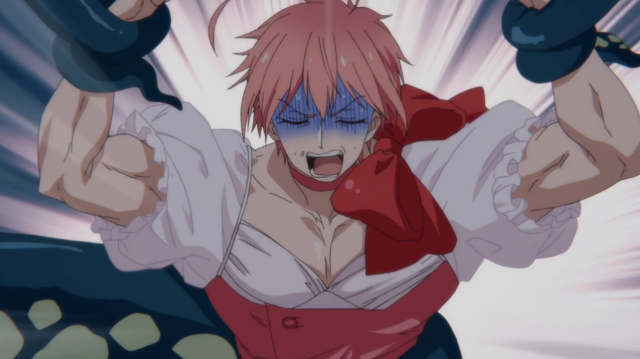 Magical girls are a wonderful power fantasy, granting fitness and fashion that help teenage girls overcome their insecurities. So Body Horror is natural subversion for a Dark Magical Girl series: A monstrous or inhuman body attacks the very freedom being a Magical Girl represents. Magical Girl Ore subverts the subversion by providing the ideal body... Goku's. Saki, who desired a curvaceous figure to attract Mahiro, is hurt and betrayed. The body horror only escalates when Saki is attacked by a monster with tentacles, which Saki has to dispatch with her newfound muscles. For a teenage girl, it's a nightmare beyond anything she could conceive, but for us, it's ridiculous instead of depressing. 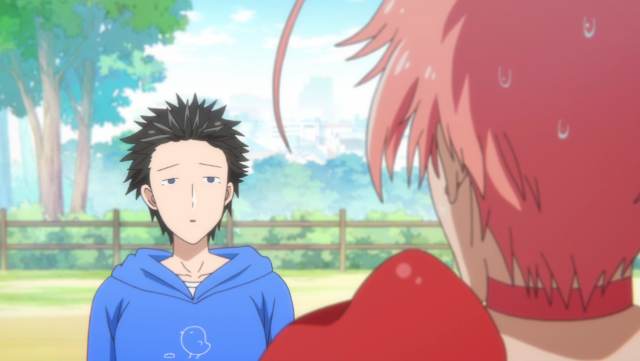 The hardest blow in a Dark Magical Girl series is the realization that the choice to become a magical girl has now prevented the heroine from accomplishing their dream. What seemed to be a noble attempt to help others has become an obstacle to self-fulfillment. But rather than depressing, Saki's reversal of fortune is hilarious. It turns out Mahiro is attracted to Saki's boy-form, Ore. Their relationship may yet be possible, but coming in a form that Saki never would have predicted.

All of these twists come in just the first two episodes. With ten episodes still to go, new characters, and a complicated love polygon setup in which Saki's female companion, Sakuyo, has a crush on her female form, Magical Girl Ore looks to provide a lot of entertainment to come. Will Magical Girl Ore entirely subvert the Dark Magical Girl by providing a happy ending to everyone involved? What absurd direction can the series take from here?