Golden Kamuy Dives into an Overlooked Period of Japanese History 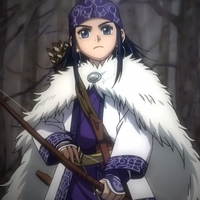 I've been excited about Golden Kamuy since I first heard its premise. The story of a scarred veteran searching for a secret gold stockpile with the help of an indigenous girl who knows the frontier sounds like a Spaghetti Western. But the Russo-Japanese War is not the American Civil War, Hokkaido is not the American west, and indeed, America never experienced anything like Japan's Meiji era. The setting makes Golden Kamuy strikingly unique, as the number of anime that take place in the Meiji Era, named for the reign of the Meiji Emperor from 1868 to 1912, can be counted on one hand.

The Meiji Era was a tumultuous time, starting with the end of the era of feudal lords and samurai, and ending with Japan's powerful entrance onto the world stage. A boy raised a peasant on a simple rice farm like his grandparents before him might grow to ride a streetcar to work each day in a factory. The unrest and conflict of the era makes simple romantic character arcs, like those of popular samurai and yakuza tales, harder to tell. But it's a fascinating time, and with Golden Kamuy, the Meiji Era can come to the forefront. 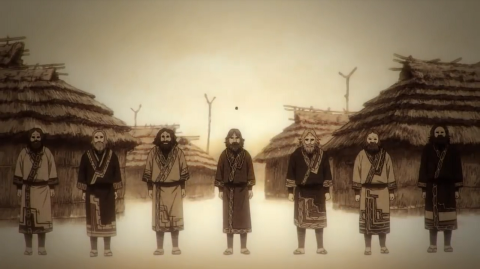 Before the Meiji Era was the Tokugawa Era, named for the powerful Tokugawa Shougunate, dating from 1603 to 1868. The Tokugawa Era is one more anime viewers will be familiar with, a time of feudal lords, shougun, and samurai. Japanese peasants were ruled over by feudal lords who owed ultimate allegiance to the shougun, who decreed Japan be isolated from the outside world, preventing foreigners from entering and Japanese from leaving the country.

The majority of the country remained essentially frozen in time until 1854, when Commodore Matthew Perry sailed to Japan with the intention of forcing them open to trade, firing his powerful cannons off Edo Bay. The Japanese had seen the great civilization of China brought to its knees by the British Opium Wars and the unequal treaties that followed, making parts of the Chinese mainland essentially British territory. Fearing conquest to come, the Shougunate made moves to modernize and resist what appeared to be an incoming invasion. And when the Shougunate and the samurai who had largely grown soft from over 200 years of peace failed to resist quickly enough, feudal lords from the provinces of Satsuma and Choushuu overthrew the government and began a modernization program of their own. 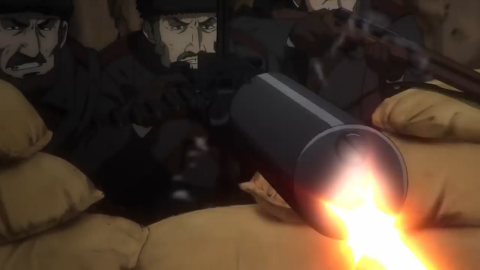 Brandishing the slogans "revere the emperor and expel the barbarian," "rich country, strong army," and "Japanese spirit, western technology," the Meiji government set to work creating a military power that would be able to protect itself from foreign powers. While an older Japanese person would identify themselves by their province, the Meiji government installed the emperor as leader of a single modern nation state.

Experts were sent around the world to borrow the best the world had to offer, from post offices, to armies, schools, weapons, ships, mining technology, and so forth. A country largely closed to foreign trade exploded in new ideas. Intellectuals like Yukichi Fukuzawa argued for the fundamental equality of man and for the right for women to be educated. Tragically, and ironically, imperialism was one of the ideas borrowed from abroad, and Japan soon found a way to proving its might by intervention in China and Korea, in the Sino-Japanese War of 1894-1895. The Russo-Japanese War, in which Japan defended its claims in Manchuria and Korea from Russian imperialists followed ten years later.

Fear of Russian aggression from the north also forced the Meiji Government to completely annex Hokkaido in 1869, previously called Ezo or Ezochi. Previous incursions from the main island Honshu were met with some resistance from the indigenous people who lived there, but the Meiji government had no intention of messing around, granting all residents of Hokkaido Japanese citizenship. The formal annexation, influx of new technology, and official adoption of the gold standard in 1897 led to a gold rush in the formerly unexploited northern hinterlands.

This brings us to the time of Golden Kamuy. When the Russo-Japanese War was settled in the Treaty of Portsmouth by American President Theodore Roosevelt, the Japanese people were deeply unsatisfied by the lack of money Russia had been required to pay as indemnity. Strained and driven to sacrifice by the Meiji government, Japanese people expected payment and pensions for the fathers and sons lost in the Russo-Japanese War and the Sino-Japanese War before it. Golden Kamuy's main character, Saichi Sugimoto, being driven far north to Hokkaido to search for gold to help a war widow is a story very fitting for this point in Japanese history.

I hope this brief look at the history of Meiji Japan provides context for the anime. Meiji is an immensely dense period, and I recommend reading more on the culture and arts and movements for democracy and women's rights during the same time. There's an immense amount of fascinating information, and I've only touched on the broad outlines here.

What are you looking forward to in Golden Kamuy?