The computers are taking over this spring! But never fear -- that just means two amazing new anime to love! 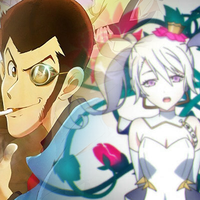 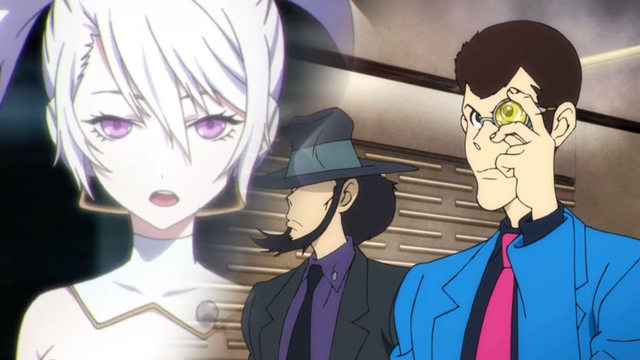 Computers are everywhere nowadays. They're making our music, they're writing weird fanfiction, and now they're becoming the focal point of our anime. Fortunately for us, that makes for some really interesting series!

For this week's edition of The Hook, we're zooming in on two spring simulcasts with a digital bent: one an adaptation of a popular game, the other the latest in a long-running beloved series. Will they grab you in the first episode? Let's find out! 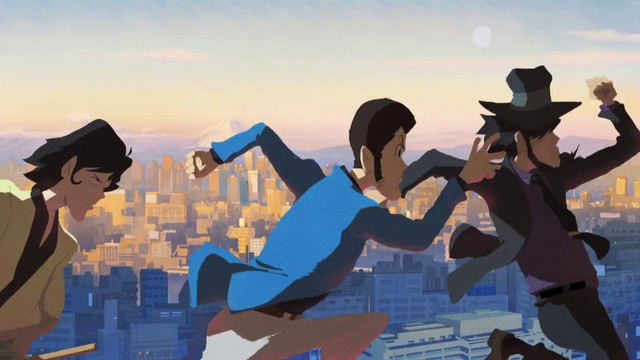 It's probably sort of a "gimme" to put the newest season of Lupin the 3rd on a list of shows to give a chance. The series has been running for decades with only a few genuinely bad installments to its name. And the recent incarnation, kicking off with the experimental Woman Called Fujiko Mine and continuing into the Blue Jacket era, has been widely well received.

Part 5 sees the Lupin Gang leaving Italy behind for France, where -- like everyone and everything anime-related these days, it seems -- Lupin delves into the world of cryptocurrency. He asserts that stealing digital money isn't all that different from stealing the tangible stuff, and for a hot minute it seems he's absolutely right.

But only for a hot minute.

The Hook: While Lupin's timeless cleverness helps him land his mark in the first episode, there's one point he's not terribly aware of: the online community is swift and ruthless, and they don't like being messed with. The result? The Lupin Game, a worldwide manhunt for the lovable thief. Now there are millions of civilians with their smartphones pointed at him and his bright blue jacket, and the game is on.

While this isn't the first time Lupin and his gang have encountered the modern world (he slides along conveniently with the times like James Bond), it is one of the first times we've seen such a major societal element of technology become a key player in the show. What's going to happen to Lupin under the lens of social media, and how will it change what we're used to from the series? It's intriguing to think about.

Who Is It For: Naturally, long-standing Lupin fans will want to jump on board. It's got all the fun and silliness and action we're used to, with the largely new cast continuing to pull their weight admirably. And while Season 4 girl (and technically still Mrs. Lupin) Rebecca Rossellini seems to be absent from the picture -- at least for now -- we do have a new girl to get to know: Ami Enan, a genius hacker who looks like she's going to be equal parts intellectual match and babysitting charge for Lupin.

If you're not familiar with the series, that's (as usual) no reason not to jump right in. The cast of characters get enough introduction to get you rolling; and long-term fans will love the little ode to Lupin's previous adventures in the cold open.

Get started on Lupin the 3rd Part 5. 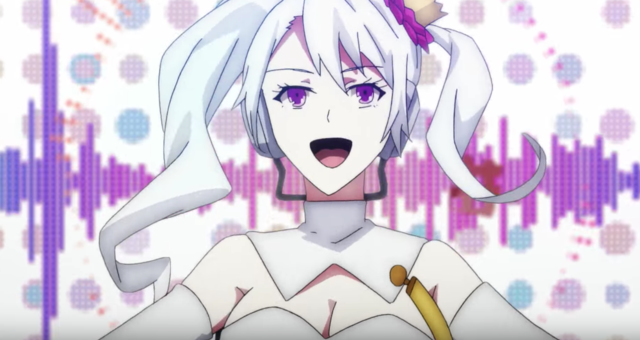 High school life is pretty good for Ritsu. He has friends, he's got a fairly calm life, and he passes time by engaging in amateur psychology. (Which, to be fair, doesn't always fly with his friends when all they want is some ramen.) There's even a new single out by μ, the town's beloved virtual idol.

But in the midst of his calm life, things are starting to seem a little weird -- and not just for him. He and a few other classmates have started to notice that things don't seem to be adding up. From weird cases of déjà vu to glitches in μ's new song, the world of Miyabi City is starting to make less and less sense.

The Hook: And things really start to fall apart when the high school's graduation ceremony turns into a digital zombie apocalypse. Only a select few -- Ritsu and friends among them -- remain unaffected. And this will be the kickoff for what comes next... as you may know if you played the game, or if you've been following Ritsu's talks on psychology throughout the episode.

Who Is It For: Fans of the original game, which game to the West as The Caligula Effect, will understand exactly what's going on right away. However, the pacing has changed considerably from the game, giving us a bit more background into the player character and flashing back to what will eventually become the backstory of the whole situation.

People new to the show may be on the fence, so here's your litmus test. If you're into psychology, especially doing "reads" on entertainment, this will be catnip for you. If you find long talks on psychology a turn-off... well, give it a go just in case. Because while Caligula is deeply rooted in psychology and personal analysis, it's also got some interesting spins on dark media and digital horror. And the music is pretty great, too.

Get started on Caligula.