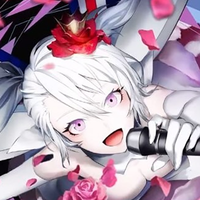 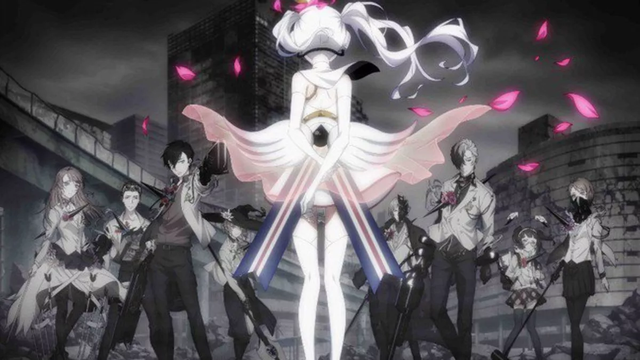 You wake up one day and go to school, only to find that people's faces are glitching and you can't escape the small corner of the town in which you live. Not only that... there's a beautiful digital idol at the head of all of it. Sound like something out of a Vocaloid video? You're more right than you may think.

Caligula started as a PS Vita game, localized in America as The Caligula Effect. It's an unexpected mash-up of elements: an inescapable virtual world that runs on self-realization, all overseen by a digital idol. And it's penned by the scenario writer of the original Persona games... so you know you're in for a wild ride.

Most of all, though, fans of Vocaloid tunes will want to keep an ear to this new series -- and not just because there are digital idols in the world of the series. The connection goes even deeper that that: all the way to familiar names behind hits like "Karakuri Pierrot" and "Nijigen Dream Fever." No, you're not just hearing things -- the world of digital idols is very real in Caligula!

The Caligula Effect video game casts you as a protagonist caught in a world you come to realize isn't real. It's theoretically an "ideal" world, allowing you to live out the joys of high school and listen to a beautiful pop idol, but there's something wicked just underneath the surface. And only a select few people can see what's happening.

Those select few form the Go-Home Club: a group devoted to finding their way out of the digital world of Mobius and back home. They'll have to fight their way past a powerful group called the Ostinato Musicians to do so, though... and they'll have to dig deep into their real lives, and why they're in Mobius in the first place.

How you find that out is just as strange as the world around you -- because, as you can imagine, there aren't a lot of chances in the world of Mobius to vent out your feelings. Rather, it's through battle... and what you become during battle! 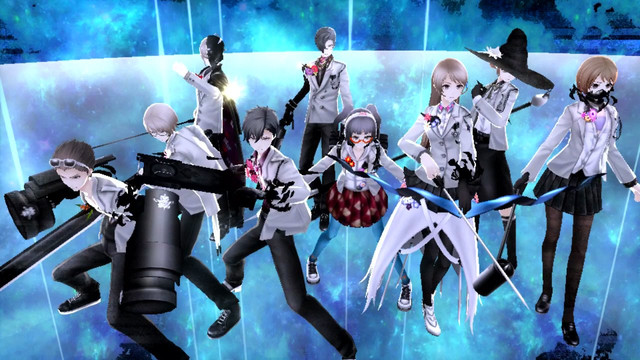 How do you fight your way out of a digital world? (And before you ask, no, the answer is not "kung fu.") The members of the Go-Home Club each experience something known as the Catharsis Effect: a change that brings out aspects of their real-world selves, turning them into literal weapons that embody who they were before they came to Mobius.

However, "catharsis" doesn't come without consequences. This realized version of their true selves also comes with the side effect of bringing out hidden elements of their personality. And, as we discover over time, the members of the Go-Home Club aren't exactly the purest people.

So aside from the Ostinato Musicians, what do they have to fight to make their way out of Mobius? An engineer? A malicious scientist? 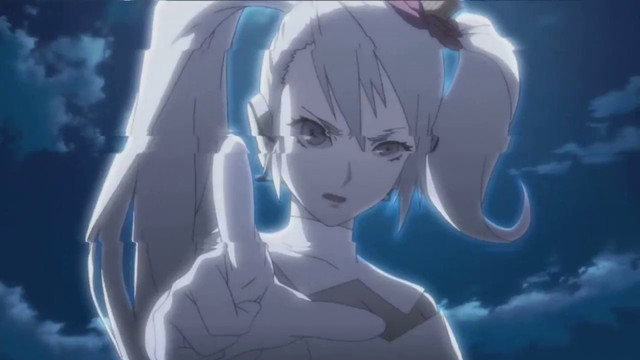 There are some twists and turns along the way, with some interpersonal dealings leading to much bigger issues -- but at the top of the heap is μ (not the Love Live! kind). μ is, essentially, a Vocaloid: a piece of vocal software and Mobius's beloved idol. She can bring happiness to anyone who listens to her song... but there's far more to her than meets the eye. Not just what she wants and where she comes from, but where her songs come from.

Going too far in that direction would be entering spoiler territory. But in the real world, The Caligula Effect and the world of Vocaloids aren't all that far separate. In fact, Vocaloids and the Ostinato Musicians share a few familiar composers!

The Go-Home Club's rivals have "Character Sound Composers" drawn from the Nico Nico Douga community and the web at large. Familiar names like CyoucyoP ("Renritsu Houteshiki"), PolyphonicBranch ("Nijigen Dream Fever"), and 40mP ("Karakuri Pierrot") are just a few of the composers who lent their talents to the original game. Tsukasa Masuko of the Megami Tensei series brings it all together with the game's general soundtrack.

The Caligula Effect: Overdose Introduces Members of the Go-Home Club