Race Horses, Battleships, and Windows 8: A Guide to Anime Anthropomorphism

An investigation of Japan’s quirkier multimedia inspirations in celebration of Umamusume: Pretty Derby 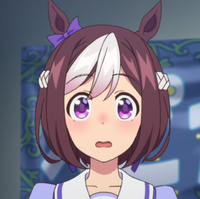 With each new anime season comes a title or two that raises eyebrows on the elevator pitch – something that looks bizarre at a glance, but actually has a whole lot of heart beneath the questionable premise. In the newly started Spring 2018 season, that honor undoubtedly belongs to Umamusume: Pretty Derby.

Produced by P.A. Works (Shirobako), the series re-imagines the sport of horse racing as an event more akin to track-and-field. The participants are all “horse girls” named after real-life equestrian legends from the Japanese circuit, like protagonist Special Week, who enrolls in Tracen Academy with the dream of becoming Japan’s #1 horse girl!

As bizarre as it sounds, Umamusume: Pretty Derby is far from the first time Japan has employed anthropomorphism (“anthropo-moe-ism”?) in its media, so we’d like to share with you a selection of some of the more remarkable examples:

There’s been a lot of crossover between military and anime otaku over the years, but if your enjoyment of High School Fleet was followed by a desire for the ships to be just as cute as their crews, we won’t judge – and instead, we’ll direct you towards KanColle: Kantai Collection.

Known as “Fleet Girls”, the cast of this multimedia project are young women who embody the spirits of World War II warships and use weapons inspired by their visages to combat an alien-esque threat known as the Abyssal Fleet, which has taken over the seas.

Alongside battle gear and weapons inspired by their respective ships, each of the sea maidens is also adorned with the name of their vessel, such as timid protagonist Fubuki, who shares her name with Japan’s destroyer.

No article about anime anthropomorphism would be complete without the sweet sensation that is Kemono Friends.

Waking up in a Savannah with no memories, Kaban finds herself on a journey through the different terrains of Japari Park’s zoo-like enclosures with Serval, a “Friend” with similarities to her African wild cat namesake. As they journey through jungles, mountains and lakes in search of the library where Kaban hopes to learn who she really is, the pair meet many other “Friends” – who while mostly human in appearance, each carry unique characteristics similar to their animal namesakes.

The appearance of “Friends” can be convincing to members of the animal kingdom however, as the world found out with the love story of our generation: that of Humboldt penguin Grape-kun and a cut-out of Kemono Friends character Hululu, that was placed in the penguin’s exhibit during a tie-in promotion.

If you’ve ever had an interest in world history but no actual desire to pass classes on the subject, you can learn about history’s diplomatic ties and conflicts through the comedic interactions of personified countries.

In the world of Hetalia, each nation is represented mostly by handsome young men encompassing both positive and negative stereotypes of their respective nation. For example, America loves to eat hamburgers and talks big about being a hero, while the blond-haired and blue-eyed Germany carries a macho older brother vibe. Italy on the other hand, is an adorable and cowardly ditz who loves pasta.

With key titles like Monster Musume: Everyday Life with Monster Girls and A Centaur's Life, the phenomenon of “Monster Girls” really is coming into its own as a sub-genre comparable to the isekai boom. While many characters in this category are “vintage” examples of anthropomorphism from folklore, like centaurs and lamias, these titles are also known for getting more than a little creative.

While Final Fantasy reigned supreme in the west, Japanese gaming audiences veered towards Dragon Quest, helping cement the slime as a recognizable early foe in the genre - similar to how we view goblins. This ultimately led to the creation who is certainly more than a little different to Dragon Quest’s mascot: Monster Musume’s Suu. Living alongside the rest of the cast in Kimihito’s home, Suu is a slime that can mold into seemingly any form, yet prefers that of a young woman.

The varied cast of Monster Musume also includes other examples of non-conventional moe anthropomorphism, like the spider-bodied Rachnera and cute dullahan Lala.

Marketing campaigns in the tech world can be clinical and drab at the best of times, so it should come as no surprise that Microsoft went with a anted a cuter strategy to help shift their then-new Windows 8 operating system.

Purchasing the DSP editions of either the Yuu or Ai editions of Windows 8 Pro 64bit would gift buyers with exclusive theme pack wallpaper and event sounds in that character’s voice. The pair were later succeeded by mascots for other Microsoft products and services, such as Touko for Windows 10.

Broad groups like battleships and animals aren’t the only subjects to be transformed into anime girls, with one of the strangest examples already being a human being: Apple co-founder and former CEO, the late Steve Jobs.

Tributes from across the globe poured in after the innovator passed away in 2011, but perhaps the most bizarre comes from the self-published Chocolate Apple 1991-2011. Available during 2011’s Winter Comiket, the story follows the author’s discovery of Apple computers and re-imagines the iconic entrepreneur as a cute woman, because why not?

This no doubt sets a lofty precedent worth aspiring to. Can we say we ever truly lived if we aren’t remembered through a cute girl in a doujin?

In this article, we’ve explored a plethora of strange subjects that have been transformed into cute moe girls, from animals, to computers and battleships – but this one is truly bizarre.

If only other countries had the decency to explain these things in ways we’d actually understand...

These examples are really just the tip of the fascinating iceberg that is anime anthropomorphism, so please feel welcome to share your favorites in the comments below!

Josh A. Stevens is a guest writer for Crunchyroll, a freelance PR with anime industry experience, and a writer at Anime UK News. You can follow him on Twitter @Joshawott.