Mecha Battles and Gacha Fantasy: Get Hooked on Parody Anime!

This week, we dive into the worlds of "Space Battleship Tiramisu" and "Last Period" to see what will keep you coming back for more 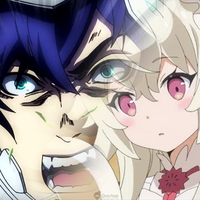 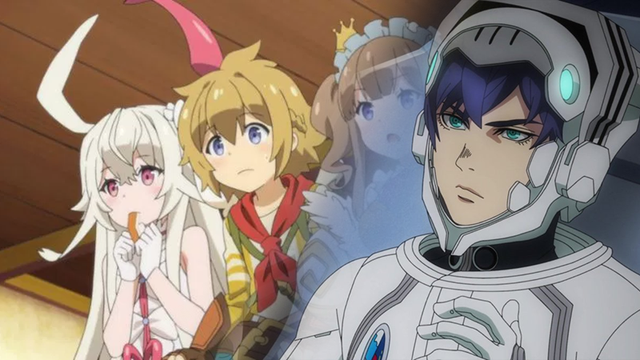 Whether you're a fan of otherworldly fantasy or epic mecha battles, The Hook has something special for you this week. Well... sort of.

Our most recent selections definitely belong on your watch list if you like fantasy or space action -- but they've both got a healthy dose of humor to them as well. If you enjoy fantasy battles but can't stand all the one-star gachas you pull, or if you've ever wondered what really goes on in the cockpit of a giant robot, this week's selections are for you. What will keep you coming back after the first episode? That's what we're here to find out!

Last Period: the journey to the end of the despair 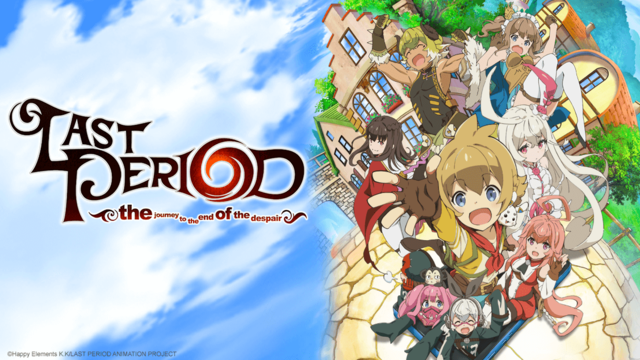 The world of the anime series Last Period is overrun with evil demons known as Spirals. To rid the world of them, fighters known as Periods are sent out by Arc End to dispatch them. The brave and compassionate Haru has a team of his own working for Arc End #8... or they did, until someone emptied out the office safe and left them penniless.

With all their funds gone and the majority of their Periods high-tailing it out to more lucrative branches, #8 is taking unapproved half-price quests with its remaining teams. Work long enough, and they can bring themselves back into the association's good graces. Unfortunately, their clients aren't the most scrupulous, and they're being fought every step of the way by a mysterious group called Wiseman.

The Hook: Oh, and the whole thing is basically a giant gacha game.

Now, which characters are aware of that at any given time seems to vary. They understand the concept of apologems for maintenance and ranking character value by stars, but the concept of "real money" escapes them. The ever-hungry Choco seems most genre-savvy, with Haru throwing his all into his role at all times. But for better or for worse, this runs on game logic in a very real way.

... Right down to those daily free summons that end in sadness.

Who Is It For: If you like fantasy comedy in general, Last Period will definitely entertain you. But it's absolutely constructed for the gacha gamers in the crowd, with in-jokes and references designed to get either empathy or groans. The villains of Wiseman may end up being the dark horse stars, though, with a sort of Time Bokan baddie vibe about them.

Get stared on Last Period! 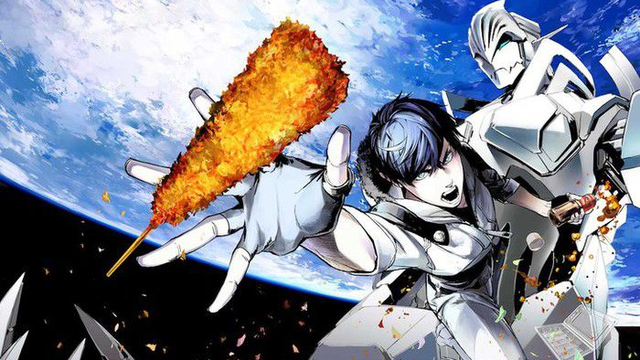 His name is Subaru Ichinose, and all he wants to do is eat his dang pork skewers in peace.

If you're a fan of traditional mecha anime and space opera, Space Battleship Tiramisu will seem very familiar at first glance. It has dashes of Macross, Gundam, and Yamato sprinkled throughout, both in terms of narration and design. But the seven-minute episodes focus a lot less on the space battles, and more on what happens inside the cockpit.

On our first two missions out with Subaru, we see him facing two dire calamities: trying to finish a pork skewer before engaging with the enemy, and figuring out how to get his inside-out and backwards shirt turned around without taking off his helmet. Truly, the struggles of a hero.

The Hook: While the show itself is firmly in the Gag Anime camp, Space Battleship Tiramisu has all the cues you'd expect from your favorite old-school (and new-school, let's not lie) series. From the voice acting to the music, the series definitely feels just like the shows we're already fans of... plus that extra bit of absurdity.

Who Is It For: No question, this one goes out to the sci-fi and mecha fans. Will you enjoy it if that's not your genre of choice? You bet! It's still funny, especially if you're a fan of gag anime in general. But the genre and style references will hit a lot closer to home for people who are already into giant robots. Then again, we all dig giant robots on some level, right.

Get started on Space Battleship Tiramisu!