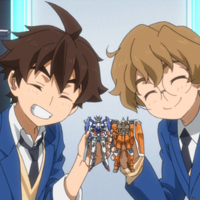 The first Gundam anime hit TVs on April 7, 1979 – just shy of 40 years ago. Since then, there have been about a dozen TV series, a number of movies, some light novels, many video games, and so, so much more. The original anime, Mobile Suit Gundam, is considered the genre-defining series for “real robot” mecha anime – so if you like your giant robot battles, you have Gundam to thank. 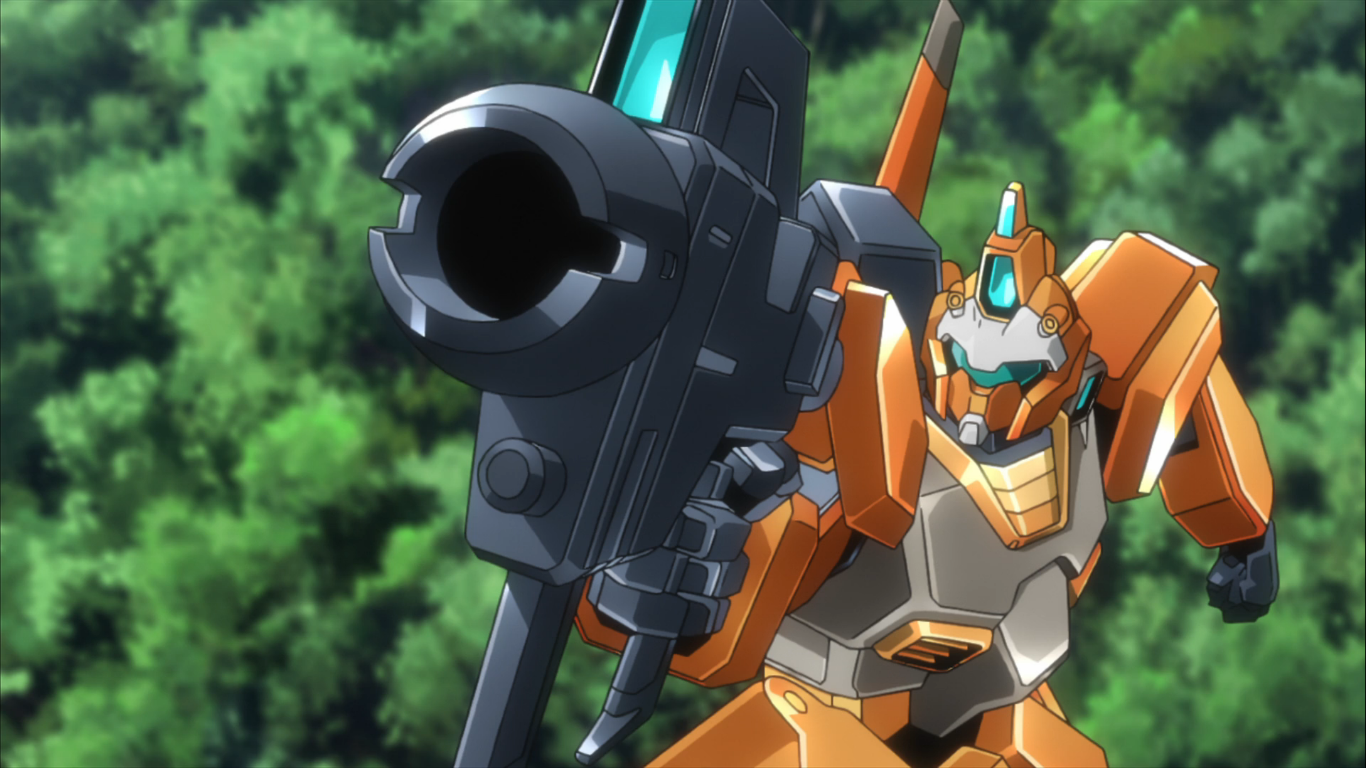 All this history can make Gundam an intimidating franchise for a new mecha fan or the idly curious. It would take literal weeks to watch every single Gundam release. Add to the fact that some series are in the same timeline as the original Mobile Suit Gundam while others aren’t, and it becomes downright confusing even for longtime fans. Some argue that to get into Gundam you should start with the original and work your way through. Others say you should pick the series with the mechs that look the coolest to you. I would argue, however, that the Gundam Build series, the children’s TV show, is the optimal gateway for new Gundam fans.

The Gundam Build series throws literally every single mobile suit and series at you in one go. Everything that makes Gundam what it is, from absurdly cool mecha battles in space to character-driven growth to intense strategy… it all shows up in the series. (It’s a little light on death and warfare, granted, but roll with me on this.)

The world of the Build series is similar to our own, with one major difference. In their world, something called Plavsky Particles (a reference to the Gundam franchise’s Minovsky Particles) can bring plastic models (called gunpla) to life. By using the Battle System, gunpla makers can engage in very realistic battles, relying on cool weapons, meticulous craftsmanship, and strategy to win. The Battle System makes it feel like the players are actually in the cockpit of the models they build! It’s such a popular pastime that there are arcades where people can go battle, dedicated gunpla shops where you can buy and build your mechs with the best tools available, and even grand tournaments to find the best Gunpla Fighter. 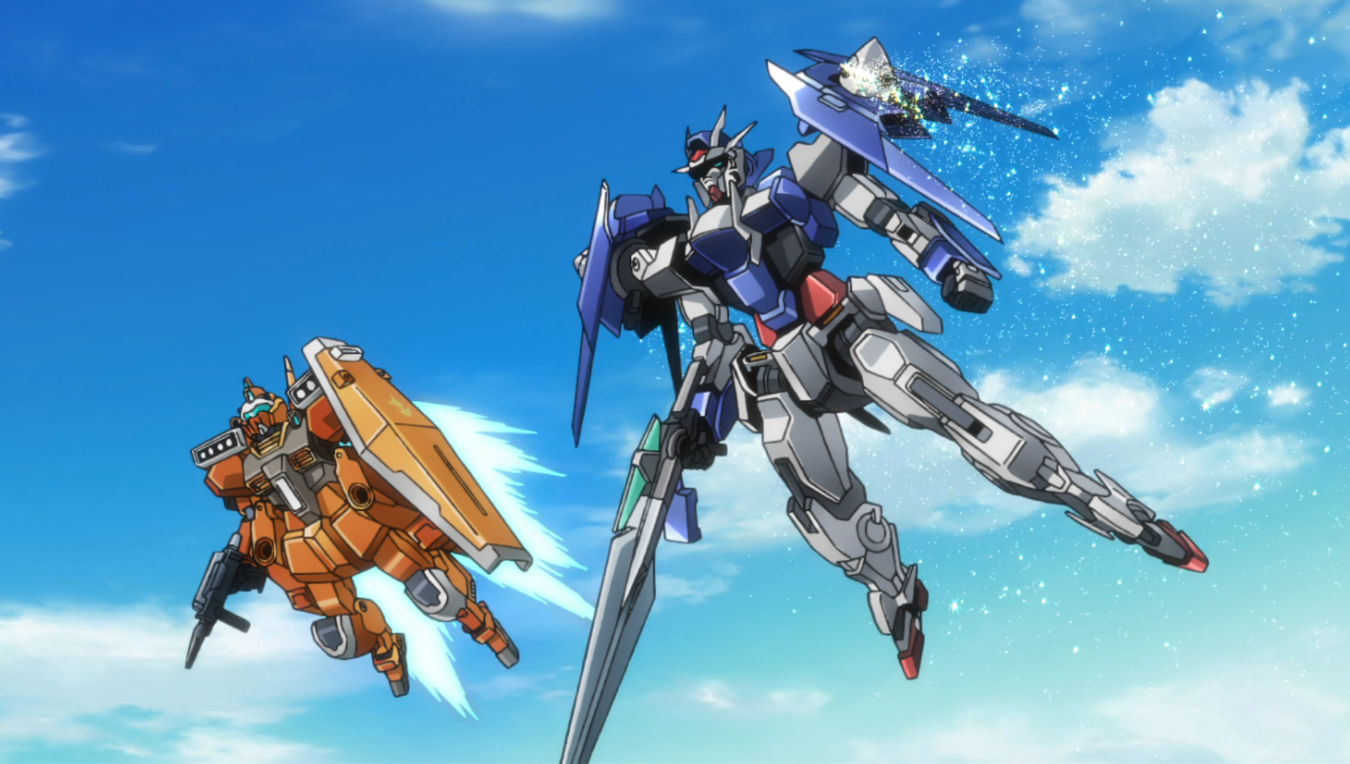 My path to Gundam fandom started with Gundam Wing, one of the alternate universe series, like so many Toonami-fed 90s kids. But it wasn’t until I sat down to watch the original Gundam Build Fighters that I really fell in love with Gundam as a franchise. In Gundam Build Fighters, a Gundam-obsessed kid (who, in one episode, recites a handful of episode titles of the original series in his sleep) named Sei falls in love with battling the plastic models of mobile suits featured in Gundam series.

It might be a sort of silly premise, but I loved it. It’s all about being an unabashed fan, where having an encyclopedic memory for mobile suits that show up in a single episode is an asset, not a detriment. You don’t need to share the main character’s expertise, and while the show is full of easter eggs for fans, like characters from beloved OVAs appearing in the background, it’s still fun and accessible for people who have never heard of Amuro Ray. It even reminded me how much I enjoy building gunpla like the ones featured in the show, all of which are real-world kits you can buy and build yourself. (Sadly, we still don’t have a way to bring them to life to engage in battles. Yet.) 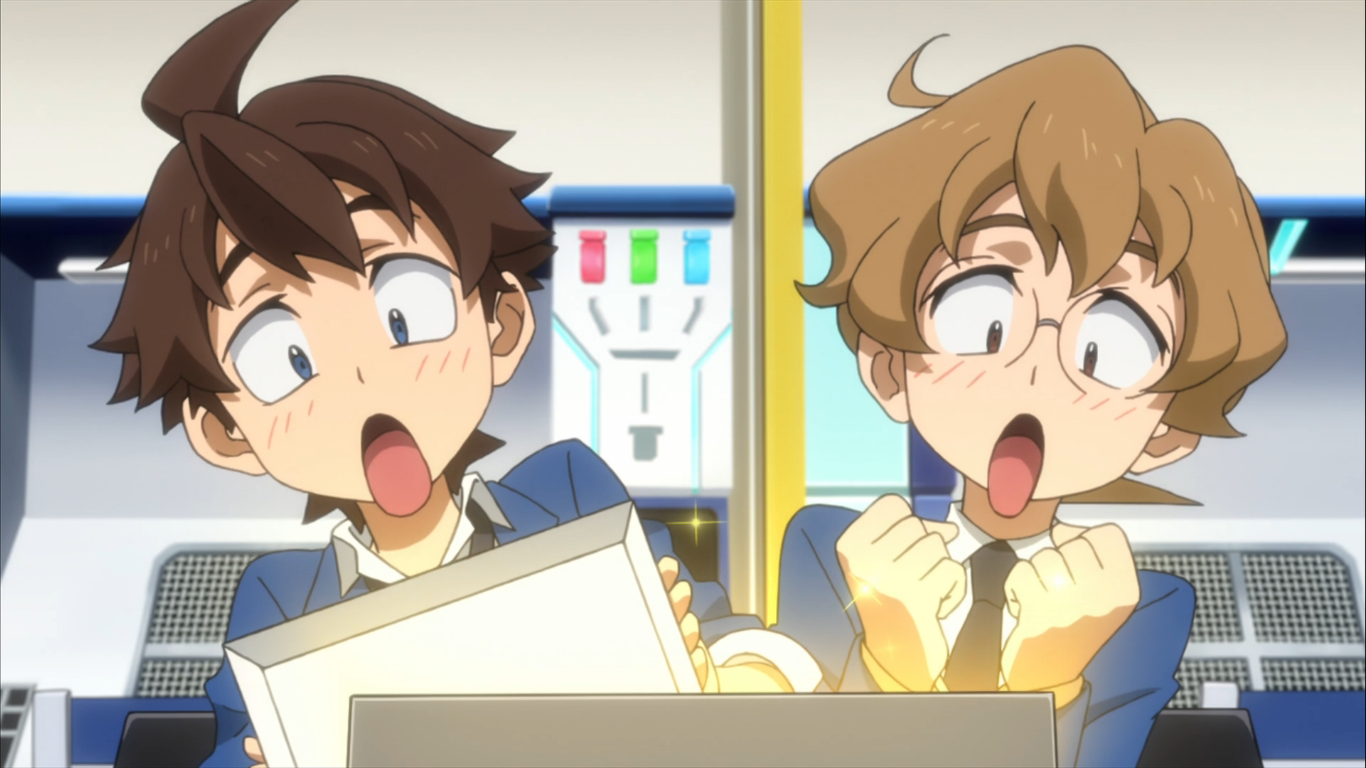 Build Divers taps into the childlike fun of building Gundam model kits and pretending that you’re a part of epic mecha battles by letting its characters do exactly that. But unlike past Build series, Divers takes things to the next level. Not only can the main characters Riku and Yukki build and battle with their gunpla, they can immerse themselves in a digital world where they can explore and battle in their gunpla creations. The world of Gundam is available to them through internet cafe-style access points. People of all ages show off their personalities with their unique avatars and gunpla mash-ups. They might spend their time battling each other, working together in forces to accomplish harder goals, or even wander around outside of their gunpla and explore the digital world inspired by different Gundam series. It’s quite a lot of fun, and everyone’s enthusiasm for gunpla is infectious. 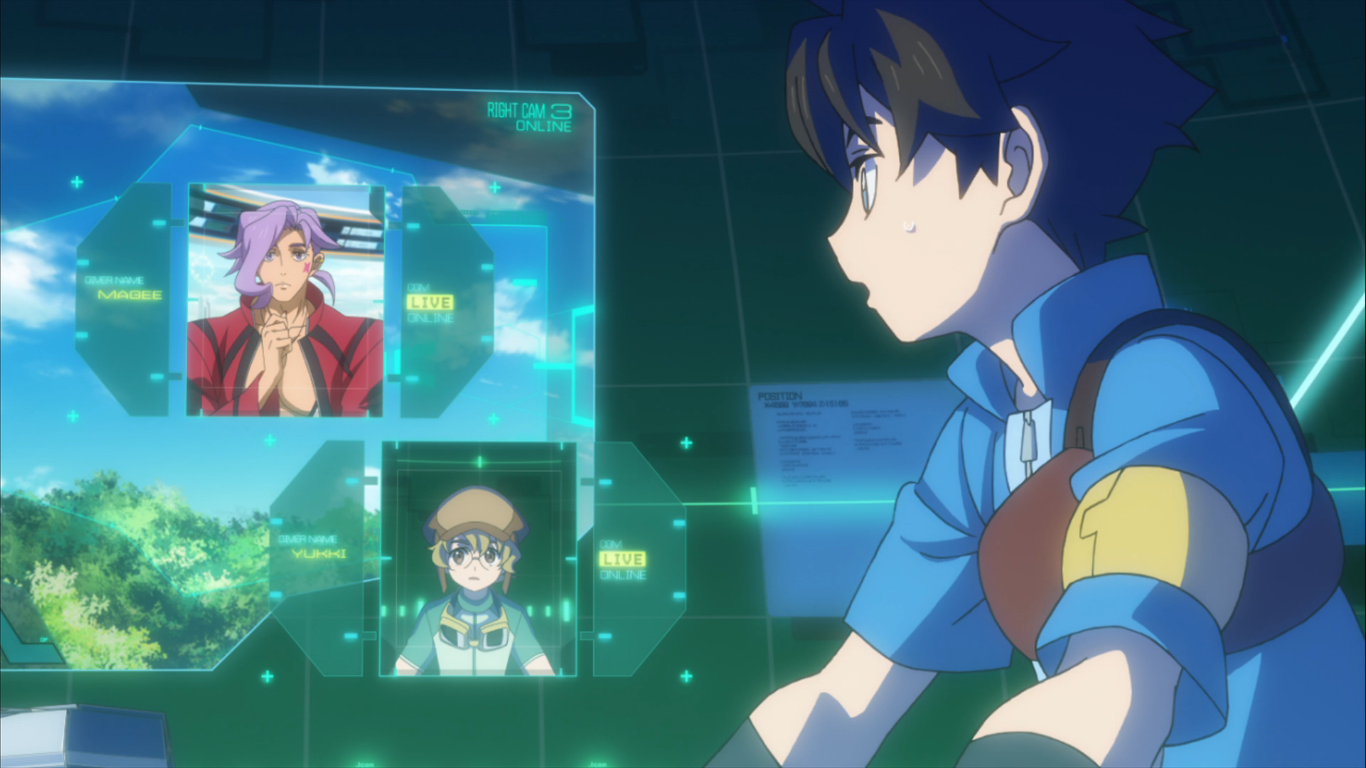 As far as Gundam series go, the Gundam Build series is unique in that it isn’t serious. Heavy topics having to do with war and the moral complications that result from it feature regularly in pretty much every other Gundam series. Some, like the recent Iron-Blooded Orphans, are flat-out emotionally devastating. But in Build Fighters, everything is about a love of the franchise’s mobile suit designs, looking cool, and enthusiastic friends striving to become the best. It’s a much easier to swallow entry point into the Gundam world – and one that is incredibly fun to revisit after you binge watch every series you can get your hands on, because you’ll pick up on references left and right. 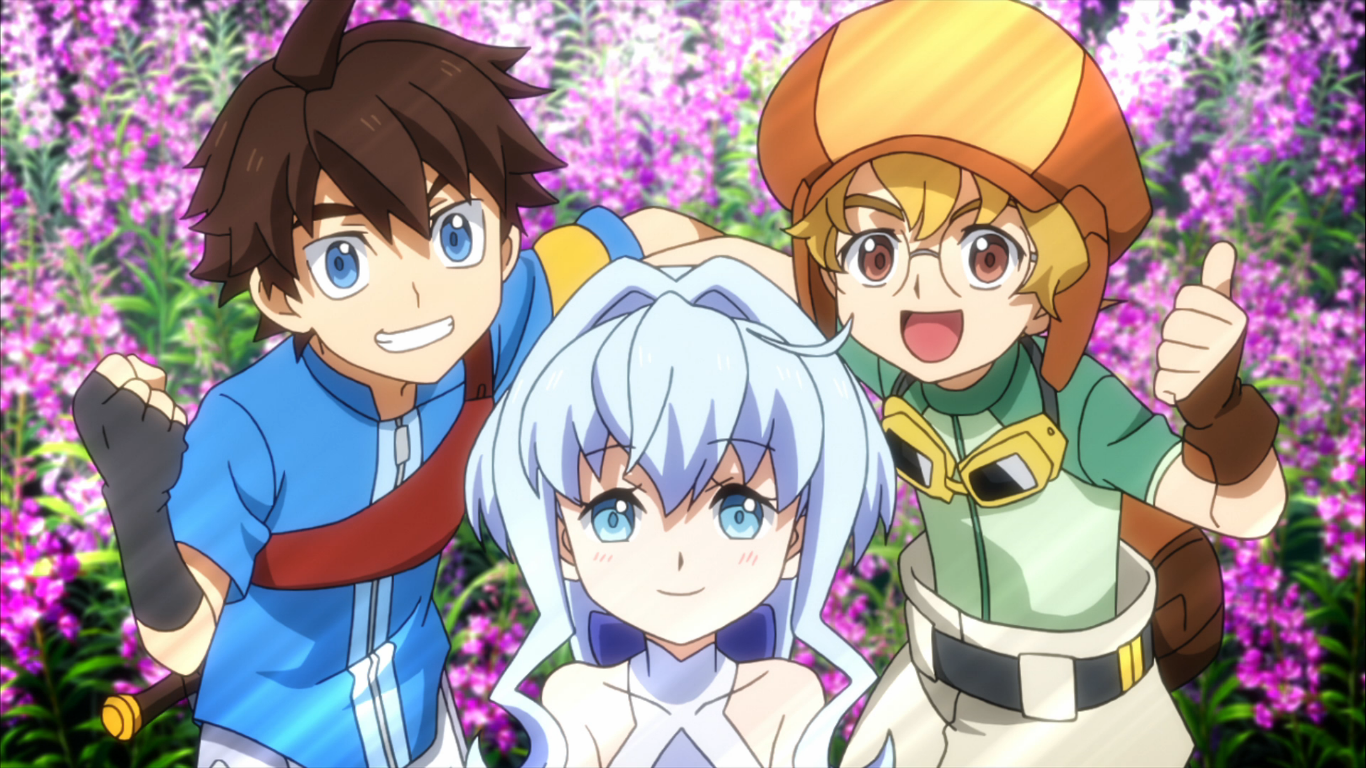 So if you’re Gundam-curious, or a fan of other mecha series like Escaflowne or Code Geass looking to get into the original “serious” mecha series but don’t know where to start, give Build Divers a go. It has all the heart and fun of the first two Build series, but does something new with the introduction of an MMO-style world for the characters to explore. Once the Gundam bug has bitten you, though, you’ll find yourself putting in the time to work through the backlog. Whether you dabble in the Alternate Universes or try to catch up on Universal Century, when you return to Build Divers for a breather – because you will need one – you’ll find plenty of references to make it worth the re-watch!

Jeni Hackett is a writer and all-around geek. You can catch her WIP cosplays, over-excited reactions to anime, and the odd dash of science on her Twitter (@allonsyjeni) or on Instagram (@allonsyjeni and @allonsyjenicosplay).