A Simple Guide to the Biggest Family Tree in One Piece

Your guide to the major players in One Piece's Charlotte Family 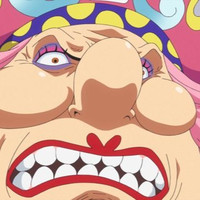 With Whole Cake Island shaping up to be one of One Piece's biggest arcs yet, it's easy to lose track of who's who. Big Mom has 85 children from 43 husbands, making her family one of the biggest villain groups yet. Even though only a fraction of her total children have shown up, it's still easy to get confused, especially with how many of them are at the wedding now. In this guide, I'll be going over the most important of them at the wedding and what you need to know about their roles and abilities so you can keep track of everyone in this crazy family. Now, without further ado, let's take a look at the most important members of Big Mom's big family! 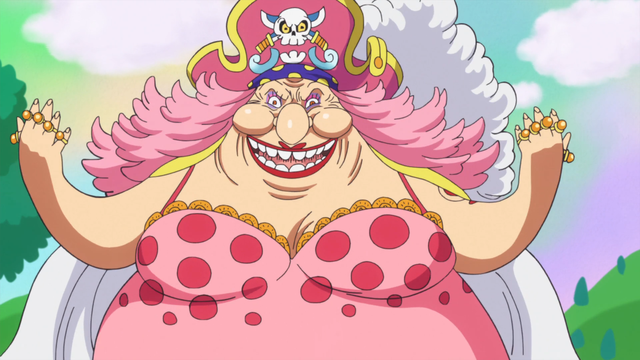 The matron of the Charlotte family, Big Mom herself, Charlotte Linlin. As one of the Four Emperors, Big Mom is incredibly powerful by any standard. She can knock out a room full of people with Conqueror's Haki, her skin is so strong it's practically impenetrable, and her Soul-Soul Fruit lets her rip away the lifespan from anyone who fears her and use their soul to bring inanimate objects to life as her minions. Her one weakness seems to be a picture of a woman she calls Mother Carmel; if it's damaged in any way, she unleashes her Haki indiscriminately and becomes vulnerable to regular injuries. Whoever this Mother Carmel is, she clearly has some history with Big Mom that we'll no doubt see soon enough. 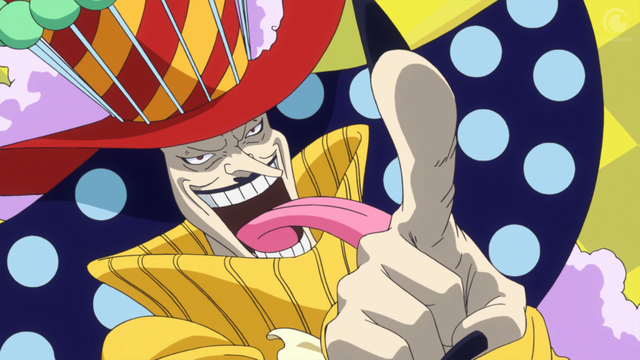 Big Mom's first son and the Minister of Candy. We first met him when Big Mom ordered him to watch over Caesar, where he demonstrated his Lick-Lick Fruit powers (a pun on his name since the Japanese word for lick is "pero"). He has the power to create all sorts of things out of candy, from a full replica of Caesar's lab to an ornate escalator for the wedding guests. He can even attack by covering his enemies with so much candy that they die! We haven't seen his full abilities yet, but he's clearly a force to be reckoned with. 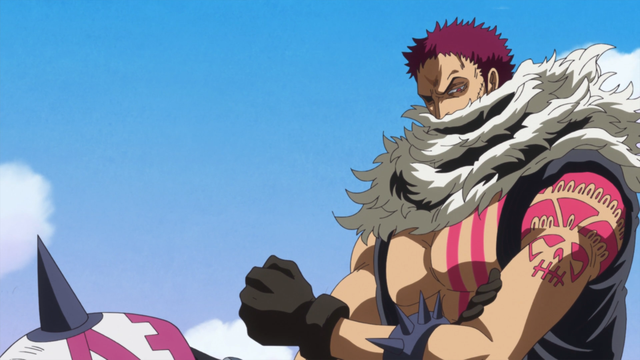 Aside from Big Mom herself, Minister of Flour Katakuri might very well be the most dangerous opponent at the wedding. He's one of the Sweet 3 Generals (along with Cracker and Smoothie) and bears the distinction of holding the highest known bounty in the world, coming in at a whopping 1,057,000,000 Berries, and what we've seen of his combat abilities proves that his bounty isn't just for show. He's strong enough to kill a person just by flicking a jellybean at them, and has Observation Haki powerful enough to straight up see into the future. Those two factors alone would make him a tough opponent, but he also has the power of the Mochi-Mochi Fruit, which lets him turn his body into a sticky substance to stretch out (sound familiar?) and catch his enemies. He was only introduced a few episodes ago, and he's already set to be one of the biggest players at the wedding. 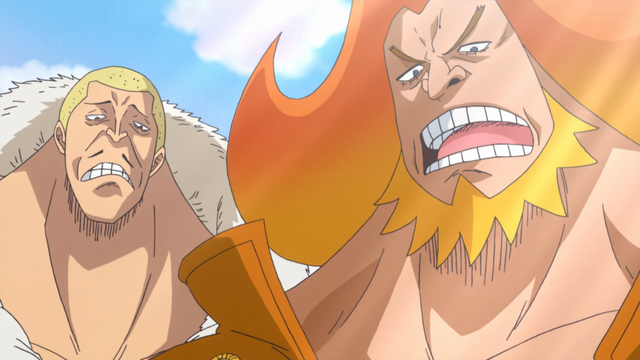 Daifuku (left) and Oven (right) appear on this list together because that's how they've appeared so far in One Piece, but that's not do diminish their individual strengths. The two of them were strong enough to clear out 100 enemies without any effort whatsoever. Fitting with his name, Oven seems to have some heat based Devil Fruit that he used to melt right through metal. Daifuku's power is less clear, but it appears to involve some sort of smoke and easily defeated a large group of enemies in just a few seconds. Interestingly enough, their introduction didn't come till later in the manga, so their earlier introduction in the anime tells you just how important they're going to be. 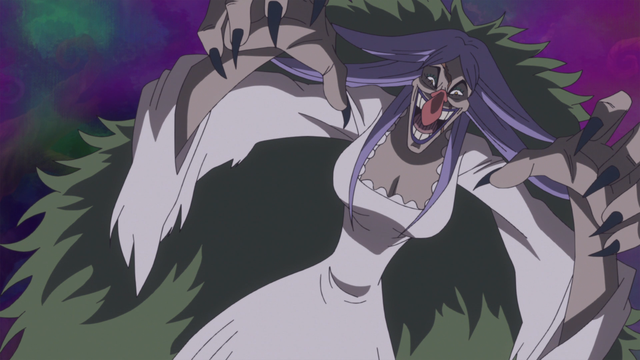 Poor, poor Brûlée. Brûlée initially seemed like a real threat when she was introduced in the Seducing Woods. She ran the Straw Hats in circles by creating copies of them with her Mirror-Mirror Fruit, and pulled Chopper and Carrot into an alternate dimension she called the Mirro-World. Unfortunately for her, she was quickly captured and has been reduced to the Straw Hats' transportation method. Her ability to cross into an alternate dimension through mirrors is what's allowed the Straw Hats to move freely across Whole Cake Island, and was a crucial part of how the Straw Hats were able to infiltrate the wedding in the first place. She's not much of a threat on her own, but she does have quite a useful power. Now if only she could stop getting captured... 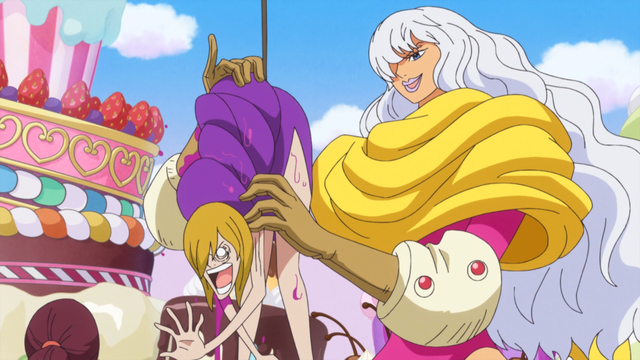 Rounding out the Big Mom's three Generals is Charlotte Smoothie, the Minister of Juice. Even though we haven't seen much of her combat abilities, Smoothie's status as a General and her 932,000,000 Berry bounty (the third highest confirmed bounty) means she's not someone to be truffled with. For comparison, that bounty is 62,000,000 higher than Cracker, who even gave Luffy trouble. Smoothie also has some sort of Devil Fruit that, fitting with her name and title, lets her wring out people and animals to create a tasty juice. Whatever her exact power is, Smoothie is clearly one of Big Mom's strongest fighters. 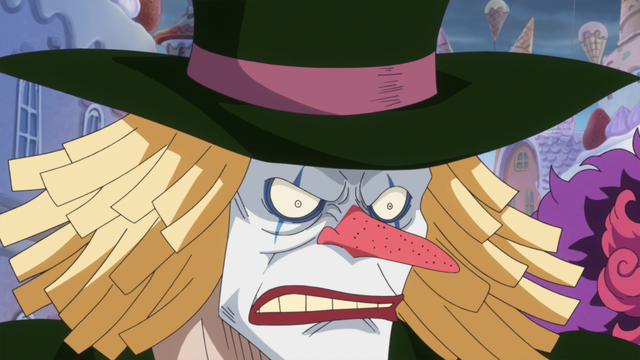 While he isn't a General, Minister of Cheese Mont-d'Or is far from a nobody on his crew. As one of the army sent after Luffy, he was integral in capturing and imprisoning both Luffy and Nami. His Devil Fruit allows him to trap his opponents in a world of illusions just by showing them a book, as well as turn a giant book into a prison for whatever interesting creatures Big Mom finds. It'll be interesting to see what else he can do with his book-based abilities. 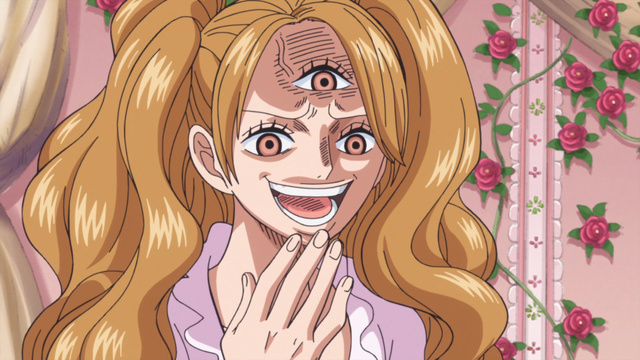 Last but not least is Charlotte Pudding, Sanji's bride-to-be (at least until Luffy interrupted the wedding). Pudding's father was one of the Three-Eyed People, a group of people with a third eye that can apparently read Ponegliffs, although Pudding has yet to awaken this ability. What she can do is view, modify, and remove people's memories with her Memo-Memo Fruit powers. She's not much of a fighter, but she's a master manipulator who hides her cruel personality behind a kind and loving exterior. At least some of that comes from constantly being mocked about her third eye, so there might be more to her now that she's seen Sanji accept it without any judgment. Her breakdown after he calls it beautiful points to some deep-seated issues about her appearance. Pudding's a bit of a wild card now, and it's impossible to say what she's going to do from here.

The Charlotte Family is certainly huge, but hopefully this guide will make following along with the wedding a little easier. The chaos has only just started, and this promises to be quite the event, just not in the way Big Mom intended.

Skyler has been an anime fan since he first saw Naruto on Toonami. He loves action shows and strong character writing, and finds writing about himself in the third person awkward. Read more of his work at his blog apieceofanime.com and follow him at https://twitter.com/Videogamep3.