Steins;Gate 0 makes some distinct changes to the Mad Scientist 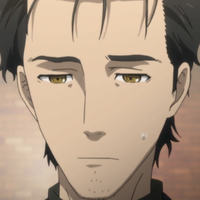 In the several months between Steins;Gate and Steins;Gate 0, Rintaro Okabe has undergone a transformation. He has hung up the lab coat in exchange for an all black suit. The mad scientist has become a regular college student. It’s not just physical differences that make up Okabe now—he has become more emotional, distant, and vulnerable. These changes show how much his failure to save Kurisu have affected him and provide us with a compassionate perspective of a character who has suffered a personal trauma.

When we are reintroduced to Okabe he’s exiting a counselling session set-up by Mayuri. Immediately, there is a stark difference in the person that we have come to know from Steins;Gate. Dressed in all black and looking exhausted, this is not the same Okabe we are used to. With Steins;Gate 0 telling the story of what happens if he does not reach the true ending of the original series, it is easy to discern that he has not been able to get over what happens the first time he travels back to the beginning of Steins;Gate. The change from a white lab coat to an all black suit is an obvious way to convey that Okabe is different, but one that is effective immediately for people to understand. 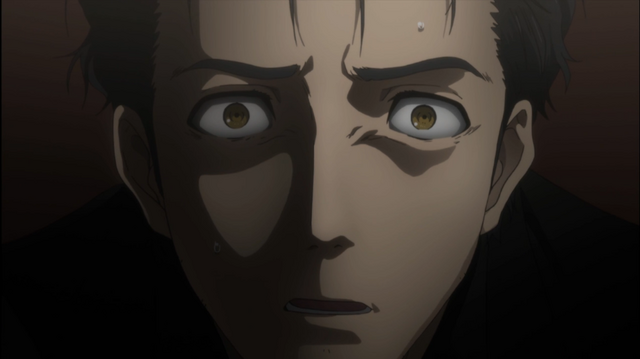 It’s not just his clothes that have changed, Okabe’s personality has undergone a shift as well. Moving away from the Kyouma personality is not something that is new for him—he does it in the latter half of Steins;Gate as well—but to see him without a hint of that persona is strange. This is also shown in the ways he interacts with Mayuri, Rukako, Faris, and Daru as he never dips into Kyouma, but instead is awkward due to having kept his distance during the months in between the two series.

Kyouma is the character Okabe creates in Steins;Gate that is eccentric, has an excessive love of all things science, and is extremely boisterous. With how Okabe created the Kyouma persona to help Mayuri as explained in Steins;Gate, it can seem strange how he does not go into Kyouma once. He goes so far as to tell Faris to not call him Kyouma anymore due to that being from “the Dark Past” and refutes any of her mentions of secret societies or other ways the Kyouma persona would use to communicate. However, he is still trying to make Mayuri happy by somewhat reluctantly agreeing to meet with everyone else. 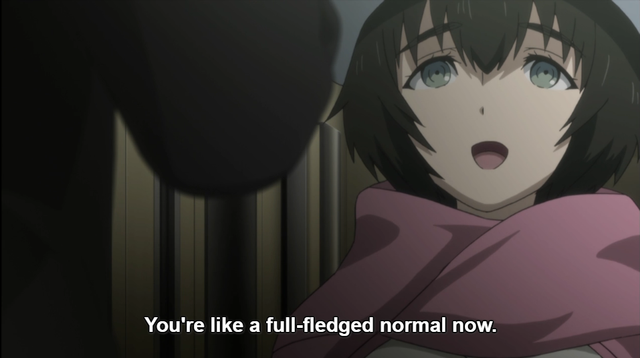 Steins;Gate had a consistent theme of anti-normalcy. Okabe and Daru would constantly look down upon people and ideas that they deemed as being normal. However, here Okabe goes out of his way to call himself a “normal college student” which causes Rukako and Faris to be shocked and appalled. He has gone from mad scientist to typical college student who attends club activities and group dates. Even Mayuri goes so far to say, “You’re like a full-fledged normal now.” There also seems to be an unmentioned awkwardness between Okabe and Daru over his recent changes and their lack of communication.

Despite the differences Okabe has endured since Steins;Gate, these are not negative changes. Just because a character becomes darker, more emotional, and more vulnerable does not deter from their characterization, but can enhance it. This is especially true for protagonists and specifically male protagonists. We see this at times in Steins;Gate, but this series allows him to breakdown emotionally and show that he is truly hurting. Creating that type of vulnerability can be tough. As evidenced with Steins;Gate, he can overcome what is hurting him to save Kurisu. While on some level he understands that he could travel back and save her, he physically and mentally is unable to. How he will end up trying to handle those factors is what makes this version of Okabe fascinating. 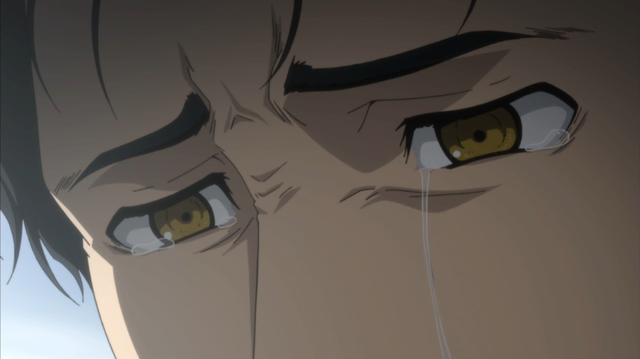 One of the biggest surprises of Steins;Gate 0 how seriously it has treated the topic of Okabe's mental health. Okabe is not written off as just being sad, he actively understands he needs help. It also treats his grief compassionately, with Mayuri setting him up with a form of counselling to try and help him. In the second episode he is seen taking some form of medication—most likely a form of anti-anxiety medication—before attending the after-seminar party. It doesn't take lightly how traumatizing the death of a loved one can be, going so far as to show that Okabe suffers a panic attack from trauma-related cues when he thinks of Kurisu or anything involving her which causes him to immediately stiffen up, begin to sweat profusely, or at one point become physically ill.

Maho Hiyajo, one of the new characters to Steins;Gate 0, is perhaps the best person Okabe could meet. With Maho being another person who directly knew Kurisu, they will be able to help one another come to terms with and potentially work through their grief. Since not one of the original characters, outside of Suzuha, remembers Kurisu, Okabe finally has someone he can talk about her with. Having those types of conversations can be an important first step in the healing process and opening up about his pain. Without Maho, he loses that avenue of help and also the access to the Amadeus program. Amadeus has the potential to be an incredible tool for Okabe, but as Maho explains to him, could also be very painful at the same time. 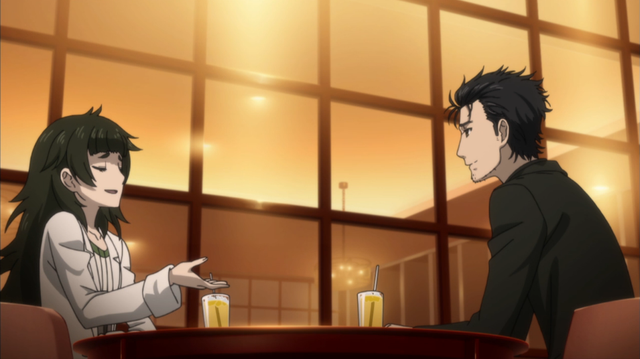 In contrast to Maho, Suzuha’s attempts to coerce him to go back in time to do the opposite. Suzuha is under time constraints. If she doesn’t get Okabe to use the time machine again, WWIII will break out and the dark future where she came from will engulf this world line. As much as Suzuha wants to describe and warn Okabe of what is to come, her stubbornness does not allow her to try and connect emotionally with him. She can understand that he is hurting, but fixing the world line is more important. Considering she’s the only other character that knows what truly happened, it is not an avenue that Okabe can use to heal.

There’s still more episodes to come and with them will be a continuation of how Okabe changes, confronts his grief, or attempts to find peace. With many more twists and turns to come along the way, these will certainly affect him in multiple ways. The one thing that is for sure is that we will continue to see new ways that Okabe can grow as a character throughout the rest of the season. How that happens though, you’ll have to continue watching to find out.

Tags
feature, steins;gate, steins;gate 0
« Previous Post
A Simple Guide to the Biggest Family Tree in One Piece
Next Post »
"Bloom Into You" Yuri Manga Blossoms Into TV Anime in October
Other Top News
6 Comments
Sort by: