Pink is the Deadliest Color: The True Purpose of LLENN's Outfit 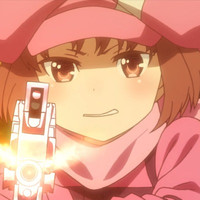 If you've ever played first-person shooters like Call of Duty or recent battle royale-style romps such as Fortnite, you're probably familiar with the core concepts behind Sword Art Online Alternative: Gun Gale Online's game mechanics and strategy. You want to find and shoot the other players to win; naturally, your other main goal is to not die in the process. Given these basics, you were probably surprised when you first saw our protagonist LLENN's choice of outfit - a bright pink bunny suit topped off with all-pink guns. However, there are both practical and psychological advantages to looking like a bright plate of salmon on the battlefield. 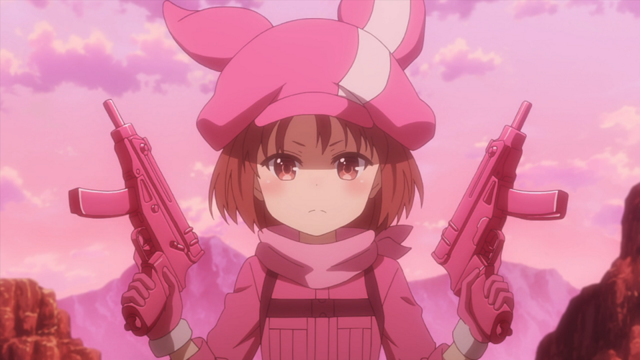 In fact, Keiichi Sigsawa - original author of both this show and Kino's Journey - is so confident in this concept that he put himself in his own story. The in-universe Sigsawa was inspired to host the event because of how fascinated he was by Kirito and Sinon's performance in the Bullet of Bullets, which you can see in the second season of Sword Art Online. His likeness in the show is uncanny, and he even describes his own character as a gun fanatic.  Between LLENN's unique form of success and the way it utilizes Gun Gale Online's own internal rules, it's clear he's a fan, and it shows in how well he manages to incorporate such an out-there character design into a gritty world like this one. 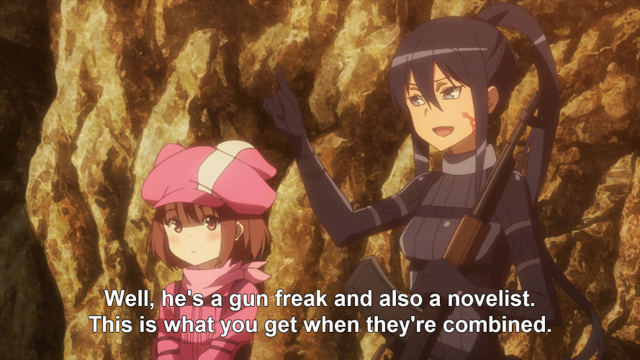 Over the course of four episodes we've seen the practical side of our protagonist's bright clothes. When they arrive in the forest part of the map at the beginning, M recognizes this area as obviously not meshing well with LLENN's pink. However, he utilizes the way she stands out to use her as a distraction for the enemy, ensuring he can safely camp out while they are focused on the obvious target she becomes. It can work the other way around too – LLENN manages to come out on top in her first PVP encounter by hiding in plain sight, inadvertently using her pink uniform to blend in with the sand of the desert. Even the size of her guns is an unlikely asset; because they are so small, she can hide them inside her cape, and the aiming assist system of Gun Gale Online allows her to use her cute P90 from much farther a distance than would be possible in reality. These things, combined with her small size, allowed her to become the infamous “Pink Devil”, killing before her victims could even properly see her. 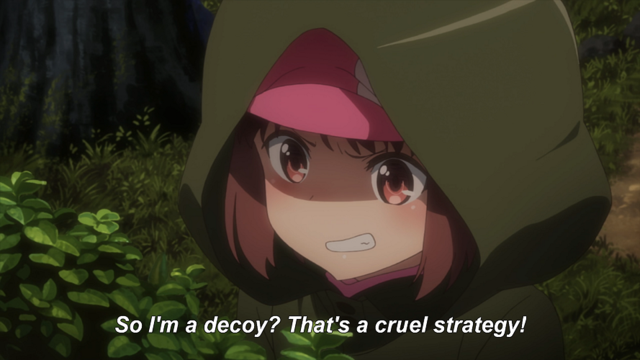 If that sounds too good to be true, then let's look at history. In World War II, the British Long Range Desert Group, or LRDG, allowed commanders to choose whatever paint job for their vehicles that they thought was best. There were many odd-seeming choices made for a variety of reasons, but the most relevant to understanding LLENN's success is Desert Pink. This was utilized to let vehicles like rovers blend into the desert backdrop, especially during dawn and dusk, which were considered the most dangerous times of day. They were given the nickname “Pink Panthers”, and though not all of them were painted the soft pink we're discussing here, similar rovers were still frequently called “Pinkies”. Even outside of the desert, similar reasoning was used to paint British Royal Navy ships “Mountbatten pink”, named after the first ship to use it, and the Spitfire, a spy aircraft, was painted a light pink to blend in with the clouds. LLENN's pink is a bit brighter than the shades used in these situations, but it ultimately serves the same purpose. 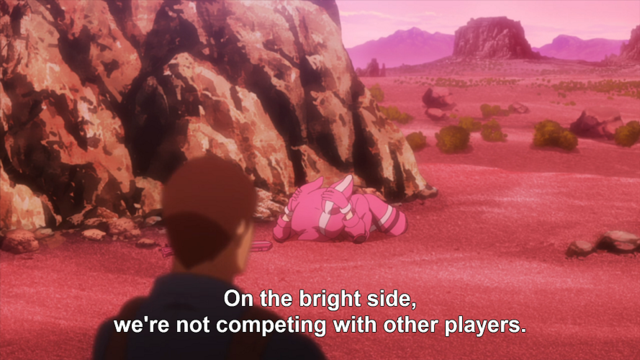 Of course, there are more than practical reasons to be a ricocheting pink pinball of death – the fame. As we've said, LLENN's “Pink Devil” persona is known all throughout the playerbase, and she didn't adopt it as much as earn it. It's a unique and surprising calling card, and it also manages to make her pink suit actively scary. In a way, while she chose pink for its cuteness, LLENN is returning the color to its roots; at least as recently as the 18th century, pink was a masculine color, even invoking war, which Sigsawa absolutely knew when coming up with her character. Surprise quickly turns to fear in the faces of LLENN's enemies. Whether she is hiding in a hole under a briefcase or rolling across the ground to avoid gunfire, her unstoppable skills cast a feeling of menace over her bright outfit and puffy “bunny ear” beret. 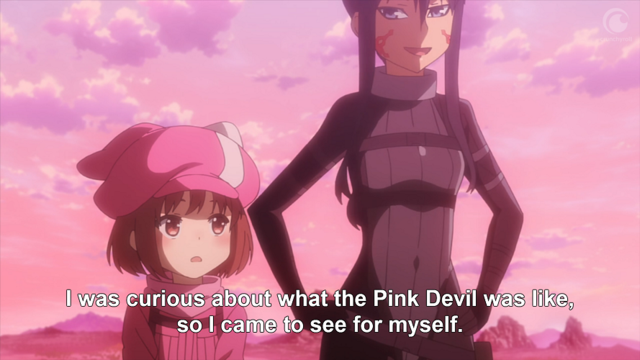 While the show goes on, we continue to see the secret power held in LLENN's cute exterior, and as history has shown us, she is carrying on a timeless tradition. Just goes to show you that you can't judge a book by its cover – or a gun by its color. Have do you outfit your character in videogames? Do you go for utility or kawaii? Let us know in the comments below!

If you want to talk about sports anime, David is your guy. You can get him excited about weekly anime on Twitter @navycherub or hear him gush on his podcast @Tsunday_Best.