Youth in Revolt: The Uncertain Future of DARLING in the FRANXX

How will the mysteries of their youth impact the future of Squad 13? 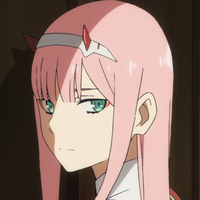 The teenage years are some of the most exciting and confusing of our lives. Our minds and bodies are developing and we encounter a plethora of new feelings for the first time, so it’s no surprise that the period of adolescence is so common in anime, with the majority of protagonists aged between 14-19. Sometimes however, the troublesome teens entail more than just embarrassing classroom romance.

In a future that sees the world in ruins, humanity has abandoned the surface for the safety of biodome “Plantations”. Living in threat of creatures called klaxosaurs, their last line of defence are the FRANXX mechas and the children who pilot them. The fate of humanity being left to minors in control of giant robots is nothing new for anime, yet DARLING in the FRANXX has made it the very core of its world. These pilots are children and their experiences will be shaped by this fact, which may have implications for how the series may progress.

The children of DARLING in the FRANXX didn’t exactly have a normal upbringing by today's standards. Raised together in a research facility known as “The Garden”, they are treated as little more than lab rats: routinely tested on, discouraged from even giving each other names and should they be deemed unworthy, sent away to never be seen again. Even early on, we are left asking why this set up even exists.

Excitable and hyperactive, Zorome has often expressed a desire to live amongst the adults in their secretive city and even asked the leader of Squad 26 whether any children from his squad had become adults. The response was silence, a look of shock and a quiet whisper of “He probably doesn’t know” amongst themselves. When Squad 13 was awarded a brief visit into the city, Zorome went off the beaten path and ended up in the care of a surprised elderly woman. The two bonded as she nursed him back to health, but their meeting was cut short by a decontamination unit who curiously referred to people like Zorome as “Infected Children”. Perhaps there's a more sinister reason for FRANXX pilots being called "parasites" after all, that could potentially tie-in to why they live in isolate from adults. Maybe their dorminatory is actually a quarantine for some as-of-yet unrevealed condition.

Miku discovered another clue to their potential fate when shefled to the out-of-bounds upper floor of their dormitory, she came across a sealed bedroom and, inside, a photograph of the old, presumed deceased Squad 13. 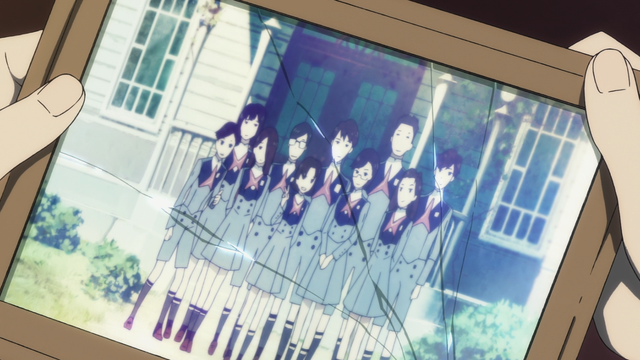 Before we think too hard of where Squad 13 may end, we need to consider where they began. Quietly slipped into all the chaos of episode 15, was an interesting little discovery - the appearance of what looked like a human embryo emerging from a klaxosaur core. We already know that Zero Two is an irregular cross between human and klaxosaur, but could she and this discovery have any connection to the mysteries of the parasites? An earlier, casual reference implied people stopped having children altogether, calling into question whether the cast was even conceived and born naturally, if this did in fact happen before their births.

With so many potential seeds being sewn, is this mortality just an assumed eventuality, or will one of them bloom with tragic side effects? Klaxosaur battles are wild and overwhelming, with there being a few close calls already, but does defending the plantations really carry a mortality rate high enough to rotate out a whole squad? Perhaps Zorome's experience suggests something lurking beneath the skin, like a condition resulting from their unique development or exposure to klaxosaurs. If adulthood really isn't on the cards for Squad 13, what dangers beyond Klaxosaurs might they face?

Being a teenager isn't always about looking forward to adulthood though. One defining aspect of this period in our lives is, of course, the buzz of hormones that leads to romance. Suggestive piloting positions aside, the innocent curiosity and discovery of their budding feelings makes DARLING in the FRANXX at times feel like a surprisingly charming coming-of-age story.

Rewarded for their efforts with a trip to a beach, the typical setting for anime allowed the characters to really open up and humanise themselves, with even the straight-laced, responsible Goro finding himself joining Zorome and Futoshi in their childlike curiosity of why the girls looked “50% cuter” in swimsuits and their interrogation of Hiro about what a kiss is. 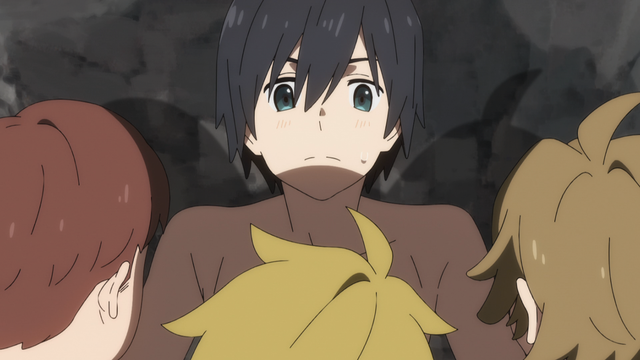 On the girls’ side, while exploring an abandoned town, Kokoro finds herself fascinated by an old, dusty pregnancy booklet to the point that she smuggles it home and is seen curiously reading it later; seemlingly mystified by the reproductive process. By themselves, these actions may seem like the harmless fluff one might expect from a beach filler episode, but could provide the very fuel needed to survive when it matters.

These budding relationships have been shown to affect the battlefield too, with both positive and negative effects resulting from the compatibility of a FRANXX’s two co-pilot positions, named after the reproductive organs of plants (Male: Stamen, Female: Pistol). Mitsuru regularly getting ahead of or annoying Ikuno has led to multiple connection failures, while the reciprocation of romantic feelings between Hiro and Zero Two in episode 15’s finale led to an overwhelming power boost and a new passionate red color for Strelizia.

This could mean that developments in Squad 13’s personal lives could directly impact the outcome of battle. Could Delphinium gain a similar power boost if Ichigo returns Goro’s feelings, or could Miku finally having enough of Zorome’s immaturity lead to Argentea malfunctioning, and their doom? If the Strelizia was able to discover new power through the connection between Hiro and Zero Two, then why are the children discouraged from experiencing emotion?

Romantic drama aside, an aspect of our teen years we'd likely prefer to forget may prove key to DARLING in the FRANXX's end game: parental rebellion.

Ruling over the plantations are the Seven Sages, led by a mysterious yet regal figure known as “Papa”. His word is law and the idea of impressing Papa is constantly dangled like a carrot before the FRANXX pilots, which works especially well with the more immature Zorome. Once a year, the children are also able to request and receive any gift they desire from Papa, a creepier mirror of the traditional birthday present.

The youthful awe for a parent and a desire for their approval isn’t an abstract or unrelatable one, but as the children develop and mature, we know what usually happens next. We become disillusioned with our former idols, start to feel constrained by their rules, and rebel.

With the designations of "Papa" and the "children" evoking an unsubtle comparison to parenthood, it's possible that a revelation about the assumed fate of Squad 13 could be the spark that ignites the end game. There's a lot of mystery surrounding Papa right now, but could its unravelling lead to a teenage rebellion like no other as DARLING in the FRANXX approaches its end?

What do you think of the teases we’ve seen so far, and where do you see the series going? Let us know in the comments below!