Becoming Heroic: What My Hero Academia Teaches Us About Growing Up

Can the lessons Class 1-A learn apply to more than just super heroics? 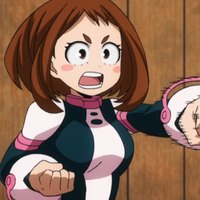 From Bakugo’s explosions, Kaminari’s short circuits, and even Mineta’s sticky balls, My Hero Academia’s prestigious U.A. High School is fertile soil for the growth of tomorrow’s heroes. With a strict curriculum of learning, training, and competitive sports festivals, the individual quirks of the up-and-coming are refined like muscle, so that one day their users may stand as the next symbols of peace.

Being a hero doesn’t just mean being the strongest, however, and taking a stand against evil means more than just punching it in the face. A true hero is also someone people can look up to and depend on, so it’s no surprise that the path to heroism is about more than just maturing one’s powers. While still fresh out of the gate, this journey has already begun for some of Class 1-A. 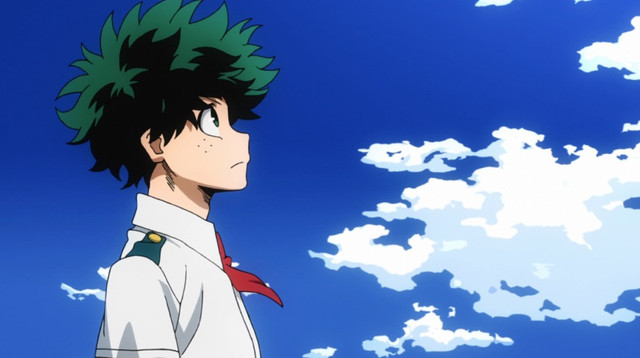 As the protagonist of this underdog story, a lot of the physical and emotional growth we’ve witnessed so far has naturally come from Izuku Midoriya. One of only a fifth born without a “quirk” ability, Midoriya’s spent his early years as the timid target of teasing and bullying; even expressing his dream to join the hero course was met with laughter. As we know, his efforts paid off. Rushing in to save childhood friend and tormentor Bakugo from a villain spurred even the hero of peace to action, who rewarded Midoriya with the mysterious “One for All” power.

Midoriya’s story has been one of celebrating the little victories. The power of One for All is a lot for a young body to contain; especially one not used to a quirk at all. Over three seasons we’ve seen him progress from struggling to focus his power into just throwing a ball, to landing significant blows on a villain whose power is to create literal muscle armor. This progress has been slow and steady, and came hand-in-hand with the development of more than just his abilities. The enthusiasm that once drew ridicule grew as well, becoming a source of inspiration for more and more people around him, earning not only their admiration, but also their friendship.

Midoriya has always chased the ideal of heroism, but over time has faced opposing realities of what this superpowered society represents to others. Being molded into an icon’s successor is his dream while it's Todoroki’s nightmare, and he's seen that the death of a hero in the line of duty isn’t quite as “honorable” to those left behind. Other shonen protagonists would go out guns blazing in their defiance, yet Midoriya has shown an eagerness to listen, learn, and understand before determining the best way to help someone – a sign of not just a great hero, but a great person. 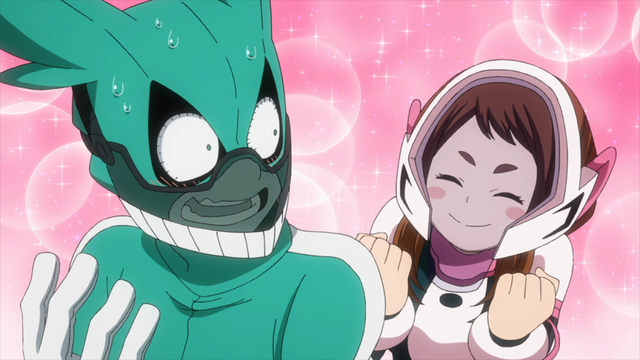 Next up – for someone with the ability to negate gravity, Ochaco Uraraka’s goals are pretty grounded. She’s chasing the superhero life not for fame or glory, but for the more humble goal of a comfortable retirement for her parents. Her powers aren’t exactly suited for high stakes fighting, but Uraraka has learned and embraced valuable lessons from some of her most traumatic experiences to date.

Setting her heart on specializing in rescue efforts felt like a natural fit for a quirk that could lift the wreckage from a toppled building. The villains’ attack on the USJ training exercise and her desperate match against Bakugo in the Sports Festival proved invaluable lessons for Uraraka, who surprised her classmates by accepting an internship with the combat focused hero Gunhead.

Realising that she lacked in physical strength and that the opportunity to learn martial arts would greatly benefit her endeavors as a hero, this decision revealed a more important strength Uraraka possesses. Her loss to Bakugo was humiliating; her one desperate strategy literally blown away in an instant. After shedding the tears that needed shedding, however, she turned that humiliation into motivation to better herself. She not only identified how she needed to improve, but went out of her comfort zone to take the initiative in doing so. That kind of resolve is sure to shine not only in her superheroine career, but in the wider world as well. 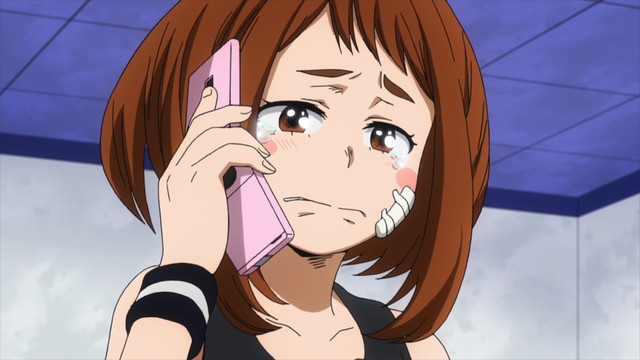 Many would consider superpowers a gift, yet for Shoto Todoroki what flows through his veins is a curse; a reminder of the broken home from which they came. Todoroki’s very existence was born from a more disturbing underbelly of the superhero society: quirk marriages. His pro hero father, the fire-bearing Endeavor, chose his wife solely to produce a child with both their quirks; a skill set he hoped would rival All Might’s One for All.

Todoroki only saw his powers as the sum of their parts, so refusing to ignite the fiery side inherited from his father was an act of rebellion and rejection against the abusive patriarch who drove his mother to despair. A lot of Todoroki’s earlier appearances were defined by this dark cloud hanging over him, but like so many of us growing up, we are changed by the people around us.

Despite rejecting his father’s ambitions, Midoriya’s connection to All Might still led Todoroki to view him as a rival. The battle of inherited quirks waged at the U.A. High Sports Festival where, amidst the action, Midoriya aimed for a prize other than victory. Through his match with Midoriya, Todoroki was able to remember that we are not defined by our parents, that the lives they give us are our own, and finally unleashed his flames. 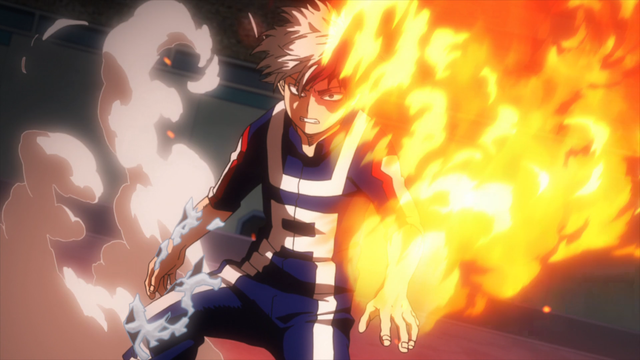 Like his freezing body, Todoroki’s ice-cold heart was thawed. While he won, the once distant prodigy gained a great deal of respect for Midoriya and has slowly started to open up, even referring to him as a “friend” when coming to his aid when they faced off against Hero Killer Stain.

After the match, Todoroki took his first steps towards reconciliation with his mother, and although his relationship with Endeavor remains understandably strained, he at least acknowledges his father’s hero achievements enough to accept an internship at his agency.

My Hero Academia has taught us that the path to heroism isn’t easy, but all because we don’t have giant tails or produce acid, doesn’t mean that its lessons can’t also apply to us. Whether it’s learning to address our faults, overcome past trauma, or even just to appreciate progress one step at a time, the heroes can inspire us as we grow alongside them.

Which hero’s story inspires you? Let us know in the comments!