Oh Right, You Guys Are Here Too: The Unsung Heroes of Class 1-B

Today let's run down the talents and triumphs of My Hero Academia's OTHER heroic students! 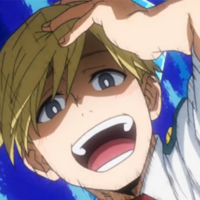 I have to imagine Class 1-B is getting sick of it, even outside of their resident “sick of it” representative Neito. They’ve worked just as hard as Class 1-A, they’ve overcome all the same scholastic obstacles, and yet it’s always 1-A on the news, 1-A in the papers, 1-A surviving yet another dramatic and utterly glamorous supervillain encounter. Sure, Deku’s bones might not make it to retirement, but did anyone even ask 1-B if they’d like to trade their bones for fame? See, 1-A gets all the luck. 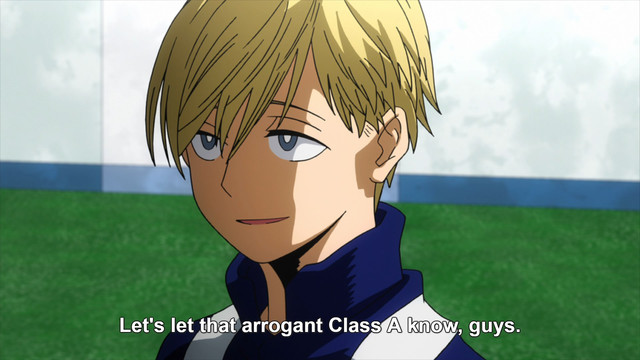 In light of this vast unfairness, I’m very happy to see this summer training arc has finally given some of 1-B’s heroes a moment in the spotlight. And today on Why It Works, I’d like to further celebrate 1-B’s stars, and run down what we know so far about their heroic accomplishments. 1-A might have pulled off the flashy stuff like “survive multiple league attacks” and “defeat Stain single-handedly,” but surely 1-B must have plenty of triumphs to their names, as well. Let’s start with their very loudest member and ring these names to the heavens!

First off, we’ve got the incorrigible Neito Monoma, Class 1-B’s self-chosen representative. Bursting onto the scene at the start of the cavalry battle, Neito quickly distinguished himself by mocking class 1-A and cackling about how smart he is. Having successfully instilled a deep fear (or something) in his opponents, Neito then debuted his quirk, the ever-handy ability to take other people’s quirks. Neito has spent most of his screentime being self-absorbed and a little stupid, but he’s got a great quirk, and I bet there’s a great hero in there somewhere! 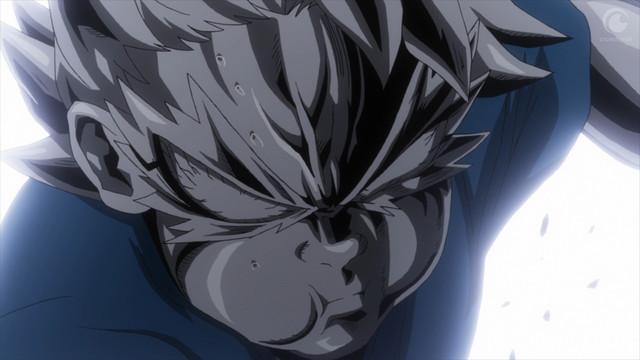 Okay, that was kind of a bust. Let’s move on to two heroes we actually know are pretty heroic: Tetsutetsu Tetsutetsu and Kendo Itsuka! Tetsutetsu has made both his strength and heroic determination clear, first through fighting hard against an evenly matched opponent in the sports festival, and then through repeatedly taking shots for Kendo’s sake during their fight with an actual villain. And for her part, Kendo has easily demonstrated she’s the most clear-headed and mature member of her class, consistently cleaning up Neito’s messes and drawing great tactical mileage out of an incredibly specific quirk. With Kendo as the brains and Tetsutetsu as the brawn, these two make for a heroic team that’s already prepped for prime time.

Next up, we’ve got the powerful Ibara Shirazaki, who already clearly demonstrated her strength during the sports festival. Handily defeating Denki Kaminari and demonstrating a spirit of humility all the while, Ibara seems equipped with both the talent and the temperament to be a great hero. Her vines seem like a power as flexible and powerful as something like Todoroki’s ice/fire or Tokoyami’s Dark Shadow - not just a unique weapon, but a true extension of her body. Like many of her classmates, at this point it seems like Ibara is just waiting for the right time to shine. 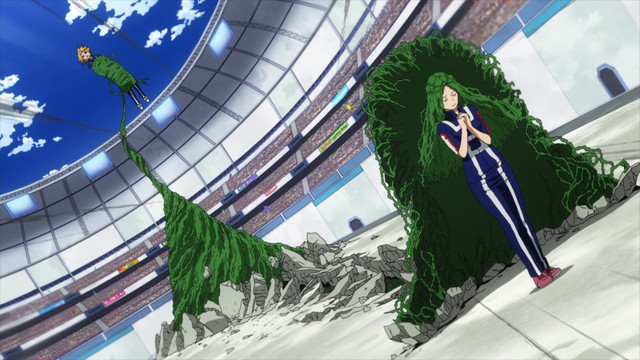 Coming up next, we’ve got… wait, those are all the 1-B students the story has highlighted? Alright, the pickings might get a little slimmer from here out. First out, let’s have a round of applause for Juzo Honeneki and Kojiro Bondo, who each got to do exactly one thing during the sports festival arc. Juzo has some kind of quicksand power, and it looks like Kojiro… shoots glue out of his face-holes? That’s pretty weird, but I guess it could be used heroically. Maybe if like, the villains had broken a very valuable action figure, and we needed glue to… look, I’m not the hero here, Kojiro can figure this out.

Oh hey, there’s also Kosei Tsuburaba! He also got to show off his stuff during the sports festival, making great use of his solid air quirk to… consistently get dunked on by Bakugo. Maybe he learns from the first failure, and then… nope, nope, it just happens again. So I guess he’s got a defensive quirk that just plain can’t stand up to offensive quirks. Maybe he does better in the training camp arc? Surely if he used that solid air more strategically, as opposed to just as a direct shield, he could… wait, that’s him there, he’s being carried by Todoroki, he’s asleep. 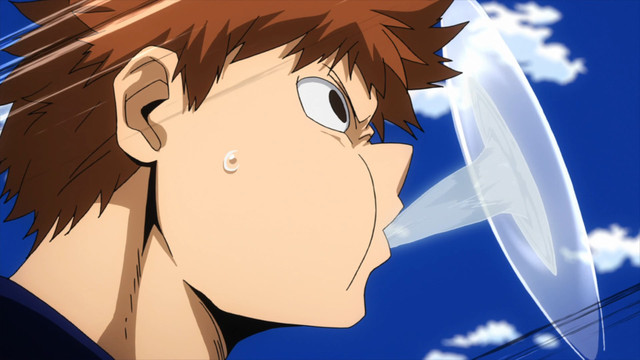 C’mon Class 1-B, you’ve gotta give me something to work with here. Coming up next, we’ve got… Pony Tsunutori, who looks like an actual pony, and Manga Fukishadi, whose head is a manga bubble. Those aren’t powers! Your names are just also things which you are! That doesn’t count!

Alright, I may have to get back to you all on the heroic exploits of Class 1-B. They’ll get there, don’t worry, they just need a little more patience from all of us. Remember that time Kendo and Tetsutetsu beat a villain? Just keep thinking about that, and maybe think a little less about the pony whose name is Pony. Class 1-B, you are a serious work in progress, but I love you all the same.

Tags
why it works, my hero academia
« Previous Post
Japanese Bookstore Gets Medieval With "Armored Battle Group War Training Camp"
Next Post »
A Beginner's Guide to Lupin the 3rd
Other Top News
29 Comments
Sort by: