He's a Superhero: The Legacy of Lupin the 3rd 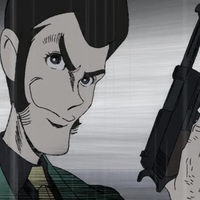 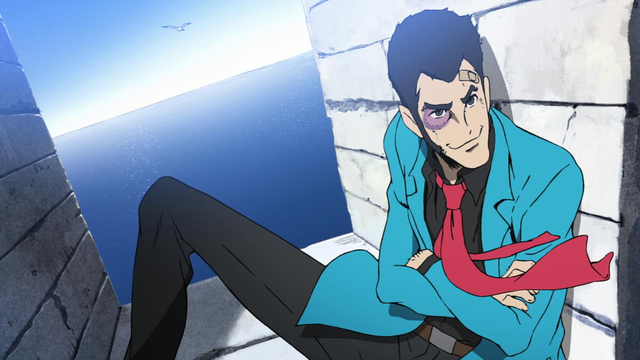 He's inspired filmmakers and creators all over the world, starred in multiple films and TV series, and made a brightly-colored blazer his calling card. Even if you've never seen a single episode of Lupin III, you've almost certainly experienced something either inspired by or paying tribute to him and his gang. And with his sixth TV series (Part 5 – yeah, it's a little confusing) currently running, it's a great time to take a look at the gentleman thief's anime legacy.

Making note of every single time the show has been referenced in anime would be impossible, a bit like trying to catalogue every time someone's mentioned James Bond in a Western TV show or film. But a few notable standouts will always be with us. And the most prominent ones come from two very similarly named anime creators – Shinichi Watanabe and Shinichiro Watanabe.

The mega-hit Cowboy Bebop, directed by Shinichiro Watanabe (not the guy who did Excel Saga), will be immediately recognizable to existing fans of Lupin III as a love-letter to the long-running franchise. For those who aren't fans already, just take note of our three main characters, who are pretty much sci-fi expies of the Lupin Gang. Spike Spiegel is the seemingly dopey but far too deadly for his own good Lupin one-off, Jet Black is the cranky fighter with the rad beard a la Jigen, and Faye Valentine – the busty grifter with the mysterious past and almost certainly fake name – is our resident Fujiko Mine. The series also deals in the same kind of jazzy soundtrack and over-the-top action as its predecessor.

As for Shinichi "Nabeshin" Watanabe – the guy who did do Excel Saga – he wears his fandom much more on his sleeve. Literally. Not only has Nabeshin integrated himself into anime series dressed as the legendary thief, he sports the yellow tie and red jacket in daily life. Con-goers may even have encountered him in the ensemble in person! 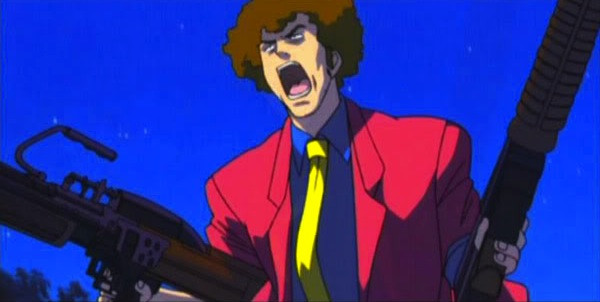 Naturally, a cultural phenomenon like this isn't just going to be inspirational. You're also going to get plenty of in-jokes and sight gags. Naming them all would take forever, but FLCL went straight for the kill with an extended discussion of which of Lupin's jackets is best, plus a direct pull from the classic TV series's opening sequence: 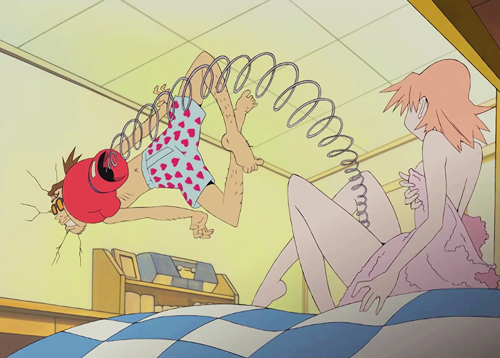 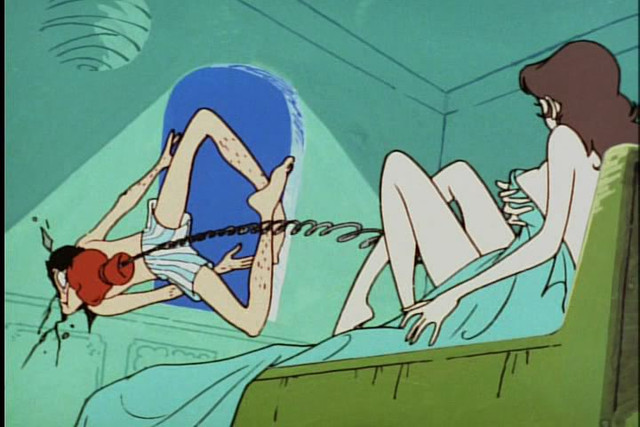 Even Tomo of Azumanga Daioh admits that she'd only ever had long hair as an attempt to be like her anime idol, Fujiko Mine – and when it didn't work out, she'd cut it. We sympathize, Tomo; we all had to come to terms at one point or another with the fact that we'd never be as cool as Lupin and Fujiko. 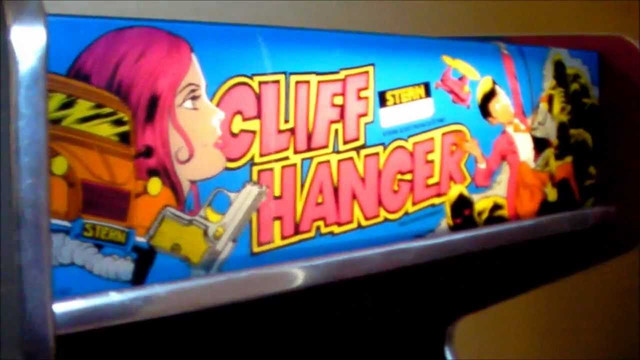 Even before American anime fandom as we know it had truly begun to develop on a large scale, Lupin was already getting his hooks in us. In 1983 – two years before Macross came to our shores (in some form) as Robotech – gamers could test their skills with Cliff Hanger, a LaserDisc game in the style of Dragon's Lair. You played as the heroic Cliff, who teams up with his friends Jeff and Samurai to rescue the captured Clarissa from her tower prison before she's forced to marry the evil Count Draco.

Sound a little familiar? It should. 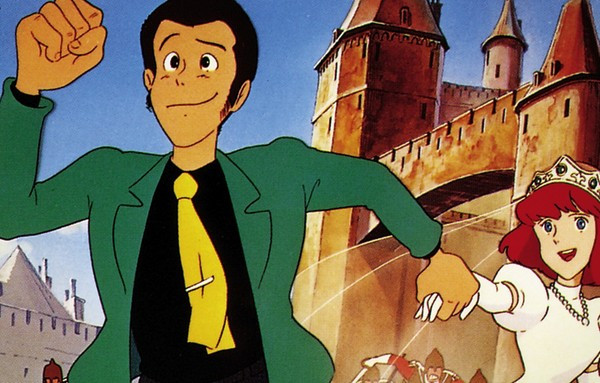 As you may have guessed if you're particularly good at reading between the lines, Cliff Hanger was sourced largely from Hayao Miyazaki's Lupin III film, The Castle of Cagliostro. Widely considered to be a classic of the anime art form, it was also one of the first Lupin-based things to become available in the US. The gravity-defying game was padded out with footage from the franchise's previous film, The Mystery of Mamo.

The Castle of Cagliostro was Miyazaki's feature film debut, released five years before the founding of Studio Ghibli, and it's gone on to inspire filmmakers all over the world. Homages to some of its great action scenes can be found everywhere from The Great Mouse Detective to Batman: The Animated Series, as well as some of Ghibli's later films. Some especially daring Japanese game shows have even challenged their contestants to carry out some of Lupin's crazier stunts! 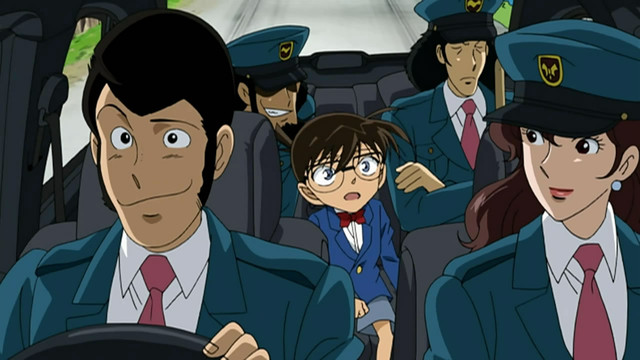 Lupin continues to conquer the world of anime even now, with everything from collab cafés and events to crossovers with fellow long-running series Case Closed. Fans can look forward to at least one new Lupin III movie or special each year, and recent years have brought us a brand new era of the thief's capers. Watch Japanese entertainment long enough, and you're bound to see at least one nod to the fan-favorite.

Has the Lupin Gang made its way into your favorite series? Tell us in the comments!