The Top 10 Lupin the 3rd Episodes

Lupin the 3rd's many adventures are all on Crunchyroll! Here’s the 10 best episodes to watch! 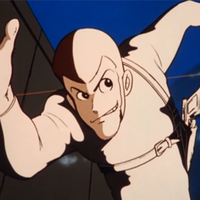 Lupin the 3rd is one of the most infamous thieves around, and his anime history is about as long as his rap sheet. Whether you’re a new Lupin fan or an old hand, have you seen everything the master thief has to offer? Green Jacket, Red Jacket, Pink Jacket and Blue Jacket Lupin are now available to watch here on Crunchyroll, so what better way to work your way through the catalog than with a list of the ten best episodes?

These episodes were chosen for their quality, storytelling, memorability, and other special surprises. So regardless of your taste in Lupin’s outerwear color, there’s bound to be something here you’ll enjoy, and maybe more you haven’t seen yet! 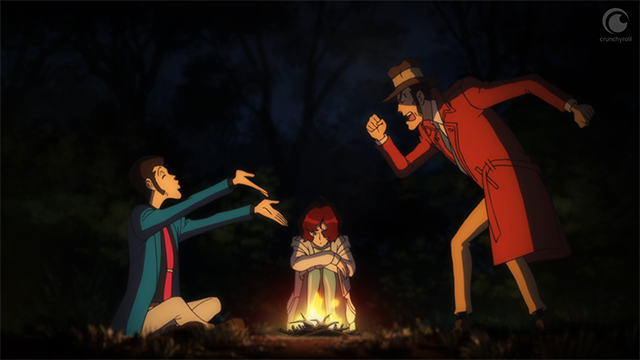 While Lupin and Fujiko’s relationship may be fascinating in the ‘will they, won’t they’ kind of way, the most interesting dynamic in the series is more likely that between Inspector Zenigata and Lupin. While Zenigata’s had quite a few episodes that center around him, the times in which he and Lupin are stuck together and forced to co-operate are pretty uncommon. This episode is a great examination of their odd dynamic; it certainly seems that Lupin and Zenigata share some sort of mutual respect and potentially even friendship for one another, but their respective positions in their game of cops and robbers always forces them to keep an antagonistic distance between them. Taking place in Part 5’s first story arc, this episode works well on its own to give us some fun character insight into these two. 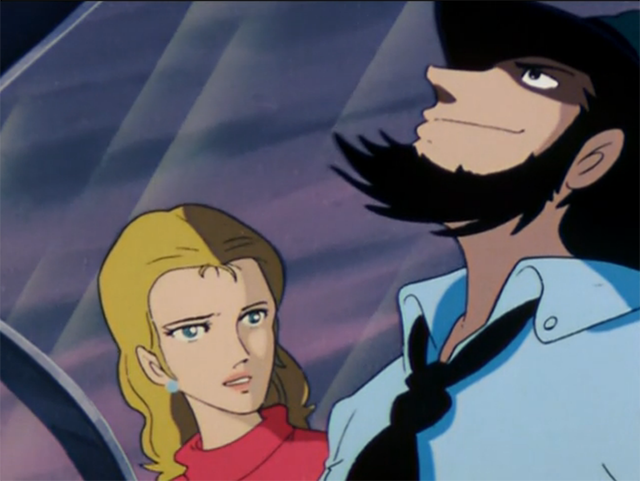 Jigen is a lot of things: the best shot in the world, Lupin’s #1 friend and companion, and a cold blooded killer when he needs to be, but one area where he's woefully out of his depth is with the ladies. Many of Jigen’s solo stories focus on failed romances, and this one is no different, but it is one of the best. Taking place during the Cold War, Jigen’s doomed dalliance with Monica lets us see a side of the gunman that isn’t normally shown when he’s playing supporting cast to Lupin. This particular episode really helps flesh out Jigen as a character, and the storyline and conclusion are overall solid… even if it doesn’t pan out for poor Jigen. 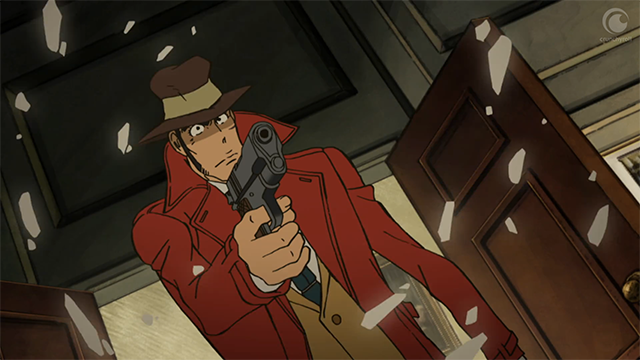 This Zenigata focused episode in LUPIN THE 3rd PART 4 is somewhat unique, as it functions as both a hard boiled cop romance story, and a look into the way Zenigata sees things. Often portrayed as comic relief or a nearly deranged, obsessive inspector that would give Les Miserables antagonist Javert pause, seeing Zenigata in a humanizing light makes him all the more loveable. While most episodes feature him as an antagonist, this flipped script takes a chance to show us how the Lupin gang can appear to Zenigata, as the climax of the episode portrays Lupin, Jigen, and Fujiko as quite a bit more fearsome than they usually appear, and gives us a nice reminder that they are, after all, criminals. Zenigata’s Cool Guy quip and exit in the episode are a nice, classic cop drama touch to the overall package. 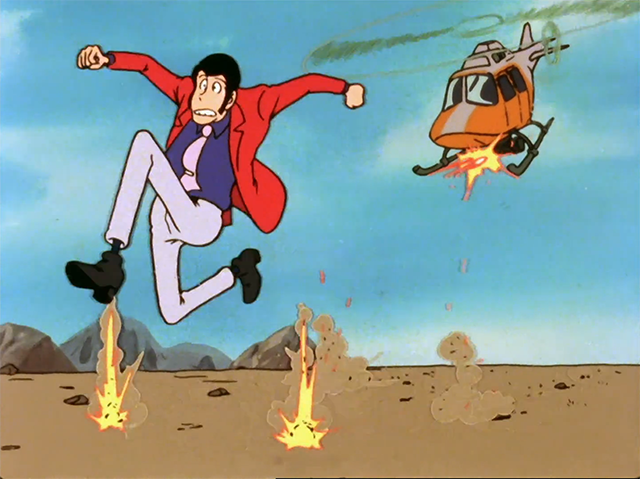 Lupin is portrayed in many ways throughout his storied history, with most of the focus being placed on his incredible criminal ability to steal anything and get away with it. However, there are quite a few episodes that give us a look at Lupin the con man, an equally intriguing version of the main character. This episode finds Lupin targeted by a fearsome hitman with a unique trick that seems to put Lupin on the back step, but maybe Lupin is the one with all the cards up his sleeves! Lupin in trouble is always an interesting dynamic, but seeing how he overcomes that trouble is even more fun… especially if he might have been playing everyone for a fool the whole time! 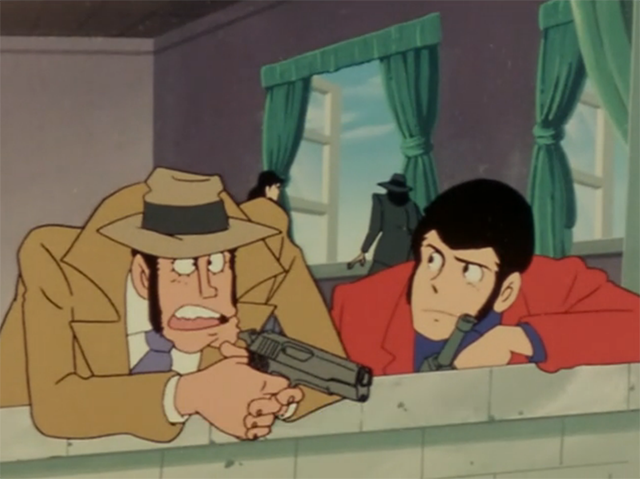 Now, before you complain that this list has too many Zenigata-focused episodes on it, remember that he is one of the most important characters… and also, his episodes just tend to be really good! This particular episode is a tragedy that sees the inspector teaming up with Lupin and the gang… and illustrates their aforementioned mutual respect, with Lupin going as far as to apologize to Zenigata and helping him get his revenge during the ending! Although it isn’t uncommon for Lupin stories to have Lupin and Co. team up with Zenigata against someone even worse, this episode really has a fantastic, if heartbreaking, finale, wrapped up in some solid set pieces and Lupin trickery. 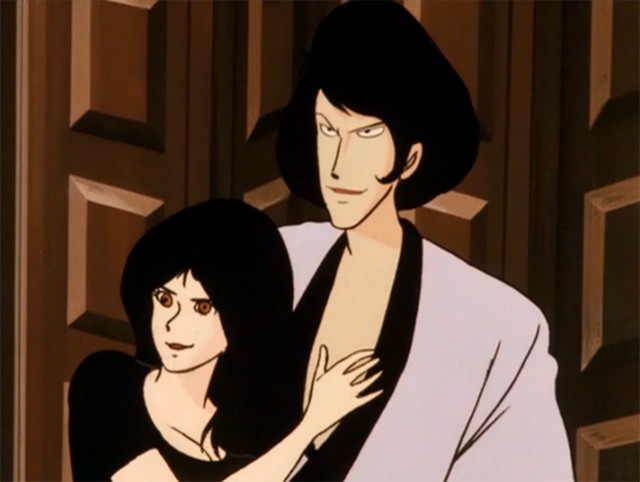 Goemon is perhaps the least focused on character in Lupin’s cast of recurring rogues, but that’s mostly because he’s the straight man to the rest of the cast’s fall guys (and gal). Goemon is a no-nonsense samurai whose blade can cut anything, and this episode marks his first appearance with style, letting us know exactly who and what Goemon is all about. It features a somewhat hilarious face off between Lupin and another criminal, and ends with a duel of car versus katana… which finishes with Lupin and Goemon immediately becoming best of friends!  This introductory episode helps set up a lot of Goemon’s dynamics with the rest of the cast, especially Fujiko, and the oil and water combination of the two would remain an always entertaining odd couple situation for the rest of the series. 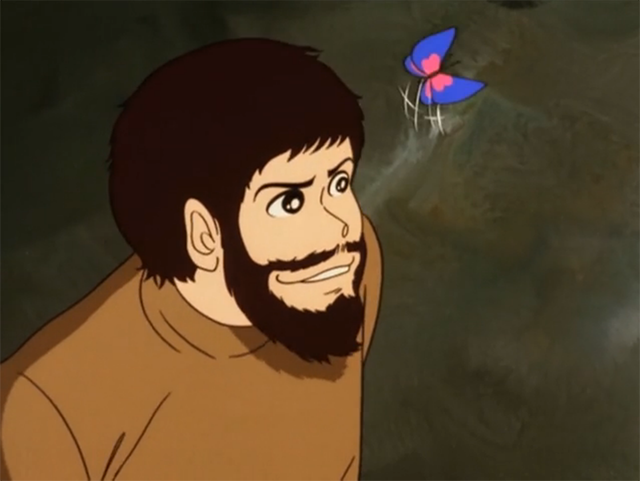 There are few episodes that serve as perfect introductions to the series they represent; sometimes the first episode isn’t always the greatest place to start. But for those interested in checking out Lupin’s adventures, especially in the Green Jacket era, there’s probably no better episode to start with than this one. The major players are introduced and easily show their particular characteristics to the viewer, making it easy to start identifying who they are and how they operate, and this is especially true for Lupin and Zenigata. The episode itself focuses on Lupin being caught by Zenigata, and Lupin’s time in captivity shocks the inspector as Lupin seems to have totally given up, consigned to death row… or has he? A stellar example of pacing and character writing, this episode might have been a bit higher on the list, if not for... 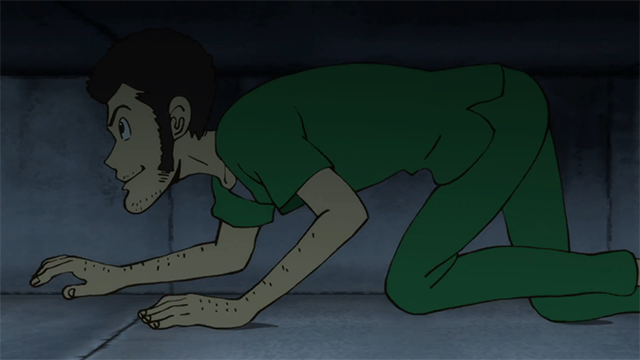 Sometimes, it’s hard to rank an original against a newer version. On the one hand, the original came first, and on the other, the newer one can take advantage of decades of experience, technique, and technology. That certainly is the case with “The End of Lupin III,” because it’s success is partly because of how it calls back to the spectacular “One Chance to Breakout.” Like the predecessor, Lupin is captured by Zenigata, and seems to have given up on both trying to escape and on life in general! "The End of Lupin III" takes what made that episode great, and distills it into a meditation on the dynamic between Lupin and Zenigata, who begins to fret for what his life will be like without Lupin in it! The rest of the cast are shown reacting to and worrying about Lupin, unsure of what to do or if they really can do anything, while Zenigata tries everything in his power to force Lupin to keep on living, solely because he seems unprepared for his rival to go out that easily! The ending is not to be missed, and helps elevate this to one of the most memorable Lupin episodes of all time; Lupin is at his best when the audience plays along with the “how will he get out of this one” antics, and this episode really does surprise! 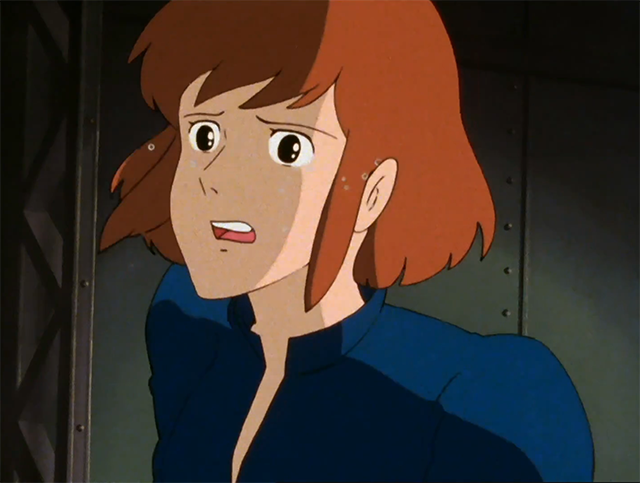 These last two episodes have something in common: Hayao Miyazaki. While many know him today as the celebrated founder of Studio Ghibli and director of classics like Porco Rosso, My Neighbor Totoro, and Lupin the 3rd’s own Castle of Cagliostro, you might be surpised to learn that the legendary director cut his teeth directing episodes of everyone’s favorite thief! Miyazaki’s version of Lupin was seen mostly during the Green Jacket period, but this final episode of Red Jacket Lupin was Miyazaki’s simultaneous return and send off from the series before he went on to found Ghibli. The episode itself is amazing regardless of the history, though! "Farewell, My Beloved Lupin" almost seems like a miniature movie, packed with a robot, a great female lead, and all the usual Lupin antics we've come to love, combined with remarkably fluid and smooth animation and things that would later be Ghibli trademarks. As a stand alone episode, it is certainly one of the best, but not quite as good as number 1... 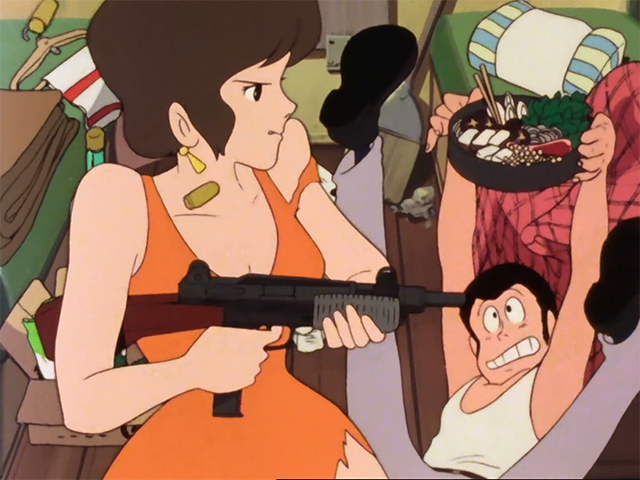 This is technically Miyazaki’s second to last episode, but it’s also his best! This episode features many of the things that would become Miyazaki hallmarks, and the stellar, detailed animation really helps make the action setpieces stand out. The best part? Fujiko is the lead! Fujiko is perhaps one of the most popular Lupin characters, but rarely gets the spotlight to herself (go watch The Woman Called Fujiko Mine while you are on your Lupin binging for a novel take on the femme fatale), but this episode makes up for that in spades, featuring a version of Fujiko that even modern renditions have a hard time living up to. Much like “Farewell, My Beloved Lupin,” this episode’s pacing and plot make it feel like more of a movie rather than a twenty minute episode, and it remains infinitely rewatchable to this day. If you want to see the leading lady of Lupin the 3rd at her absolute best, combined with a fun, rollicking episode that really highlights everything that makes Lupin so special as a series, then look no further!

Which Lupin the 3rd episodes make your Top 10 list? Let us know in the comments!