Why Are Anime Characters Always Sweating?

What’s up with that weird sweat drop in anime and manga? 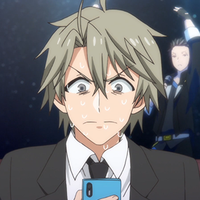 Anime is a visual medium, but have you ever stopped to really think about what that means? One way to think about it is that anime has the ability to use the things we see to give us information we might not get otherwise. For example, since we don't always get to know what’s going on inside the heads of the characters we watch on screen, anime can use visual cues to help us understand the emotions they might be feeling. Some of these are obvious, like blushing, but others – like a red hash mark or the almost ubiquitous sweat drop – aren’t always so clear.

Today, we’ll be taking a look at the aforementioned sweat drop and figuring out what it could possibly mean for anime characters to be sweating all the time! 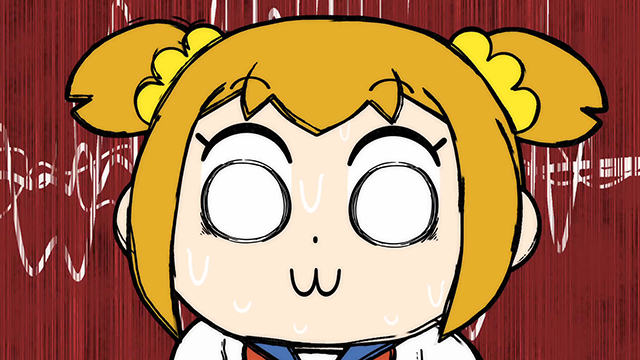 Emotions can be a tricky thing to show a viewer. Certain emotions are easier than others, like a broad smile, a scowling frown, or bawling tears. But anime tell complex stories, and those stories come with complex emotions! So, how do you show that a character is feeling uneasy, stressed, distressed, or even feeling second-hand embarrassment? You might be surprised to learn that the humble sweat drop can handle all of these things! Even if you’re pretty familiar with anime already, the various ways that the sweat drop can be used, and the variations it comes in, make distinguishing the meaning in a give situation a bit more difficult than it might seem at first!

So, what do these sweat drops actually mean? Overall, they tend to be used to represent a sense of mental discomfort, as if the mental toll of the situation is like physical exertion causing someone to sweat. There are quite a few variations, however, so let’s take a look at the general emotional states the sweat drop can to represent! 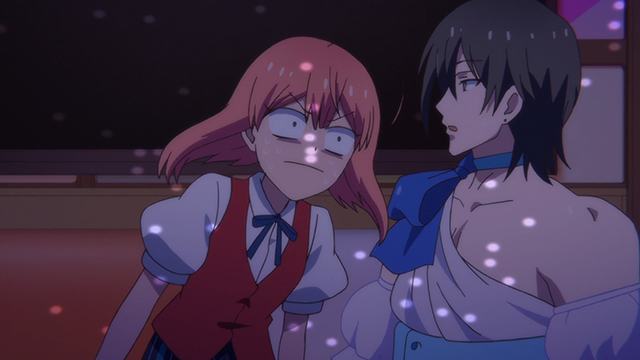 A collection of small, potentially fast-moving sweat drops that go down a characters face (or head, if viewed from the back) and an angry or stern face is likely a depiction of frustration. As modeled by Saki here, these types of sweat drops generally appear when a character’s frustrations are boiling over and don’t have a convenient outlet! These shouldn’t be confused with small sweat drops radiating from the character’s head, however, as those are a sign of a different emotion – usually anxiety or fretting! 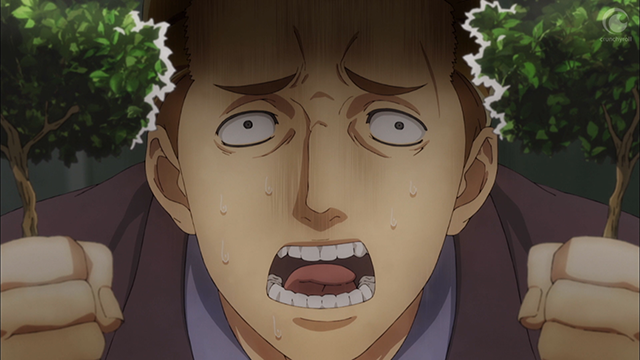 This set of small set drops are really straight forward; if you’ve ever heard the phrase “sweating bullets,” then this is the emotional state the character is likely feeling. Whether they’re nervous about being discovered, dreading a certain outcome, or generally apprehensive and distressed, you’ll likely see a collections of fast and small sweat drops for these situations. Be sure to look for a collection of small, teardrop-shaped sweat icons, characters shaking, and vocal tics like stammering or being nervous to identify this particular variation. 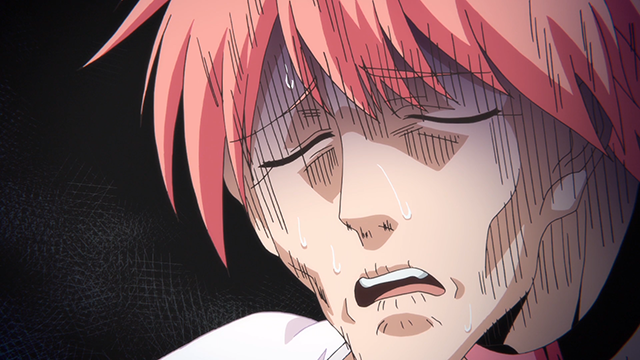 This one is a bit different because it generally isn’t the focus of the emotional imagery on display. Mental exhaustion in anime tends to be accompanied by an overall sense of a character feeling and looking defeated, usually with two distinct visual markers: a set of vertical, thin lines and a darkened complexion, with sweat drops being an accessory to the overall look. This often occurs when a character is feeling defeated, mentally tired, or simply giving up because of the circumstances that surround them. In a lot of ways, it's a more extreme version of the general sweat drop use! 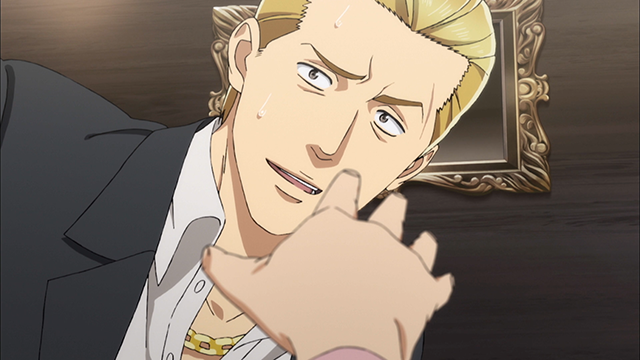 Confusion is a fair description for what the sweat drop represents in general, as if the character’s internal monologue of “what” is manifesting as a physical bead of sweat, but this is occurrence usually shows up in a particular circumstance. If a character’s face seems to be quizzical and they’re sweating, it's very likely that they’re trying to determine exactly what’s happening around (or to) them… before things get majorly out of hand! Usually a sweat drop represents confusion at what someone else is doing, as we’ll mention in a moment, but it can also represent confusion at what’s happening to the person sweating, as they race to try and determine how things went so wrong so fast! 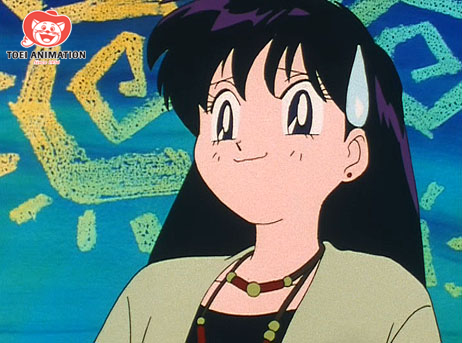 This is probably the image you had in mind when you first read “anime sweat drop,” and it's one of the most common anime visual tropes, having made its way into non-Japanese animation like Teen Titans! This example also the most varied in terms of emotional range, as the singular nature (and the fact that the sweat drop sometimes obscures the character’s face) can make it difficult to pin down the exact emotion. That being said, the large, singular sweat drop usually tends to denote a character feeling a mixture of confusion and exasperation at what’s going on around them. 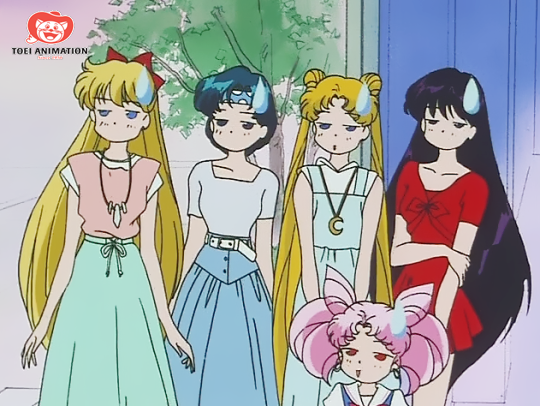 However, it's important to consider that the big sweat drop doesn’t always represent that someone is confused by the actions of another person. It isn’t uncommon to see multiple characters with the sweat drop at the same time expressing a sense of group exhaustion at the events unfolding in front of their eyes. Generally, the large singular sweat drop is a reflection of what a character feels in response to someone else’s actions, letting us know that the character is thinking something along the lines of “what the heck is happening” or "oh geez, here we go." 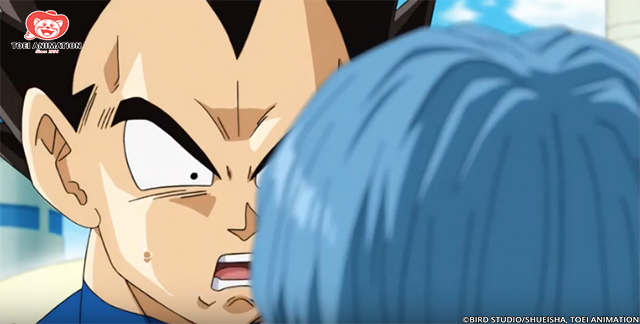 And there you have it! Hopefully this guide gave you a pretty good start to understanding how something as small as a sweat drop can represent more complicated emotions. And, of course, keep in mind the best overall tip: If you see that sweat drop, that means the character is feeling pretty uneasy about things going on around them! 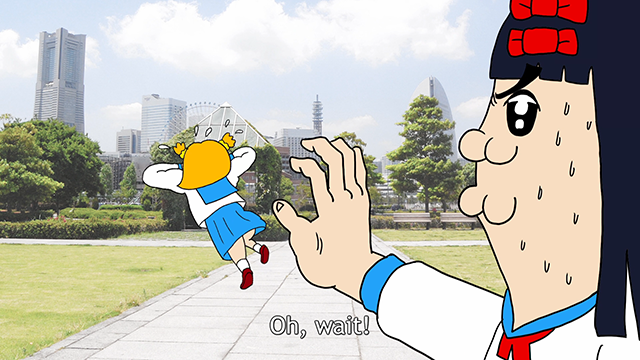 Have any other common anime sights you’re curious to know more about? Let us know in the comments!