How an 80s Scifi Movie Changed the Destiny of Anime

The most famous creators in anime cite this cult 80s scifi movie as an inspiration! 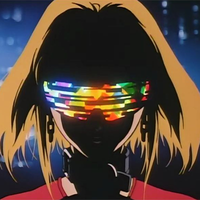 Rainy, cloud covered grey skies, towering skyscrapers, neon lights, muted colors and a dim prognostication of our future: if this type of imagery brings to mind certain anime titles, you may be surprised to learn that many of them share a unlikely common origin. While not the only film to ever influence anime, and certainly not the only sci-fi film to do so, Ridley Scott’s Blade Runner shares an inordinate amount of importance in developing many of the anime classics we know today, and influencing many of anime’s biggest directors. 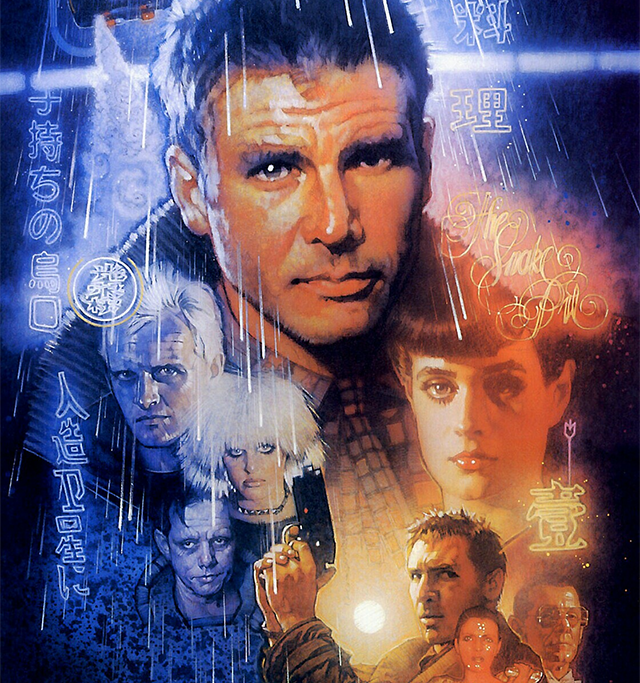 For those unfamiliar, 1982’s Blade Runner tells the story of Rick Deckard, a ‘Blade Runner,’ whose job is to ‘retire’ Replicants, bio-engineered beings that resemble humans, but lack humanity. Blade Runner itself was based on the novel Do Androids Dream of Electric Sheep by Philip K. Dick, and both works deal heavily with the idea of what it means to be human, and if “humanity” is something that only humans can possess… or if they even have it to begin with! The movie was a bit of a flop when it was originally released, having cost the studio behind it money upon release, but it’s aesthetics and themes made it a cult classic, influencing countless pieces of media since its release. 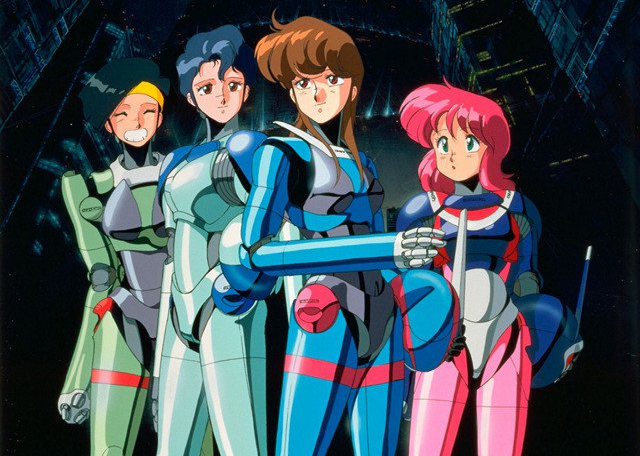 Probably one of the classic cyberpunk anime of the 90s, Bubblegum Crisis tells the story of a group of women known as the Knight Sabers who defend Mega-Tokyo from “Boomers,” bio-engineered synthetic lifeforms that resemble humans but can be used for nefarious and destructive purposes! If this sounds very similar to Blade Runner, you’d be right--Bubblegum Crisis even has a similarly enigmatic and evil organization, Genom, to rival the film’s Tyrell Corporation (and their headquarters are even pretty similarly ziggurat shaped!). Aside from the direct thematic similarities, Bubblegum Crisis featured similar aesthetic designs, with characters tooling around a dystopian, muted city, filled with neon lights and lots of dark, rainy scenes. Perhaps the most telling reference is that of protagonist Priss and her band, The Replicants, drawing a direct homage back to the film and characters that obviously inspired so much of the anime. 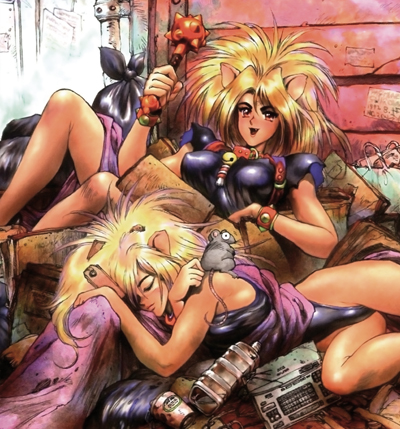 Bubblegum Crisis might be one of the most well known, but many other anime share a lot in common with the elements of Blade Runner, usually coming from the influence of their director and creator! One of the best examples of this is Masamune Shirow; while many would immediately cite Ghost in the Shell, Shirow’s catalog contains numerous series influenced by the cult classic, such as Black Magic M-66, Appleseed, and Dominion Tank Police. Ironically, the comedic Dominion Tank Police might be the most direct homage, with its smoggy, pollution choked city, towering skyscrapers, dystopian government and corporate influences, and rogue androids running amok. Something of a cult classic itself, Dominion Tank Police’s wacky take on a dystopian future owes a lot to Blade Runner, and the iconic Puma Sisters, AnnaPuma and UniPuma, share some not too subtle resemblance to Pris Stratton’s wild blonde hair, gymnastic ability and toughness! If you’re interested in checking out some other 80s and 90s series that share parentage with Blade Runner, consider checking out Armitage III, Ergo Proxy, Psycho Pass, Cyber City Oedo, and even musical classic Robot Carnival! 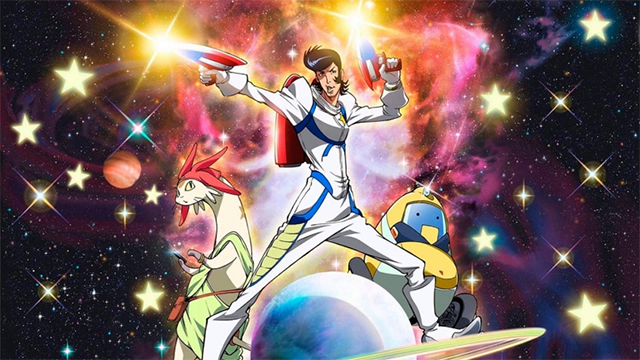 “When it was released in the '80s in Japan, Blade Runner was actually a series that influenced the Japanese media very much so... I assume that everyone in the anime industry has seen Blade Runner at some point. Pretty much all of the special effects style sci-fi movies or series out there starting looking a lot like Blade Runner.”

Other notable directors such as Akira creator and director of Osamu Tezuka’s Metropolis Katsuhiro Otomo, Ghost in the Shell and Patlabor director Mamoru Oshii, Jin-Roh director Hiroyuki Okiura, and many more have mentioned their love and inspiration taken from Scott’s film, with many of the above mentioned works drawing heavily from the film’s themes of humanity, dystopian futures, the existence and rights of android and robotic life, and oppressive police forces. 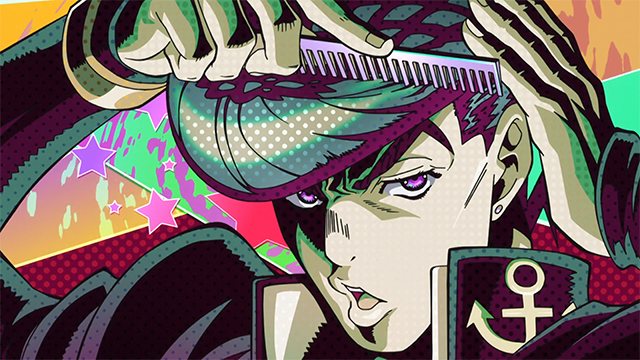 Blade Runner’s impact on anime isn’t just in cyberpunk and dystopian fiction, though! There are many ways in which the film’s characters, aesthetics, and ideas have popped up in other fiction, down to character’s clothing and hairstyles! Perhaps one of the most cleverly hidden references is JoJo’s Bizarre Adventure: Diamond is Unbreakable protagonist Josuke’s hairstyle! The iconic look that Josuke goes so far to protect from insult bears a striking resemblance to that of Rachael! But the influence of Blade Runner on JoJo’s doesn’t stop there! In an interview in Kotoba magazine, Araki mentioned that Rutger Hauer’s portrayal of Roy Batty helped him develop Dio’s look over time.

Blade Runner isn’t the only cyberpunk film to exert influence on anime, but it is one of the most directly noticeable! Between it and Robocop, it would be hard to find sci-fi oriented anime from the 80s and 90s and not find a reference or homage somewhere; it wouldn’t be wrong to classify some of the late 80s and much of early 90s anime series as Blade Runner-esque, with many calling back to the film for aesthetic and thematic inspiration. Surprisingly, Blade Runner might be responsible for helping to foster the popularity anime currently enjoys, as many of the titles inspired by it would become readily available on VHS and laserdisc outside of Japan, and even in places like Blockbuster (rest in peace). Even beyond the 80s and 90s series it influenced, Blade Runner’s ideas, aesthetics, and visuals will likely continue to help develop countless new anime projects. While today Blade Runner is considered a must for film buffs, it's worth checking out this classic cyberpunk film to further enjoy your favorite anime series! You just never really know where Blade Runner’s influence might show up! 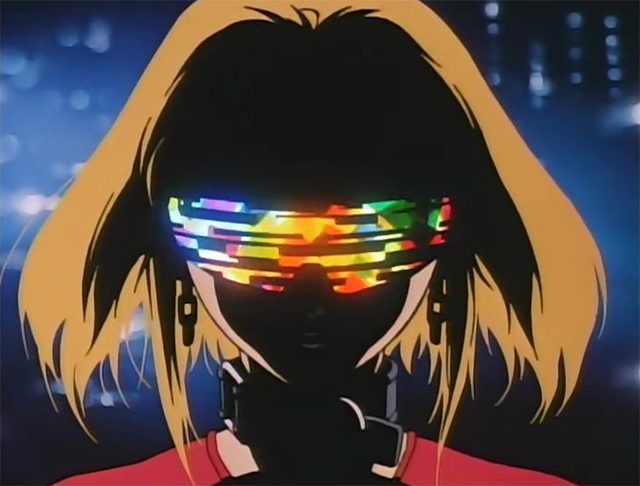 Know any interesting Blade Runner inspired works or directors? Or want to know about any other film influences on anime? Let us know in the comments!