The 14 Most Fabulous Foreheads in Anime 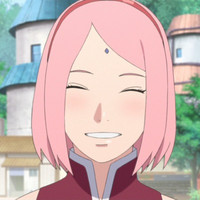 In a medium known for fantastical hair defying both gravity and humanity’s ability to produce pigments, one often overlooked facial feature is the humble brow, oft invisible behind multicolored curtains. This is a crime. The smooth expanse of skin is the workhorse of the head, acting as a necessary buffer between face and hair, criticized if it’s too small or large but rarely complimented on its own merits.

A forehead can be a point of charm or even lend a quiet dignity to those who carry it, so when an anime is brave enough to feature a character who leave it exposed, that is truly noteworthy. For this reason, I’ve compiled a list of the 14 most flattering foreheads in anime to finally give them some much-deserved love. 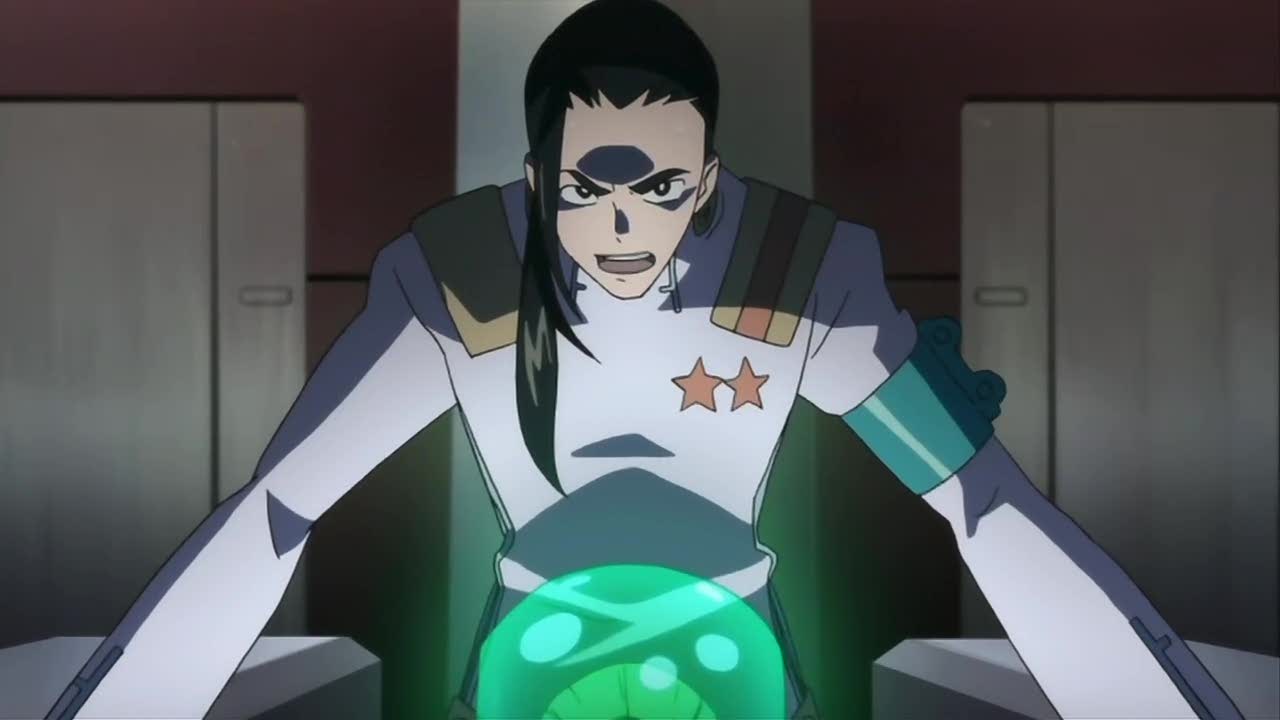 It’s rare in an anime for us to be able to see such a wonderful forehead throughout its entire lifecycle, from the youthful roundness of a young boy when he’s first introduced to the dignified brow of an older gentleman in the epilogue. His forehead seems to have calmed with age, his uneven hairline giving the appearance of a plane barely contained within the perimeter of his follicles, fighting to break free and run wild over the entirety of his head. 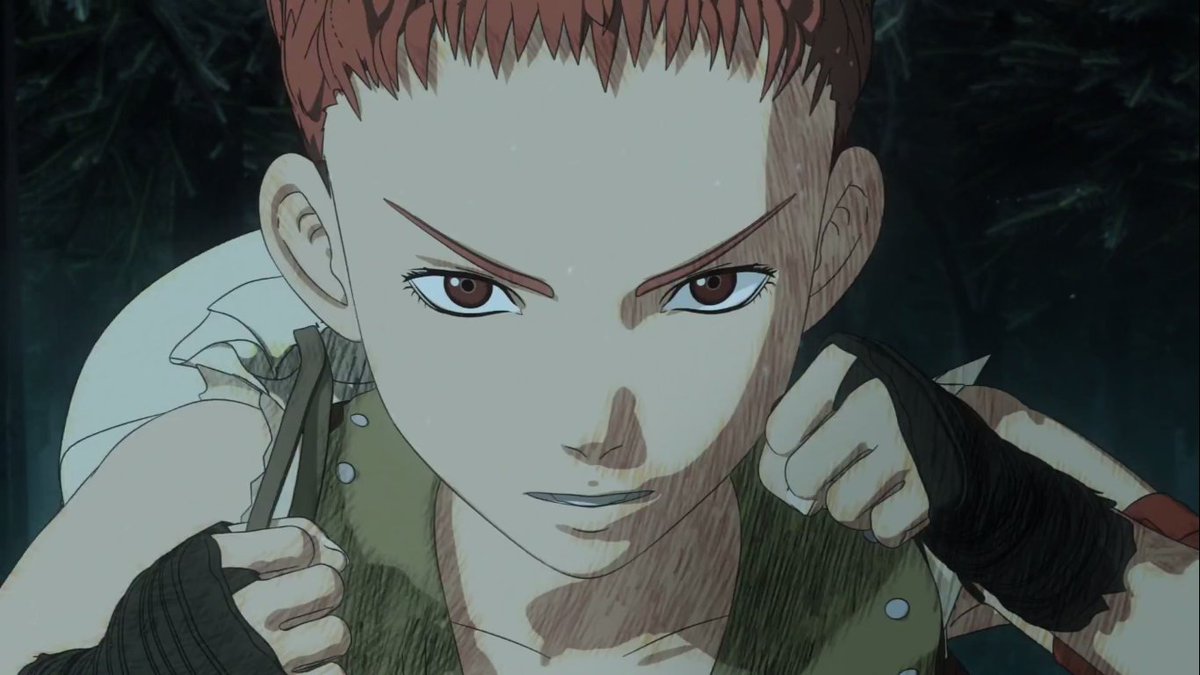 Talent only gets you so far. It takes years of struggle to attain your dreams and cultivate your natural abilities. Isidro takes this to heart with his unusual foreland. Perhaps the least naturally gifted on the list, Isidro has made it work with his hairstyle, short and trimmed back around the temples so his hairline stops at the top of his ears, adds some significant width to his forehead which, when matched with his particularly spherical skull, makes for something that’s almost too big and broad to be called a forehead.

12. Tsuruya - The Melancholy of Suzumiya Haruhi 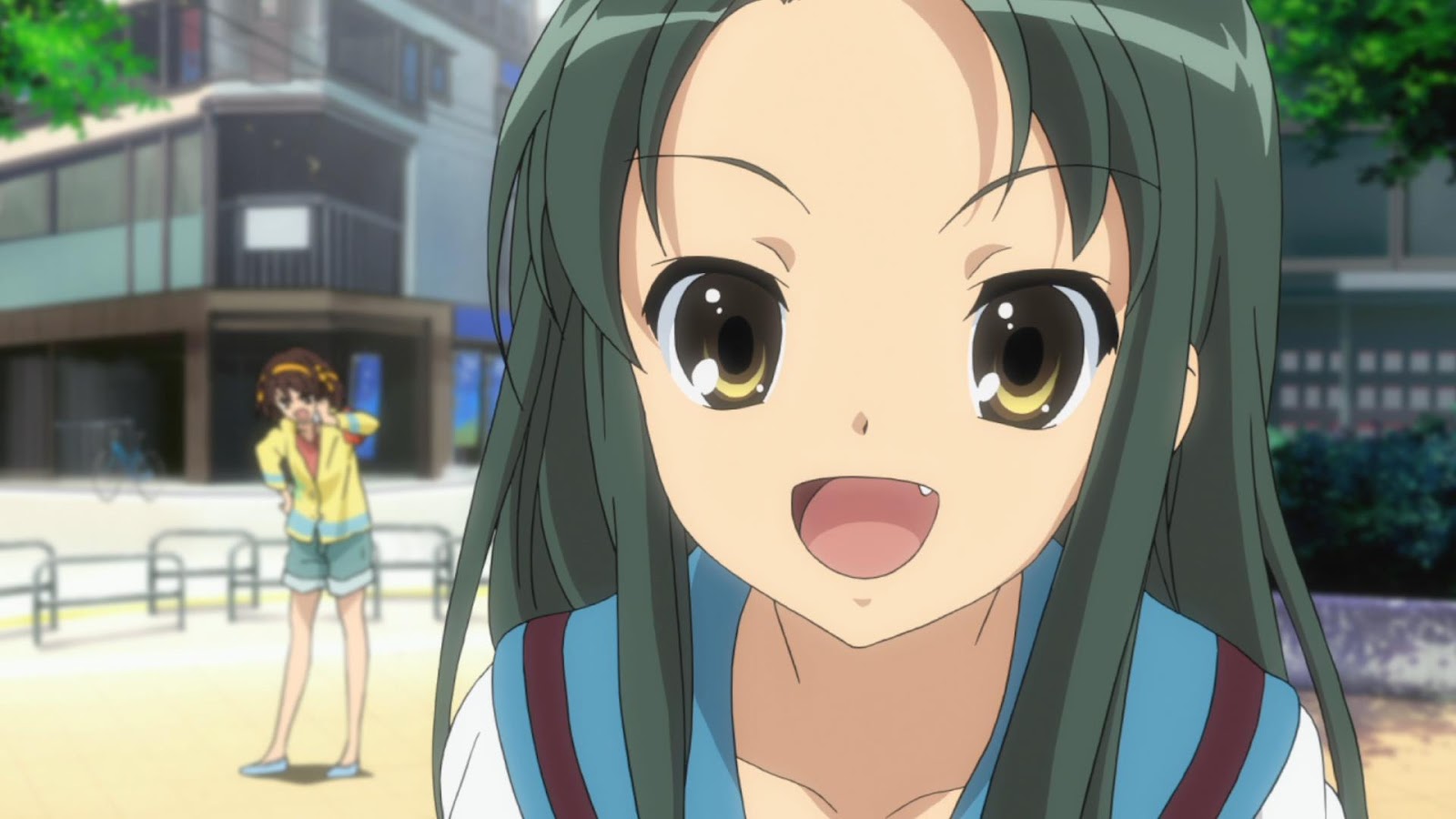 Perhaps the most underappreciated forehead on this list. Tsuruya has a lot of personality and a ton of hair which, unfortunately, distract from her greatest features. While you may be drawn in by her fang and her charming way of talking, don’t forget that her knee-length hair seems incapable of putting any coverage over her impressive zenith, with even her shorter bangs seemingly suspended in the air without falling against her brow. Almost as if she had some sort of supernatural power… 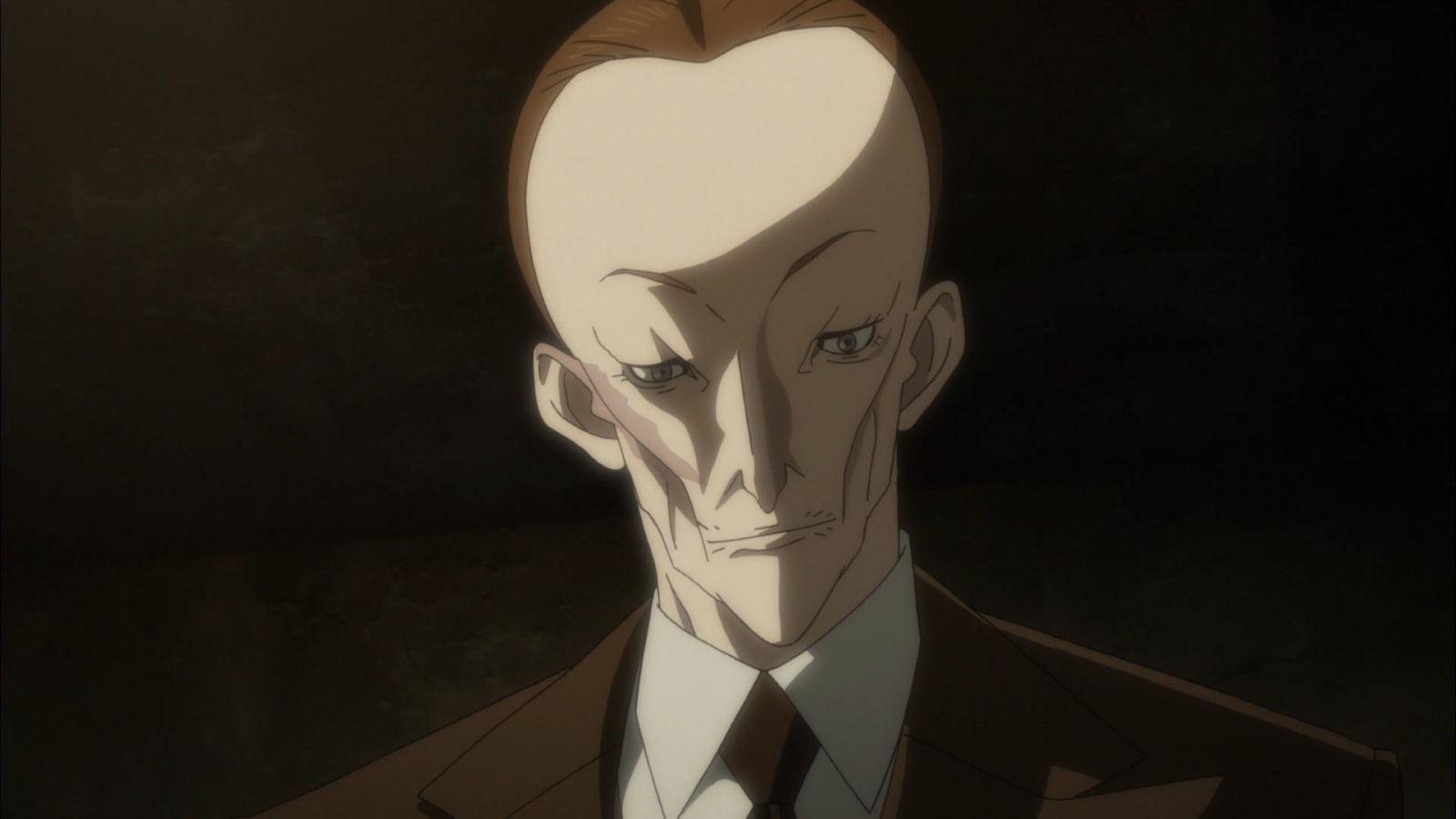 Just LOOK at it. Marks absolutely owns the forehead game when it comes to raw size. This guy could let his bangs hang and still dominate 90% of the competition, but he’s proud of his mass and keeps a smart cut to put it on display. It’s not every day you see a forehead that look like it starts at the corners of someone’s mouth. While it may not be the most aesthetically pleasing shape given the size of his face, Howard’s got the head shape of a man who always has a bright idea. 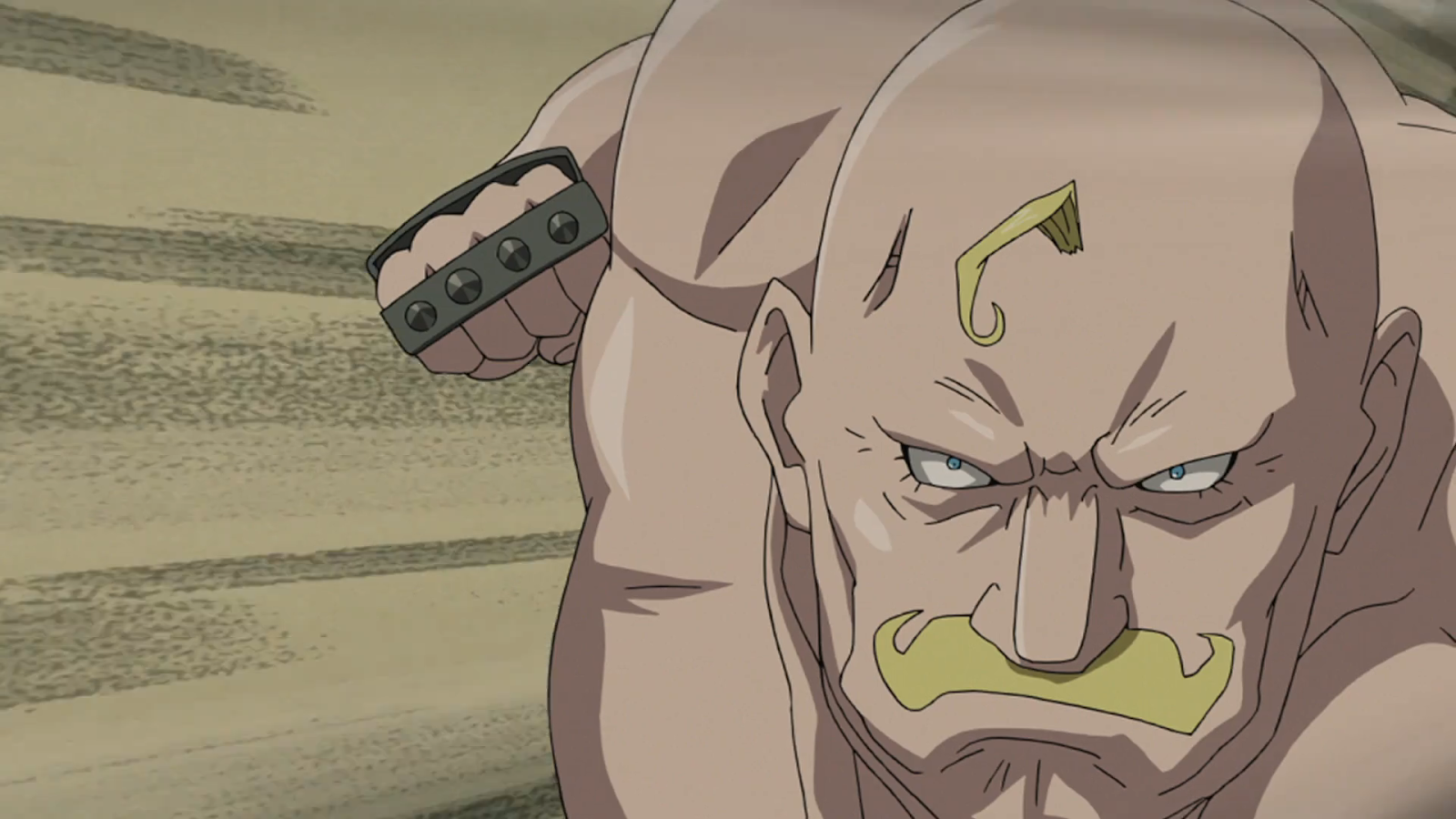 Don’t try to convince me that male pattern baldness is at work here, because the only explanation for that head is a bold decision made by one of the most daring and stylish State Alchemists. Knowing he had a true treasure resting upon his head, Armstrong did away with his hairline to show the true majesty of his skull in its entirely, leaving only a single lock to highlight his particularly impressive dome. Armstrong’s obsession with bodybuilding would never allow him to overlook the container for his most impressive muscle... his brain. 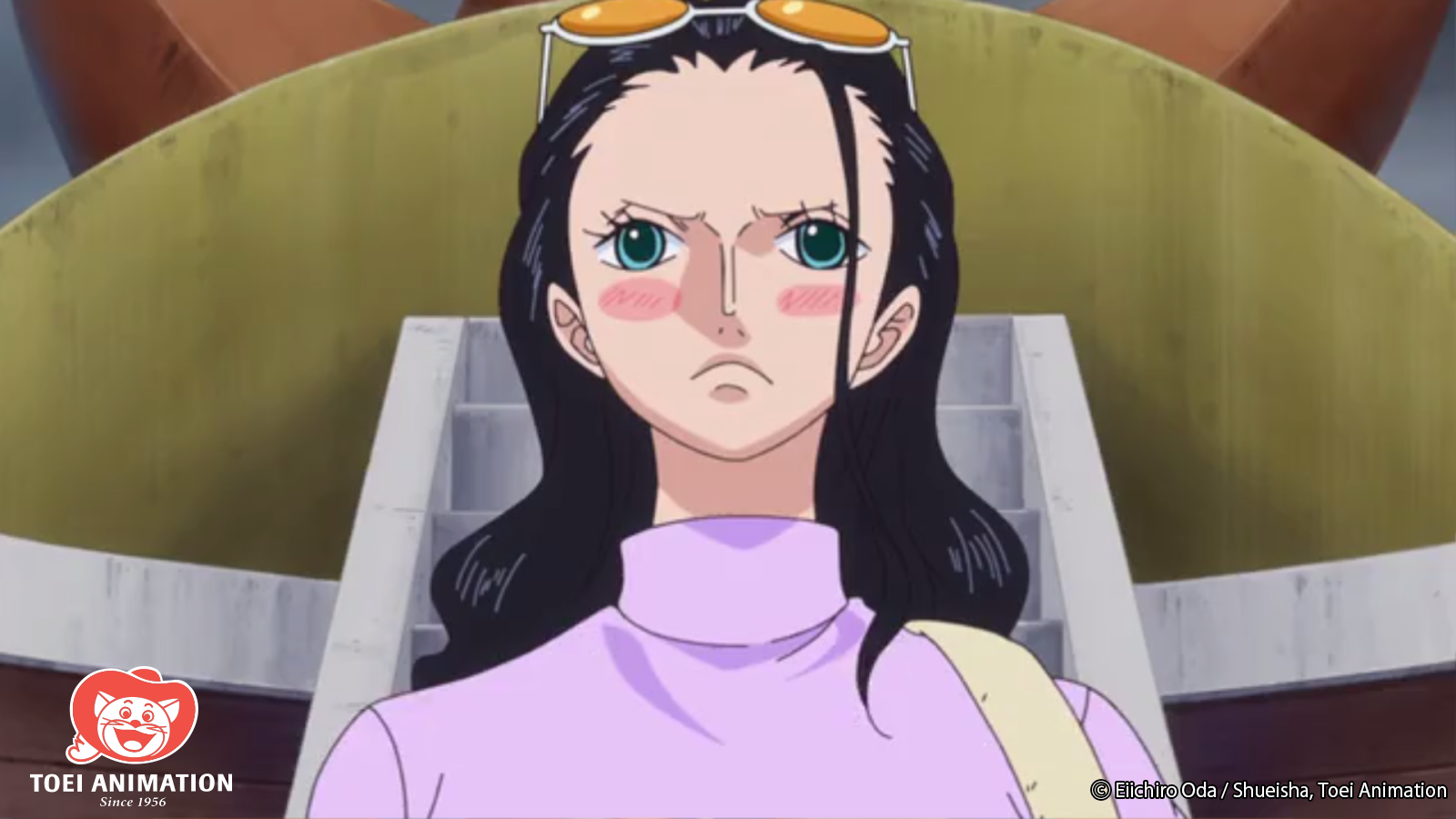 Robin is a lady who likes to keep secrets, never letting on that, among her many charms, was a singularly magnificent forehead until two whole years after her introduction. Originally hidden behind an impressive set of bangs, Robin eventually settled into a new look, pinning them back with a smart set of shades. Almost like an important haircut, her new open embrace of life as a member of the Strawhats is mirrored in the space above her eyebrows. To think she might have been locked away and one of the greatest foreheads of our modern era hidden in the dark forever. 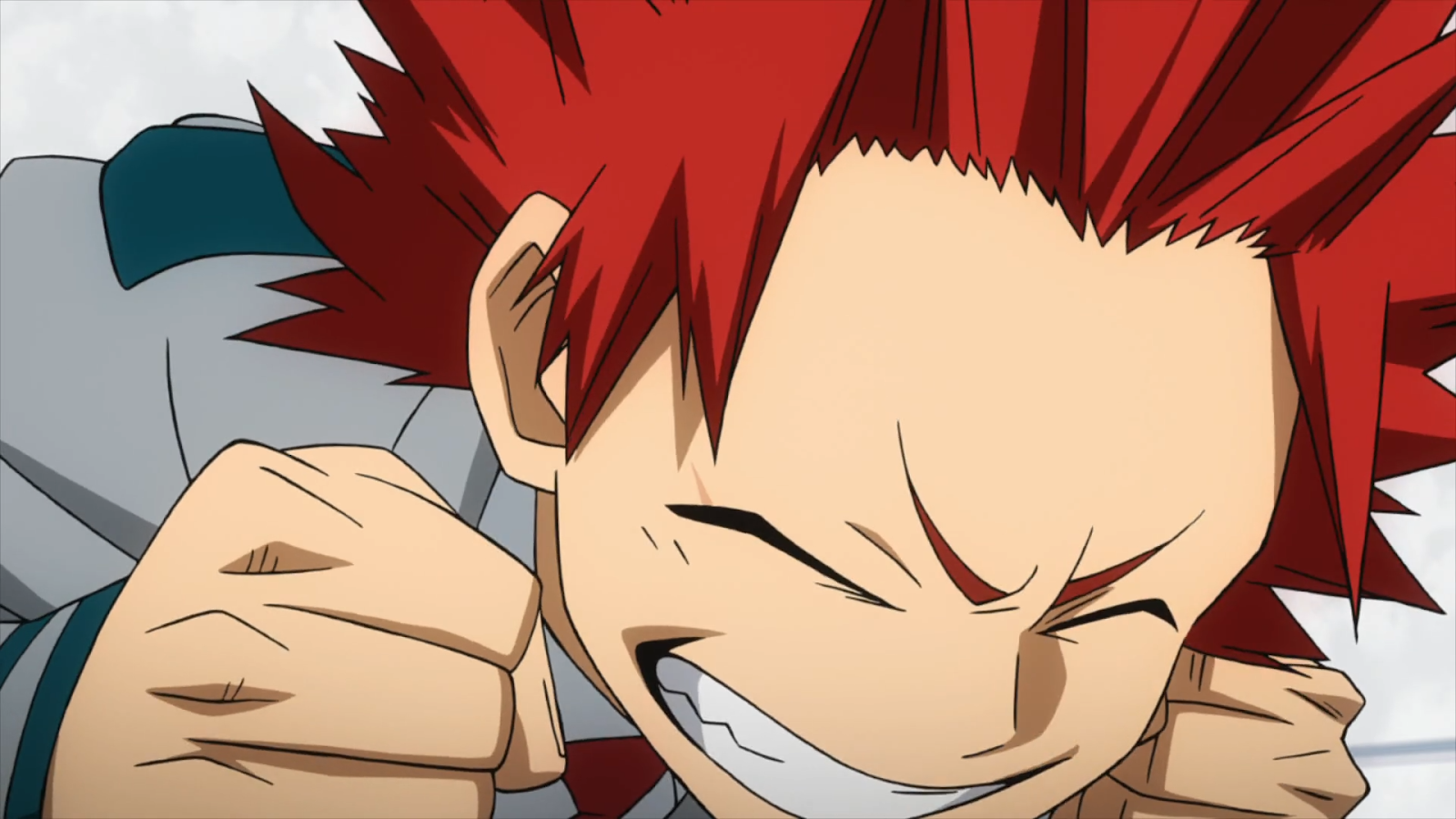 An aspect of Kirishima’s quirk that may be overlooked in favor of its combat utilities is its ability to accessorize his personal precipice. His hair stands upright like a crown adorning his immaculate hairline in a manner that you’d have a hard sell telling anyone is natural without a lot of product or some evolutionary aid. The red is particularly striking, drawing the eye in toward the apex of his face. His hair is my hero for doing so much to show off one of the best foreheads in UA. 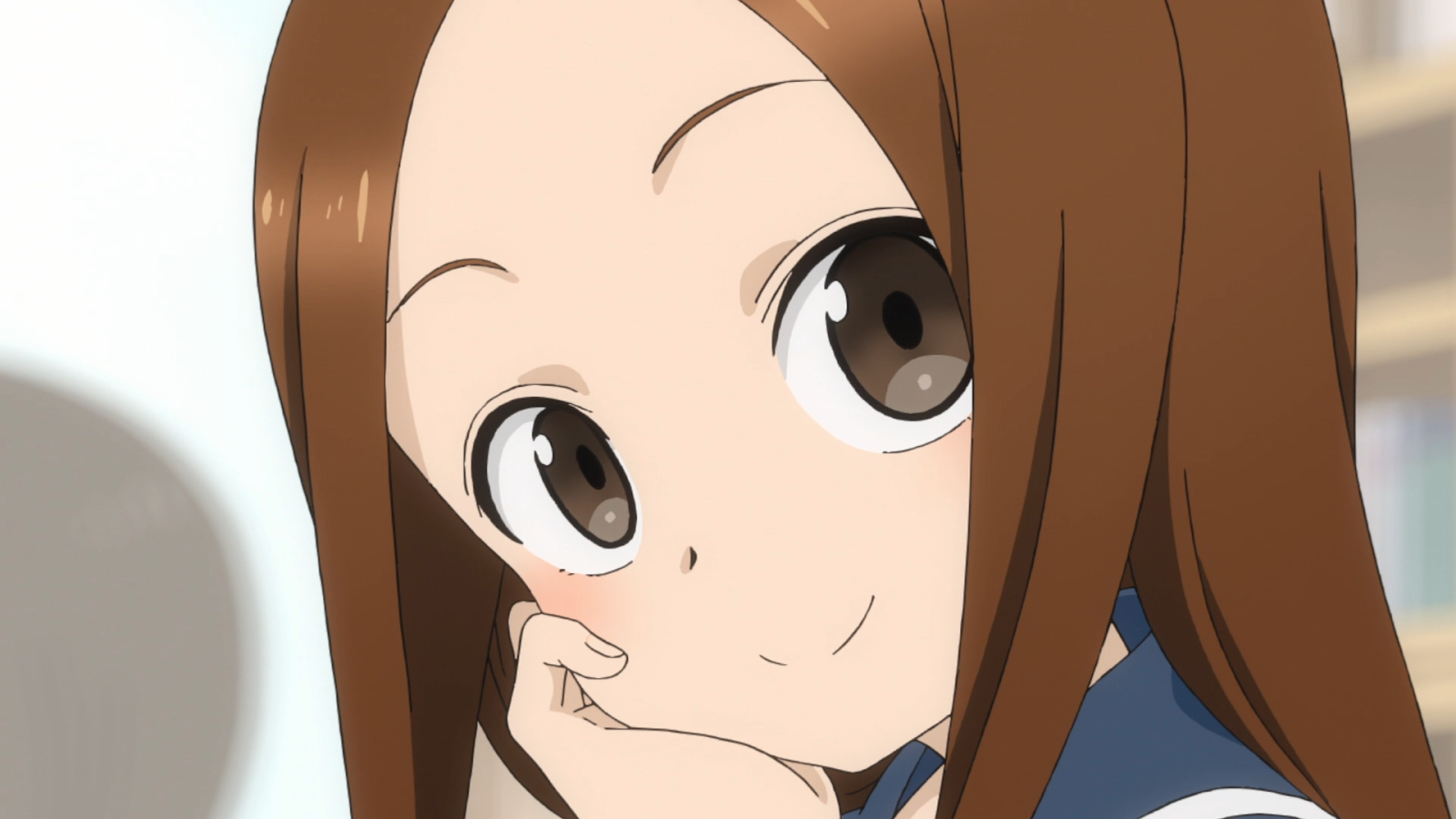 As with all things, Takagi-san is a tease. Her enigmatic, Mona Lisa-like smile is matched in mystery by the unknown geometry of her forehead. From even just the small glimpse we’re given, it’s obvious she’s been gifted with a rare cerebral expanse, but its outer perimeter is obscured by two curtains of hair. You have to watch her closely not only to avoid the inevitable prank, but catch the rare glimpse of her hairline. 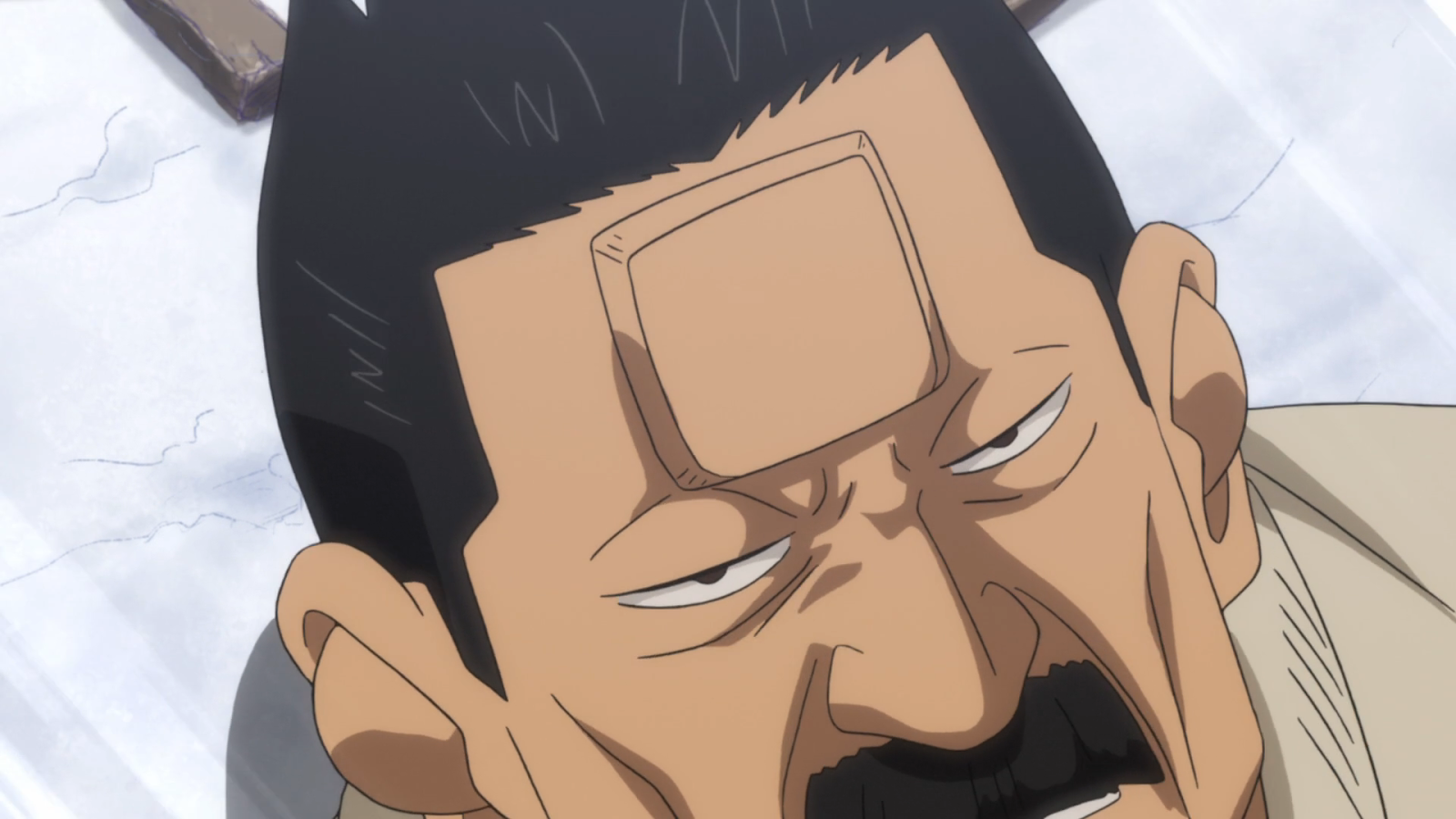 This guys got both form and function that puts him head and shoulders, especially head, above the impressive competition in Golden Kamuy. Up against some impressive hairlines and even a one villain with an unfair forehead prosthesis. Although some may be shocked at its shape, all foreheads are beautiful and this one's uniqueness truly shines, even drawing attention from his pronounced judo ear! His large frontal bone is surprisingly symmetrical, adding some welcome new geometry to the forehead game, and can even deflect nails! 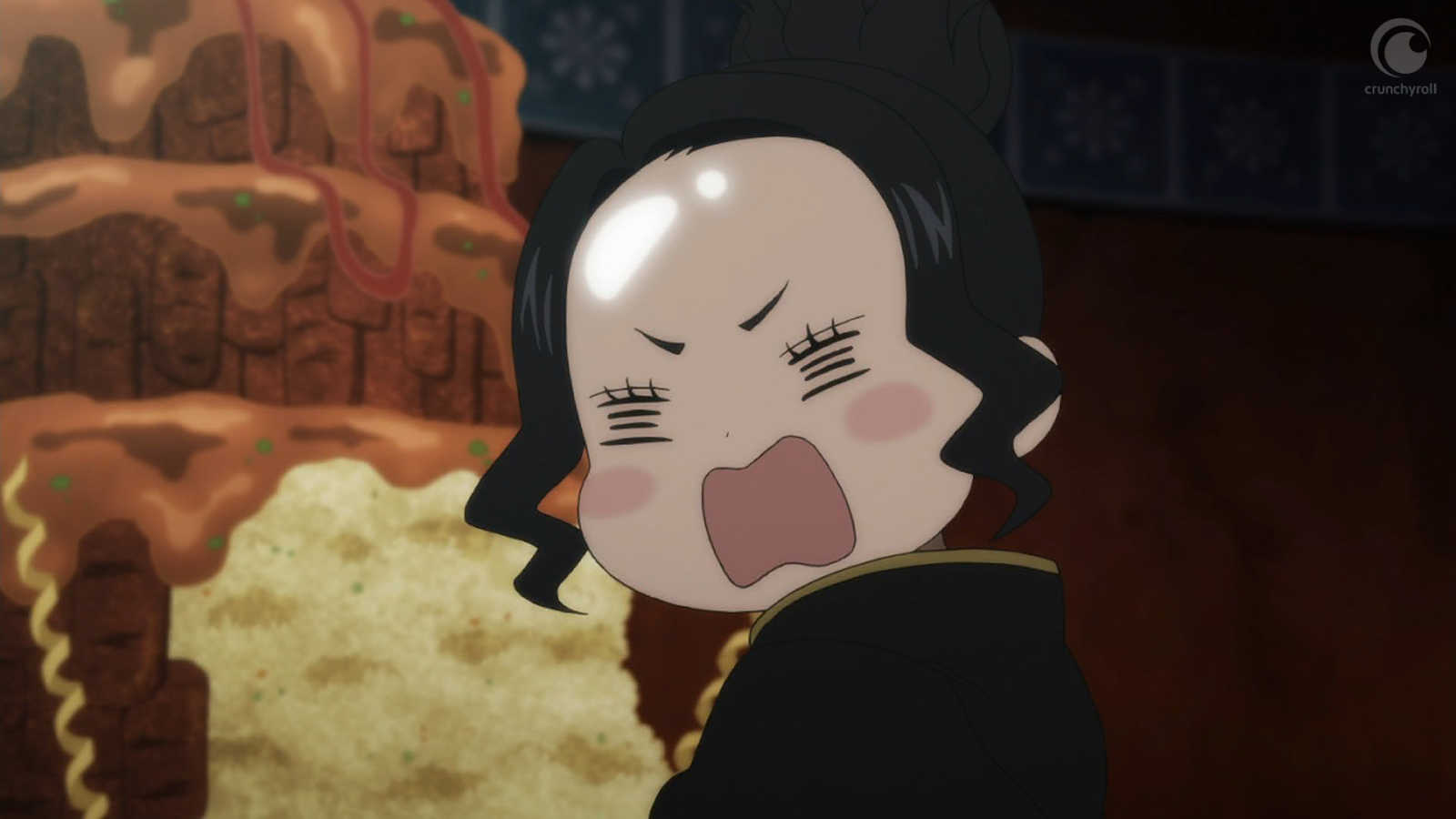 The foremost magic knight under Yami is also the member of the Black Bulls with the foremost forehead. Only one word can accurately describe Charmy’s forehead, and that is “magical.” Her bangs fall naturally down either side of her sparkling expanse like a Victorian frame. You can actually see the mana creating a fine sheen upon her brown like the sun rising over the horizon. Such great skin must require a healthy diet. 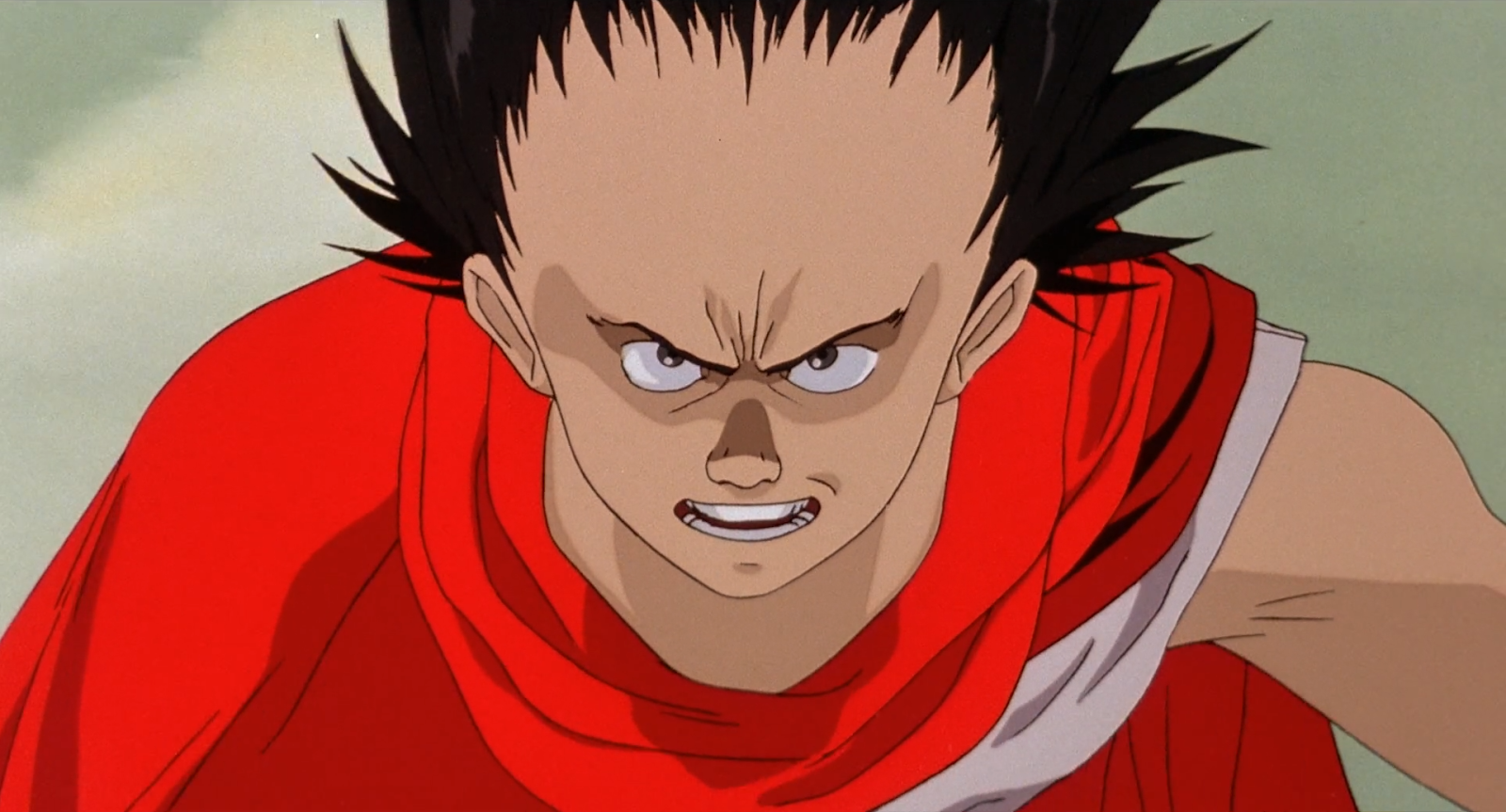 With a dome like that, no wonder Tetsuo has overwhelming psychic power. Accentuated with a swept back hairstyle, Tetsuo’s considerable summit is one area where he’ll never fall short of Kaneda. Tetsuo's whole head seems designed to accentuate the area above his eyes, with low, thin eyebrows making his most significant feature even more immense. It looks like you could fit another face between his eyebrows and his hairline. 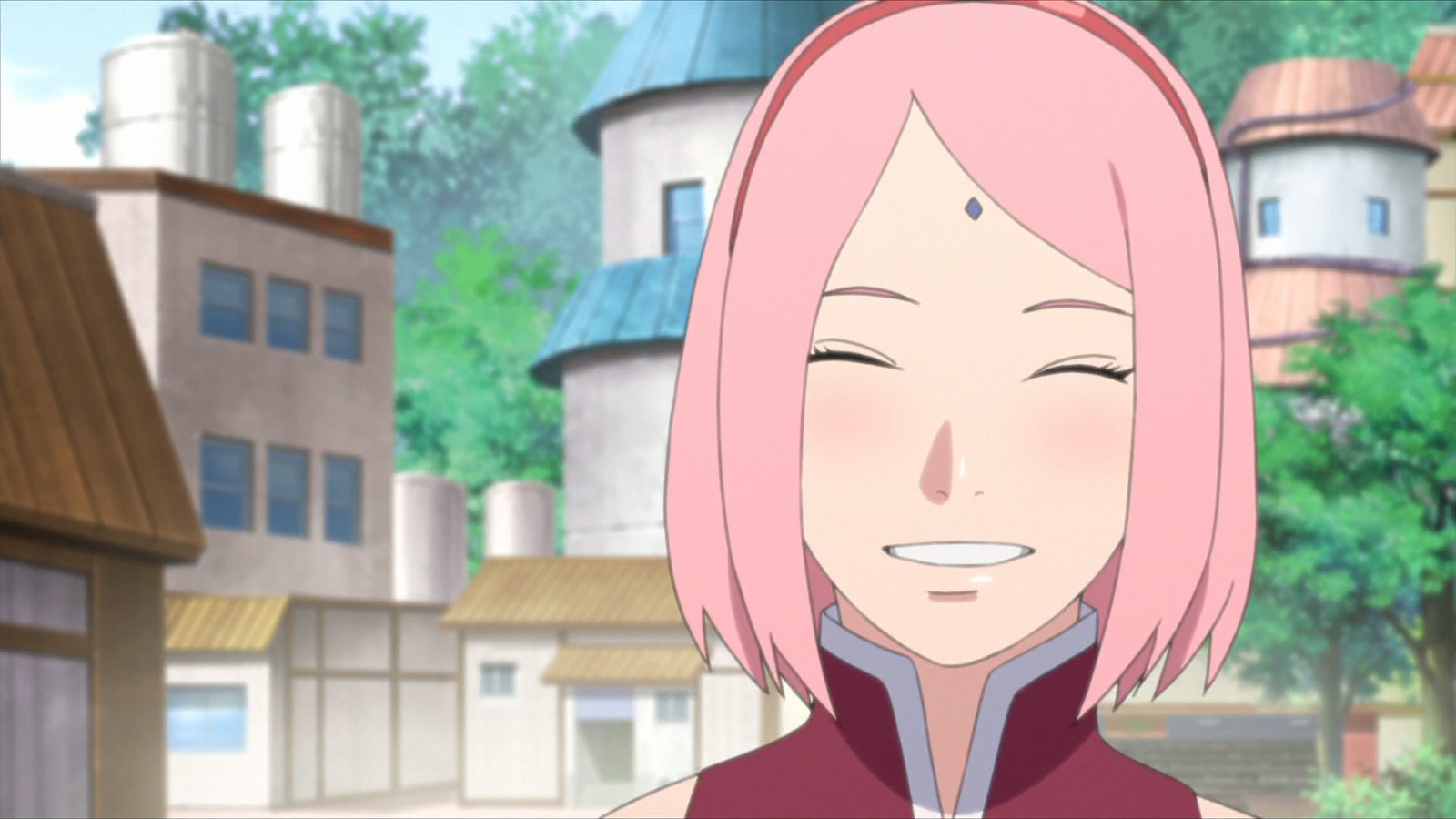 In a series about redemption, perhaps none were so impressive as that of Sakura’s forehead. Originally a source of shame for Sakura, which she attempted to hide behind her hair. As she grew older she realized that it was nothing to be ashamed of and, nowadays, proudly shows off her brow, even adding an accent to draw the eye. Sakura’s forehead was always perfect, she just needed to discover its true beauty. 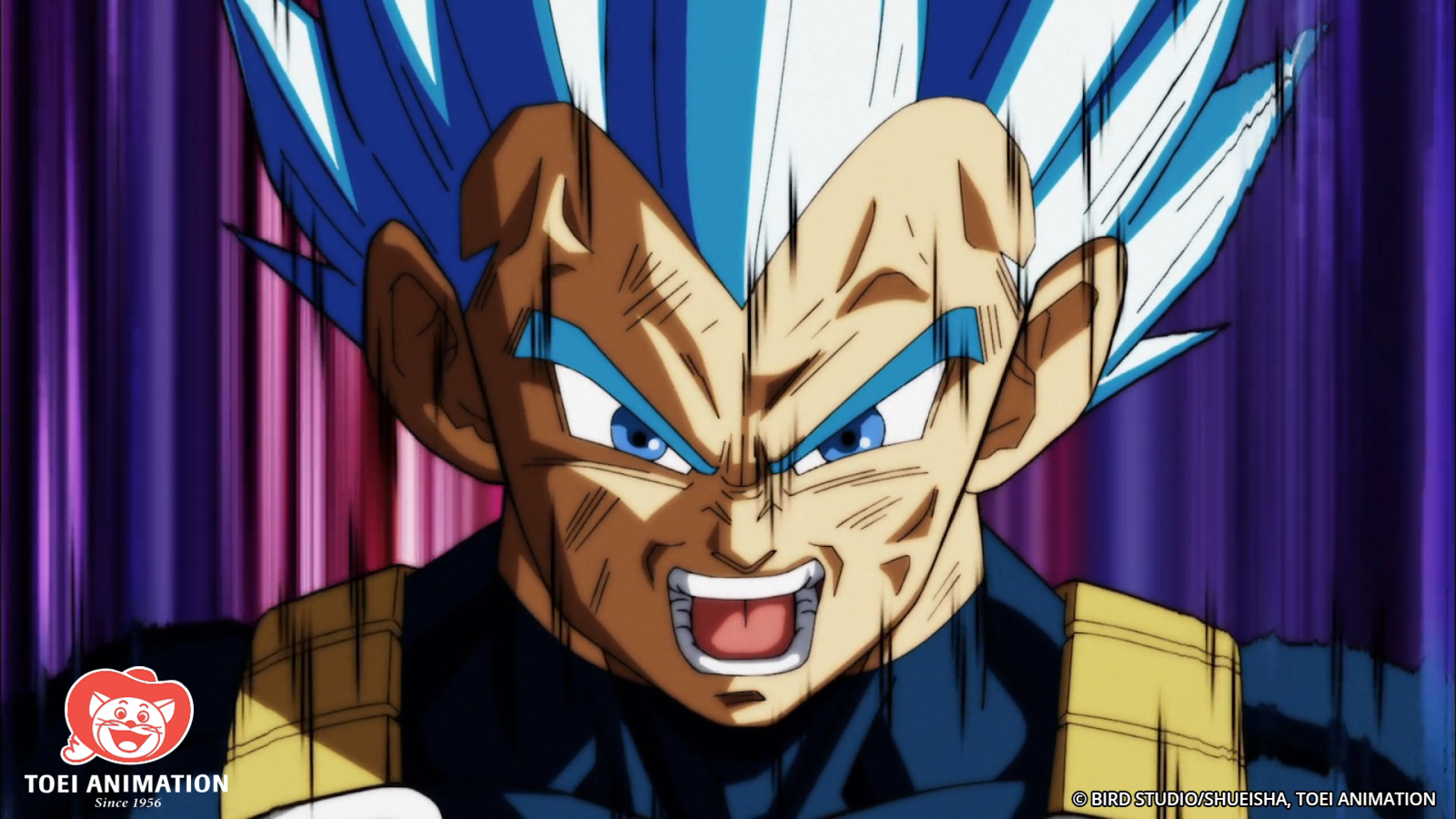 He may never become the strongest warrior in the universe(s) but Vegeta will always dominate when it comes to one field. Foreheads. It wouldn’t be Dragon Ball if there weren't broad competition. One of Krillin’s original techniques was blinding enemies with the shine off his sleek dome, the Android twins have immaculate planes framed by perfect hair, and SSJ3 Goku has the manliest brow since the neanderthals. All fall before his magnificent widow’s peak, nearly dividing everything above his eyes in two. It’s one limit that Goku shall never surpass. 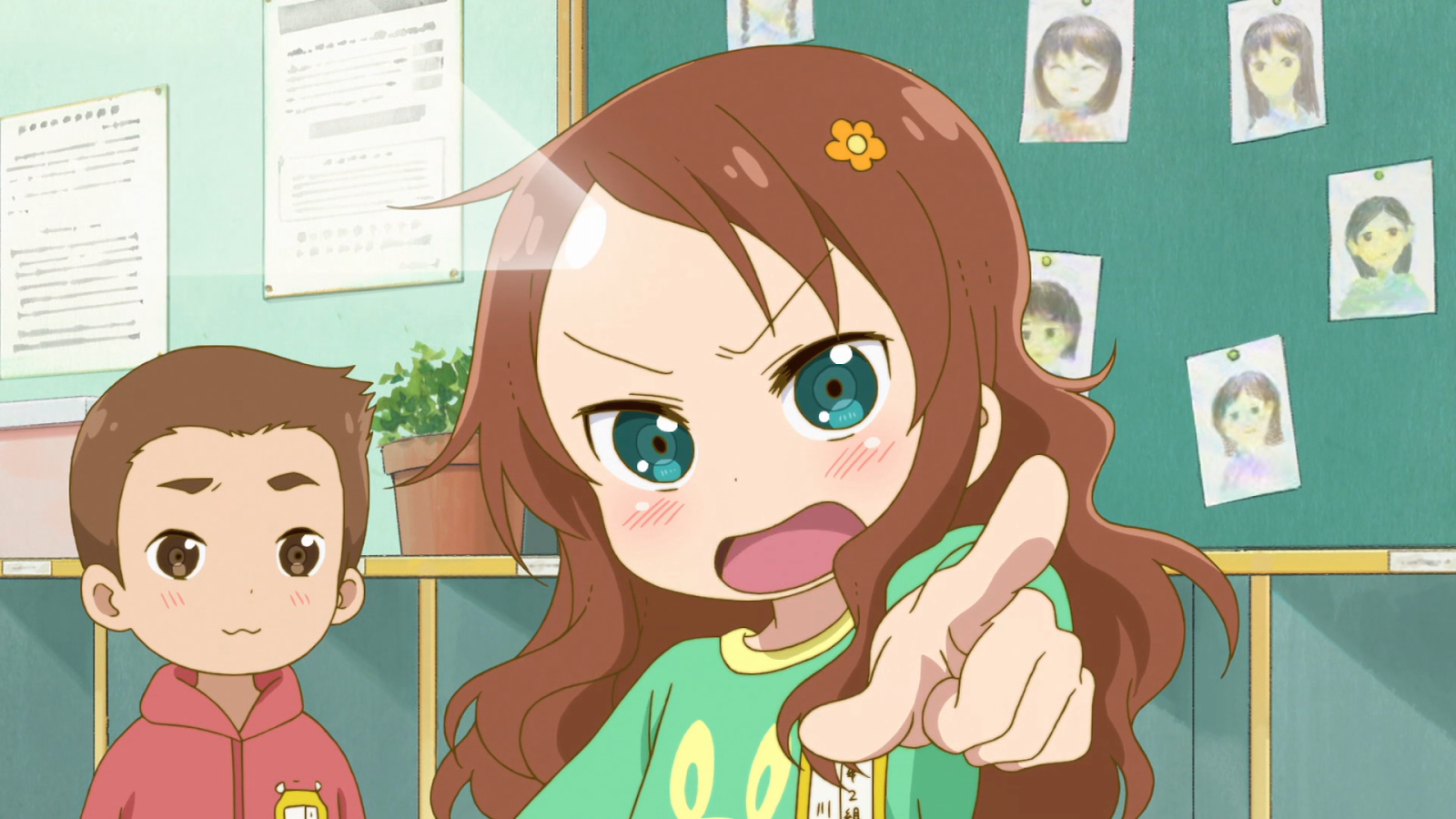 A shining beacon of hope in our dark world, Saikawa’s forehead is a gift. It’s wonderful sheen acts as her own personal headlight, illuminating her path not unlike a certain reindeer. Brilliant as it is, her brow begs the question as to how blinding it may be once fully revealed. Even among a cast of magnificent dragons, her forehead remains unmatched. Most terrifying of all, Saikawa has yet to even fully grow into her own head. A mere elementary schooler, one can only wonder at her true upper ceiling.

Hope you had fun brow-sing this list. Who possesses your favorite forehead on the list? Is size, shape, or shine more important? Is there a forehead I’ve fore-gotten? Let us know in the comments below!