An inside look as to what makes LLENN's journey both captivating and compelling! 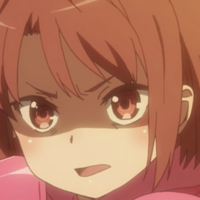 When I logged onto my first MMORPG, I had only two things in mind: to become immensely powerful – and to also still be a cute girl.

I’ve never given much thought to how I play video games. For me, they were a rare luxury. I grew up in a household where playing them was nearly forbidden, often encouraged to approach other activities, like tennis or reading. However, as time went on, and I became increasingly unsatisfied with my environment, the visceral experience of immersion and exploring new worlds became more alluring. Finally, in middle school, I finally took a stab at it and logged onto Runescape.

It was mesmerizing. I was restricted in my character creation, but I quickly found myself drawn to the myriad tasks and players in the game. Unlike real life, merit was accessible and simple – all it took was completing quests to earn enough skill points and level up. In this illusion of a world, I could forge an identity outside of the one I felt so insecure about. I felt powerful. But more than anything, I felt comfortable with some part of myself.

In Sword Art Online Alternative: Gun Gale Online, the main character is Karen Kohiruimaki, a girl that actively dislikes her own real-life height. She wishes to be small and cute, and as a result, finds the perfect avatar as "LLENN" in the MMORPG Gun Gale Online, only to become a serious competitor in many of the game’s online matches. While the show is exciting enough with its drawn out and intense gun battles, I personally find it more captivating and compelling for its on-spot portrayal of what it’s like to be a female gamer, as someone that often struggled with the concept of identity in both the virtual and real world.

For starters, I’ve never played as a male character, nor chosen any other skin tone than my real-life one. To me, this is extremely important, as these aspects aren’t forms of escapism – they’re forms of validation. I can exist in a game and extend aspects of my real-life self that I want to feel confident or proud about in a completely different setting. I can be an agile cat girl in Final Fantasy XIV, skipping from side to side and dodging beast attacks, or a brave but tired veteran grandmother in Bloodborne, wearing battle scars from wars old and new. There are other parts, however, that I’m far more willing to cast away. My clumsiness and my cowardice, for example. And so I chip away at these models of my online self, until they become satisfactory.

Of course, they’re not always me, but they do contain bits of me; the me that feels tired after a long day of work, or the child me – that impulsive, daring girl that’s in awe of everything around her and wants to understand how it all works. I don’t always spend an hour carefully detailing every aspect of my characters' appearance, but I do enjoy breathing some basic history into them. In this way, character creation is part introspection, part storytelling. It brings forth a part of me I don’t get to explore often, and in this way, I see myself a lot in LLENN – her dedication to dressing cute, and carving out a name for herself outside her college life through her battles and friendships.

In my games, these characters may act out lives I can’t truly live, but that doesn’t mean the moments I’ve spent with them – as them – have become any less helpful. There's patience and determination from grinding, long term quests, or raids, for instance. Or how about rethinking approaches to fighting bosses. In many ways, my history of playing MMOs has granted me a lot of insight into my own weaknesses, as well as my strengths, that I carry into my job or day-to-day activities. I unfortunately no longer have the time to commit to them, but there are days I look back on my experiences fondly.

Halfway through Sword Art Online Alternative: Gun Gale Online, LLENN wins the first Squad Jam. It’s a furiously intense battle, sparks flying in the air as millisecond decisions change the battlefield and turn the tables again and again. Somewhere in the midst of dirt, sand, and sweat, she makes a friend, but also simultaneously embraces her virtual identity as much as her real one. It’s at this time that she no longer finds her height as much of a weakness as much as a inherent part of who she is. She takes more pride in the way she lives her life, and finds herself more comfortable in her own skin. In this way, yes, Gun Gale Online is more than just a game to Karen; it’s part escape, part storytelling, but most importantly, part of her own journey to find self confidence and who she can be.

That's inspiring. That's one of the coolest things about playing games. And that's how I see myself in Sword Art Online's LLENN.