All Might Versus All For One: A Battle for the Soul of Society

Today let's explore the philosophical fault lines of All Might's most desperate battle! 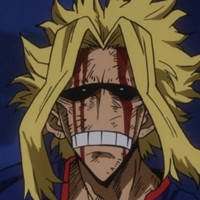 After crossing blows with his fated rival, All For One, All Might landed one last titanic punch and saved the day. It was far from an easy battle — in fact, All Might’s strength has never seemed more fragile than now, as he pushes himself simply to raise a fist to the sky. But it’s deeply fitting that All Might would have such a difficult time striking down All For One, because what All For One represents can never truly be defeated. All For One is an instinct that exists within all of us, an instinct that’s easy to mistake for strength, but which could tear all of society down with it. 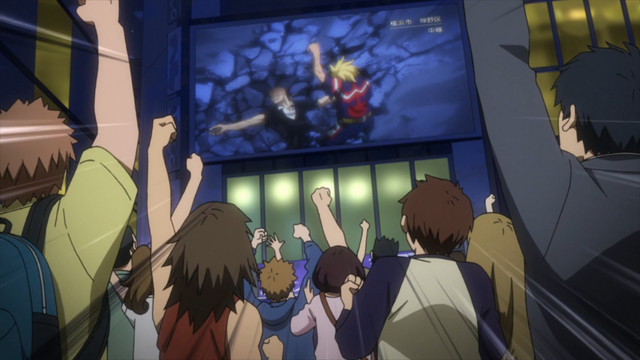 All Might himself is remarkable for many reasons, but what his “One For All” represents seems clear: an instinct towards sacrificing of the self for the good of society, a literal contribution of the “one” for the good of all. All Might has lived this philosophy, and it has cost him dearly. Though the citizens sleep easy due to his presence, he himself is wracked by pain and ever on the brink of destruction. As both All Might and Midoriya have demonstrated, the road of self-sacrifice for the betterment of all is a long and hard one, and even when you win, you never win forever. Your greatest hope is to retire in dignity, having given your all and handed your sacred duty off to the next generation.

In contrast, All For One is plagued by neither doubt nor compromise, blessed with an accommodating philosophy of self-interest as the ultimate good. Just as All Might’s power is a literal reflection of how we each have a debt to the next generation, All For One’s power reflects his belief that if you can take it, it is yours. He is able to use others, even his own allies, because he believes moral hierarchies are arbitrary. From his perspective, All Might’s actions aren’t allowed because they actually represent justice, they’re allowed because All Might’s the one setting the rules. You could call it selfishness, but All For One also represents freedom: freedom of action, freedom from societal obligation, freedom to pursue your "best" self, no matter the cost. 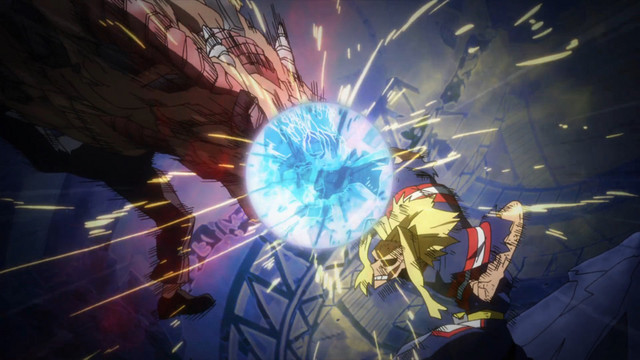 These contrasting philosophies are expressed through the every action of these two titans. All Might sees the weakness of others and compensates for it, diving in front of the killing blow, making up for their weakness with his strength. All For One sees the weakness of others as, well, a weakness – he ruthlessly exploits the physical and emotional frailty of everyone he can, because it is effective and he possesses the power to do so. Their disagreement might seem so binary that it couldn’t possibly apply to the real world, but in reality, this question of whether society should orient itself around enabling the dedicated individual or protecting the least fortunate is an acutely relevant one. The arguments these two men wage with their fists are carried out every day, everywhere, every time personal and public duties clash.

It is the genuine relevance and living nature of this conflict that makes All Might’s battle so gripping; our knowledge that society only tentatively favors the greater good makes his every wince terrifying. When Stain decries the current heroic infrastructure as a commercialized mockery of vigilante justice, thousands flock to his words – because there is a grain of truth in his complaint, and those who see compromise as capitulation are bound to seize on it. When a man like Shigaraki is failed by society, it’s easy for him to build resentment towards that society and see its limitations as all the oppression of tyranny without the consolation of peace. If All Might fails you and All Might represents society itself, what place could this society have for you? And if All Might fails on the big screen, in front of millions, how could any of them believe in his selfless world? Is his dream as fragile and temporary as the power that gave it life? 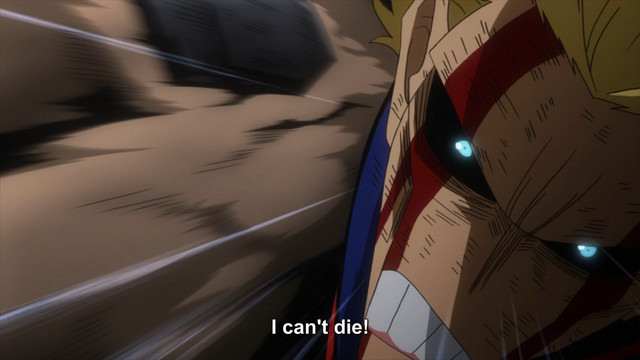 It is All Might’s resolute defense of that society, a society based on the principle of selflessness and the public good, that makes his battle both harrowing and inspiring. There are fault lines in his society, places where his principles and personal actions fail to save people, but his dedication to charity stands unbroken by all of his enemy’s efforts. Ultimately, All Might’s true strength is that his principle stands beyond himself; even if he dies, his spirit of charity will be carried on by all those he’s touched, his commitment to public good furthered by every child he inspired.

That’s the thing about selflessness – you fight for others long enough, and eventually you’ll find you’re no longer fighting alone.