The 6 Most Superb Anime Suplexes 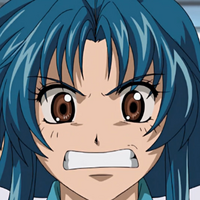 Who doesn’t love a good suplex? A good number of anime series seem to be fans of the maneuver. A wide variety of suplexes have popped up throughout the years, but what's so special about them? Suplexes are a common move in amateur and professional wrestling and can be seen at a rarer frequency in combat sports such as mixed martial arts. The difficulty to peform the move is high, making that that much more impressive to pull off against a trained fighter... or your classmate.

Perhaps the most common suplex that is seen in anime is the German suplex, a belly-to-back waist lock suplex, named after Karl Gotch who Japanese pro wrestling fans dubbed the “God of Wrestling”. He popularized what would become the Japanese style of pro wrestling along with influencing wrestlers such as New Japan Pro Wrestling founder Antonio Inoki. Little did he know he would become a major influence on decades of anime as children and adults both try to capture the magic of his amazing move.

It's a struggle to pick the best from all the anime suplexes out there, but I’ve narrowed them down to six which I believe are the most impressive in terms of impact and execution. Just don’t go out and suplex everyone after you read this.

If by chance you’ve never seen a German suplex performed in anime or real life, this is the standard version of the move. Eikichi has his hands clasped around the Vice Principal’s waist, lifts him up over his head, bridges his body, and dumps him on his head/neck. This is a very good and smooth execution of the suplex. Of course, what makes this suplex better is that you usually don’t suplex a person who is in the process of deciding to hire you. Usually that ends up with no job, but it ends up working out for Eikichi—probably due to his good suplex form.

Sometimes, we have things we wish we could do. Maybe it’s to travel abroad, fly a plane, or perform a German suplex. Yui from Angel Beats has the latter wish and wants to finally be able to give someone a suplex. However, it’s not as easy as it may look, which she and Otonashi find out. Her first few attempts are similar to a release German suplex where there’s no bridge and the person being suplexed is just tossed. That might be fine for some people, but she wants to be able to hit the suplex with a bridge. Eventually she learns to back bridge by doing stretches similar to mid-20th century pro wrestlers and is able to hit the move on Otonashi. It may not be perfect, but the roughness around the edges gives it charm.

We’ve seen some pretty good German suplexes thus far, but nothing quite as devastating as this. Sometimes rivalries end up causing you to add a little bit more power if you’re sparring. Luviagelita’s suplex of Rin here is far more impactful than any of the previous suplexes and certainly wouldn’t be plausible in any type of wrestling in reality as you’d break the ring or your opponent too badly. Yet despite the spectacularness of debris flying, Rin is able to walk away from this suplex without a whole lot of damage so that doesn’t make it the best suplex. It’s still great visually though, which puts it above the others.

What would a list of suplexes be without some pro wrestling anime? The fantastic Tiger Mask W series provides a wealth of suplexes and also the signature suplex of the Tiger Mask character. Tiger Mask W’s Tiger suplex was made famous by the first real-life Tiger Mask —Satoru Sayama— and has become a go-to maneuver for every iteration of Tiger Mask, including Tiger Mask W. The move performed on Fukuwara Mask shows that it is a variation from the German suplex where the person has their arms behind their back when suplexed. That makes the hold more dangerous as there is no way to protect yourself from landing on your head and neck. Adding the bridge creates a hold that is hard to escape from when it is hit.

Not only is the name of the hold a mouthful, but the Japanese Ocean Cyclone Suplex is perhaps the most difficult suplex to perform on this list. Made famous by Joshi legend Manami Toyota, the move requires not only the back strength to bridge, but upper body strength to lift your opponent onto your shoulders and arch backwards. Kaname performs the move excellently onto Sosuke in Full Metal Panic? Fumoffu which shows the difference of what the suplex would do to a person as they land more on their back. It’s still a very devastating move nonetheless as it is rarely seen in pro wrestling due to the degree of difficulty. Definitely a move to not try at home.

This is perhaps one of the more iconic suplexes in all of anime. It’s extremely ridiculous, impactful, and also a great example of a German suplex. The sequence of events leading up to the suplex helps the moment with the battle between the deer and the principal, all the while Yuuko is freaking out over it. There’s also more pro wrestling in it as the principal misses a moonsault soon after the deer appears. The form and technique utilized by the principal is very good as he’s able to get behind, get low enough on the deer to clasp his hands, and use that low base to lift the deer and angle so it lands on its neck instead of its back. He bridges excellently as well by being on his toes to give the principal some extra leverage. Not many anime are going to see animals being suplexed.  It makes sense because it’s Nichijou. It’s also a well-executed suplex that is worthy of being the best. Don’t go out and try to suplex a deer yourself—it won’t end well.


I’m sure there are many suplexes that could have been included on this list, but if your favorite didn’t make the cut, leave a comment below with what you think is one of the best suplexes in anime!