Anime vs. Real Life: ISLAND’s Urashima Is Based on Japan’s Own Easter Island

Check out the real-world locations of ISLAND 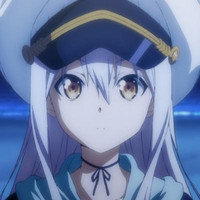 Crystal-clear water, the sound of waves crashing in, and an endless blue sky, are all a good indicator that the summer anime season has officially kicked off! And here to get us in the summer spirit is the mysterious and intriguing ISLAND.

Located far away from Japan’s main island, Urashima’s fate is about to be changed when a self-proclaimed time traveler with hazy memory, only knowing that his mission is to save one girl and kill someone, washes up on its shore one day. He soon starts meddling in the affairs of the three most established families of Urashima, which has long been cut off to outsiders. The endless white beaches, lush untouched forests, and dozens of mysterious moai-like statues, make ISLAND’s setting seem like something straight out of someone’s personal idea of paradise, but the island is in fact, very real. Take a look at the stunning real-world locations of ISLAND, and get to know Japan’s own Easter Island – Niijima!

Stretching south from the Izu Peninsula is a volcanic island group called the Izu Islands, all of which are under the jurisdiction of Tokyo, and one of which is the model for ISLAND’s Urashima. Niijima’s elongated shape makes it look different compared to the anime’s version at first glance, but one more look, and you’ll see that the islands main characteristics are quite similar. The town is located in the middle of the island, with groups of lava domes at the northern and southern end of it. Historically, the island was used as an exile for convicts during the Edo Period, but we have yet to see if that somehow is going to play into the anime’s story.

The island is called Niijima in real life, but Urashima in the anime, which might be a reference to the folktale of Urashima Taro. After saving a turtle, Taro gets guided to the underwater Dragon Palace, where he meets the princess Otohime. After having enjoyed a few days at the luxurious palace, Taro decided to head back to the surface, so Otohime endows him with the Tamatebako box as a souvenir, which will protect him, but should not be opened (I won’t blame you if you’re thinking about One Piece at this point). But after returning home, he finds out that more than 100 years have passed, leading him to open the box in confusion, which in turn transformed him into an old man. Knowing that both Setsuna and Rinne claim to be time travelers, I’m sure that we’ll get a few more references to this tale in the next episodes.

Every episode is going to be a beach episode when the show’s island setting is only approximately 11km long and 2.5km wide, and is fully surrounded by white sand beaches. Habushiura beach here is probably the island’s main attraction, and is especially popular among surfers.

This unusual-looking white structure straddling the beach is the only one there, making it stick out even more, and serves as a gateway to the beautiful Habushiura beach.

It’s here where Karen head-on stumbles into Setsuna for the first time.

ISLAND’s good lighting and gorgeous backgrounds really sell the exotic and tropical feel of the island.

Scattered across the whole island are statues that resemble the Easter Island’s world-famous moai statues, which was also how I found out about Niijima in the first place. Niijima’s statues are crafted by the local community (“moyai” in the local dialect means “to work together”), and while they may not be of historical significance like their counterparts in the South Pacific Ocean, they’ve really become a symbol of the island. Furthermore, these statues are made of a volcanic rock called koga, which can only be excavated on Niijima and the Italian island of Lipari.

If you look closely enough, in the anime and real life, you’ll find these statues pop up just about everywhere.

However, the most prominent koga statue is not on Niijima, but can be found on the southwestern side of Tokyo’s Shibuya Station, which was a gift from the island.

Located near the port is the Shine, Wind and Wave Tower, a carved flight of stairs made fully out of koga rock. From the top you should be able to see the Ancient Greek-inspired open-air hot spring, which I’m fairly certain we’ll get to see in the anime soon.

Even more statues can be found in the large Habushiura Park, right next to the beach, and the free Habushiura camp site.

Washing ashore naked like Setsuna might be one way to reach the island, but the better option is to probably just take a boat. Cheap overnight ferries from Tokyo take around 10 hours to get to Niijima, whereas faster speedboats are able to reach the island paradise in three hours. The island’s also reachable within 30 minutes by small airplanes leaving from Chofu Airport.

The port is located on the western side of Niijima, and has good views of the island’s northern lava domes.

The extra fluffy-haired shrine maiden works at the Miyazukuri Shrine, located at the northern tip of the island. This might be me reading too much into things, but knowing that all three main girls are each part of one of the three long-established families of the island, there’s a clear separation of the island between them. Sara seems to be living at the shrine in the north, the mayor’s daughter Karen in the town in the middle of the island, and Rinne’s mansion is located at the southern end.

This only as a tidbit on the side, but there used to be a test site for experimental and research rockets on Niijima.

With all that being said, I’m sure this won’t be the last time I’ll be writing about the real-life Urashima, so make sure to give ISLAND a try!

If you ever decide to head down to Niijima yourself, here’s my map with all of ISLAND’s locations so far: