The 5 Most Loved and Hated Animal Ears in Anime 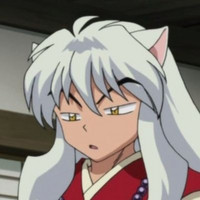 Animal ears. The anime trademark. In no other genre do you see more characters with wildlife features that aren’t straight up animals walking upright. They’ve launched a million online debates regarding the coexistence of human ears hidden under anime hair that few anime are brave enough to tackle head-on. Turns out they’re also a great predictor of love/hate relationships, although that shouldn’t be much of a surprise for anything resembling a cat.

Love them or hate them they’re a mainstay of the genre. Our friends over at Anime-Planet spend day and night cataloguing these unique features and leaving it to the fans to vote on the best and worst ears of all animal varieties. A note before we again, these are the result of popular votes that I can and will disagree with. Only your democratic will can determine who makes it on this list. With that out of the way, below are the 5 most loved and most hated anime characters with animal ears!

5. Black Rabbit - Problem Children are Coming from Another World Aren’t They? 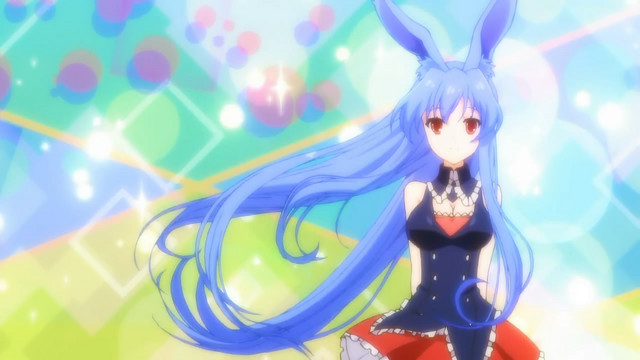 I’d make a No Game No Life comparison for Black Rabbit but the list kind of beat me to the punch. Happily surprised to see she made the list given the difference in visibility between the two titles, especially since the whole experience of Little Garden is a... bit... more innocent. Changing hair color is neat. Anyway, Black Rabbit does her best and, at the end of the day, probably really needed this win. 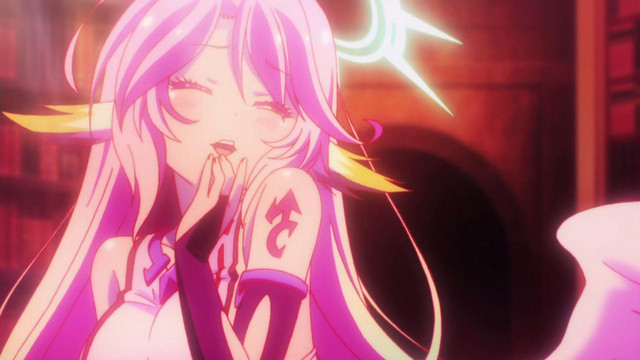 I know the dog ears were temporary, but I was honestly expecting to see Steph here over Jibril. Black Rabbit fills a similar role, so I’m gonna assume you all just felt guilty about stacking NGNL in the Loved category. Admittedly Jibril has one of the coolest games against the siblings, taking shiritori to a ridiculous extreme ending in the destruction of the universe (temporarily). But this is really about her wholeheartedly embracing servitude and her on-and-off sadism? That’s it, isn’t it? Do bird wing ears really count? If they do, then where is Mavis Vermilion? 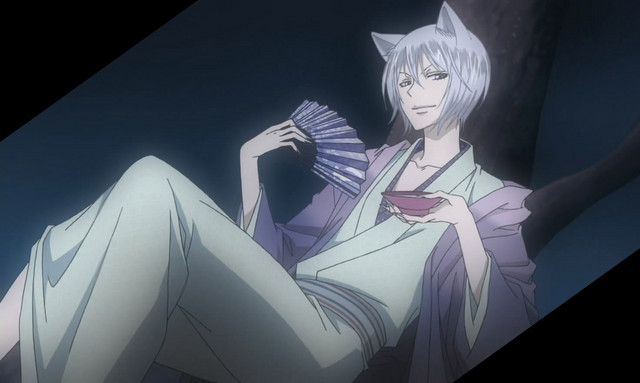 Ah yes, the world famous silver-haired wolf spirit that falls in love with a mortal girl, Tomoe. Who doesn’t feel an instant pang of of compassion when faced with a stray dog? To be honest he’s pretty cruel to Nanami so I’m a little surprised to find him on the hated side of this list, but I’m just now realizing that animal eared characters seem to fall into either servile or tsundere categories and even when he’s being evil, Tomoe’s got a look. Like a classy Inuyasha. 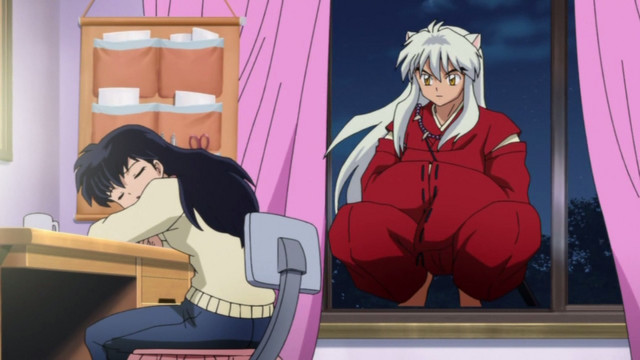 Speaking of. Wolf boy was destined to show up on this list. He’s got one of the most popular anime franchises in history named after him. Maybe the most famously tsundere male characters ever penned. He’s got a tragic backstory, a big sword, and even his brother is cute. He’s awkward and gullible but, at the end of the day, just wants to be loved. Pretty adorable for a 200-year-old. You can even make him sit. 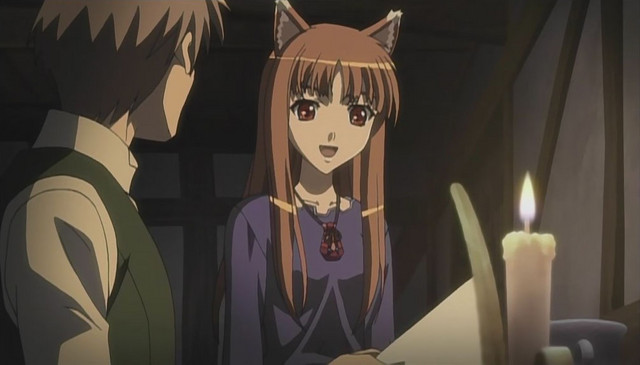 While Inuyasha is half wolf spirit, Holo is a wolf god, so this arrangement makes a great deal of sense. You have to hand it to her, she made a unlikely hit out of a light novel series with a pretty inauspicious premise. It takes a lot of  personality to make medieval trade so fascinating but Holo pulls it off even without the personal drama between her and Lawrence. While another god may be the most famous apple fanatic, she’s definitely cornered the animal ear market. 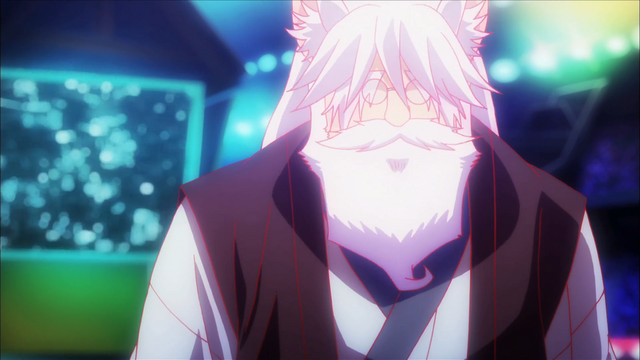 Surprised at this one mostly because Ino even got the votes to place him anywhere at all? I guess he didn’t leave a big impression on me. He didn’t exactly do anything that I could imagine inspiring such ire, at least in the context of all the other stuff going on in No Game No Life. The polygamy thing is weird but pretty low on the totem pole of that series. He even invented the popular game Gal Gun. He plays dirty, but that’s nothing new either. 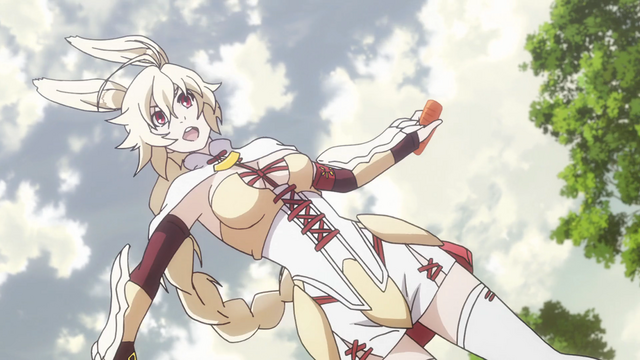 Ok, she’s definitely evil, but why? Great character design, great personality, and an awesome power. Think about it, if she hadn’t set up the locked room mystery, we wouldn’t have even had Rokka at all and it was a great series! She didn’t hurt any of her companions (directly) and she’s trying to stop an endless cycle of sacrifice meant to safeguard the world from horrible monsters. She’s like Yuna in FFX! Yuna got a sequel and Nachetonia gets this disrespect? 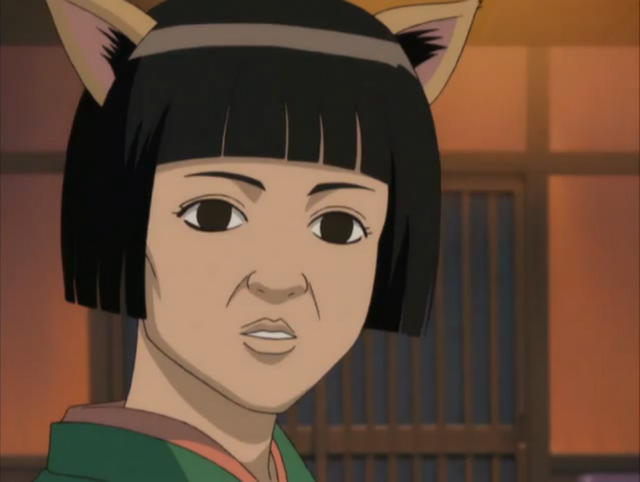 I know she used to be a career criminal but she’s a whole new catgirl now. You can’t hold her past against her. Or is there some other reason you don’t like her? 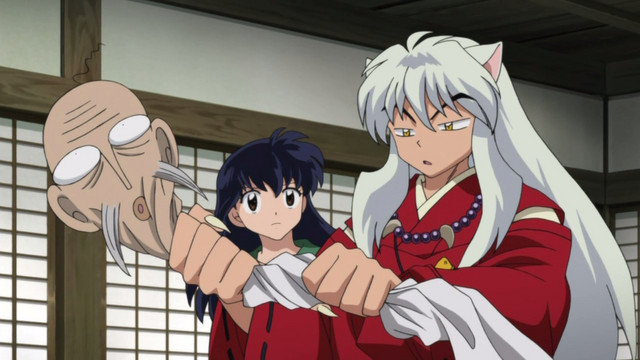 I get it, Kagome and Inuyasha got off to a bit of a rocky start with all of his death threats and calling her his dead girlfriends name. In fact a lot of the trouble with their developing romance can be blamed on him, from being caught up on his memory of Kikyo to being the one to snub most of their potential kisses for literal years of our lives. I start to get annoyed if it even takes until the end of a 24 episode series. I’ll give him this, though. He only said “Kagome!” name 568 times while Kagome belted out “Inuyasha!” 971 times. Maybe she’ll be on some future list. 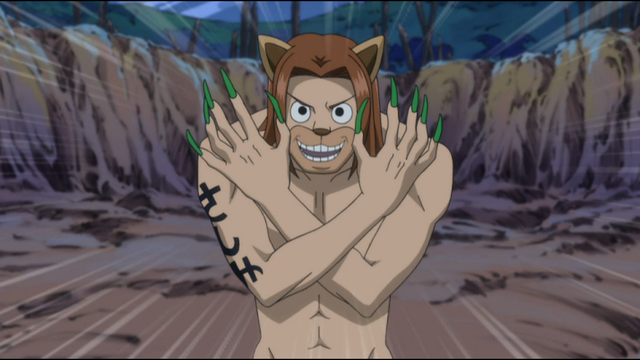 I don’t care if saying this makes me a hypocrite but putting Toby here is totally fine. Just looking at the guy gives you a feeling of mild discomfort. Mashima created the perfect uncanny valley between man and dog. No amount of personality could save him from the curse of his physical appearance. He even gets outsmarted by Natsu. I can’t think of a single nice thing to say about him. Sorry Toby fans, if you even exist.

For those keeping track, that's three dog boys, one fox boy, one wolf girl, two bunny women, only a SINGLE catgirl, and a birdy lady. Most of these characters seem remarkable for being overly affectionate or your archetypal tsundere, but the cats and dogs are all wrong so I'm not sure if there's any important patterns to be found.

Didn’t see your favorite on this list? Want to know where they appear among the most loved and hated on their kind? Head over to Anime-Planet’s list of characters with animal ears to see where they rank or comment below with your most favorite fang. Tune in next week, where the subject will be the most infamous of hairstyle, the pompadour!