How Studio Ghibli's Legacy Traces Back to a Third Generation Thief

Hayao Miyazaki's debut film set the tone for his career 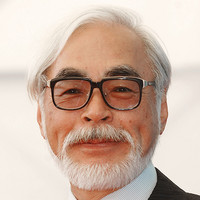 The Castle of Cagliostro could be considered Lupin the Third’s shining moment. The franchise has spanned five mainline anime series, a fantastic Fujiko Mine-centric spin-off, and an overwhelmingly large filmography, yet nothing has stayed within the cultural consciousness quite like the 1979 classic. Why? Because it was directed by none other than Hayao Miyazaki. The master of anime’s feature film debut-- along withintama toe his directorial work on the Lupin the Third Part Two TV series thereafter-- served as a precursor to the distinctive storytelling language he’d make famous at Studio Ghibli.

It’s not that Cagliostro is any different plot-wise from your typical Lupin escapade. The film follows a tried-and-true formula: a mark catches Lupin’s eye, his goals turn chivalrous when he comes across a woman in need, and he sets off with his crew on treacherous hijinks to thwart a vile villain standing in their way. Twists, turns and crafty evasions of Zenigata’s pursuit ensue. Granted, the film executes this framework excellently, mixing sharp writing, memorable characters and expressive animation a cut above what people expected from the already venerable franchise. But what really makes Cagliostro shine are the “Miyazaki touches.” 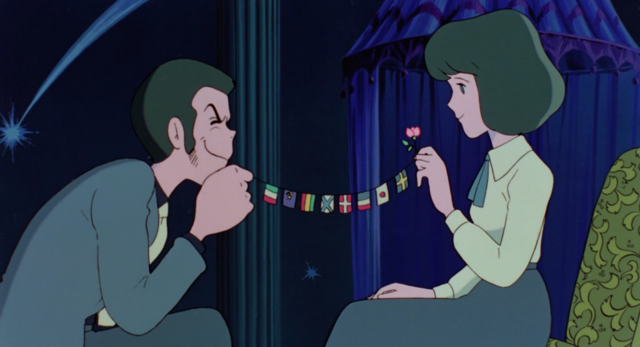 The first touch: the film is a fairy tale for the modern era. A throughline of Miyazaki’s work is magical realism, putting viewers in a familiar time period and lifestyle that coexists with fantastical elements. Let’s look at Spirited Away as an example. At the start of the film, Chihiro’s family drives a modern car through a modern landscape. If you didn’t know to expect a parade of spirits next you’d probably guess the film was a drama about a family settling in after a move. This grounding for the audience increases the immediacy they feel when her parents get turned into pigs (that could be my parents), or Chihiro’s disorientation at the bath house (what if this was me?). These elements strike close to home because they feel like they exist in our home rather than in someone else’s. It’s not once upon a time in a land far far away, it’s right now in your own land.

Cagliostro leans less on the front of literal magic as found in Spirited Away but achieves a similar effect. The opening escape from a casino is classic Lupin, but an escape from a castle? That’s a thing usually reserved for storybooks. Not only that but it hits upon all the tropes: princess in a tower, evil Count, plated knights, skeleton-filled catacombs… this is indeed a prototypical fairy tale, but there’s a catch: the castle is also a front for printing fake currency. This mix whisks the viewer away to a familiar realm of fantasy that inspires the imagination and has a childlike appeal for viewers of all ages. Indeed, what makes Miyazaki’s films have multi-generational reach is that he understands how to make animation not just for children (a womanizing scoundrel is no Prince Charming, after all).

This philosophy is one that permeates every facet of everything Miyazaki has made. It’s why you get those butterflies in your stomach when you watch his films. Why you have a visceral reaction to that feeling of endless imagination they instill within you. Why you feel nostalgic for your wide-eyed years as a wondrous youngster. Miyazaki has stated that it’s not what viewers understand but how they feel, a sentiment true across all filmmaking but that he has so specifically mastered, and in his pre-eminent work at that. 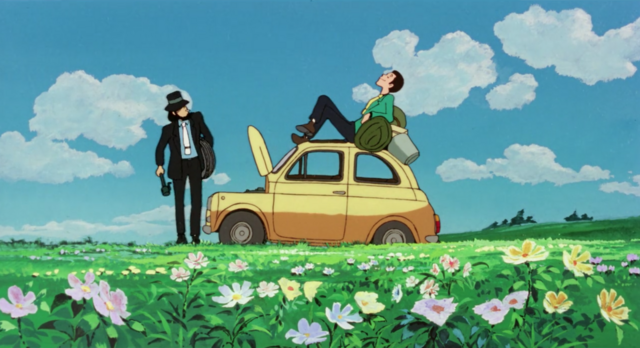 Another one of the Miyazaki touches found in Cagliostro are small moments in which the characters are given respite from the plot and their private selves are revealed. After the chase sequence that opens the film, Lupin’s car gets a flat tire and we see him and Daisuke face off in a rock-paper-scissors match to see who will replace it. This private moment is ultimately unimportant but establishes characters in a way that makes them feel real to us viewers. These moments are peppered throughout the film, such as when the action stops to just sit and watch Lupin contemplate the mission ahead of him. Many other filmmakers would overlook such details but not Miyazaki. He shows the lovable caper in a state of vulnerability rarely seen elsewhere in the franchise.

The legendary director’s fingerprints can be found all over Cagliostro from its sweeping vistas, awe-inspiring locales and painstakingly detailed animation that floats across the screen. However, it’s not the only time he used the Lupin franchise to cut his teeth. After the film’s runaway success, Miyazaki was brought on to direct two episodes of the Lupin the Third Part Two anime series, including its final episode. Both reveal further establishments of regular fixtures in his work.

Wings of Death, Albatross (episode 145) centers around one of Miyazaki’s greatest passions: airplanes and the sensation of flight. This love was instilled in him by his father who ran a manufacturing company for warplane tail fins. The episode revolves around a luxury aircraft hiding a dark secret: a device for creating small atomic bombs (wartime is another Miyazaki staple to no coincidence). Much of the episode takes place with our heroes and foes duking it out amongst the clouds. Flight would go on to inspire many of the director’s films to come including The Wind Rises, Porco Rosso, Kiki’s Delivery Service and Castle in the Sky. You could say it’s a dominant theme in his filmography and this episode of Lupin served as its groundwork. 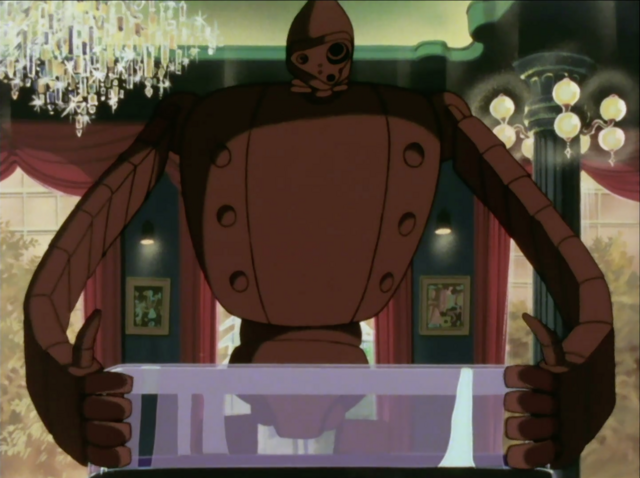 Lupin the Third Part Two’s 155th and final episode-- titled Thieves Love the Peace-- introduces a character design found in two of Miyazaki’s works to come. Similar robots to the one pictured above would go on to make appearances in Castle in the Sky and Nausicaä of the Valley of the Wind. It’s an iconic Ghibli design that makes his work on this episode a dead giveaway. It was also the director’s final turn for a television series as he went on to pursue the career in feature filmmaking he’s famous for.

The impact that Miyazaki’s work on Lupin the Third had on everything he’d go on to make is undeniable and profound. Through The Castle of Cagliostro and the two series episodes we can see the genesis of what Studio Ghibli would come to represent to the extent where one could call Cagliostro an honorary Ghibli film in its own right. It's all thanks to Lupin. Though he may be a thief, he's gave Hayao Miyazaki a canvas which revealed a truly rare talent to the world.