HANEBADO! Will Prove That Badminton is Better Than Tennis

The under-appreciated racquet sport gets its time to shine! 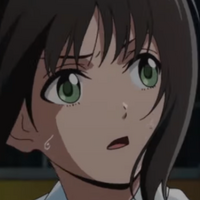 Anime has expanded into a wide variety of sports over the last few years. Whatever sport you can think of, there’s probably been an anime version of it. And with HANEBADO! this summer season, badminton will finally get its chance to shine as a sport that has not yet been explored in anime. Despite being overshadowed by other racquet sports like tennis, badminton can certainly shine on its own by being an easier to understand, strategic, and exciting sport. If all you’ve seen from badminton is casual games played at family gatherings, there's a whole other world to the sport that you need to see.

Badminton hasn’t been around as long as some other sports. It was first played in the 1800s and only became an Olympic sport in 1992. Badminton is usually associated with tennis due to the similarities between the two – such as shared elements of play such as serves, overhead smashes, forehands, and backhands. However, badminton courts are nearly half the size of a tennis court, constricting where the game is played.

But if there’s a key difference that makes badminton better, it’s having an easy-to-understand scoring system that Ayano Hanesaki and the rest of the Kitakomachi High School badminton team will be using in their matches. 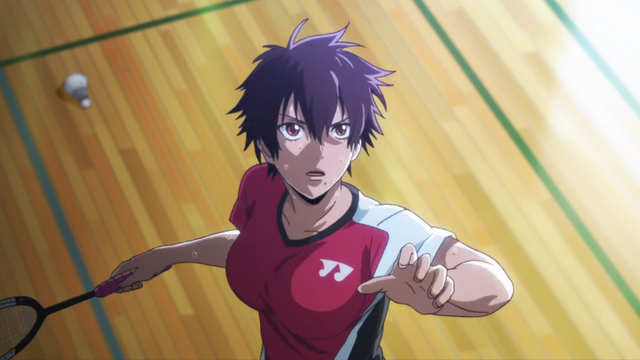 Newcomers to tennis can be easily confused by the scoring of games since it’s not very consistent. There's love (0), 15, 30, 40, and deuce. Badminton takes that system and throws it out the window. Instead, it’s best two-out-of-three games with each game being won by the player or team first to 21 points (and requiring a win by at least two points). Ties are also well handled. If a games gets to 29-29, then the next point just wins, meaning no long, drawn out tiebreakers. This type of scoring makes it much easier to understand for people new to the sport, as will most likely be the case with viewers of HANEBADO!

Another big difference is the object that players of the sport hit with their racquets. Badminton uses the shuttlecock, which has a cork base like a small ball cut in half and a cone of feathers that come out of the base. The odd shape of the shuttlecock means it can float after being hit and also can be harder to hit as well. Contacting the feather portion of the shuttlecock will change the way a forehand or backhand hit will make it fly compared to hitting the smaller cork base. 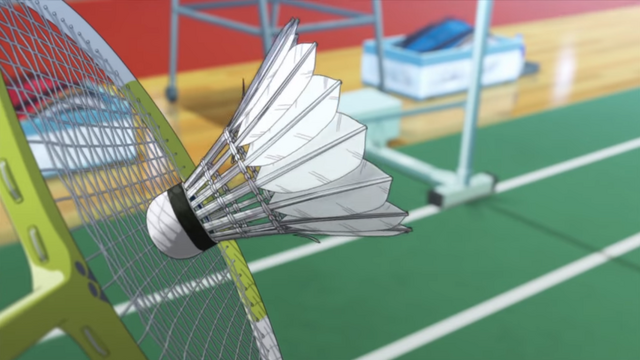 During play, a shuttlecock isn’t allowed to hit the floor, which makes immediate strategy different from tennis. Since a tennis ball is allowed to bounce, that gives you a small bit of time to know where the ball is going to go and how to maneuver yourself in position to return the ball. In badminton, once the shuttlecock is hit, you have to react immediately and get in position for where it is going to end up. There’s very little time to move and hit it, especially if you’re out of position. This can make rallies between players much more intense and stamina draining from running around the court. For HANEBADO!, this will mean more of the drama that you’ve come to associate with sports anime.

Now, of course, there is the commonality in both sports – the racquets. Badminton racquets are somewhat similar to how tennis racquets used to look. There is a small head with strings attached to a long body that leads to the handle. Tennis racquets have seen bigger heads become the norm compared to the style from the 1970s and earlier, but badminton has kept that same style. This makes for a more difficult approach when hitting since there is less of a surface area to connect with – meaning you really need to have a feel for your racquet and swing in order to be successful in badminton. 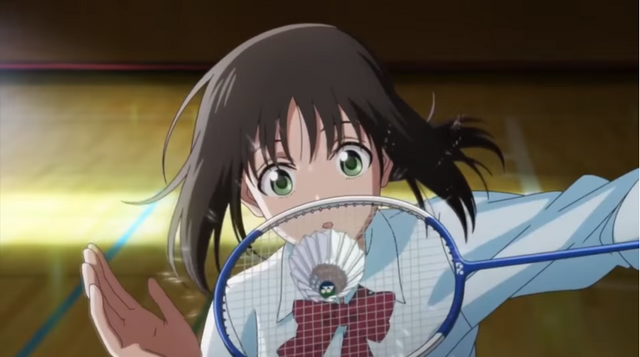 With the way the racquets and the shuttlecock are designed, you might not think speed can come into play within badminton. That’s where you’d be wrong. Badminton racquets are much lighter than tennis racquets which allows for a different technique of swing that relies on wrist movement, as well as shorter swings. This can allow for intense speeds on overhead smashes, such as the fastest ever recorded in badminton: 253 miles per hour by Malaysian player Lee Chong Wei in 2016. Given the shape and size of the shuttlecock, it seems improbable for it to travel that fast, but badminton can turn into high speed rallies at the top levels of competition. That type of speed will allow for some very intense action that HANEBADO! can thrive off of.

You’re now ready to fully get into HANEBADO! and support not only Ayano’s journey, but also badminton in general! You’ll be able to dominate your next family gathering when someone breaks out the badminton kit! And now that HANEBADO! is bringing badminton to the forefront, maybe this will spark other works about the sport to be created!

How have you all liked HANEBADO! so far? Have you already been convinced that badminton is a superior sport to tennis? Let us know in the comments!

Jared Clemons is a writer and podcaster for Seasonal Anime Checkup. He can be found on Twitter @ragbag.
Tags
feature, hanebado
« Previous Post
New Pokémon Anime Film Hyped in Commercials and Visual
Next Post »
Yuuna and the Haunted Hot Springs Game Shares First Screenshots
Other Top News
6 Comments
Sort by: