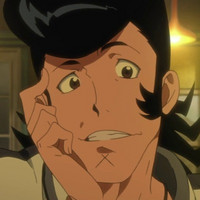 The pompadour. Mightiest haircut known to mankind. Hard to style, requiring hazardous quantities of product to maintain, and flashy as all get out. A rarer entry in anime as it's hairstyles became more focused on modern styles or looks nearly impossible to achieve by except by the most dedicated cosplayers. Characters who sport the style tend to be manly men either of the pugilistic bent or just overly concerned with their own physical appearance. Either way, they tend to make an impression.

Love them or hate them, well, they’re actually pretty easy to avoid. Regardless, our friends over at Anime-Planet spend day and night cataloguing these unique features and leaving it to the fans to vote on the best and worst pompadours in all of anime. A note before we again, these are the result of popular votes that I can and will disagree with. Only your democratic will can determine who makes it on this list. With that out of the way, below are the 5 most loved and most hated anime characters with pompadours! 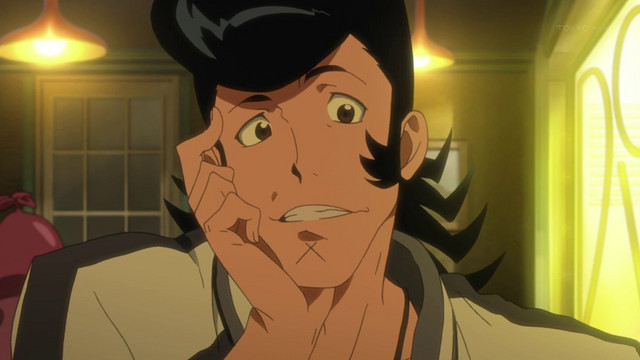 No surprise here. Definitely one of the most famous pompadours in all of anime. Although a few individuals on this list sport long posterior locks, Dandy has his up in fetching spikes reminiscent of a certain other famous pair of pompadour wearing small town boys. Originating from a Shinichiro Watanabe anime, Dandy was destined to become an icon. Portrayed by so many of the most talented directors in anime, everyone is bound to have found a few episodes where they’re charmed by the happy-go-lucky spacefarer. 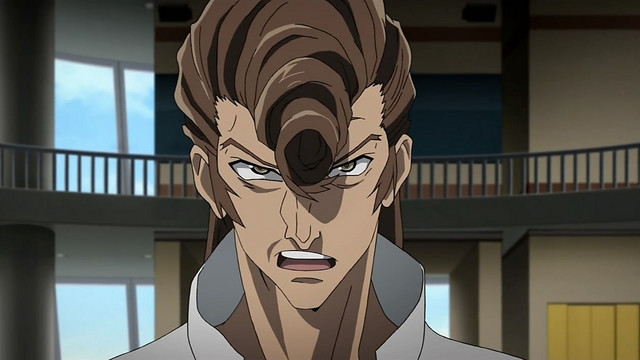 A telescopic spiral pompadour that affords a great view of the rings on his scalp. Although appearing only briefly in The Future Diary, Marco and Ai Mikami made quite an impression. Although their story plays out in a number of ways, the two always find a way to stay together, both in triumph or tragedy. It’s hard to describe them as anything but a pair since the two are such standouts in The Future Diary for their moral compass in a deadly survival game, but Marco in particular had a sense of fearless optimism that made him an easy choice for this kind of list. 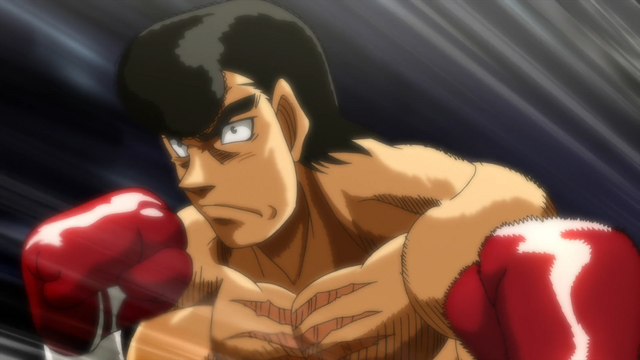 The greatest boxer on Earth who, like Samson, draws his power from his magnificent locks. I don’t think I’ve ever been so happy to see a character featured in one of these lists. A superhuman fighter in an otherwise realistic boxing series on a quest to prove that Japan can field a heavyweight contender by winning the world championship for every weight class from medium up. Fixing his hair became the turning point in his battle defending Japan’s pride against Brian Hawk, which is proof enough for me that his power comes from his pomp. Sure he's a jerk, but he's a nation hero. 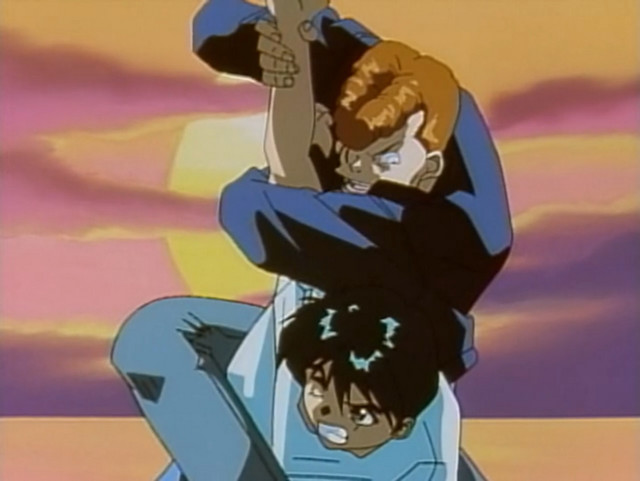 The greatest pompadour in mainstream shonen anime and a rare redhead pompadour I'm pretty confident can only otherwise be found in Slam Dunk. Kuwabara always got a tough rap for being a little dumb and clumsy, but he had an earnest dedication to his friend that could be seen as naive but made it hard not to admire him. Although the butt of many jokes, he got his moments and arguably one of the happiest endings with Yukina. Also laser swords are pretty cool. 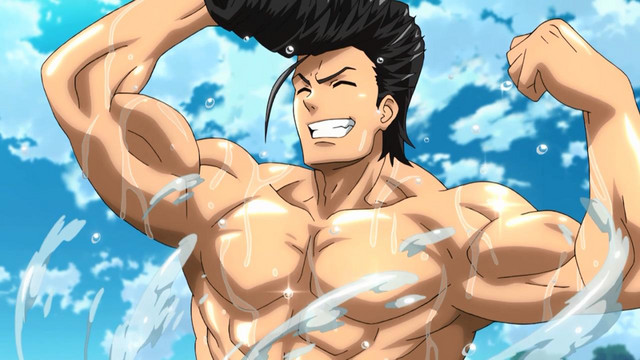 Just by raw pompadour power, Bulat deserves his spot at the top. Only JP from Redline has a more impressive crest. His hair has spiral power, length, and a charming antenna. Bulat also has a lot going for him beyond his hair and a rockin bod, turning coat on the Empire after becoming disgusted with their methods. Mentoring Tatsumi and becoming and older brother figure for him. He’s got awesome power armor which I just noticed looks a lot like Iida’s. What a guy. 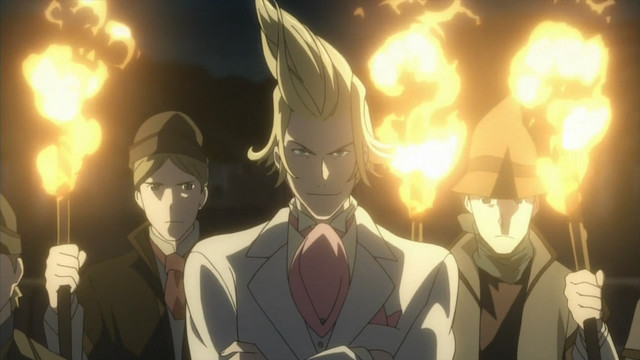 A pompadour that will pierce the heavens, Grevil’s irresponsibly-styled public hazard of a pompadour may be the least of his negative qualities. This pick makes the most sense to me out of the entire hated list. An aristocrat with nothing better to do but strongarm a police force into allowing him to feel self-important by giving him a title and letting him trample all over their work? The image may not seem flattering but it's just him in his normal environment. He'd be my #1. 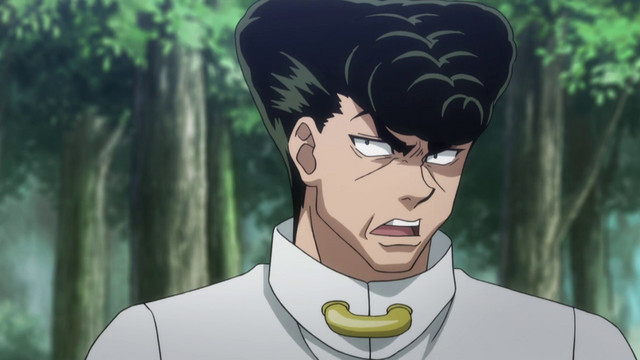 This sucks. There is literally nothing unlikeable about Knuckle. If anything he’s one of the greatest collections of charm points I’ve ever seen. A rowdy delinquent with a secret love for math and finance that he’s turned into one of the most devastating nen abilities in the series. He wears his emotions on his sleeve, protects the weak, and even animals love him. Plus, look at the wings on that pompadour! A work of art. Honestly, how could you do this to him? 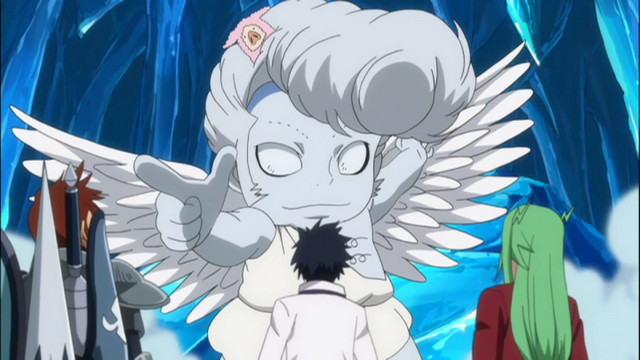 To be honest, I'm not sure if Shamsiel counts. It's technically a summon, although it's got a personality all its own and a lot of summons in Fairy Tail get their own backstory. Sheer size makes Shamsiel a pompadour heavyweight and he's even incorporated it into his fighting style, using his hair to hide pigs that fire lasers out of their snouts... You know what, I'm just gonna go with you guys on this one. 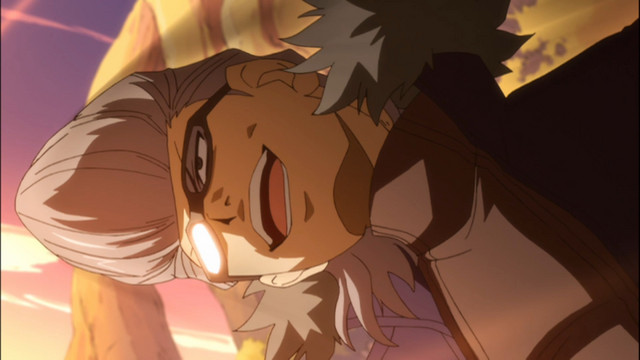 Not so much a pompadour as a fin perched upon Rustyrose's skull. Plenty of reasons to hate him, what with the whole awakening an old evil to realize his plan of world domination but you have to admit he's got style. The poses, the roses, and the fingersnaps all made him unforgettable. He's also an A+ megane. I can't hate him but I understand why so many of you do. 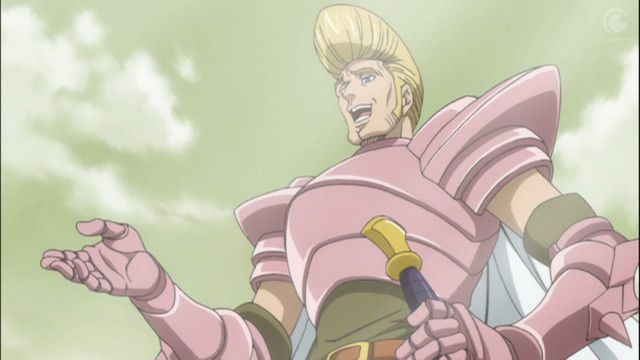 Technically the both top spots were Sugarboy, the original as #1 and his Earth Land counterpart as #2. I decided to stick with the original for obvious reasons. Something about Hiro Mashima and pompadours stokes some serious rage in the fandom. Also all of his pompadours seem to sit on the heads of villains. Still, like Rustyrose, you gotta admit Sugarboy's got a look and a dramatic flair. How many people could pull off pink armor and a speedo? He's hard to hate, but I've definitely made the effort.

I gotta say I made a huge dent in Fairy Tail and didn’t realize there were so many pompadours in that anime despite Sugarboy and Rustyrose being two of my favorite villains. My biggest surprise, however, was that a certain famous pompadour-obsessed delinquent was entirely absent from the Top 10 on both sides of the list, but I’m confident he’s gonna show up in the comments.

Didn’t see your favorite on this list? Want to know where they appear among the most loved and hated of this storied hairstyle? Head over to Anime-Planet’s list of characters with pompadours to see where they rank, or comment below with your most favorite updo. Tune in next week, where the subject will be the experts of online infiltration, Hackers!