The 5 Most Loved and Hated Hackers in Anime 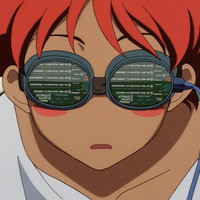 Hackers, important plot device for any story of great intrigue in the digital era and bane of entertainment-loving IT workers the world over. Anime tends toward the most daring cinematic treatment to their work, making for outstanding visuals and heightened drama whenever they're presented with a keyboard. Where fisticuffs and physical reconnaissance fail, hackers pick up the slack by retrieving data, opening doors, and deactivating deadly robots. Although perhaps a bit more glamorous than their real-life counterparts, anime has some diverse entries into this subset, spanning all types of personality and profession.

Love them or hate them, they've already peered at the contents of your folder titled "taxes". Our friends over at Anime-Planet spend day and night cataloguing these unique features and leaving it to the fans to vote on the best and worst hackers in all of anime. A note before we begin, these are the result of popular votes that I can and will disagree with. Only your democratic will can determine who makes it on this list. With that out of the way, below are the 5 most loved and most hated hackers in anime! 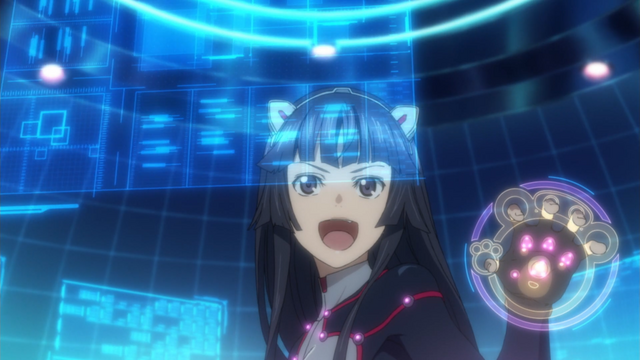 Sporting cat-ear headphones before FLCL and providing high-tech logistical support… maybe sometime before Futaba was first designed? Persona 5 took a while. Although the first on the list she might have the most interesting style of hacking. Rather than doing a “net dive” or just typing really fast, she uses a holographic interface that lets her input commands with moves like a hip bump. Even if her hacking accomplishments aren’t quite as high as the others, she gets definite style points. 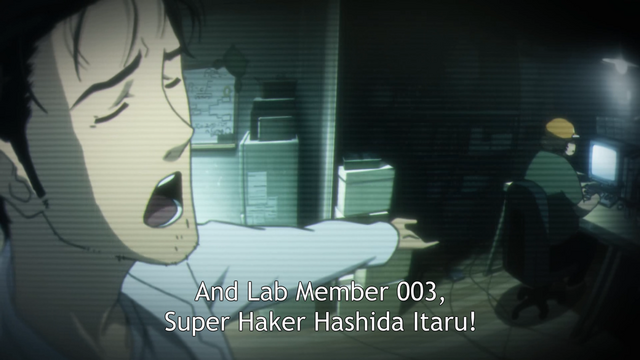 Everybody’s favorite, er, guy getting help from his daughter in a future timeline to overcome his 2D obsession and build a relationship with his daughter’s mother? Anyway, the guy can hack! A self-styled “super hacker” capable of retrieving immense amounts of secured data from secret organizations! Which would be super useful if he could read english. He’s got a lot of issues but, like much of the cast, is a loveable eccentric doing his best to save the world. I'd understand seeing him on either side of the list, to be honest, but he's a good addition for his prowess given their budgetary limits.

3. Motoko Kusanagi - Ghost in the Shell 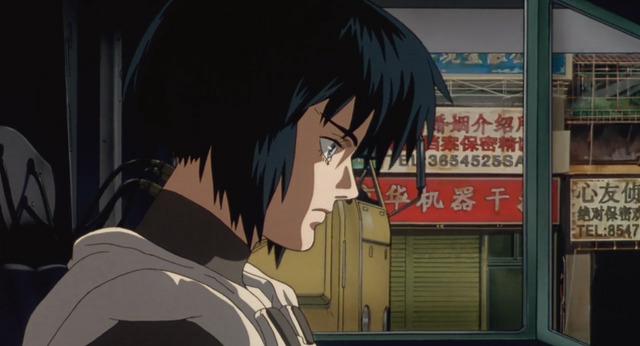 Would the greatest hack in the world be… the human mind? In addition to being a peerless soldier, Motoko also does some of the most awesome hacking in anime. Whether it’s deep dives into ghosts to retrieve information or winning fights by real-time hacking into her opponents mods to make them unable to see her or punch themselves in the face. Whether a transhumanist god of merged human and artificial intelligence or a more mundane special forces operative in a dystpoic future, Motoko's one of the best characters to come out of ‘90s anime era of hard sci fi and I'm prepared for more movies. 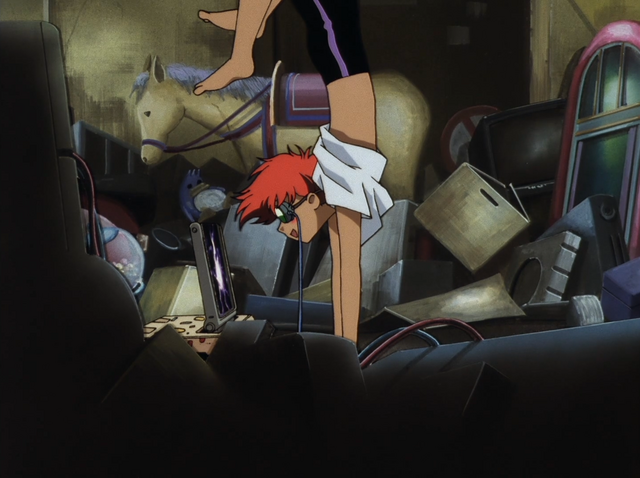 Probably the only hacking primary character on the list, an urban legend purported to be anything from an alien to a 3-year-old whose accolades include convincing an advanced AI to draw her face on the surface of the Earth. The part about her that impresses me most, which often gets swept under the rug, is that she engineered her encounter with the Bebop after following its adventures via the outernet and deciding she wanted in on their fun. Plus she’s just generally awesome, sometimes hacks with her feet, and has VR goggles that are corgi compatible. A breath of fresh air in an otherwise angsty ship. 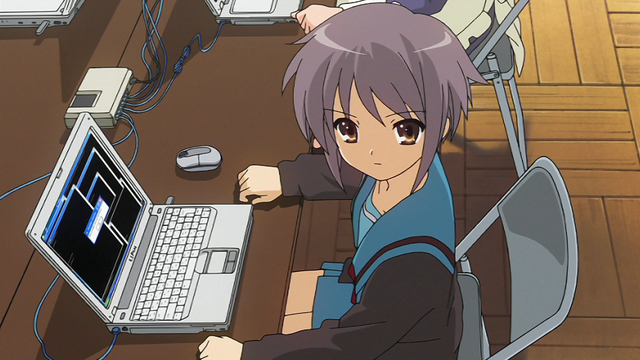 Perhaps the quintessential kuudere. I can’t think of a better qualification for the #1 spot on this list that subject of one of the most well-known hacking GIFs on the internet. Yuki hasn’t exactly hacked into any government databases but real-time hacking a multiplayer video game isn’t half bad. Apparently she also made her own OS compatible with all software? Being that she is an organic construct created by a species of sentient data that wouldn’t be out of place as the greatest threat in a TRIGGER anime, it’s safe to assume she could get into whatever system she set her eyes on.

Wow, what great entries so far. This is sizing up to be my favorite lists ever. Certainly nothing could go wrong at this point. 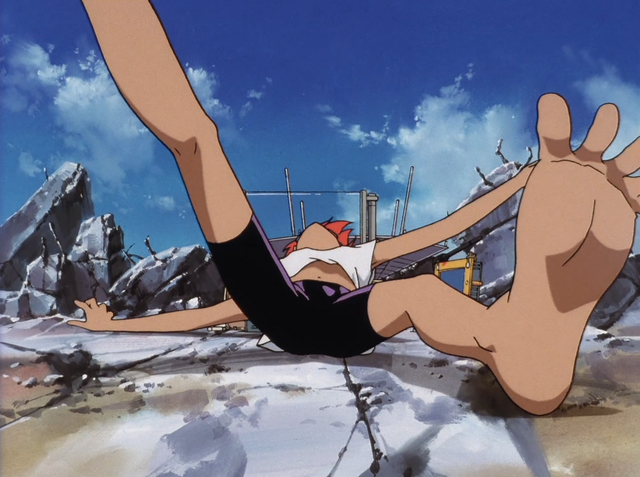 Nope. Honestly, how dare you? I’ll pretend I didn’t see this one. 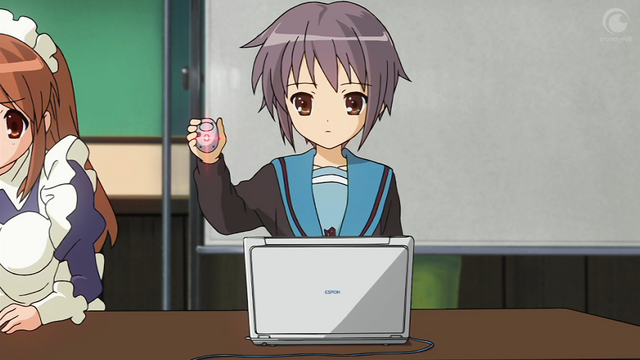 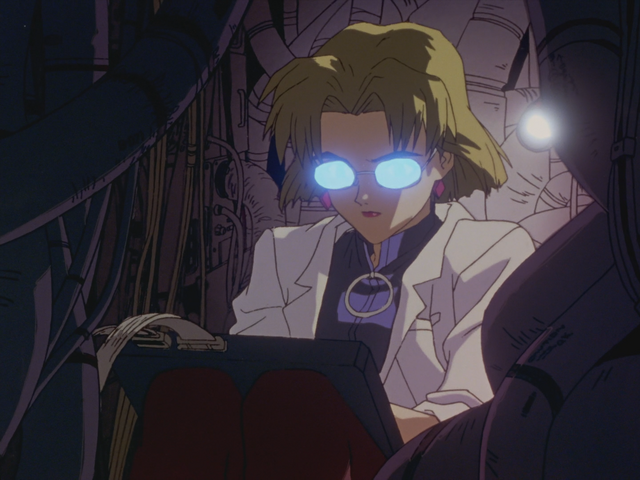 I’ve changed my mind. The only good to come of this list was my cracking open my Evangelion box set to grab this screenshot. Just gonna go ahead and write about about how awesome Ritsuko is. If you like the Evas you might as well go thank her since she's the chief of their development. The only adult to have an Angel kill, taking down Ireul by disassembling the Magi Casper, the organic supercomputer containing her mother's brain, and designing a self-destruct virus on the fly. Arguably her greatest flaw is shouldering too great a burden by herself. I'm not sure where any enmity may even come from here. Please, never darken my doorstep with such a bad take again. 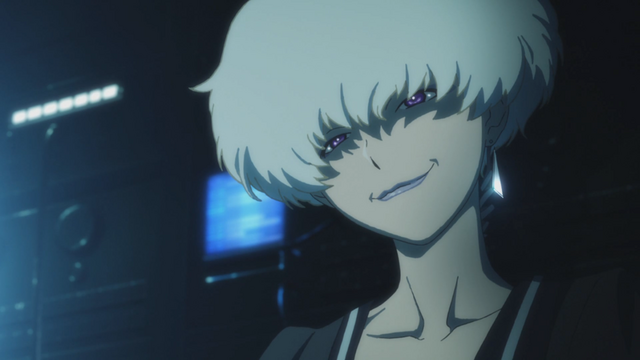 Finally! This is acceptable. The format of Terror in Resonance makes distinguishing between good guys and bad guys a trick, but Five falls pretty clearly into villain territory. Regardless of where you stand, her using a bomb in an airport to tease out Nine and Twelve, not to bring them to justice, but just to beat them in a game as a means of twisted self-validation, is one of the more reprehensible moves in the series. Credit to Watanabe for giving her even a shred of sympathy by the end. Nakazawa deserves a medal for that character design, by the way. 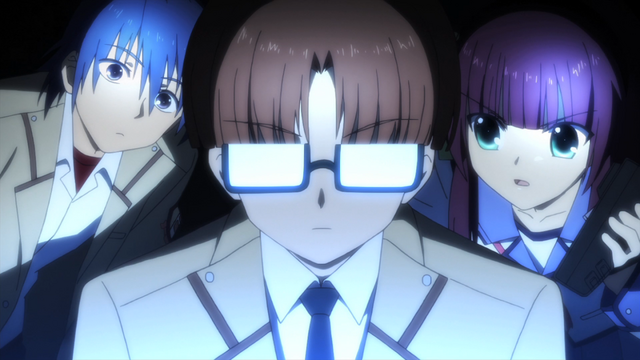 The absolute worst. Although lacking the sadism of Five, Takeyama trades out evil for being absolutely unlikeable. It’s just difficult in general to be affectionate about a character who spends his afterlife demanding people call him “Christ” and complaining about plans while generally offering very little on his own. If memory serves, the series didn’t even bother to give him a backstory to attempt a sympathetic redemption. He can KO people by reciting pi, though. Does that count as hacking?

Surprisingly, this list is one of the most diverse in terms of characterization despite possessing a few (extremely tragic) repeats. Just goes to show you, computers can open a door to a world of opportunity for anyone patient enough to learn about them. That or literally anyone you meet may be stealing government secrets as their side hustle.

Didn’t see your favorite on this list? Want to know where they appear among the most loved and hated of the animated tech wizards? Head over to Anime-Planet’s list of hackers to see where they rank, or comment below with your favorite. Tune in next week, where the subject will be the greatest addition to any anime, Dogs!