Threads and Threats: The Best and Worst Villain Costumes in My Hero Academia

Ranking the fashion choices of My Hero Academia's evildoers 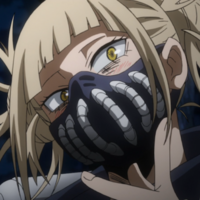 Much buzz is made about hero costumes in My Hero Academia. They’re symbols of justice, after all. Just read my list of the top 10 list of the series’ best threads and you’ll see how important style is to being a crime fighter. But it’s not only paragons that need to dress to impress; villains need a visage that strikes fear into their foes. Here are my rankings of the League of Villains’ nefarious outfits, assessed for both aesthetics and function.

There’s not much to say about Magne. Her costume looks as if she grabbed the first clothes in eyesight out of her closet. There’s no function nor fashion sense here. Credit where it’s due for the too-cool-to-care sunglasses, though.

Dabi dressed like that edgy teenager who hung out in the corner of every High School classroom… except he’s actually in his 20s. Fair due, the guy can rock whatever he wants, and his patchwork body compliments the style, but it’s not doing much for me. And again, there’s no real function to speak of. Pass.

I won’t deny that Kurogiri’s outfit is iconic. The bartender style gives this man made of nebulous smoke a much-needed humanoid form which is in itself important. But outside of the metal brace around his neck, the only reason Kurogiri stands out in a crowd is his wispy appearance. And he doesn’t even wear the costume into battle, putting its costume status into question. I’ll count it, but not by much.

Look, Deadpool is cool and all but you didn’t need to wholesale copy his costume, Twice. Not only that but your black-and-grey color scheme manages to make his style boring. While the razor-sharp measuring tape he can pull out of his wristbands is a useful weapon, nothing about his costume aids his Quirk’s ability to clone people. Suffice to say, my take is that Deadpool is “Twice” the hero that Jin will ever be when it comes to the catwalk.

You’ve got two hands? So what. Try 14 hands. 14 disembodied hands, that is. Disembodied but useless hands… maybe less intriguing. Alas, while Tomura’s arsenal of grabbers gives him a suitably freaky appearance, they serve no discernable purpose. Yes, they telegraph his Quirk of using his actual hands to disintegrate anything they touch but beyond that it’s all aesthetic. A good aesthetic, but just an aesthetic nonetheless. I want more out of the League’s leader.

Mustard’s ‘fit contains the single bare necessity for him to effectively use his mustard-gas-spreading Quirk: a gas mask. Without it he too would be knocked out by the toxic smoke he discharges. What’d be the point in that? But where he slips up big time is his plain black school uniform. It’s an uninspired choice for what could be a menacing doombringer. Why not suit up as a plague doctor or in some horrifying latex? As-is, Mustard lacks visual impact outside of gas masks being cool, which to be fair certainly is something.

Now onto the real winners of this list. Moonfish is a freak unlike any other in the League of Villains. Just look at the dude. When he shows up on the scene it’s impossible not to yell “get him away from me!” He looks like the monster you always feared would jump out of your closet in the middle of the night. Yuck. Paralyzing his opponents with this fear factor alone is enough for his costume to be a winner, even if I never ever want to see it again.

The League of Villains’ new crew were inspired by Stain’s righteous ideology so it only makes sense that one member would wholesale lift his rags. Normally I’d scoff at the lack of originality but given Spinner’s devotion to the mantra of his role model it feels like this act of plagiarism was a foregone conclusion. What’s unique is his sword, though; instead of Stain’s arsenal of cutlery, Spinner combines them all into a single makeshift slicing machine. Oh, and he looks like a lizard Ninja Turtle. How could anyone say no? 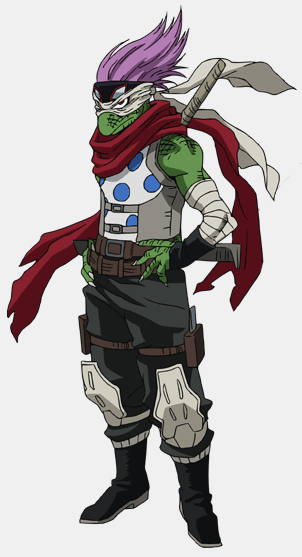 Muscular may seem awfully high on this list given I’ve docked less interesting outfits for less. But in this case, less is more! Muscular’s clothes are gonna rip right off once he buffs up anyway and a tank-top shows off his intimidating pecs to strike fear in any would-be challengers. This is one dude you don’t want to arm wrestle. The black cloak he sometimes dons is cool too, though I think he’s at his best when his muscles are on full display. 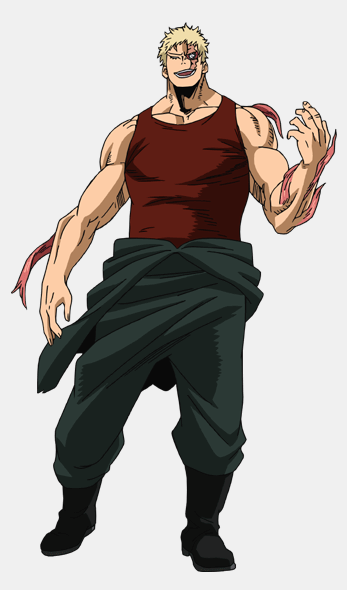 A magician needs an outfit of intrigue and Mr. Compress has just that. His feather-clad top hat, vibrant light-brown trench coat, flashy silver cane, and red accent gloves make him the most fashion-forward villain in the League. Plus his mask changes every arc! I’ll admit some level of bias here as I’m a sucker for the mysterious magician aesthetic he exemplifies so while there’s no particular function to any of his threads outside of looking the part, he gets high marks anyway. The only question is what those he traps inside his spheres experience… actually, that’s probably better left unanswered.

If there’s one thing lacking in My Hero Academia’s villain costumes when stacked against their hero counterparts, it’s true synergistic functionality. Except when it comes to Himiko’s, that is. Her shapeshifting Quirk requires her to consume the blood of her target and her costume is customized to specifically fill that role. Using a knife to cut a wound and syringe to suck out the blood, Himiko’s kit exemplifies what a superpowered fighter’s battle gear should be. The contrast between her school uniform and weaponry also give her a crazed look that suits her madcap personality. There’s simply no other option for the number one spot.

The League of Villains certainly do enough to look the part of baddies but my conclusion? They could use to up their costume game. Complementing your Quirk with synergistic functionality is the key to truly being a fearsome force. Perhaps that inadequacy is why they keep losing to the heroes!

Disagree with my rankings? Leave your own in the comments!