Level Up: The Thrilling Possibilities of 1-A's Ultimate Moves

Today let's explore the highlights of 1-A's latest training efforts, as they develop their own ultimate moves! 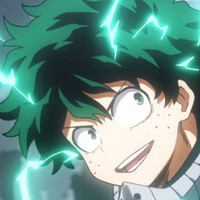 Though the League of Villains still lurks in the shadows, with All For One defeated and his minions scattered, the world has regained a sort of peace. Unfortunately, this peace is a fragile and temporary thing; without the backing of All Might’s strength and integrity, the future of this world is uncertain, and will ultimately demand the rise of trusted new heroes to fill that power vacuum. That makes it all the more important that Midoriya and his fellow students work hard, and fight through their provisional exams using their newest and most powerful asset: their newly acquired ultimate moves. 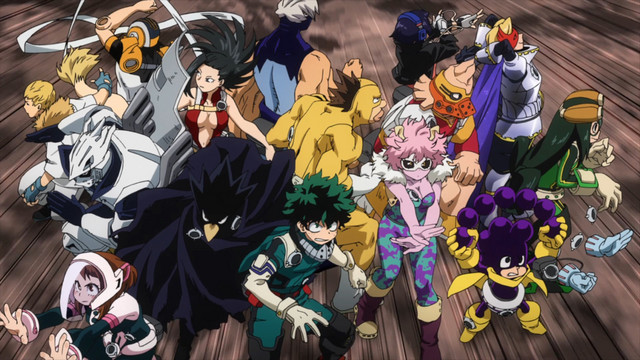 In the abstract, ultimate moves might not seem like a meaningful or realistic priority for heroes. They make sense as a dramatic finisher for a fictional story, but attempting to create a move that “looks flashy” purely for its own sake won’t necessarily make you a more effective hero. But in truth, “develop an ultimate move” is really just a more dramatic way of saying “reexamine your assumptions about how your powers work, and try to apply them in more flexible and unique ways.” If you’ve always seen your wind-gusting powers as a way to blow enemies away, you wouldn’t necessarily think to try and lift yourself with them, or use them to manipulate tools, or write messages in smoke, or any number of other potential utilities. Your first instinct doesn’t have to be your destiny, and today on Why It Works, let’s explore about the students of 1-A have improvised and expanded their heroic repertoire!

First off, Midoriya’s innovation cuts to the heart of what developing ultimate moves is all about. Midoriya’s “new powers” don’t express themselves through a flashy ultimate attack with a catchy title; he simply discarded the assumptions that All Might impressed on him regarding how One For All can be used, and realized that prioritizing his legs over his arms would simultaneously increase his strength, speed, and durability. The most important goal of this exercise is improving your flexibility as a hero, and Midoriya has achieved that goal and then some - he will be a much more formidable force on the battlefield once he is just as comfortable controlling his legs as his epic punches. 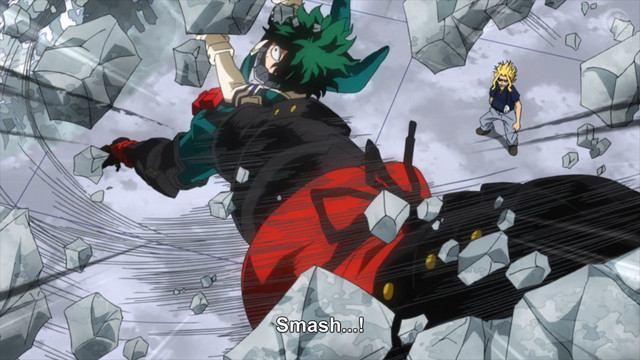 Other heroes demand a little more creativity in developing their ultimate techniques. Though he’s known as a hot-headed bruiser, Bakugo is also one of the smartest, most driven members of 1-A, and his innovations reflect a keen understanding of his existing weaknesses. Bakugo’s powerful explosions give him great offensive power and personal mobility, but the thoughtful approach to battle exemplified through sequences like his Ochako fight and abduction demands both range and precision. By focusing his explosions into a narrow projectile, Bakugo gains both, acquiring the flexibility needed to assist in major hero operations without blowing all his own allies away.

Ultimate moves don’t need to demonstrate some fundamental innovation in how you approach your powers, though - they can also shine as a demonstration of mastery, a distillation of your power’s essence to its most impactful form. That’s true for Iida, whose Reciproburst really just comes down to “I use all of my energy at once in an extreme burst,” but which has already demonstrated itself to be a key tool in his arsenal. And if her consistent training regimen can be trusted, this also seems true of Ochako, who has been working patiently and nauseously ever since summer camp to master her power’s obvious holy grail: the ability to permanently lift herself and fly.

Other members of 1-A seem to be varying between these two approaches, either taking their powers in novel directions or honing their fundamental specialties to the point where they feel like fundamentally different powers. Mina’s acid spray power adds both distance and crowd control to a power set that was previously based around personal mobility and hand-to-hand combat, while Yaoyorozu’s new ability to create multiple simultaneous objects means she’s not just a flexible warrior, but a genuine one-person support team. And though he’s rarely excelled at anything academic, even Mineta’s ultimate move seem like an excellent additional to his arsenal, giving him the ability to manipulate and retract his orbs even at long range. We’ve still only witnessed a small fraction of 1-A’s new powers, but I’m eager to see how Todoroki, Tsuyu, and all the rest of them find new strategies in familiar powers. Strength alone won’t cut it anymore; for a true hero, the ability to think flexibly can turn the humblest powers into the mightiest weapons.

Tags
why it works, my hero academia
« Previous Post
Pokémon the Movie: The Power of Us Heads to U.S. Theaters
Next Post »
Compile Heart Shares Bizarre Teaser for New RPG Project
Other Top News
6 Comments
Sort by:

HUMOR: Live From the One Piece Film Red Fashion Show