What My Hero Academia Gets About Superheroes that Western Comics Don't 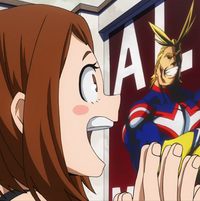 In Western comics, superheroes are the exception instead of the rule. Special individuals work outside the law, going after villains the regular police force couldn’t possibly handle. Many times, they keep to the shadows, or at least keep a low profile, and often act without much regard for the damage they might do in the pursuit of their world-threatening foes. But in My Hero Academia, there’s no secrecy. Hero is just another job description. Everyone can be one—and if you are one, you most likely went to school for it. 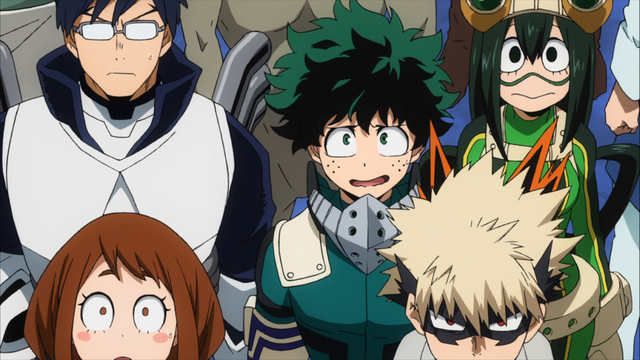 My Hero Academia was inspired by this world of caped crusaders, but the universe of All Might and UA is different from anything seen in the Marvel or DC universes. And yes, I’m including X-Men: Academy X. Just because there is a school for gifted students doesn’t mean society has adapted to include superheroes on the day-to-day level. There’s a reason Xavier’s School for Gifted Students is a secret, private institution. But in My Hero Academia, instead of having superheroes be exceptional, it makes them the norm. Society as a whole is shaped around the assumption that people have superpowers, rather than only a few exceptional aliens, clumsy scientists, lifelong acrobats, and rich men with impressive R&D departments.

Every part of being a superhero is normalized in My Hero Academia. Classes assume superpowers and teach how to hone them into super moves. Being a top hero is a perfectly reasonable dream job. Firefighters, EMTs, and other first responders are people with superpowers suited to rescue and damage reduction, while “normal” superheroes need licenses to operate as a hero in the first place. 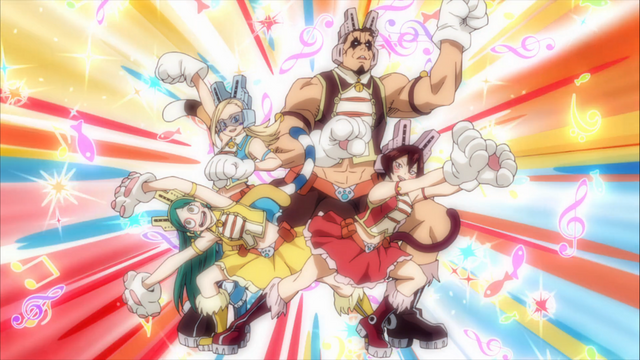 Basically, this society has police with superpowers and a super-powered force authorized to act like the police. There’s no vigilante justice because the would-be vigilantes have the legal authority to act, and if they don’t have the legal authority to act they’re shut down by the super-powered police. We see this with Stain, one arc’s main enemy. Of all the characters, Stain hews the closest to a traditional western superhero. He is a vigilante because he takes righting wrongs (or what he sees as wrongs) into his own hands.

Continuing the theme of vigilantism, this arc also features members of Class 1-A getting officially reprimanded by the police for intervening without a license.  In spite of saving lives, the law comes down hard on their actions. This is because any legitimacy the superheroes get is from their license. The license isn’t just the go-ahead to use powers in a lifesaving manner, it’s a banner of recognition which says “I can be trusted to intervene here safely.” 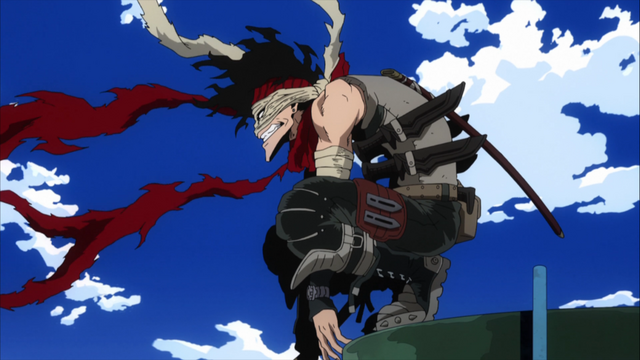 The system only works when superheroes get the same implicit trust as other lifesaving professionals, and like those professionals they must be licensed and trained to respond calmly and effectively in crisis situations. High school students are neither, no matter how well intentioned. So the anime makes an important point—a point that many Western superhero comics often fumble badly—that vigilantism is almost always a terrible idea. The romantic idea of a special person righting wrongs that the system ignored or perpetrates almost always falls apart upon exposure to the complexity of real-life society and the fallibility of the people who decide that they are the arbiter of justice, as is the case with Stain.

Importantly, My Hero Academia doesn't shy away from acknowledging this in its treatment of All Might. As the Symbol of Peace, All Might ties with Stain as the most "Western" of the heroes in the series. All Might is an icon, a source of inspiration, and makes himself special in a sea of superheroes. Like Deku, he has an origin story in receiving One For All. But All Might takes a drastically different path than one Superman might fly: He passes on his power and then is forced to retire due to his own injuries. He might be an icon, but the Number One Hero isn't infallible and had to hang up his cape. 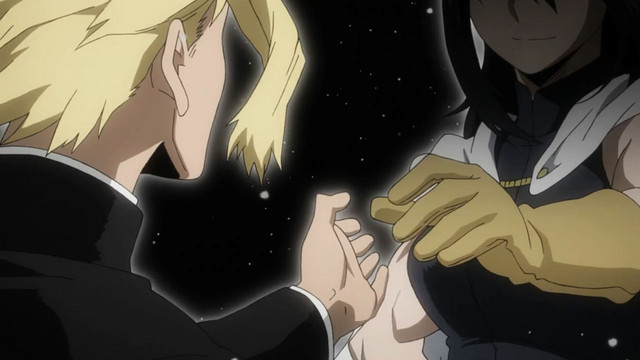 Meanwhile, back in the western comics that My Hero Academia draws from, superheroes almost always operate either as unsanctioned vigilantes or as unofficial, deniable allies of the government. Getting caught by regular law enforcement is a quick trip to a long, long jail sentence, as even if they’re doing good they are breaking a staggering number of laws. Because of this, and because the caped crusaders of the comic shop are explicitly exceptional, the comics often focus on why our hero is different from you, the reader. This establishes why the hero exists in their world—how they got their superpowers—and also justifies adding another superhero to the comics world in the real one.

As a result, superhero origin stories are the bread and butter of western comics, as any trip to the movie theater in the last decade or so could show you. Every hero has some pivotal moment in their life when they awaken to their responsibility: the death of their parents, the bite of a radioactive spider, a rocket crash as they flee a dying world.

In My Hero Academia, a superhero’s origin story is in many ways passing an entrance exam. Of course, the motivations behind each student at the school vary and their reasons for wanting to be a superhero are fascinating looks into their personalities, but they don’t have a singular origin moment when they knew they were going to be a superhero. They just grew up in a world where superheroes existed and being one is a valid career path, and they knew what schools to try to get into to become one. Their origin story is genetics, at least when it comes to their powers (Deku excluded, obviously). 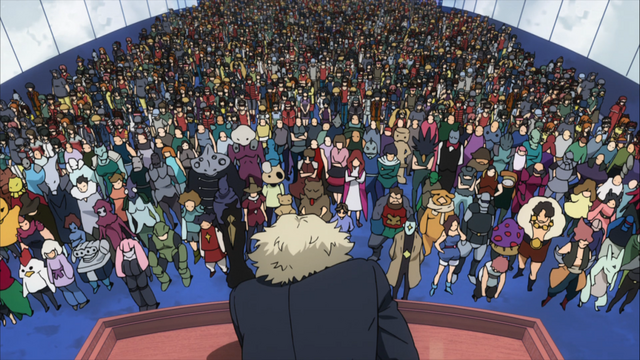 This is honestly a brilliant approach to the world of superheroes. Instead of putting all the weight of a character into their origin—the whys and whats that pushed them to don the cap—characters are forced to ask themselves over and over again why they should be a hero. It isn’t a matter of responsibility, as there’s an entire planet of people with powers out there. Different quirks are more suited to heroics, of course, but possessing a powerful quirk doesn’t make a powerful hero by default. Heroes in My Hero Academia have to choose, over and over again, to be a hero. They have to weigh the pros and cons, and are allowed to have utterly banal reasons for wanting to become a hero.

Because of all of this, My Hero Academia is not only a love letter to Western comics, but also an implicit critique of their negative and cynical depictions of society.  It keeps the ideas of self-sacrifice, upholding justice, and protecting the weak and downtrodden. But with the general availability of powers and the licensing system, it posits that you don’t need to be exceptional or better than everyone else to become a hero. You can make a difference in society if you do it the right way. So long as you work hard and do it for the right reasons, My Hero Academia says that you can be the hero you always dreamed of becoming—no dramatic origin story required.

---
Jeni Hackett is a features writer for Crunchyroll, very rarely blogs at Allons-y Jeni, and is always posting nonsense about anime, science, and more on Twitter @allonsyjeni.
Tags
my hero academia
« Previous Post
Good Smile Has the Creed of an Assassin with Nendoroid Chio Miyamo
Next Post »
Planet With Tops Reddit's Summer "Must Watch" List
Other Top News
47 Comments
Sort by: