Bringing the Phantom Thieves to Life: An Interview with the Director and Producer of PERSONA5 the Animation!

An interview with Masashi Ishihama and Kazuki Adachi! 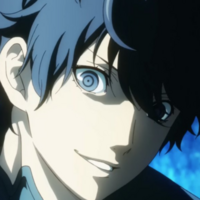 In 2017, the newest installment in the famous Persona franchise, Persona 5, finally hit western shelves. It was only months later that an anime was announced, starting in Spring 2018.To celebrate the ongoing series, both the director and producer decided to visit for a panel at Anime Expo! I was lucky enough to sit down with director Masashi Ishihama and producer Kazuki Adachi to discuss their work in PERSONA5 the Animation.

How did you get to become involved in the PERSONA5 the Animation project?

Ishihama: It was almost love at first sight, because when Adachi-san approached me asking if I could be the director, I said yes almost immediately because I loved the game and the art style. 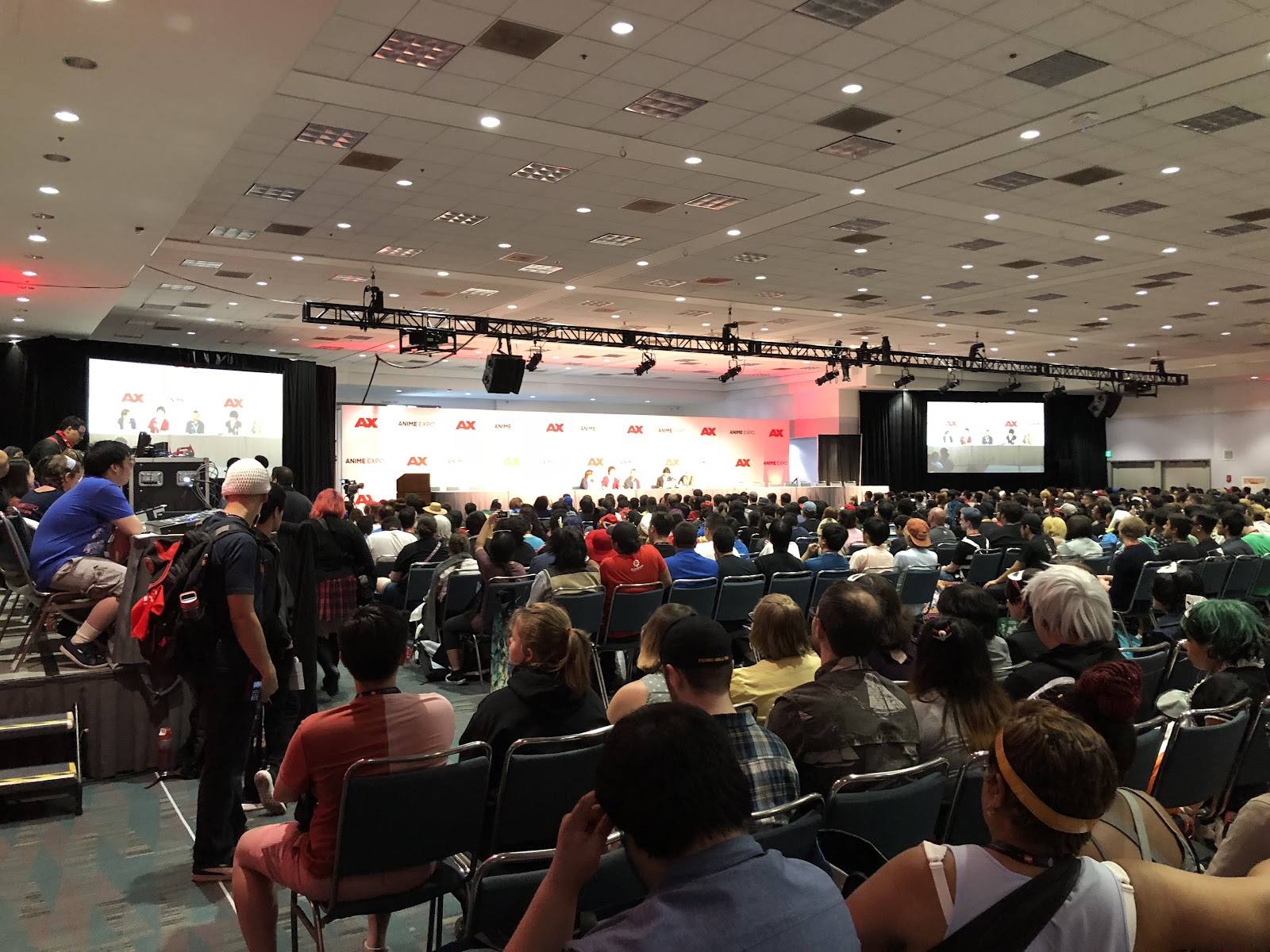 Have you played the whole game?

Ishihama: I have! I played it before I was asked.

Do you have a favorite PERSONA5 the Animation character? If so, who is it and why?

Adachi: I do. Futaba is my favorite, and it’s because she’s very cute. I like that she has a bit of a wild and nerdy side, and despite being the youngest, she’s wise, witty, and clever. She knows who she is, but at the same time she has those same weak moments.

Ishihama: My favorite is Yusuke, because he’s such a sincere guy! Even if the worst were to happen and if the world were to end, Yusuke would still be sincere. I love that about him. 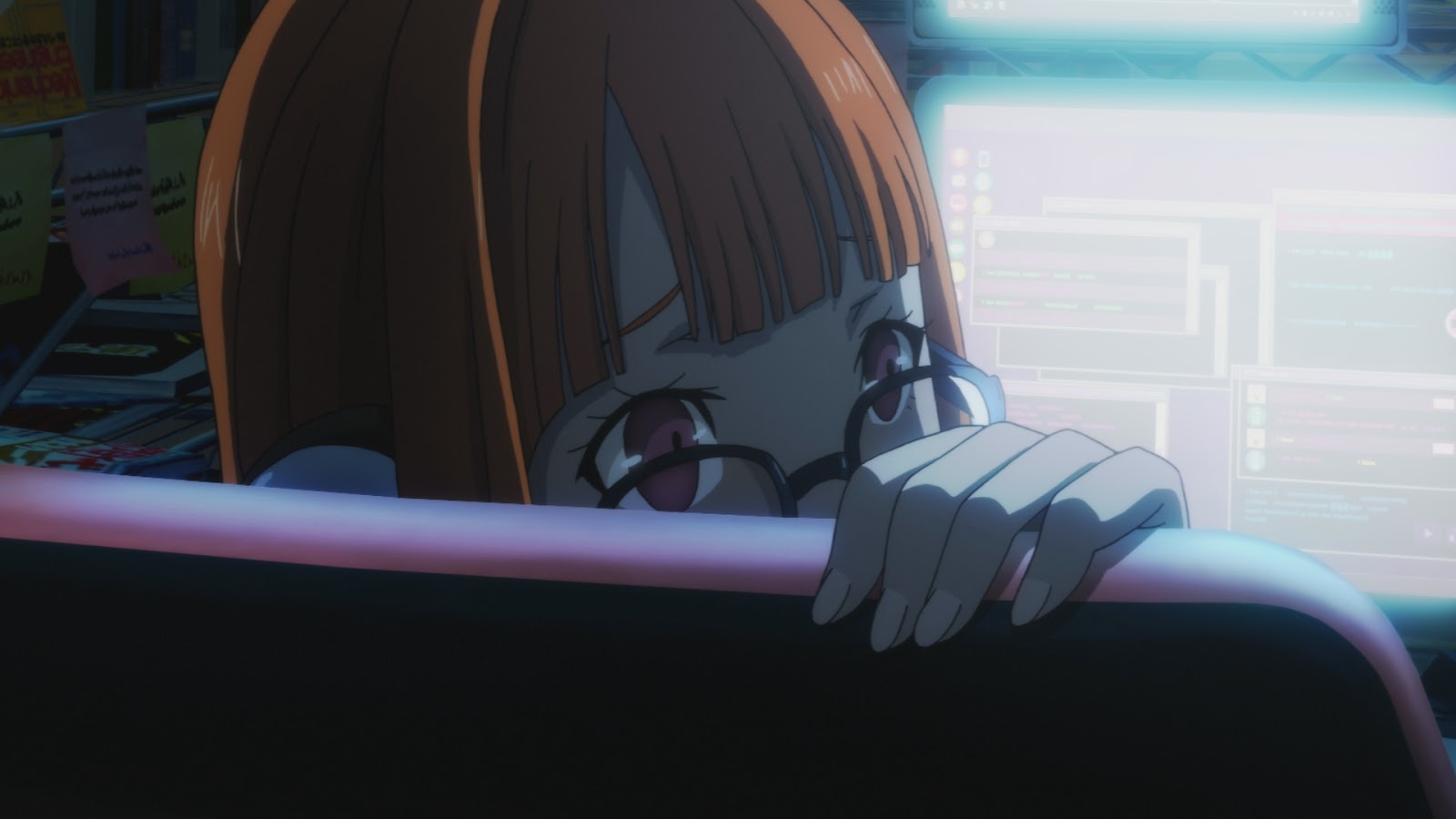 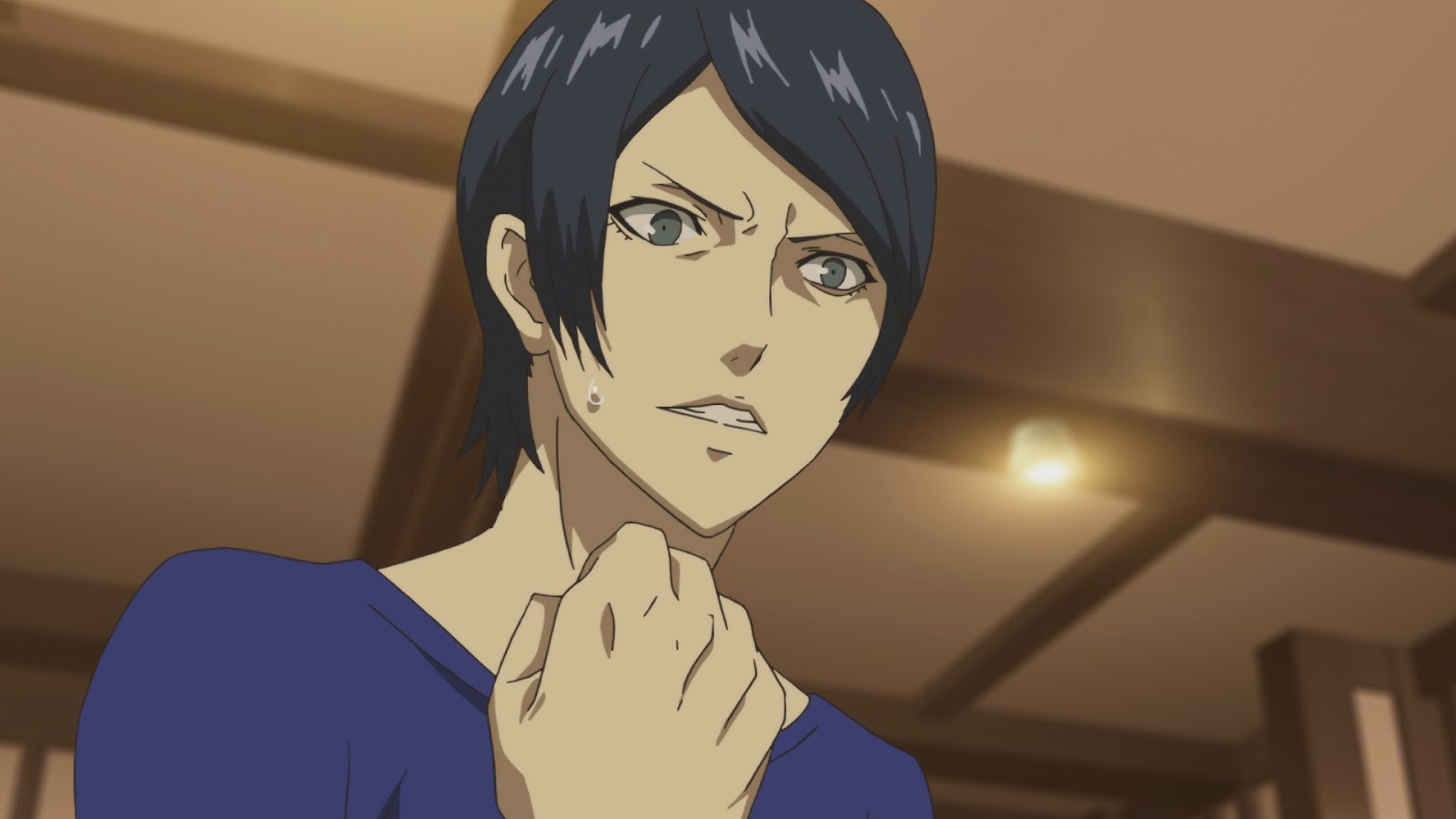 You’ve mentioned that you’ve played the game. What were some scenes that stood out the most to you, and what was the essence from the game that you wanted to put into the anime?

Ishihama: I can’t unfortunately tell you the biggest scene that was memorable to me, because it’s a spoiler! But it was very impactful. That said, if there was one word I could think of that reminds me of Persona 5 that I really wanted to put into the anime, it would be ‘mystery’.

Mystery! I’ve seen that trend across some of your previous works, like Shin Sekai Yori (From the New World) and a certain episode in Occultic;Nine. Can you elaborate a little as to what stylistic choices you’ve made in the anime to really draw out the mystery of Persona 5?

Ishihama: You’re right. I’m a huge horror fan, so if there’s any opportunity for me to emulate it, I’ll definitely try to put it in. That said, I’d say that unlike From the New World and the episode of Occultic;Nine I worked on, PERSONA5 the Animation isn’t necessarily a horror series. As a result, I wanted to focus more on the mystery, and bring it out in nearly every aspect I could… so it was almost like it was shouting out from the screen.

That’s pretty neat. Speaking of adaptation style choices, I remember in an early interview that you mentioned that PERSONA5 the Animation would have a different ending than the game. Without spoilers, can you elaborate a little on what this means?

Adachi: We’d love to talk about it, but once again spoilers! That said, yes we have made some changes…

I see! As a fan, I’ve noticed that Akechi Goro is very prominent in the anime at the beginning, whereas in the game, he doesn’t show up much later….

Adachi: That’s right. We noticed that because we have a protagonist, we needed to have a definitive rival. That’s why we wanted to have Akechi Goro in the core rather than slowly drawing out his presence. This way, he would have more of an impact and be more real. It would also allow us to have more time to connect with him - his motivations, his backstory, and how he’s investigating the Phantom Thieves. All of these decisions are based off of how we think the story would best flow. 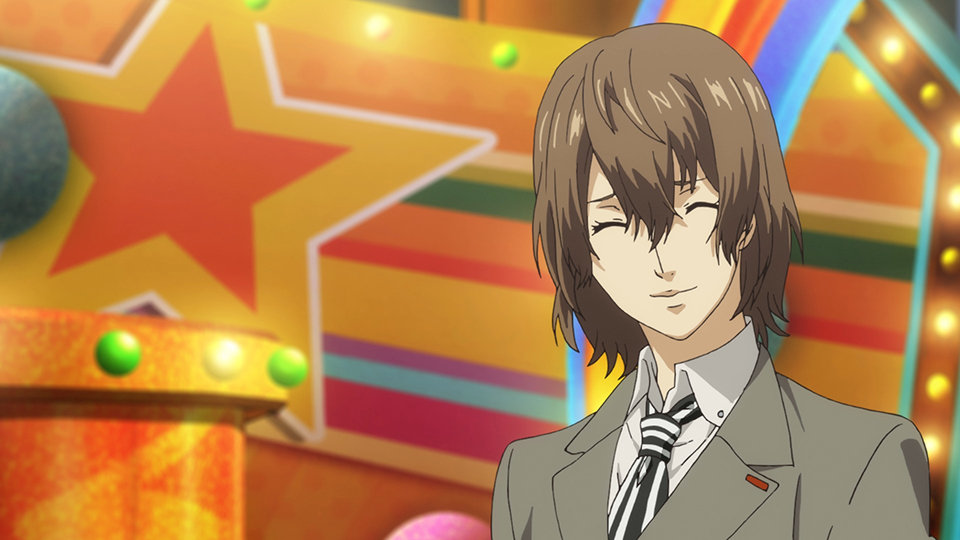 Kind of like Detective Conan or Lupin the Third, I see.

Ishihama: It wasn’t a conscious decision to really place him in the beginning but rather a natural outcome. He’s such a mesmerizing character, so as we were going through the story, he just kind of popped up early.

You’ve definitely made him very intriguing, especially in the opening of the anime. It’s one of my favorite parts, actually - seeing that kind of dichotomy with Goro and the Protagonist, but also the duality of Goro reflected as night and day. Was there any inspiration from the game that made you create those striking scenes in the opening?

Ishihama: ….it’s a spoiler [laughs]. I tend to be a director that puts spoilers into the openings I make though, so keep your eyes peeled!

I noticed. [Everyone laughs] 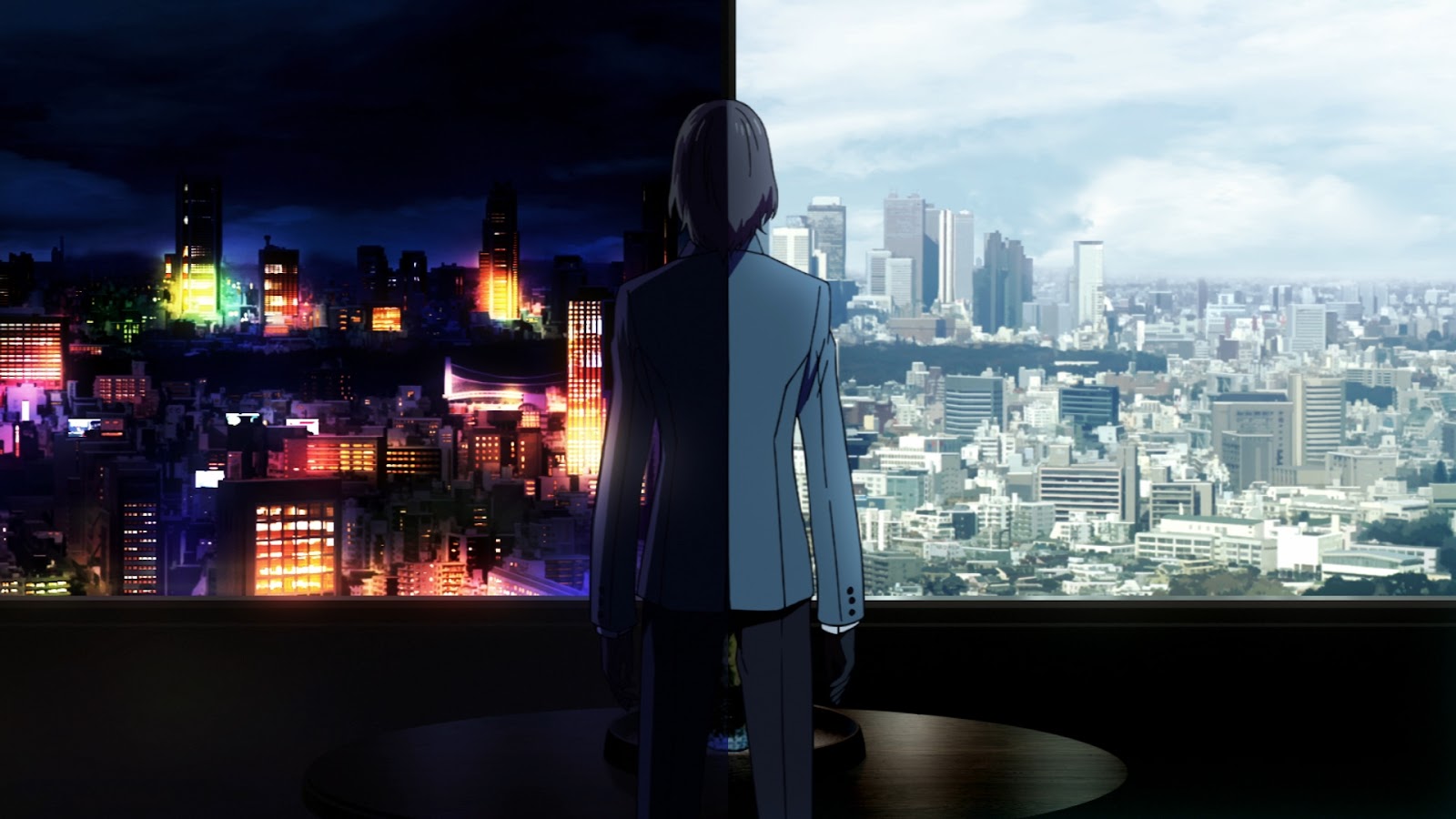 Ishihama, regarding openings - I’m personally a huge fan. They’re incredibly stylistic and distinctive, and really leave an impact on the viewer. Persona 5 is also stylistically distinctive, with bold flat colors and strong typography. I think it flows really well into how you create your openings. In a few words, do you think you could give some insight into the thought process for making these kind of openings?

Ishihama: Haha, that’s a tough question. My thought processes for openings really vary. That said, for PERSONA5 the Animation, I really wanted to portray the color scheme of the game itself. But I also wanted to include things I like as well.

Adachi: Oh, what would that be?

Ishihama: [Laughs] For this series, it was actually 80’s music! It’s funny because when you watch the opening, that’s not the first thing that would come into your mind, would it? But for me, it was a big thing! I almost completely replicated it in the opening. If you can figure [the reference] out or look for it…..[Laughs again]

I definitely will! I’ll take it as a challenge. [Everybody laughs] 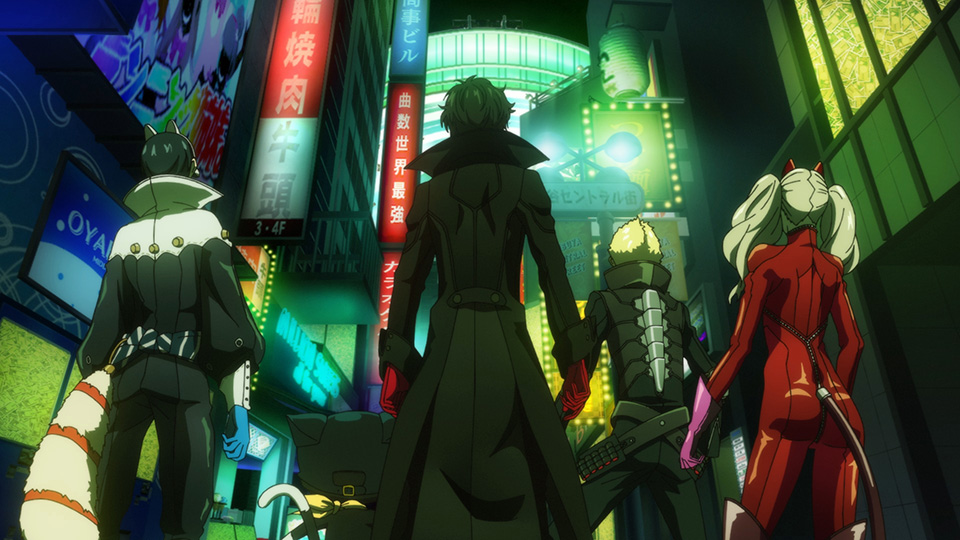 Adachi-san, this isn’t your first Persona project - you’ve also worked on the Persona3 movies and Persona4 the Animation. Is there anything different in terms of production that you’ve experienced working on PERSONA5 the Animation as opposed to these other projects?

Adachi: You know, it’s interesting - for Persona3 and Persona4, I actually had played the games before tackling the projects. This is because the anime wasn’t actually being made until after the game had come out. However, PERSONA5 the Animation was a little different! I was actually playing the game side by side with the production. This is because the anime production and game creation were simultaneous. Also, the staff was completely different.

Adachi: That said, we have Mr. Ishihama here, who’s such an amazing director. As you’ve mentioned, he creates such visually striking series and openings, and really understands how to create an impactful sequence. This is very important because Persona itself is such an artsy franchise. Having Mr. Ishihama connect the dots on how to bring Persona 5 to life and making it move is a wonderful chemistry. As a result, I think it’s so far the best production.

I would agree. Thank you so much for your time!

Adachi and Ishihama: Thank you! 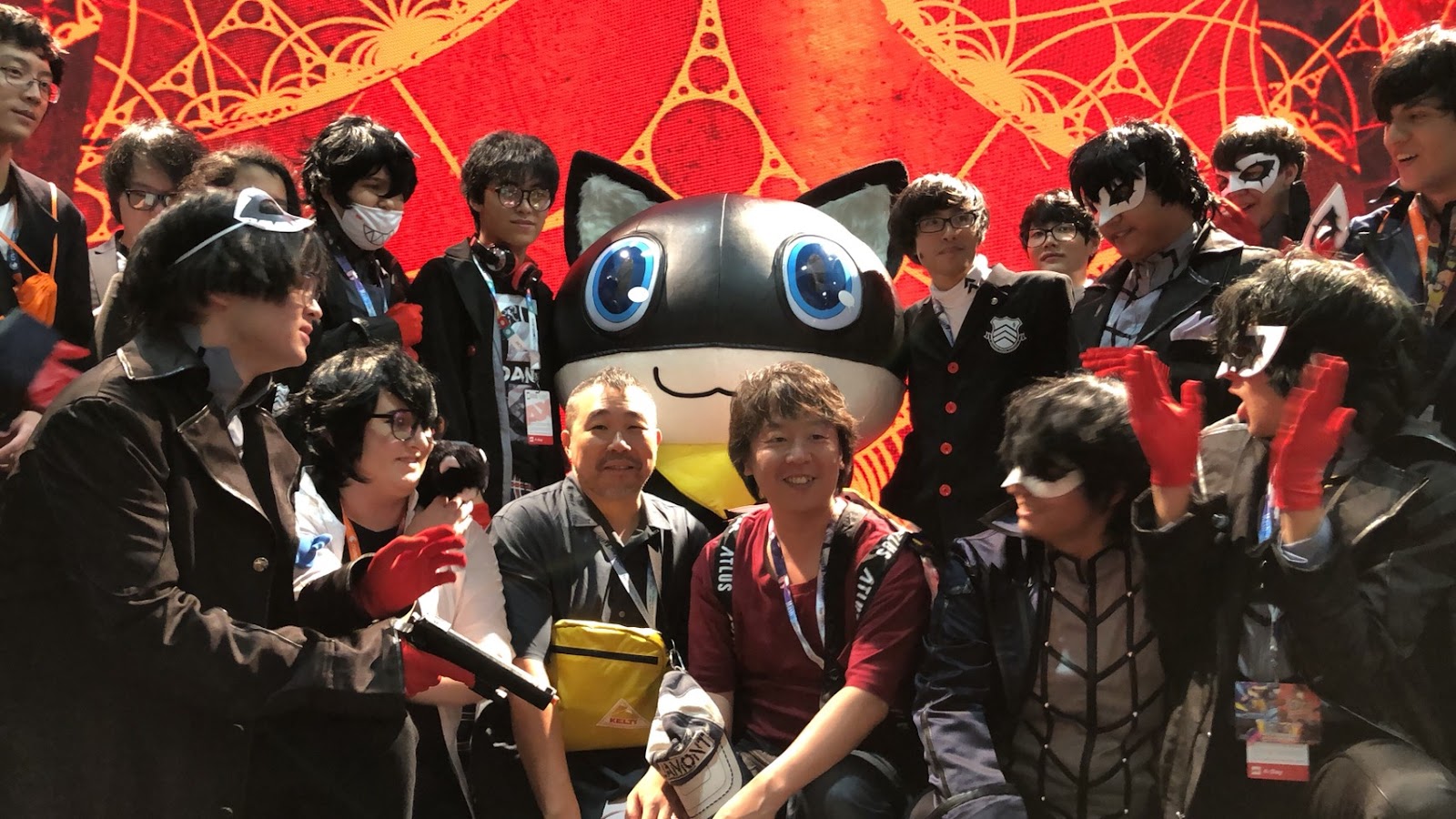