I Asked a Med Student What He Thought About Cells at Work!

Can a medical education help you predict the course of the series?! 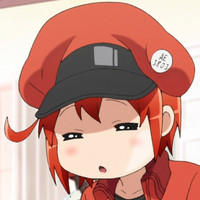 Cells at Work! has become one of the biggest hits of the season, entertaining and educating fans about the fundamentals of our own biology. Social media has been watching the series closely for hidden lessons taking place in the background. But with every story arc of the series, important new questions arise. How accurate are the events in Cells at Work!? Can I watch this instead of going to Biology class? I went to great lengths in search for answers, going so far as to ask my friend, former housemate, and current med student Jean to fact check the series. I got a whole lot more than I bargained for, as he believes an education in biology can help forecast the trajectory of the entire series!

Let’s start with a bit of self introduction. Can you share some of your credentials?

Jean: Sure! My name is Jean and I'm currently a 3rd year allopathic medical student in the US. Prior to medical school I obtained my degree in molecular biology and worked as a research coordinator in the field of cancer clinical trials. 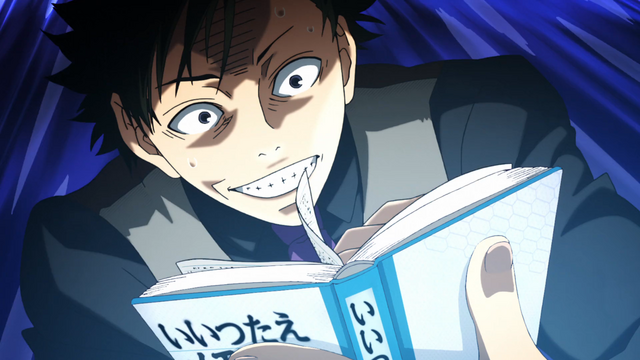 Jean: I started watching anime in my early teens with Dragon Ball Z and Yu Yu Hakusho on Cartoon network and once I realized there was a whole world of other genres and series, I was pretty much hooked. I generally will read the manga accompanied with any series I watch since I think there's some visual storytelling lost in the transition from paper to animation. I'd say I'm somewhere closer to a casual anime fan and tend to watch more shonen series' than anything else. Recent stuff I have been into have been My Hero Academia, Boruto, and Overlord.

When I came to you with this, Cells at Work! was already on your radar. Where did you first learn about it?

Jean: Yeah, it was intriguing! I saw a clip of it on Youtube and within a few seconds realized what the premise was. I just recently finished taking part 1 of my medical licensing boards so certain things really jumped out at me.

Now we just passed episode 3 and you’re caught up?

It's pretty amazing. I realized that, when studying for biology/physiology/immunology, you create these quasi-narratives in your head about how some things work. Great example, neutrophils are generally your first line of defense to any sort of inflammatory insult. I like to think of them of single-minded little soldiers roaming and ready to respond to anything when need be. ‘Lo and behold, the anime pretty much conveys this exactly. 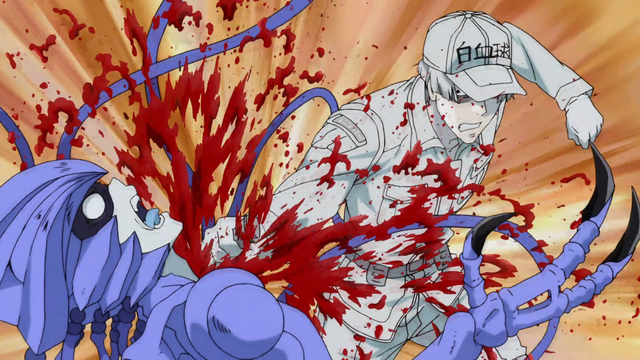 There are some other things that I didn't expect as well; platelets have easily become one of my favorite things. [Laughs] Biologically, I think they're kind of boring, but the anime attaches this really funny and endearing image of these little kids just trying to do their best and it’s super important!

Not only that, I've been really struck by how accurate certain things are there’s a scene that jumps out at me which is of the platelet kids laying down a massive fibrin clot. Ask any medical student about the coagulation cascade. It’s probably one of the more annoying things to memorize leading up to boards, but the basic idea along with some key initiator molecules were all there in the scene!

GP1B binding to Von Willebrand Factor, the addition of the coagulation factors to lay down the fibrin clot and the grand follow up of secondary hemostasis of everyone being brought together to keep the clot stable, it was pretty brilliant! Obviously, some details were missing (there are 13 coagulation factors) but the idea was conveyed very clearly and way closer to reality than I would've predicted out of an anime. 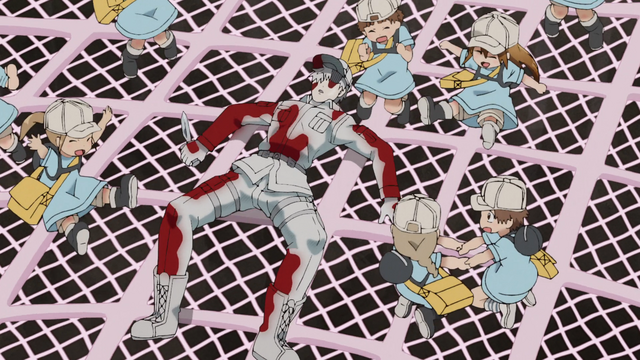 I did wonder about that. Both Red and White got caught in the clot but they make it back into circulation. I sort of doubted that would be the case?

I think that’s a bit of the anime offering a happier and less complicated picture of the reality. Some of those cells might make it back to circulation, but more than likely would be cleared from the bloodstream via the spleen shortly after. Basically what you're seeing is a scab by that point, and what do we do with scabs? [Laughs]

I was worried they might end up seeing the outside world...

Also, the 3rd episode’s depiction of T-cell activation is another really really tough concept in medical education that was tackled pretty well. I'm actually really looking forward to keeping up with the series because I'm really curious about how they will start portraying pathology associated autoimmune disorders and cancer. For an anime this adds a fun a plot twist since some of the characters may not always be heroes! 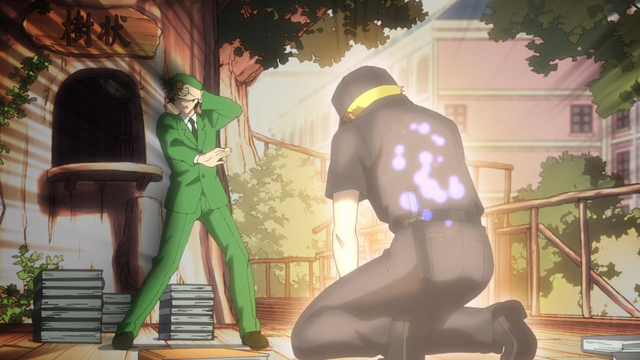 So that's where you hope the series will go next?

I'm about 90% sure it will. The progression of the episodes is actually very reminiscent of how you teach biology/physiology/immunology:

1. Establish and define the roles of the various players in the system2. Establish where they are and how they interact3. Start introducing pathology that alters these roles and interactions in ways that cause disease.

Funnily enough, that's kind of how anime plots work too, so I guess I would be surprised if they didn’t go that direction!

Wow, so the narrative has sort of been structured like a biology course?

Yup! Our hero is our friendly blood cell. Her pathway, job, and friends on her way are important to understanding the narrative as well as how we understand what blood is supposed to do biologically. World building in anime is important and actually the body offers a convenient blueprint for doing this in that our little blood cell has to get to certain places all the time! They've already set up some foreshadowing that we'll learn a bit about the spleen, lymph nodes, etc. The metanarrative is very much is lending itself to a systems based model on teaching biology/physiology/immunology from the starting point and perspective of a red blood cell which, to a bio nerd like me, is pretty damn cool. 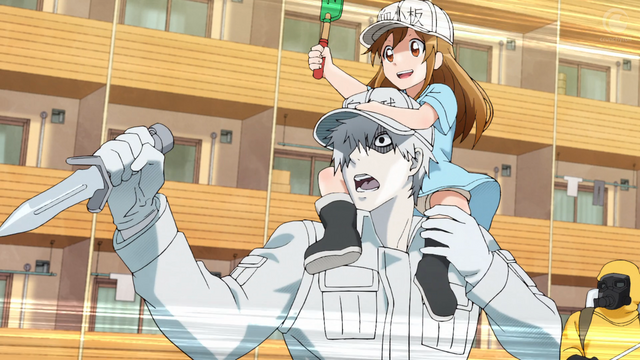 Social media has taken to the series showing off examples of biological features that have been introduced but not necessarily explained as sort of submarine lessons, like the idea of platelet satellitism being represented by the platelet riding on White’s shoulders. Did you pick up anything like that?

I think what is 'submarined' are actually some really cool basic things and not as esoteric as platelet satellitism. Streptococcus pyogenes and staphylococcus are a really good example. One of the big differences between Staph and Strep is that Staph forms clusters and Strep forms chains. The Strep villain has a long tail made up of little balls, like a chain, and our Staph villains dress is essentially the classic morphology of staph aureus. Both are gram positive cocci, meaning they show up purple/blue on a gram stain, and what are cocci? Cells that look like balls! There’s so much just right there in just the design. Additionally, Staph classically causes yellowish golden exudates, so it makes sense that she’s yellow in the anime. Also, Strep hiding in the box! Strep can actually use something called antigenic mimicry to avoid detection by the immune system, specifically the neutrophil receptors. Oh, and those boxes the platelets needed help opening! If you noticed, they read Ca2. That’s calcium! All our cells have intracellular stores of calcium and those little platelets need that calcium to do their job properly. It’s super underemphasized, but I thought was a cool detail.

Earlier on it sounded like you had some predictions for where the series would go?

I am really really looking forward to how they flesh out more of the Lymphocytes. The relationship between Neutrophils, Killer T cells, Helper T cells, Macrophages, Dendritic cells, and Activated T cells + B cells is super complicated. Lymphocytes have a bad rap for leaving a lot of collateral damage (that's one of the mechanisms of autoimmune disease) so spoiler alert! Our heroes may find themselves at odds with each other soon enough. 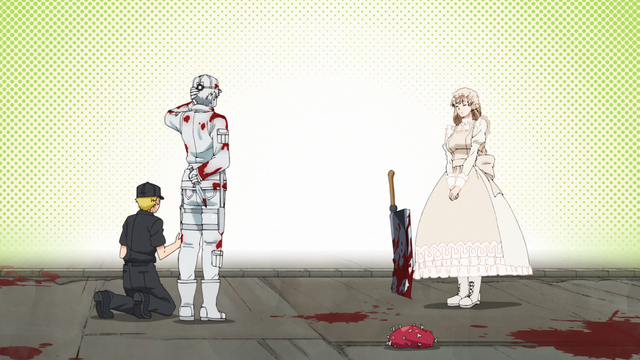 Are any of your fellow students aware of the show?

I'm not sure! I know a few are anime fans like me so I'll probably bring it up soon and see. I think a few might wish the show came out earlier when we were studying for boards! [Laughs]

Honestly, I was impressed with how they portrayed T cell activation. That visual has essentially replaced my internal paradigm on how I remember it now. It has been a really fun and fairly accurate picture of the big concepts at play, but I should be clear that cells at work in no way replaces a medical education. 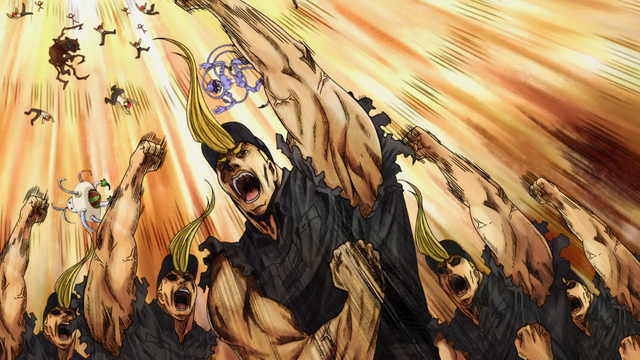 Alright, final question. How do you think you’d enjoy the series if you weren’t in medicine?

It’s hard to detach from that as a med student. The best I can describe is similar to what I loved about The Magic School Bus as a kid but, in a lot of ways, it’s a lot better. There's a continuous narrative here and I'm really invested on what our clueless young red blood cell gets herself into next. I absolutely think anyone who has any vague interest in biology/science would enjoy it. By no means do I think having any sort of official education on anything is required and if anything it's just a cool homage to how amazing our bodies and how hard they're working for us!

Also, random thought. It’s funny because our brainless Red Blood Cell hero kind of has an excuse for always getting lost: RBC's don't have nuclei! They don't come with instructions like many of the other characters, they kind of just carry what’s around and move on. 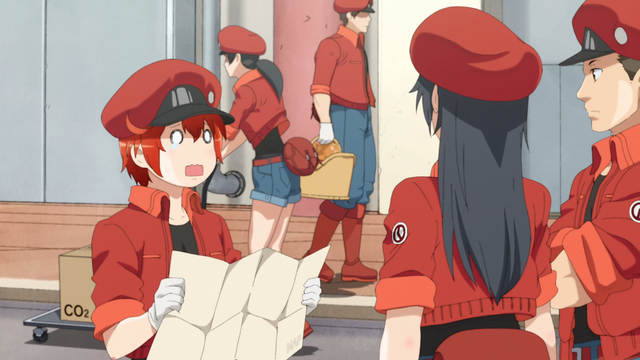 From an anime perspective I think its fun, it’s engaging, and for whatever reason I'm invested in the characters and I want to see where the RBC gets lost next; I want to know how she meets back up with our heroic WBC and gosh damn it, it's cute seeing those platelets just trying to do their best!