Is this revolutionary dish really better than an authentic soba meal? 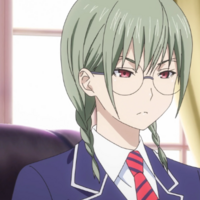 NENE vs SOBA vs SOMA! A battle to end all Shokugeki! Going in, we all knew what the outcome had to be- of COURSE Nene would win, she's a master at this stuff! Right? WRONG. Soma did the impossible- beating out a Soba champ at her own game with a revolutionary and mind blowing dish- the Duck YakiSOBA!

HAH! What a concept. Well, I'm here to tell you that Soma is not the only person to have had this idea. In fact, I, your beautiful, charming, intelligent, and humble food blogger have mused the possibilities of this dish long before I saw them in an anime. I mean, it's in the title. Yakisoba. You'd think that just meant fried soba noodles, right? Well, no. 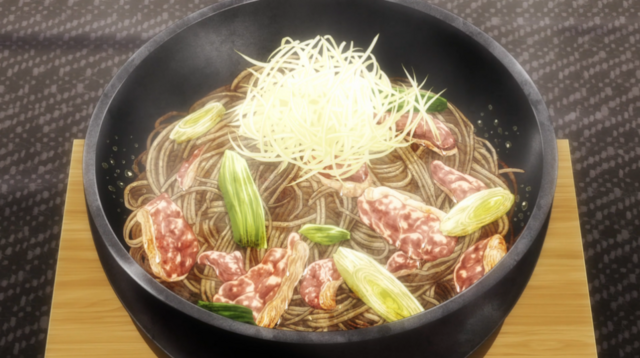 Traditional yakisoba, or yakisoba as it's eaten in Japan, is made with a wheat based noodle, similar to Chinese style noodles. This is because wheat noodles hold up nicely to frying- they soak up flavor, are typically pretty thick, and add a nice chew to contrast the pan-fry. Yakisoba as it's normally made is totally delicious in its own right- no doubt about that. HOWEVER, once upon a time (ie. the first time I make yakisoba from scratch), I tried to use actual soba noodles.

Well, I sort of tried. I got as far as buying the noodles before realizing they didn't look quite like what I was used to seeing. One very harried internet search later, and my hunch was confirmed. Soba noodles were not actually in yakisoba. I went back and bought the typical noodle, but that didn't stop me from wondering- what difference would using a soba noodle actually make?!?

That is why I'm very happy to have the opportunity to make this recipe here. I finally have a reason to follow through on my musings! And Soma does not disappoint, with a recipe that is easy and delicious. Well, easy provided you don't make your own noodles. I, personally, was not up for the challenge as I find hand making noodles almost never turns out well unless you really know what you're doing. Luckily, dried noodles that I boiled back to life were a perfect substitute- honestly I was so surprised at how well they worked here.

Of course, where I'm from in California, if you want duck breast, you'd better get ready to buy a whole duck. So I did. Butchering the poor bird was not as difficult as expected, but it did produce less meat than expected, so make sure you get a large duck if you decide to recreate this, for more meat. Becuase my breast was so small, the skin kind of fell off during the slicing process, but ideally you'd have a nicely sized cut of duck with a layer of skin and fat that should be perfectly pan fried to produce a crispy exterior. If I were to remake the dish, I'd definitely angle to get a bigger duck and make sure the slices were thicker, for an overall better bite of food.

Most importantly, you cannot miss the seasonings that should be sprinkled over the top. My favorite was the seasame ginger seasoning, but the pepper ginger was pretty terrific as well. These seasonings amp up the overall dish and take it to a whole new level of fun- what's better than changing the flavor of every bite of food? Nothing, I tell you. Absolutely nothing. 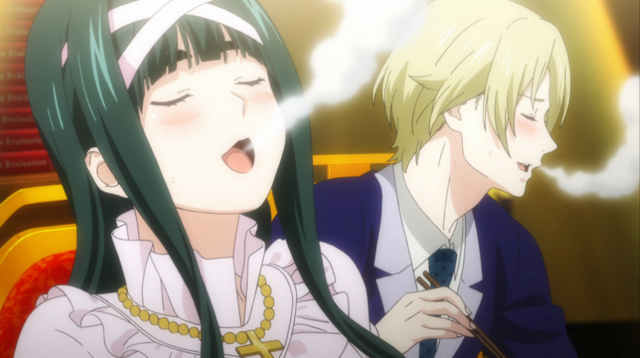 Is this yakisoba a win? It most certainly is! Watch the video below to see the full process.

Ingredients for the Duck Yakisoba

-3 bundles soba (should be a dark brown color)

-3 Green onions, sliced on the diagonal in 1 inch pieces

To Make the Duck Yakisoba

1. First make the sesame peppercorn seasoning. Toast a handful of sesame seeds and a good shake of peppercorns over medium high heat, about 2 minutes or until fragrant. Remove from heat, and grind with a teaspoon of dried parsley until you have a fine seasoning.

2. Make the ginger sesame seasoning. Toast a handful of sesame seeds over medium high heat, about 2 minutes or until fragrant. Remove from heat, and grind with 2 teaspoons of dried ginger and a teaspoon of dried parsley until you have a fine seasoning.

4. Bring a pot of water to the boil. Season with salt, and boil soba 2-3 minutes or until al dente. Remove and drain from heat.

5. In a wok or large frying pan, fry duck skin until you have a good 1-2 tbsp of duck fat in bottom of pan. Remove duck skin, and toss in cooked noodles. Break up in the pan, and fry 3-4 minutes until noodles become toasty.

7. Serve hot, with a garnish of green onion.

Tags
cooking with anime, soma's duck yakisoba, food wars third plate
« Previous Post
Check Out the Non-Credit OP for How Not to Summon a Demon Lord (NSFW-ish)
Next Post »
New Clip from Masaaki Yuasa's The Night is Short, Walk on Girl Debuts
Other Top News
1 Comment
Sort by: