Sometimes an isekai light novel to anime adaptation needs a little help from its scaly friends... 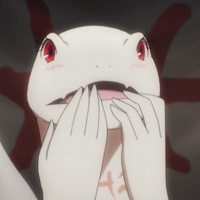 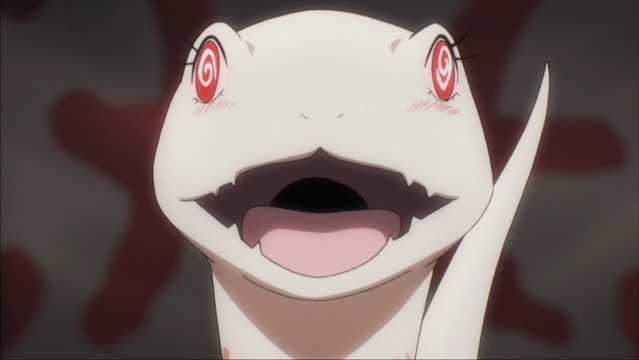 Warning: The discussion in this post contains plot details for Seasons One and Two of Overlord, including some spoilerific material. If you don't want to end up making this face... 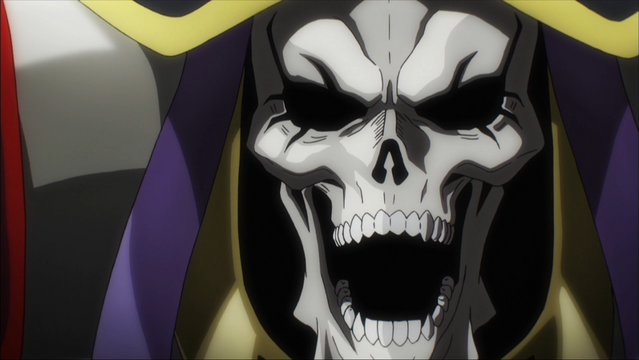 ...then, please, watch an appropriate amount of Overlord before you continue reading, to avoid being spoiled. And with that word of caution out of the way, it's time to...

Overlord is a TV anime directed by Naoyuki Itō and that features animation production by MADHOUSE. It is based on the series of dark fantasy light novels written by Kugane Maruyama and illustrated by so-bin. Crunchyroll describes Overlord as follows: 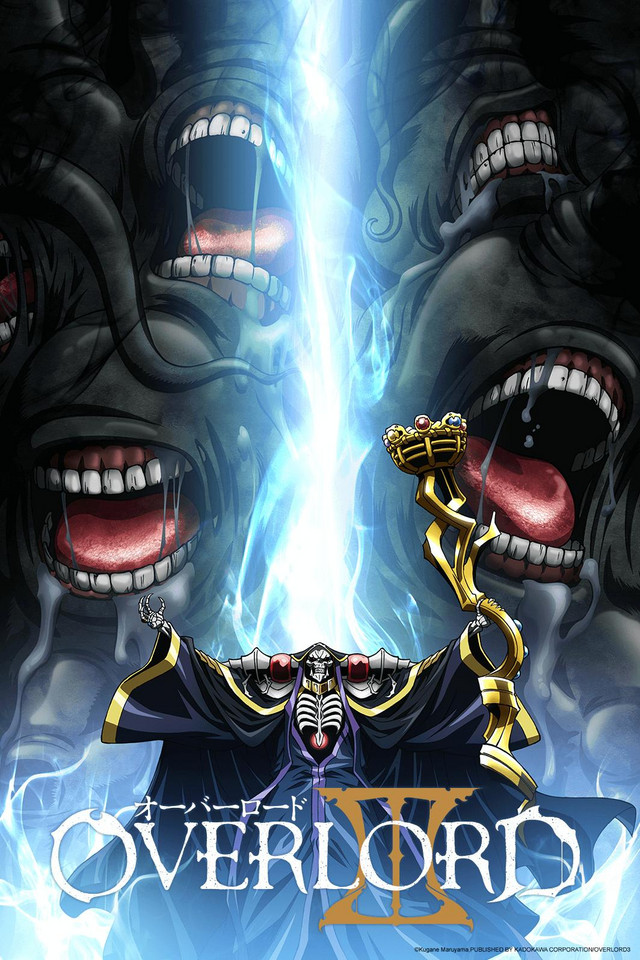 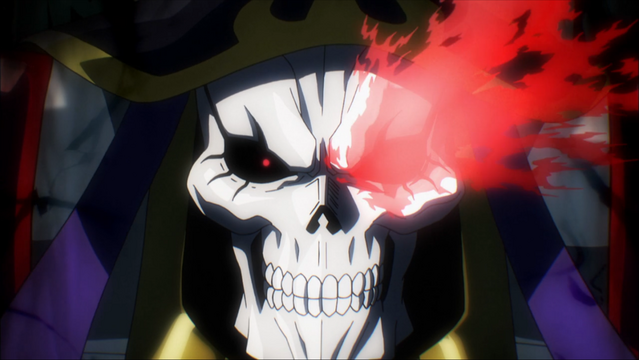 All of this may lead an astute viewer to wonder: if Ainz Ooal Gown (née: Momonga) is the titular overlord of the story, why are nearly five episodes of Season Two devoted to Zaryusu Shasha, Cursch Lulu, and the various other scaly folk of the Green Claw, Red Eye, and Dragon Tusk tribes? What's the deal with all the stories of reptile romance and all the tales of herpetological heroism? 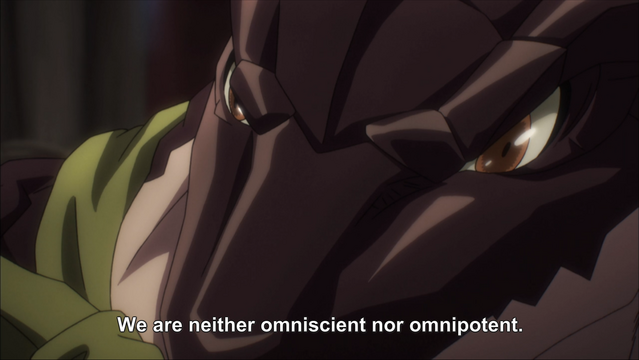 Another World of Vulnerability.

If you're even remotely familiar with Overlord, you know that the anti-hero protagonist, Ainz Ooal Gown, is powerful beyond belief. As a max-level Yggdrasil player, Ainz has access to high level magics, tremendous guild resources, pay-to-win cheat items, and an army of overpowered NPCs ready to fulfill his every whim.

As his clashes with Clementine, Khajiit, and the soldiers of the Slane Theocracy in Season One demonstrate, there is probably nothing in the world of Overlord that can stand up to Ainz in a fair fight, or even an unfair one. Even though in his heart Ainz is secretly a mediocre salaryman posing as a supreme being, he's still orders of magnitude stronger than anyone in the Overlord universe that the audience has yet encountered. 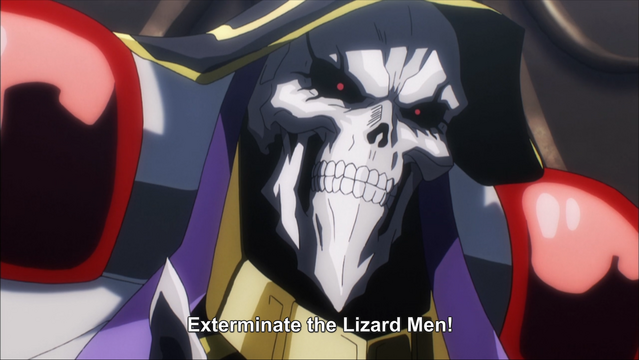 Ainz's unstoppable strength poses a problem, narratively speaking: there's very little drama in one-sided conflicts. Creating dramatic tension requires a careful tug-of-war in which the success or failure of a given side hinges on the actions of the characters, and this simply isn't possible when one side of the conflict can completely steamroll over the other.

So the first arc of Season Two of Overlord flips the script: Ainz fades to the background in a new role as the primary antagonist of the series, while the heroes of the story are ordinary Lizard Men and Lizard Women. Their struggles to survive drive the story forward. 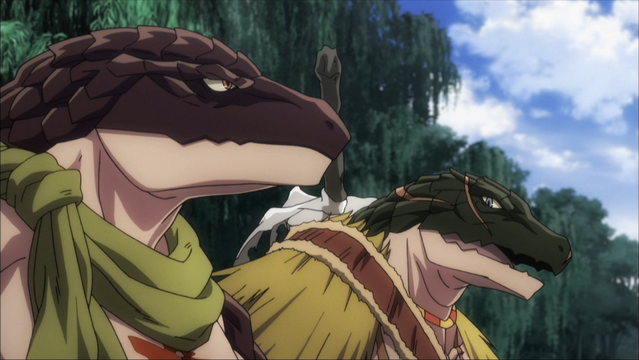 Another World of Stakes.

The primary perspective of this story arc is firmly focused on the Lizard People of the marsh. Over the course of five episodes, we learn about their daily lives, their history, and their culture. We learn how they eat, how they govern, how they make war, and even how they make love. We learn that, although they are appear tough and scaly, on the inside Lizard People worry about the same things as any sapient race: the approval of their families, the health of their communities, and the preservation of their way of life. 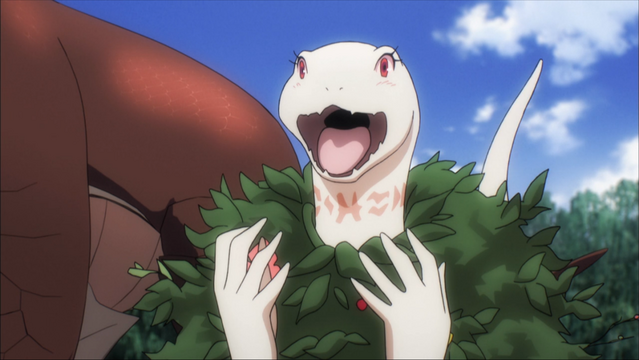 This hyper-focus on the Lizard tribes establishes that they possess a characteristic that Ainz Ooal Gown does not: the Lizard Men have something to lose. Ainz could easily stay sequestered forever in the Great Tomb of Nazarick, surrounded by his artifacts of unspeakable eldritch power and his adoring servants. The Lizard Men have no such luxury. They find themselves thrust into a war they did not choose against a foe they cannot defeat, and their very existence is on the line.

To find love and companionship, to never abandon hope, and to bear up and fight back in the face of certain extermination... that's the stuff of which heroic legends are made. The difference in stakes, both literal and emotional, ratchets up the drama in Overlord. For the Lizard Men, the fate of their whole species is on the line, while for Ainz Ooal Gown, it's just another Tuesday. 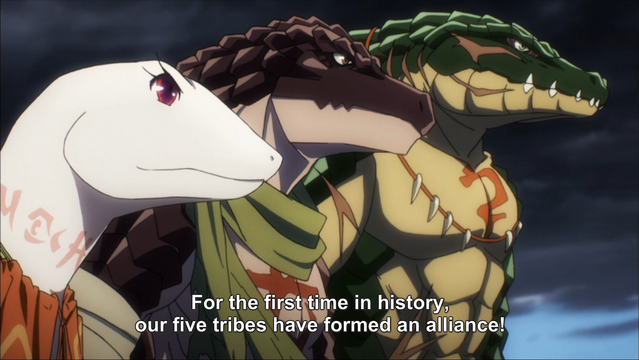 Another World of Humanity.

Even works of science fiction and fantasy are ultimately about the human experience in some sense or another, and there's both tragedy and dramatic irony to be found in the fate of the Lizard Men tribes. Zaryusu Shasha, Cursch Lulu, and the rest prove to be more human-than-human, or at least more human than the proverbial protagonist of the series, whose lichdom dampens his ability to empathize and to express the full range of human emotions. 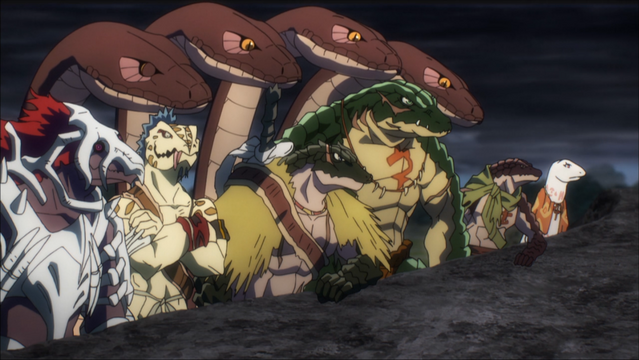 Adapting a light novel series to the medium of animation poses particular problems, especially in the areas of plot development and narrative structure. By introducing characters such as the Lizard Men, Overlord can tell emotionally rewarding and dramatically satisfying stories without sacrificing the elements of the setting that make the series unique among other “isekai” franchises.

Overlord continues this practice later with the stories that focus on other fallible, fragile, and ultimately human characters, such as Brain Unglaus, Climb, and the adventurers of the Blue Rose company in Season Two and the inhabitants of Carne Village in Season Three, but it all started with a group of lusty lizards. 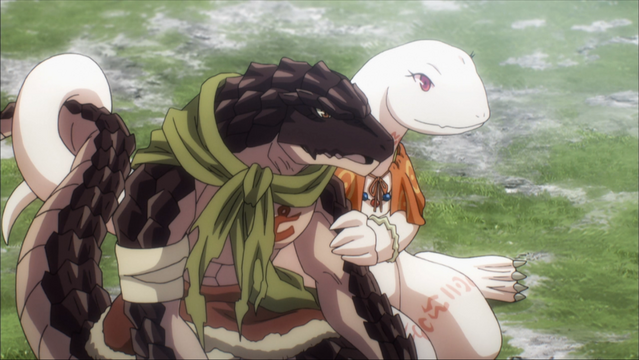 I Am the Lizard King.

So there you have it, folks. The adventures of the Lizard Men tribes is not just an excuse for the animators at MADHOUSE to subject the world at large to the sex lives of reptile people, but also to establish the sort of dramatic stakes, emotional resonance, and narrative tension required to make Overlord more than just a wish-fulfillment power fantasy with dark overtones.

I hope you enjoyed this exploration for “Isekai Week”, and I hope you continue to enjoy Overlord as it proceeds through Season Three (and possibly beyond?). Until next time, I'm wishing you wizardly wishes and lizardly dreams.