I Wanted to Write a Tourism Article, But I Touched a Mysterious Glowing Portal and Somehow Ended Up in Another World?! 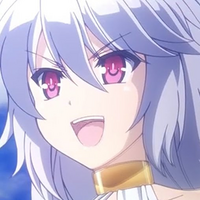 So, cards on the table, this wasn't the article I was originally going to write.

The plan in my to-do list—and the plan in newsroom chat—had been for me to head out to Japan, meet up with a friend there, and review a bunch of the collab cafés currently running. (Astute readers may have gathered that, since I cover the news pieces for like 90% of them, I'm kind of infatuated with them.) I had the reservations all set for all of them, I had my round trip ticket, got my passport renewed, the whole nine yards.

Then on the layover in San Francisco, I killed some time looking at the modern art pieces scattered around my gate, and... long story short, things happened, I touched what I thought was an interactive NASA display but oh silly me it was an interdimensional portal.

No lectures, please. Lessons were learned.

At the moment, I have two issues. One, I have ended up getting so turned around in my efforts to get home that I've actually ended up going through a total of seven worlds, none of which are the one I'm trying to get back to. Two, I have a feature due, like, now. So I figure while I'm waiting to meet up with this mysterious guy who looks and sounds eerily like my childhood friend, I might as well knock out two birds with one stone.

So, in lieu of what was going to be an adorable romp through anime-themed parfaits and soda, here's a travelogue of other worlds you may find yourself visiting someday. 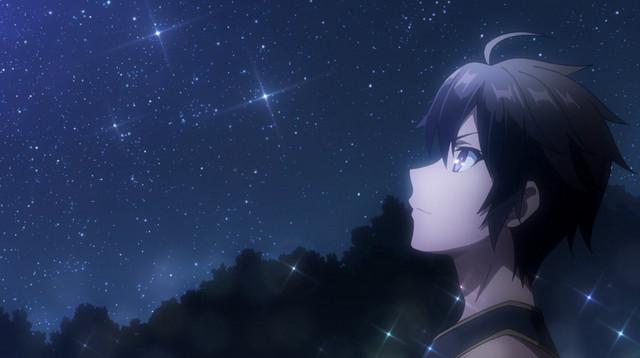 If I'm going to get thrown to the four winds, this isn't the worst place to start. Yggdrasil actually seems to have the same view of the stars as Earth, which means technically I was pretty close to home? Also, things aligned pretty well with Bronze Age technology and society, so it wasn't 100% culture shock. Well, you know, except for all the magic and stuff flying around.

Hospitality was pretty decent: all the local tribes were set up as "families," with a Patriarch at the head of each (male or female) and their followers referred to as children or siblings. Apparently loyalty within that system is a big deal around here, to the point that the success of peace negotiations can rest on that.

Then there are the Einherjar: straight-up magic using warriors. You don't want to mess with them, but as long as you're not on the receiving end of their attacks, they're amazing to watch in battle.

Best thing about Yggdrasil? Amazing reception. Data comes through like you're just sitting next to your router no matter where you go. Phone calls are a little tougher, though... you have to be near some kind of magic mirror to make it work. Which is fine if you've got nowhere to go. But, if someone had a loved one back home and had to keep leaving their base and knowing they couldn't call, I imagine that'd make them crazy after a while.

Worth the Trip?: The good news is that with a few web searches and some skilled friends, you can survive the primitive nature of Yggdrasil with some familiar creature comforts. (And then they get a new skill set!) Downside is, no matter how nice people are, if you're living anywhere with anything like society, you're probably about to be in a war zone. 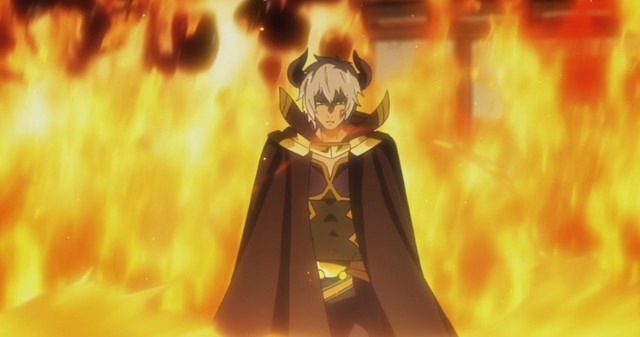 Okay, this one was a little weird. I swear I've seen this game around online (I'm more a Fate/GO girl myself), and pretty much everything I saw when I came through here matched up with the game. Same landscape, same types of people, and basically enough going on where if you know the game you can get around like nobody's business.

Here's the thing: everyone is super low-level.

Like, initially I was completely ready to believe I'd ended up inside a game. It wouldn't be the weirdest thing that happened to me on this trip. But everyone's "levels," even the really capable fighters were down in the teens. Then again, I guess when you're talking real-world adventuring, you're not going to spend several hours a day beating up monsters just to ding a higher level.

Interestingly, a lot of the ladies around here don't... wear a lot of clothes? I felt weirdly overdressed a lot of the time. That's not a fast rule, but it was not uncommon to see lower- and higher-cut outfits in fashion. (Take note and... I guess don't visit when it's cold?)

Worth the Trip?: If you're a gamer, you'll feel right at home. Things tend to function on game logic, but at a more "human" level. Just don't expect in-game creature comforts like teleportation. Though, if you're looking for actual straight-up game stuff... 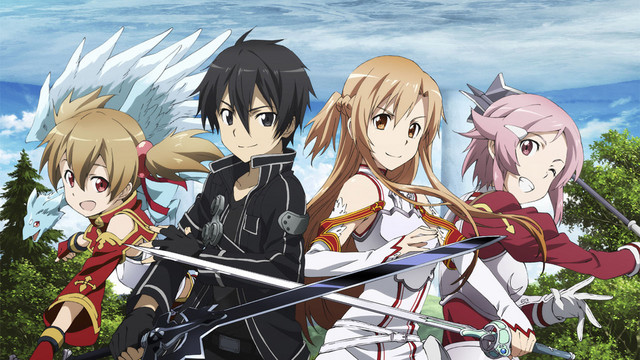 There we go. No fuss, no messing, no wondering what translates to what. This is a game. You're in a game. Welcome to an RPG that you actually, like, do.

I'm pretty down with that. I like swords, I like adventure, and being able to do raids and quests without having to worry about spinning the camera around. Extra bonus? Your fellow adventurers are from the same world as you. So less culture shock, less having to explain your bad references in conversation. Overall a lot more welcoming. Plus, it's gorgeous there—exactly what you'd imagine a fantasy world to be, with all the cool clothes and critters included.

There is one major down side, though... transportation out of there is not. Easy. And I don't mean like "flights are expensive" or "there's only one bus route." I mean like "you have to fight your way up a giant tower and not die and that might not even work." So not (and I speak from experience here) the best stop for a multi-stop trip where time is of the essence.

Worth the Trip?: Really depends how into it you are. If this is somewhere you specifically want to go, yes. If you have other plans in the next, like... rest of your life? Plan with care. 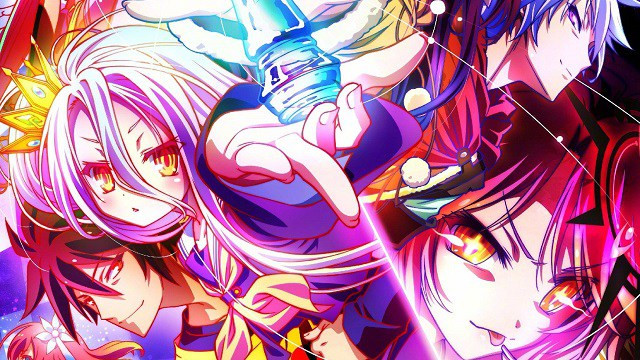 I mean... I'm sure it's just a coincidence that so many of the places I ended up in seem to have gaming themes to them. Maybe our world is the odd one out?

The world of Disboard is a dream come true if you're one of two things: an adept gamer or a flawless cheater. If you are neither of those things, though, you might have a bad time. Disboard functions on games in pretty much any way you can think of. Disputes on anything from rulership of a country to whether you're about to get robbed are handled via bets and competitions. And it could be anything, from a hand of poker to God-tier shiritori.

If you're crazy lucky or crazy smart, you'll probably rock Disboard within hours. But if you've got my kind of luck?

It might be best to leave the gaming to the pros.

Worth the Trip?: Even if you're a garbage-tier gamer, Disboard is really beautiful. So you can at least take in the sights and do your best to stay out of trouble. 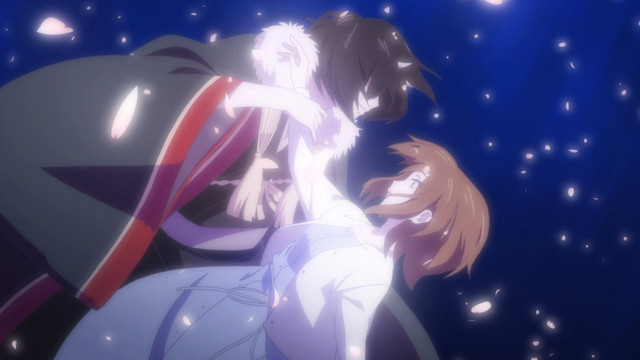 The first thing you're told about traveling in other dimensions is not to eat the food. But you know what? I'm already in too deep. Might as well enjoy myself.

The Hidden Realm is that mysterious place where gods and demons live—and when you have a realm of gods and demons, what do you need? Come on, you've watched enough anime to know this... that's right. An inn. And inns need food. Sadly, the Tenjin'ya has some pretty boring food in its main restaurant.

But turn a few corners and go around the back of the property, and you will find the best little Japanese/spirit fusion restaurant. Seriously, it's crazy good. And it's run by a human girl who learned how to cook for spirits, so you know you're getting quality.

Worth the Trip?: Completely. I mean, okay. Whether or not the spirits will be nice to you really depends on their personalities, so you might meet a few jerks. But that food.

The Kingdom of Belfast 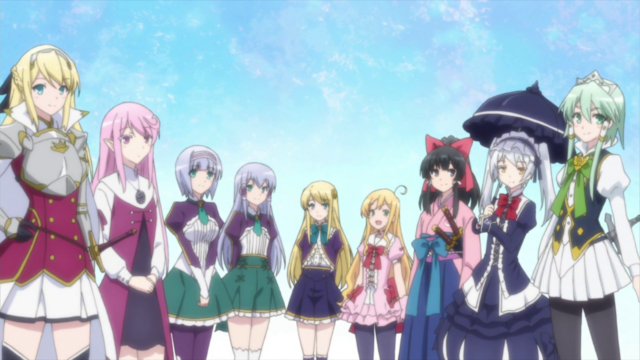 Belfast is part of a larger world that's accessible in one of two ways: you can either cross dimensions, or you can, uh... die. I highly recommend the first one if you have any sort of choice in the matter.

That said, dying and being reborn in this world does apparently net you some profits. There's been a case where the person reborn here was actually able to use all seven facets of the world's magic. (For reference, you're usually going to run into people who can use one or two at best.) That's going to make you popular... especially with the ladies, apparently.

Added bonus? Finally got reception again! This is another place where, if you've got any smart devices, you can make use of them once again. I'm not entirely sure what roaming charges are here and elsewhere... frankly, I've been too afraid to look.

Worth the Trip?: With good reception, plenty of magic to go around, and some frankly adorable fashions going on? I'll give it a thumbs up. 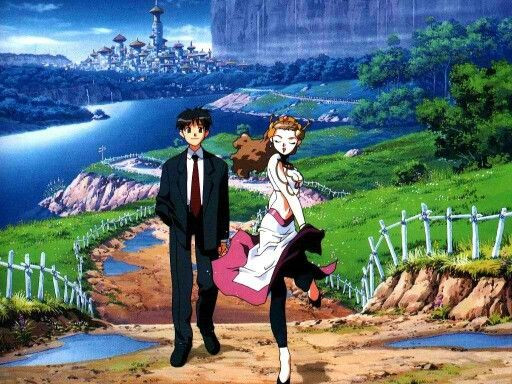 And so we come (maybe?) to the end of my journey. I hope. I think. With a stop in El-Hazard, a world that's equal parts ancient tech and Arabian Nights culture. And, you know, I kind of dig it. Beautiful scenery, really cool magic and machines, and...

Bugs? Oh. Yeah. I forgot. There's literally an entire nation of giant bug people. Called Bugrom. They also might be a little at war with the humans here, and their might be some doomsday items scattered around.

But I mean besides that, it's actually pretty fun. Lots of room to wander and explore, a variety of landscapes, interesting people... and bugs.

Worth the Trip?: Depends how you feel about giant insects and ancient biomechanical creatures — conditional yes.

If you find yourself in another world (whether on purpose or through a completely honest and understandable accident Nate), stay smart. Bring a solar-powered charger. Be prepared to rule at least one kingdom or tribe while you're there. Look for sad girls with glowing necklaces, because they tend to know what's going on—and whatever you do... try not to touch anything. [EDITOR'S NOTE: I'm only okay with Kara missing the cafe coverage because she brought souvenir snacks. We good.]

Tags
isekai, how not to summon a demon lord, the master of ragnarok & blesser of einherjar, el-hazard, in another world with my smartphone, no game no life, sword art online, kakuriyo -bed and breakfast for spirits-
« Previous Post
New Baki Anime Has DEVIL NO ID Taking over for Second Ending Theme
Next Post »
Kids Play Doubles Tennis in Hoshiai no Sora TV Anime in 2019
Other Top News
7 Comments
Sort by: