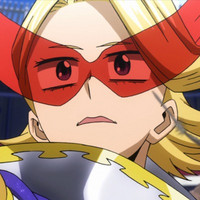 Last week brought us to just about the halfway point of the season which is traditionally where most one cour shows kick things into high gear. That's definitely been true for this summer. Our two net sport anime both finished their first serious matches that showed off some awesome and the shonen shows are leaning into their action (or… romance?) while some of the more dramatic shows just introduced the beginnings of their final conflict. If you’re watching Planet With, the show basically delivered a conclusion worthy of the last episode, so it’s anyone’s guess where the second half of the season will take us. Basically it’s all about turning points which is my, as always, semi-serious theme so, without further delay, here are the best clips from last week!

To be honest I had some doubt about this series early on. A lot of the melodrama played out really quickly and the resolutions to character drama felt unearned, but this last episode made me SO glad I stuck with this series. If the pace of the series was meant to bring us to this point thin it was all worth it. Without a doubt this has been my favorite episode of HANEBADO!, showcasing the series great animation in a match that perfectly balanced the evolving relationship between the players with some awesome technical back and forth of their play. This new turn with Hanesaki took me completely by surprise, seeing her optimistic return to badminton transform into play motivated by resentment and petty revenge is awesome.

Another net sport anime got its first serious match last week with Harukana Receive playing out the conclusion of HaruKana’s debut match against the former indoor volleyball duo Ai and Mai. While considerably brighter than HANEBADO!, the sports competitiveness is just as intense. I couldn’t help but feel sorry for Mai when it became obvious they were trying to run her ragged chasing Kanata’s pokeys back and forth across the court. It comes across as kind of a cruel strategy, especially with Mai putting so much pride in herself, but you have to take every advantage you can. The ending was spot on with Haruka finally tuning in her block ond score the final point. Really love the way they’ve been animating jumps over the course of the series, with forceful take-offs smoothly transitioning into a feeling of weightlessness.

Rachel no!!! I’m enjoying Angels of Death a ton and I’m not really sure I could tell you why. I expected a grim horror story, which is definitely present, but the main attraction seems to be the extremely dysfunctional relationship between Rachel and Zack as they try to figure each other out both in isolation or with the odd serial killer trying to get between them. The amount of comedy based on their back and forth was really surprising and… really good? This scene may be one of the darkest so far, revealing an aspect of Rachel that we hadn’t seen yet. Hard not to appreciate the dramatic masterstroke of mimicking Cathy’s “bang” before shooting her. For a reluctant killer, Rachel sure is good at it.

These last few episodes of My Hero Academia have been great, giving opportunities for most of the secondary characters in class 1A to shine. In addition to another great Momo Moment™ and Kaminari getting a chance to show off his new move against maybe the most horrific Quirk we’ve seen so far, Aoyama got a chance to shine (more than usual) in a really great way. Hopefully this is a turning moment for him since he’s mostly been interested in hiding when things got violent up until now, but his heroic sacrifice showing that he could always rely on his classmates just as they rely on him was really nice, even though I actually don’t like him all that much…

Our cheery boy is back with another great fight sequence that did some really neat stuff visually to represent his lightning speed. My favorite moment was the thumbnail of this clip. Luck narrowly dodges a punch and you can see the illumination from Vetto’s attack playing across his face in slow motion to really show you how narrowly he’s evading the attacks and gives a really realistic feel similar to some Quicksilver sequences in the MCU to represent what that kind of speed is like. For such a weird, dumb relationship Luck and Magna have, the episode made their interactions surprisingly touching. The following clip especially so with their forming a strategy together wordlessly.

That's all for last week! What was your favorite moment that you'd like to watch on repeat? What show has sunk its claws in you now that we’re halfway through the season? Badminton or volleyball?! Let us know in the comments below!