Anime vs. Real Life – A Holmes of Kyoto Pilgrimage Is the Perfect Way to See Kyoto

Check out the real-world locations of Holmes of Kyoto 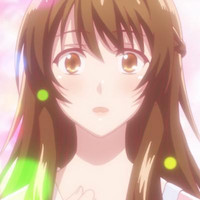 Stunning antique vases and invaluable paintings aren’t the only thing to marvel at in Holmes of Kyoto, as the show impresses with rich and colorful backgrounds of its titular city, all of which exist in real life!

The anime revolves around a young appraiser nicknamed Holmes, who’s known for his brilliant deductive skills, and his newly-hired assistant Aoi Mashiro, both of which are working in a small antique shop in Kyoto. Together, Holmes and Watson Aoi solve various mysteries and cases involving ancient artefacts and highly regarded antiques, bringing them all over the city of Kyoto. And there couldn’t have been a more fitting setting for a show about antiques than Japan’s cultural capital, a city generally known for its rich history and culture, as well as for its countless shrines and temples. Due to Aoi just having moved to Kyoto, she still has quite some sightseeing to do, thus the show takes us all over the historic city, showing us all its iconic landmarks. Let’s take a look!

*Images I shot myself will be marked ‘WD’, unmarked images were taken from GOOGLE STREET VIEW

Before we get to all the actual Kyoto landmarks, let’s first start off at Holmes of Kyoto’s main location, the antique shop Kura, located in the Teramachi Shopping Arcade. Unfortunately, the anime’s store does not actually exist, but it was still easy to determine where the shop would’ve been in real life, close to the end of the shopping street.

The long-stretching Teramachi Shopping Arcade runs all the way from Oike Street down to Shijo Street, and is packed with restaurants, cafés, and shops.

A few streets away from the shopping arcade is the Shijo Bridge, where you’ll be able to get this exact view of the Kamo River.

Just behind the Yasaka Shrine is the Nanzenji Temple with its massive Sanmon entrance gate. It’s possible to head up to the gate’s balcony just like Holmes and Akihito, but it was unfortunately already closed when I was there.

Past the wooden entrance gate is the temple’s main hall and the former head priest's residence. Inside you can get a look at the famous paintings on the temple’s sliding doors like in the anime. Holmes also has his first encounter with a master counterfeiter here, who seems to be turning into the main antagonist of the show.

Located on the temple grounds is also this red-brick aqueduct dating back to the Meiji Period, which conveys water from the nearby Lake Biwa to Kyoto.

A bit south of Nanzenji Temple is the beautiful Kiyomizudera Temple, with its iconic view of Kyoto, including the temple’s wooden veranda, which just can’t be missed in any show about the city. No wonder it’s also featured in Akihito’s TV show ‘Kyoto Days’.

Heading to the Arashiyama District in the far west of Kyoto is where the scenic Togetsukyo Bridge is.

In the center of the city lies the Kyoto Imperial Palace, which used to be the residence of the Imperial Family until Tokyo became the capital in 1868. The palace was shown in the anime in connecition with the famous annual Aoi Festival. The procession always starts here and then heads to the nearby Shimogamo Shrine.

The Kawai Shrine (although pictured from the wrong side here) is located in the Shimogamo Temple grounds. Aoi supposedly lives close by.

And now for a few more obscure Kyoto locations. Pictured above is the Kyoto University of Art and Design, which has also been featured in the opening of K-On! and even this season’s Free!-Dive to the Future-.

Every famous Kyoto landmark naturally has been featured in several anime before, but even the Kyoto Hotel Okura already had its share of anime fame. The hotel was where Nidaime from The Eccentric Family 2 was staying at in Kyoto.

Kurama Station is the final station on the Eizan Electric Railway, in the northern mountains of Kyoto. From there Holmes and Aoi take a hike to Kibune, a small town nearby.

They hike all the way up to the Kifune Temple with its scenic steep stone path lined by dozens of red lanterns. Holmes of Kyoto manages to impress time and time again with lush and colorful backgrounds.

As a reward for their long hike, they end up at one of the restaurants along the Kibune River, where it’s possible to dine on platforms over the river from June to September.

With still a few episodes to go, it’s apparent that a Holmes of Kyoto pilgrimage seems like the ideal way to discover Kyoto!

Which Kyoto locations do you think are we still going to see in Holmes of Kyoto? Have you ever been to Kyoto yourself? Sound off in the comments below!